A Walk on the Wild Side

What a great day out on Tuesday.

I met up with the walkers of the village down in the square at and a convoy of nine cars headed out of town! Up towards St Chinian in the , but then branched out onto minor roads, going higher and higher. Finally parked in a car park with a fabulous view over the countryside. It was such a clear day that you could see in the distance, about 30 kilometres away. 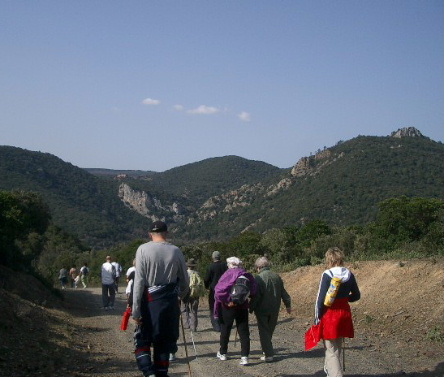 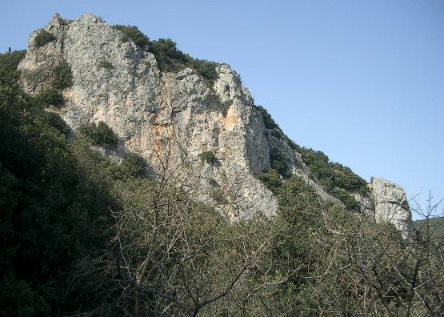 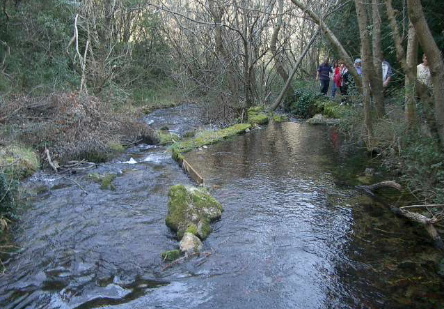 An old mill on the edge of the river. 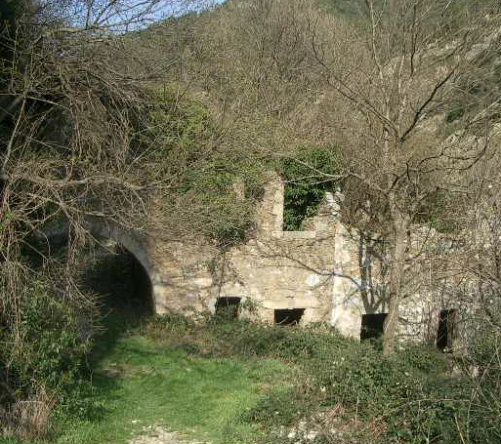 The destination of the walk was the source of a small river – the name I don’t remember! Not too strenuous and lasted about an hour and a half. It was such a nice afternoon out – some of the people I’d met the previous Saturday, and I met a few more. And it really was a good French lesson for me. I found out that a couple of people have a few words of English – and I do mean a few. It really is ‘immersion’ for me, so if I want to communicate, it has to be in my excruciating French.
And here's the source of the river - it seems to just come out of the rocks to the left, and commences flowing downhill from here. 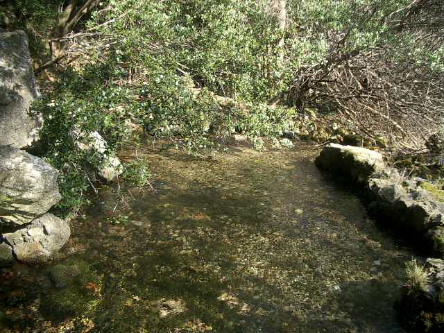 And at the end of the walk - back in the car park - coffee, tea and cake! 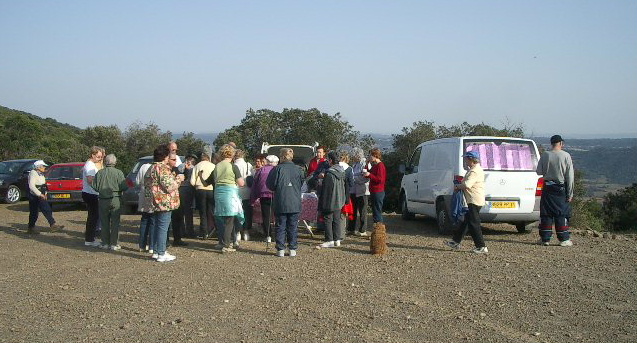 re the French lessons - I guess I am progressing – but very slowly indeed. I can understand more written than spoken that’s for sure. And my pronunciation really is my weak point. Denis, the teacher, despairs sometimes I know. I have great trouble getting simple words like ‘pere’ ‘faire’ etc to sound right. The frustrating thing is that it SOUNDS right to me! I swear I'm saying it the same way he is and hell, it's not as if I don't have to repeat things enough times in the class .........Perhaps he’s being kind when he says it’s probably my Australian accent that’s the problem.
The barn:
The plans have finally been submitted to the Maire’s office. From there, they go down to Lezignan, where they will stay with a government official for probably 2 months. As the architect says: ‘He is a busy man. He must have a coffee break. Then he must have the two hour lunch. And of course he has a 35 hour week. There are many planning applications to approve, and he is one man for the WHOLE area …..’.
But that’s not really a problem. Leading up to the August holidays when everything closes down for the holiday month, the builders are apparently very busy finishing off jobs. So it will take all this time to get quotes etc, with a tentative start date of September. Ah well. I’m in now, and it’s no big rush to get this done. It would be different if the house wasn’t comfortable. But it is – and slowly looking better too, as paint covers even more walls and doors.
at March 15, 2007