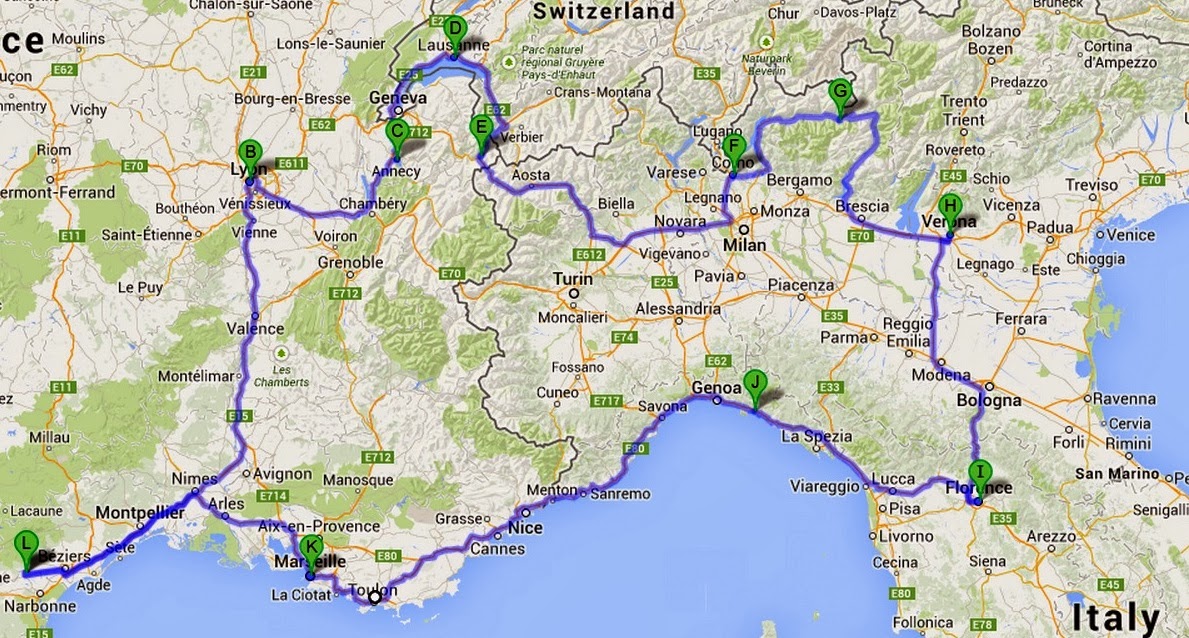 More photos can be found here.

I can’t believe where all the time’s gone! Dare I say it – it’s countdown to Christmas. Since my last post, I’ve had a house full of some of my Australian cousins and we’ve undertaken our road trip to Italy – it’s been nearly two years in the planning.

The grandparents of two of my cousins came from a little village in the north of Italy, near the Swiss border, and what started out as “I wouldn’t mind looking up that village next time we come to visit you, Deb” – turned into four weeks here, with nearly three weeks on the road and covering a lot of kilometres on high mountain roads and many many tunnels.

I don’t care if I never travel through another tunnel. The Mont Blanc tunnel was daunting because I couldn’t help thinking about the terrible fire some years back when many people died – but it’s now been made so safe that it was probably one of the easiest and less stressful to go through. It’s really well lit, speed is max. of 70 kph and there’s a mandatory minimum 150 metre distance between vehicles. The badly lit and polluted ones with no centre divider and speeding cars and trucks were the scary ones.

I shared the driving with Hass who did a lot of the auto route driving – we managed to clock up over 4000 kms in all. The car we hired seated 5 (we were five for the majority of the trip) with two extra fold out seats in the back. And that was for when another two cousins Colin and Fran joined us for our week in a villa outside of Florence. So 7 adults on day outings was ‘compact’ to say the least.

It's been a fantastic catch up with the rellies and we had a fabulous time on the road – we saw some amazing sights, had many many laughs, and ate some incredible food (I think one of my favourite dishes of all time now has to be gnocchi with porcini and white summer truffles …… to die for).

They’re all safely back in Australia now – and probably like me with a few extra kilos to deal with. Or not … what, with Christmas being just around the corner, perhaps that can be a new year’s resolution....