Back in June, I put up some photos of the baby kestrels on Allyson’s window ledge in Agel. Even though I went back a few times to follow their progress and – I forgot to follow up here. So here’s a few photos of before they flew the nest. Allyson said that even once they took to flight, they came back as a family for nearly a week or so – perhaps to spend the night in relative shelter before facing the world on their own! 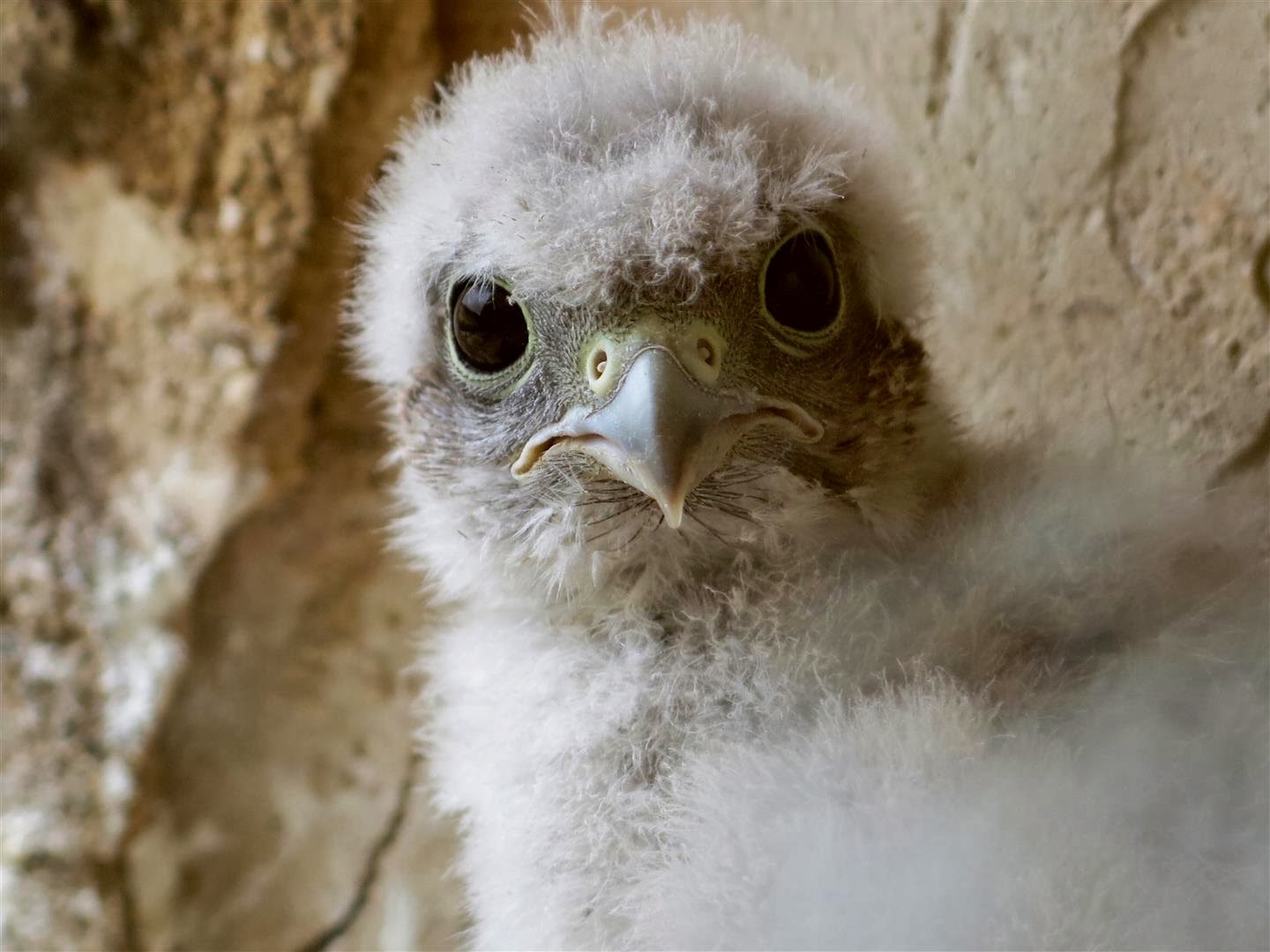 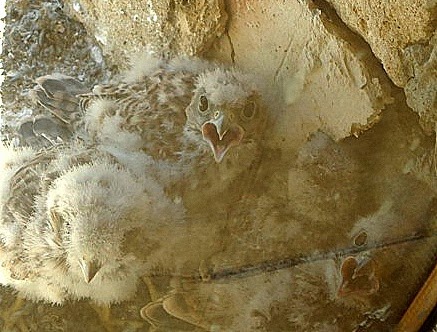 They're a bit wet and bedraggled in this photo. We were actually driving back from Montpellier when a short but rather fierce storm came through. We were actually worried that they may have been swept off the ledge. Fortunately all four were still there, but the horizontal rain had certainly got to them. 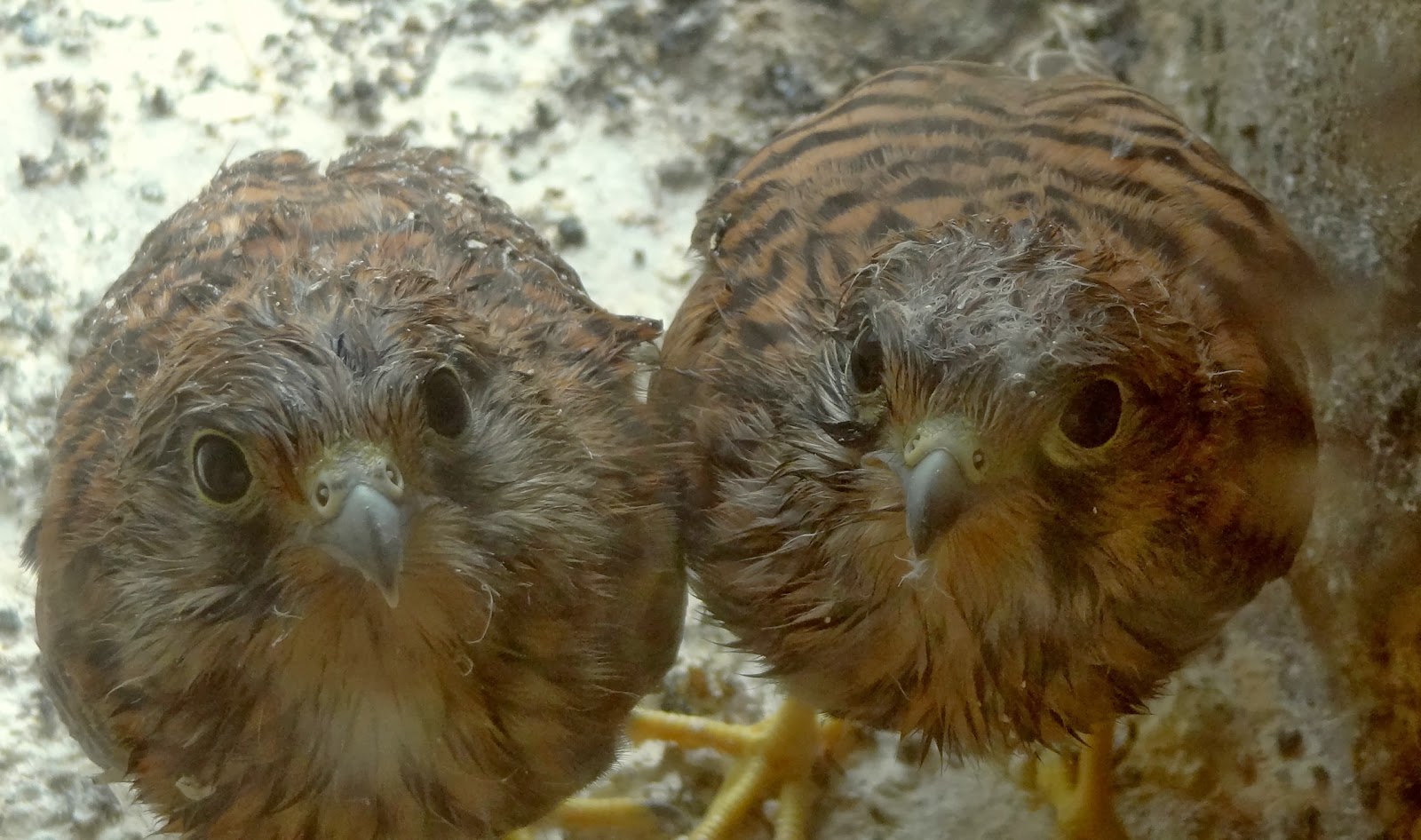