I’ve had visitors for the last four weeks, and it’s been great. For the first year, I didn’t have anyone stay with me over the hottest months, and that was quite good actually. I just don’t really enjoy getting out in the heat and the summer months at all the tourist sites. La Cite at Carcassonne is nearly always on the list, and at the height of the summer season, it’s shoulder to shoulder and not that pleasant.


However, this time of year is great, and let me say I’ve had a really good time with them all.

First to arrive were Anita, Arthur, Karen and Bethwyn – all originating from Albany. They only stayed a couple of days but we managed to see a bit, and Anita also had a horse ride around the hills up behind Bize.

Picking them up from the railway station, I enlisted the help / extra car space from Nic as she was in Narbonne doing some shopping. Nic wasn’t available for the return trip, so it was a matter of just having to fit in five adults, four LARGE suitcases and hand luggage. I got out the rope, prepared to tie some things onto the roof.

A previous experience of mine with tying something to the roof  (a mattress slipping off en-route) made me a bit nervous about going down this path. However, as it turned out, my fantastic little car fitted everything in. 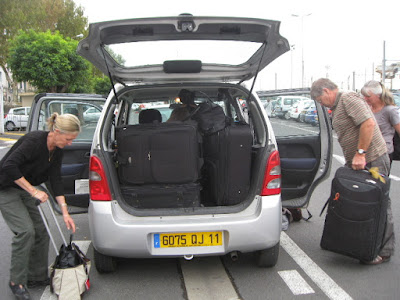 Mind you, the three on the back seat were padded with cushion on their laps so the largest suitcase could be nursed! An uncomfortable but fortunately not very long car trip. 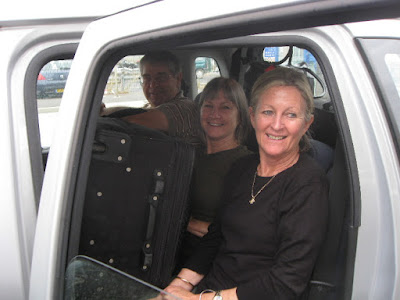 And then I had Roz (my cousin from Albany) and Shirley stay for a couple of days, before they headed off to Barcelona, Venice, Lake Como and Croatia – the thought of their itinerary (they’d already had a couple of days in Paris) leaves me exhausted. 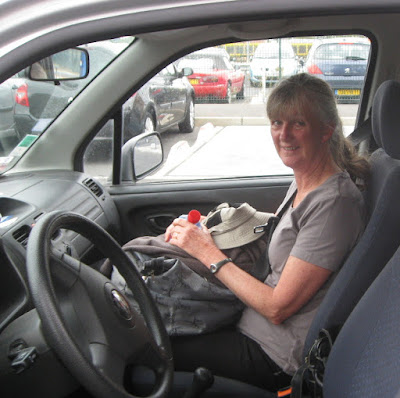 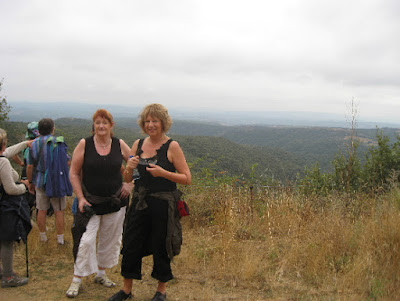 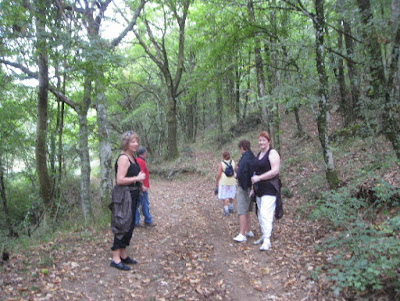 A walk in the Black Mountains
with the village group

And then I had my old friends Di and Pete (Albany) and Colleen and Martin with me.

Because of the work I’m doing on the wall, the outside space was a mess, scaffolding still up, rubble everywhere.

As I had a BBQ planned for their first night, Pete and Martin were the stars of the day. Not only did they move scaffolding/furniture etc, they swept and scrubbed and wiped down, set up the BBQ and at the end of the day, Pete cooked a mountain of meat for a large group of people.
Men at work:

And then there was the problem of the washing not drying quickly enough - so it had to be moved around to follow the sun - no problems:- 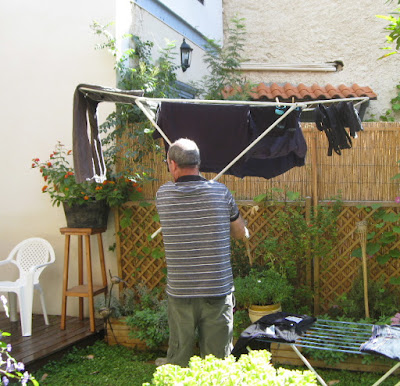 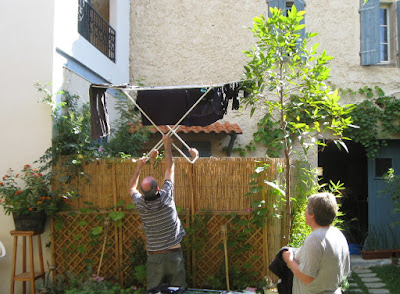 The BBQ itself wasn’t without a certain amount of drama. Normally I use bagged charcoal but last year I’d bought a large bag of ‘environmentally friendly’ corn-based BBQ fuel I thought I’d try.

As it turned out, cooking many kilos of meat was not the time to try an untried BBQ fuel. It was just the dried out part of the corn cobb once the kernals had been removed! Dry and light as a feather, so I should have known it wouldn’t burn for long, but foolishly pressed on regardless. 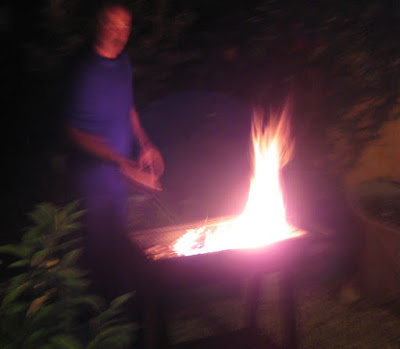 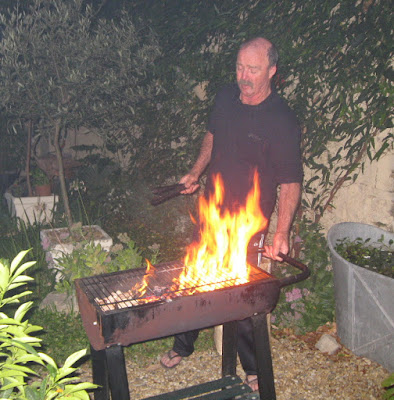 So the barbecue fluctuated from a roaring inferno, fed by the fat from the duck breasts, to a pathetic pile of ash that really didn’t finish cooking all the other bits and pieces very well. 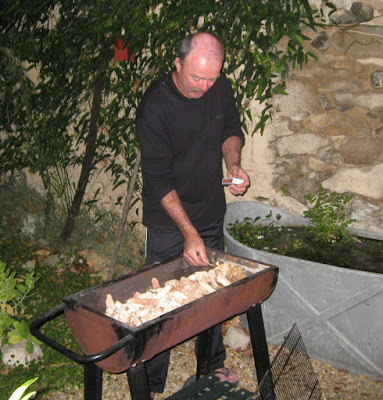 On their last day, we decided on another BBQ. Although Pete no longer works as a butcher, that was his initial trade, and he was badly wanting to visit the village butcher shop.

I did a bit of a story about  M.Robert and his shop last year, just before he retired. Since then, the butcher shop has had a complete re-fit and is now very modern and up-to-date inside, although they have retained the old walk-in cooler room with the old original wooden doors. And although M.Robert is officially retired, he’s mostly to be found in the shop helping out his niece.

So Pete and I paid them a visit for some of his great pork sausage, and fillet steak for a final evening meal before they headed off to Paris.

And Pete wanted to know if he could cut the steak. So I asked Claudine – and she said – ‘of course!’. And here he is, happy as a sandboy ………… 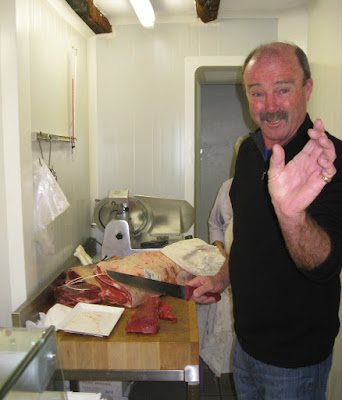 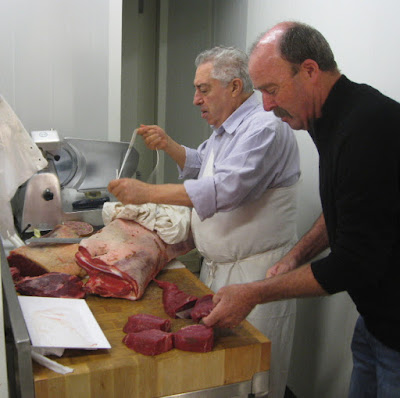 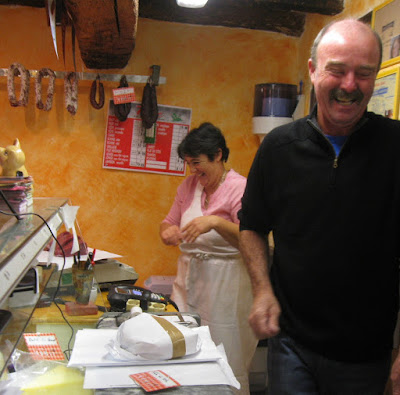 And before they headed off to spend their last five days in Paris, we managed to get out and about and take in some sights, and visit a few restaurants....... 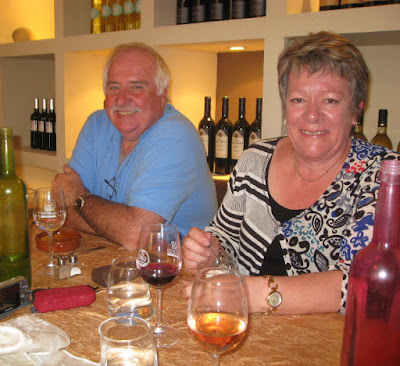 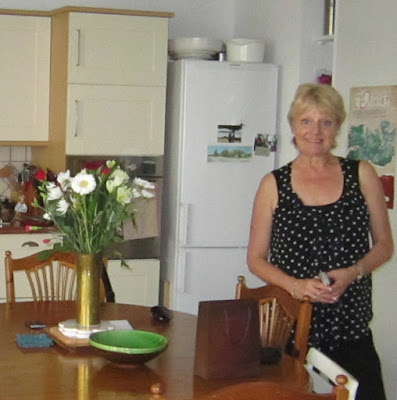 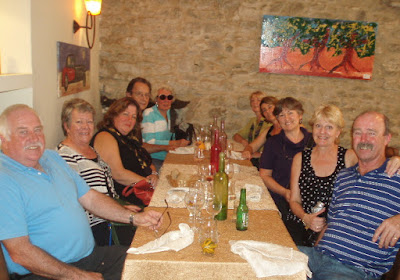 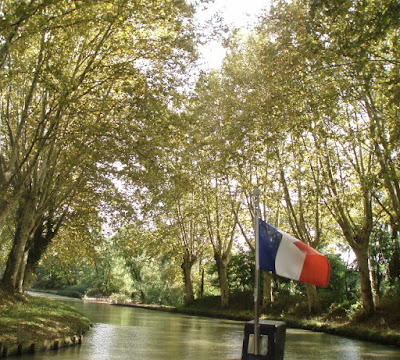 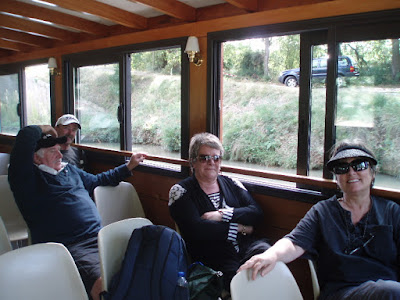 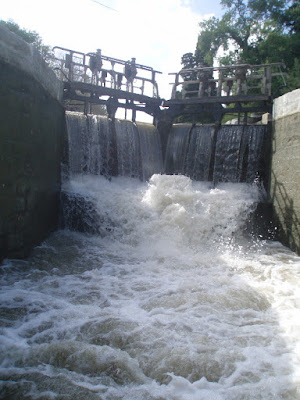 Inside one of the locks 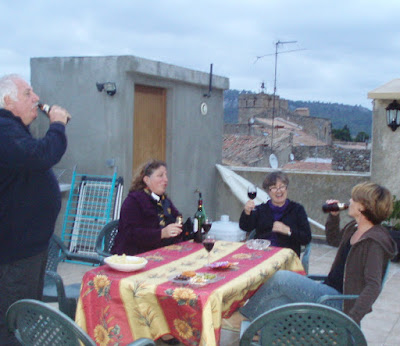 A few drinks on Nic's terrace 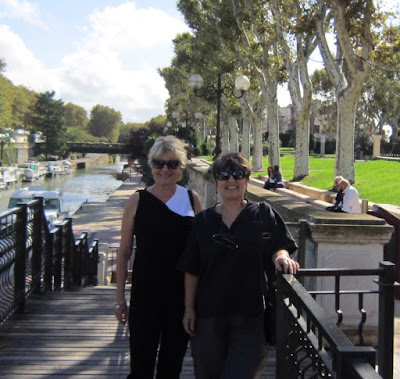 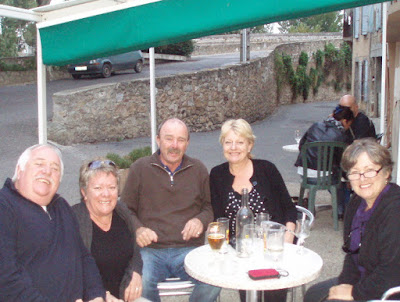 At the village bar

An unexpected 'trip' in the vines for Colleen..... 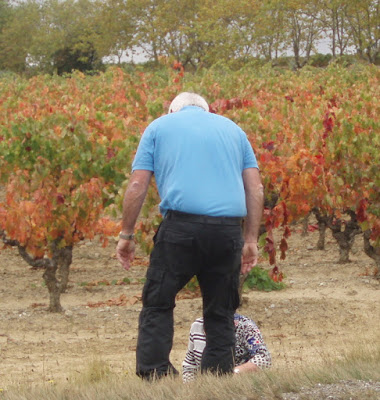 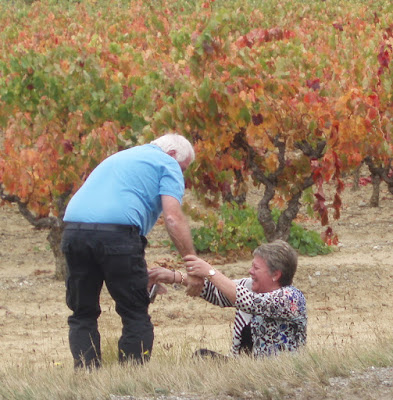 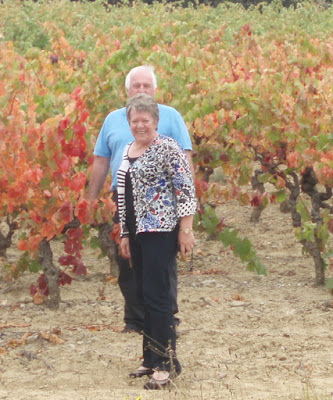