Except for a few open doors and windows of the village houses that were flooded, and a few piles of furniture outside in the sun, you wouldn’t know the village had been inundated. The clean up was certainly fast and efficient.

There’s a lot more evidence along the riverside. The vignerons have not long finished pruning the vines – they now have another lot of work ahead of them. 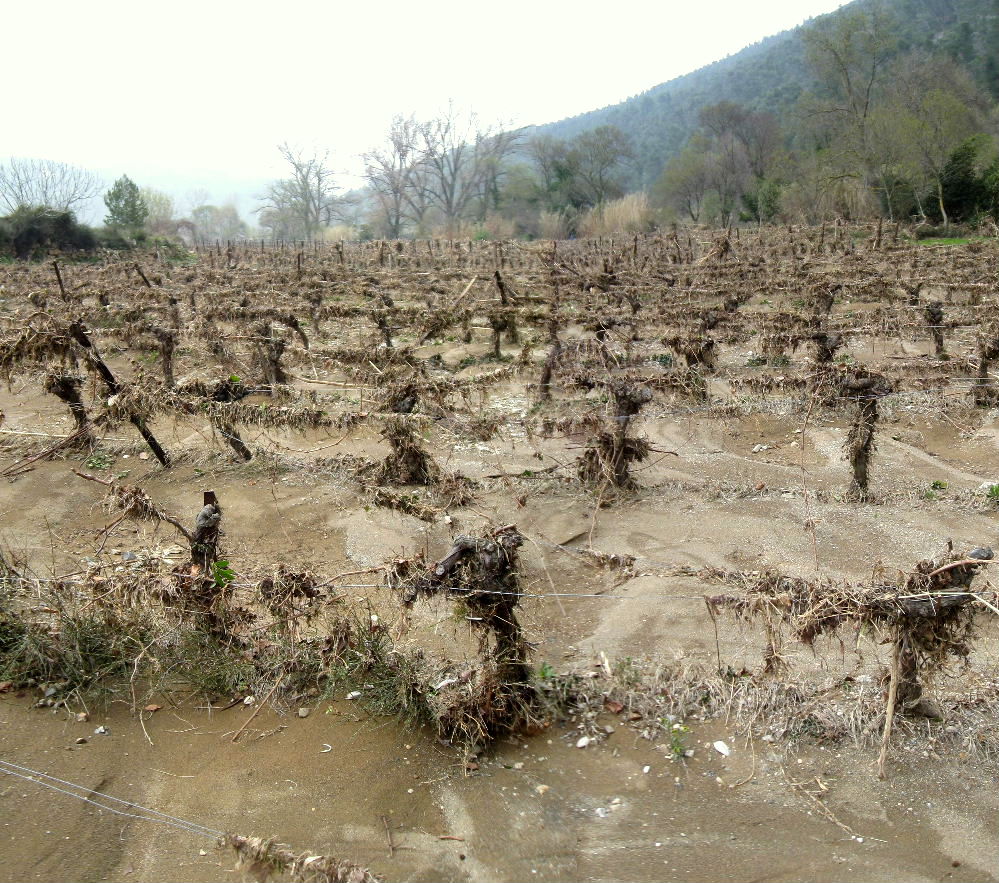 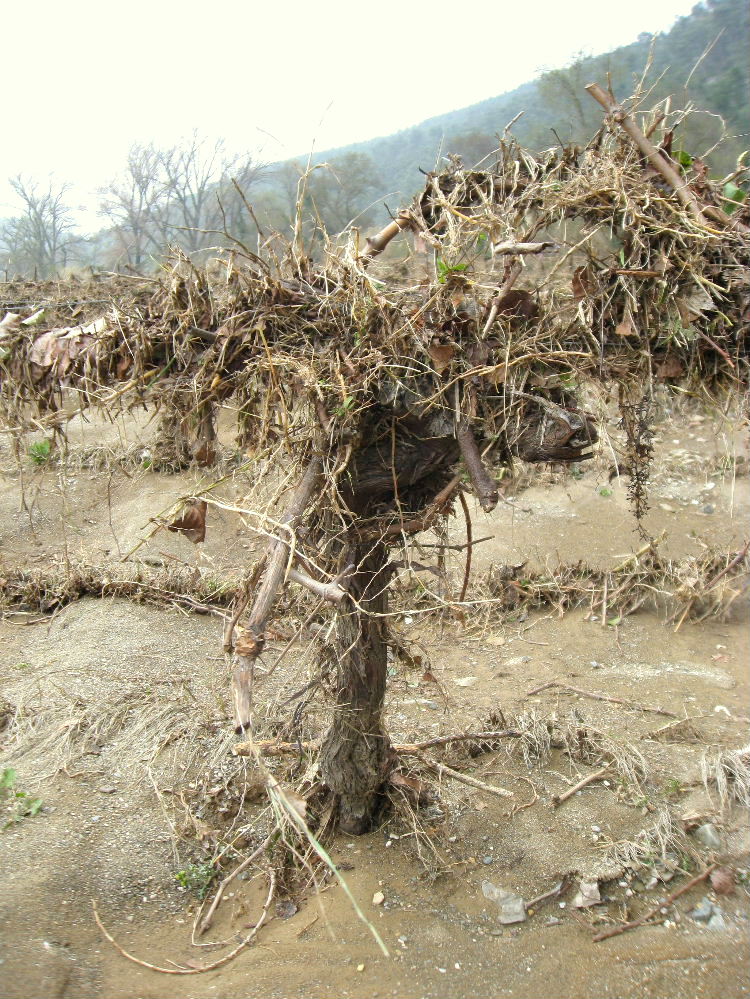 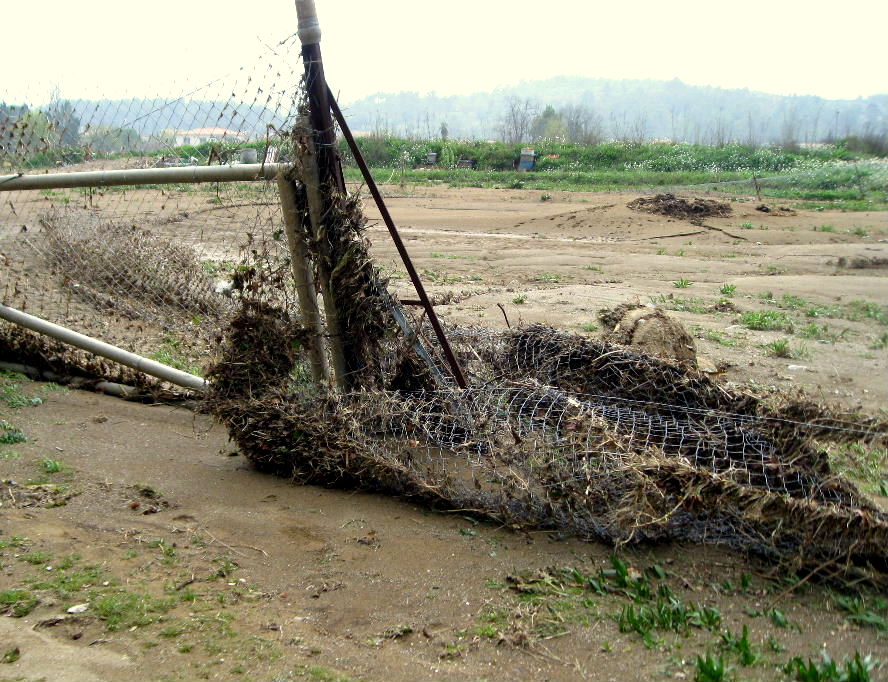 We did a small good deed for the day – we came across a small puddle at the edge of the vineyards that had all but seeped away. It was quite some way from the receding river, and had about a dozen little river fish trapped in it, flapping around. We had nothing with us that would hold water, except for my old umbrella.

And so that became the vessel to scoop them up and given them a fighting chance back in the river. If they manage to stay in the relatively quite spot where I put them, away from the torrent, then they should be ok….. 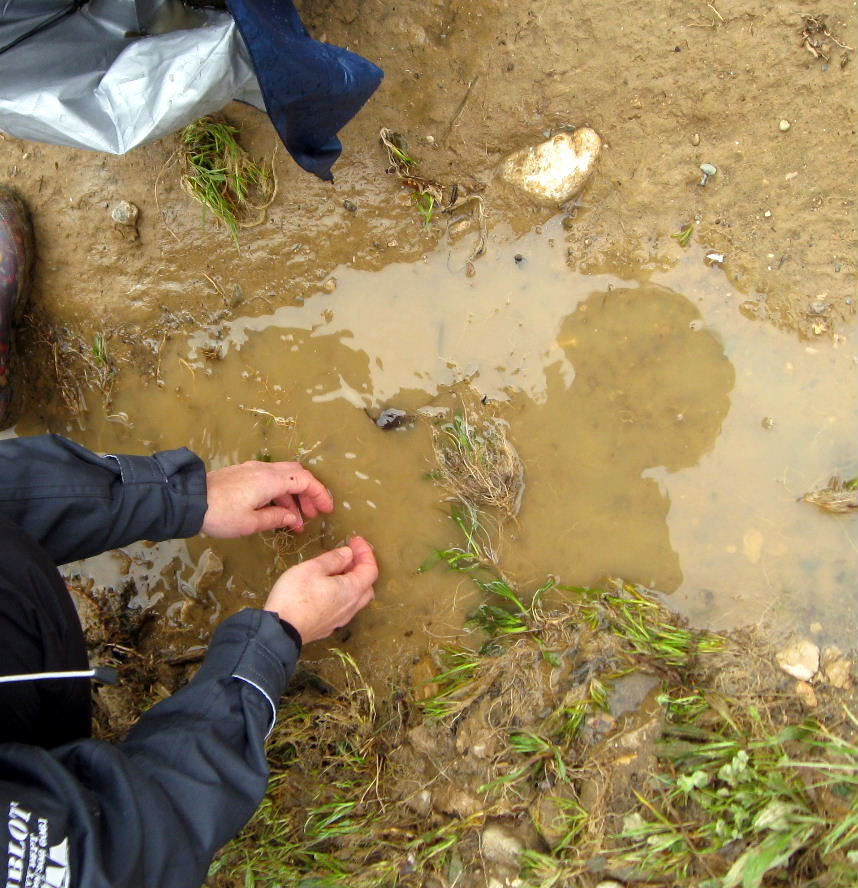 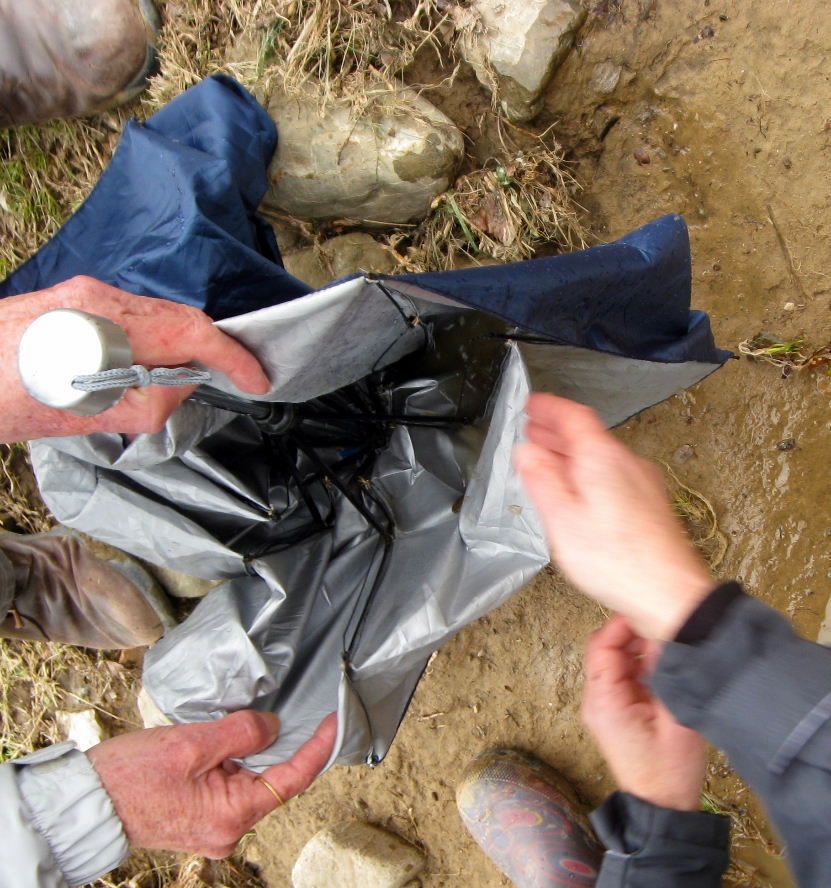 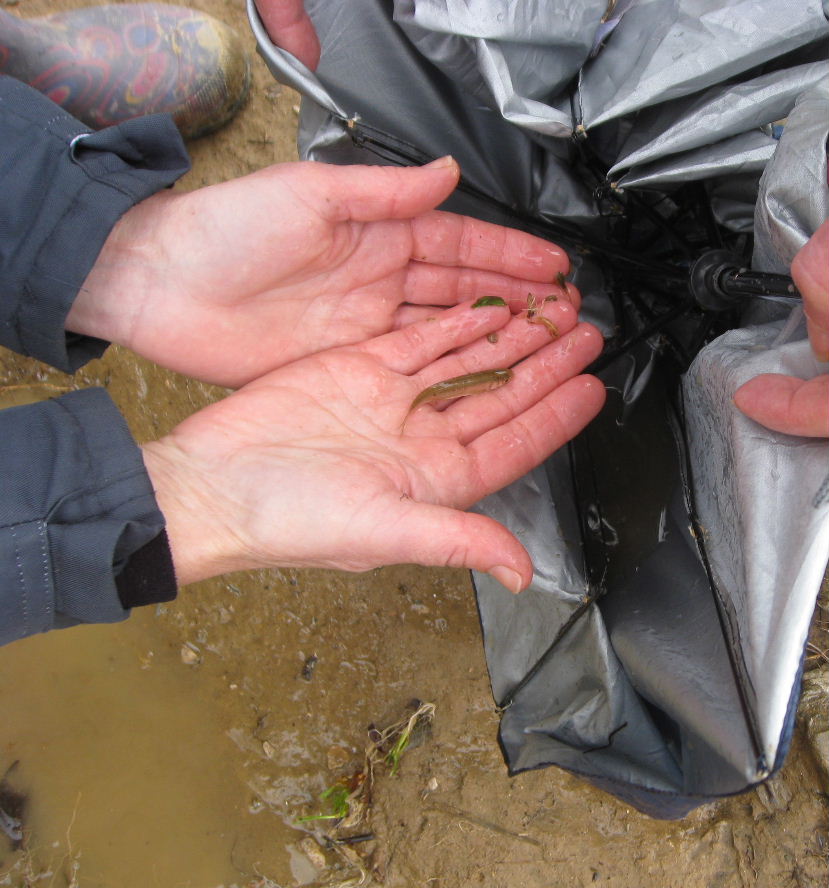 The river is getting back to normal - while the water's not entirely clear yet, it's certainly getting back its lovely blue-green colour. 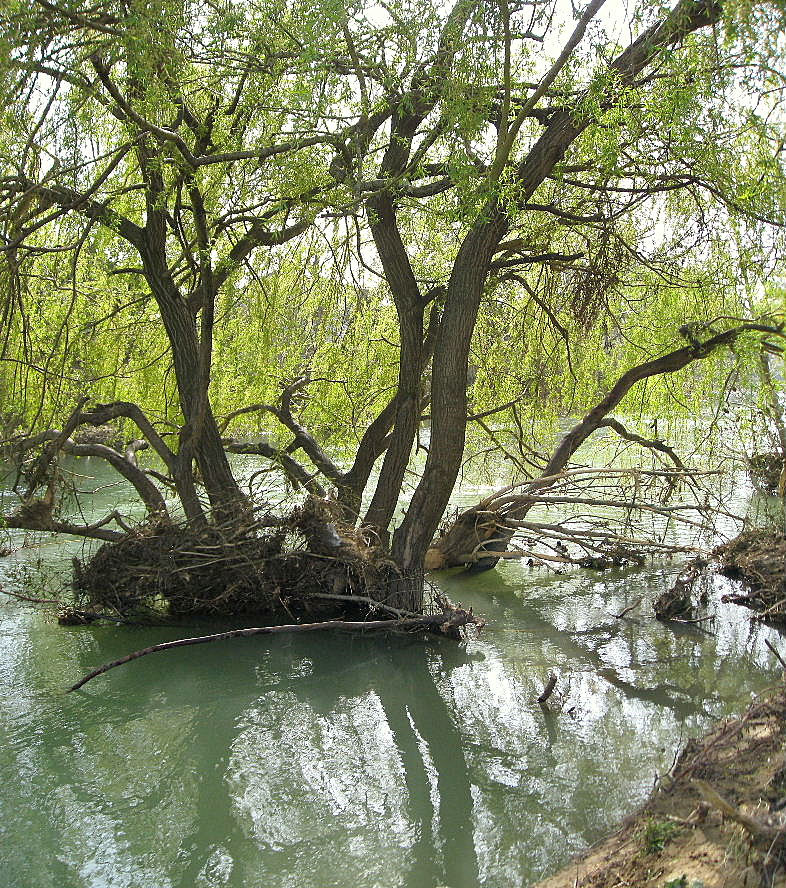 And the ducks look ok too. They'd started nesting so it's a sure thing their eggs have gone downstream - they'll have to start all over again. 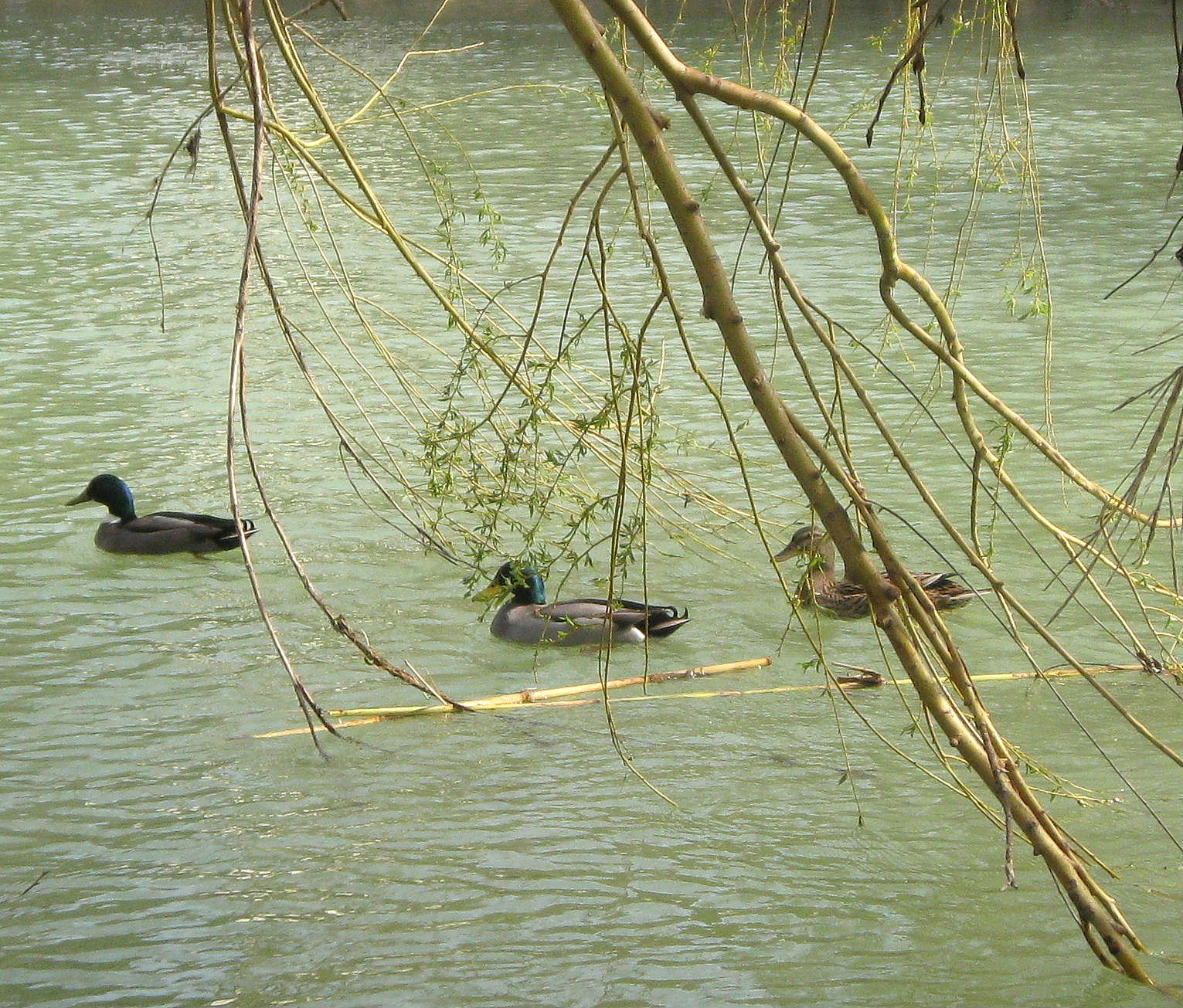 Hi Deb:
I'm the woman from San Francisco who will be returning to Abeilhan, a little village near Pezenas, this summer. I've been checking your blog now and then and finding it always very interesting. This flooding event was amazing. Glad everyone survived ok and that the village is recovering well. Thanks for the first person account and the pictures and videos.