Babies in the garden

I have two nests in the garden – well actually, one is in a hole in the stone wall, the other is in a crevice above one of the beams in the garage. I know very little about birds but have it on good authority that they’re Black Redstarts. 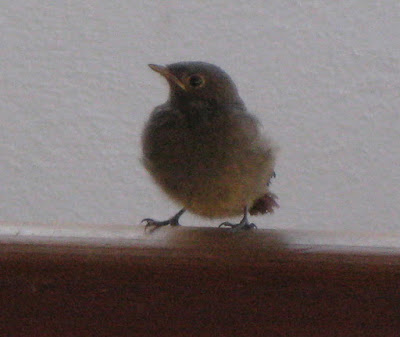 And they’re cute – although they have made rather a mess in the garage, and now that they’re flying, both the floor and my car are copping it.

I’m amazed at the amount of food the babies are consuming. There were three, there now only appears to be two. The parents are constantly back and forth with insects all day long. One day, a butterfly about half the size of the bird itself was on the menu – I have no idea how they would have dealt with the wings.

The nest in the wall is not showing much activity at the moment – so either it's been abandoned or the eggs aren't yet hatched.

It was yesterday morning that the two in the garage took their maiden flight. And the timing couldn’t have been worse.

I was packing the car up at about 8.30am getting ready for the weekly group walk/picnic when I nearly trod on this little guy on the ground at the garage door. He’d obviously only just made it thus far, and I think he was a little stunned.

I raced back and got my camera and as can be seen in the short video clip below, his second flight was from there to the top of my car, where he stayed.


A frantic phone call to Nic – who came to quickly close the garage doors as I departed to make sure it didn’t fly out into the street, where I think it would have been doomed. 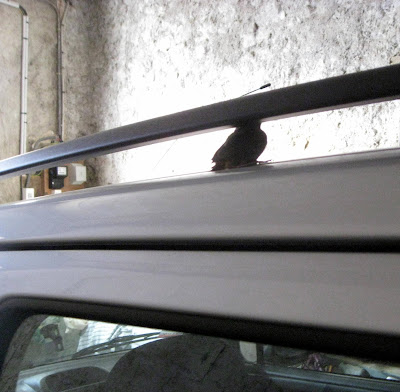 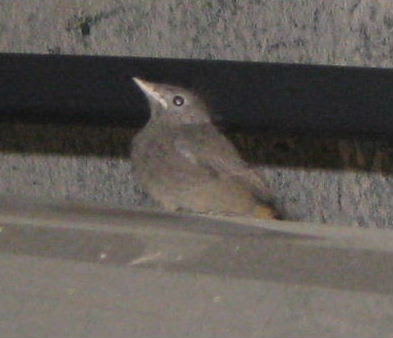 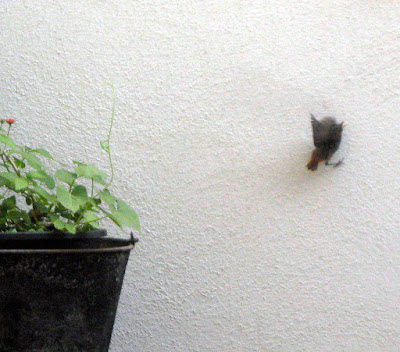 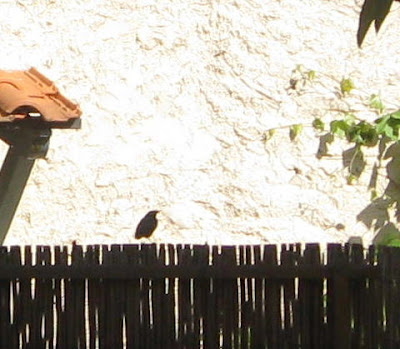 Anyway, as I type (a day later) they’re flying around from place to place in the courtyard and looking extremely content and well-fed. I do hope they stay around for a while longer.

And the walk that followed this encounter was lovely. It’s one Caroline introduced me to over a year ago - what we now call "The Visigoth Walk". I’d finally convinced Claude that this would be a great walk for the group – three amazing things to see en route – Chateau Villarlong, the 11th century church, and the graves of the Visigoths.

I think it's fair to say that there was a little initial reluctance – it was outwith the usual areas we normally travel to, and it was ‘unknown’ to all the local and regular walkers. So when he agreed, I was told I was ‘the chef’. No pressure then.

Given we felt a bit under the hammer, Caroline and I decided to do a test walk the weekend before – to see if the road was passable to access the shady churchyard for the picnic lunch. The year before, I'd managed to get my car through, but it was a bit difficult. And I’d rashly promised this ‘amazing setting under the trees next to an ancient church’ for the group picnic.

Well, things didn’t go quite to plan. I’d forgotten I was away that weekend and so Caroline and Trevor did the recce walk. Unfortunately it turned out the stretch of road was in worse condition and the cars wouldn’t have been able to get through to the church. And the rest of the walk was a little short on places where there was enough room for 10 to 15 cars, AND shade for the picnic.

So after the hectic start to the morning dealing with fledglings and trying to get away on time, we had the worry of leading a convoy of cars to parts unknown, on a walk where I’d promised an amazing picnic venue – knowing that when we arrived (very windy and 33 degrees forecast) - I would need to tell them we were reverting to Venue (b) – parking off the side of the road with limited shade.

Anyway, it was all taken with good humour – no problems – and the best thing is that everyone thought the walk and things we saw were amazing – we got compliments all along the way, AND all during lunch. So, after all, it was a resounding success.

I didn’t take more photos of the church or the Visigoth graves as I’ve posted quite a few of them here before. But here’s an interesting thing about the French. Last year, Caroline and I stood meekly outside the Chateau and took a few photos of the blue sheep and the Giraffe over the fence. Not so this lot – straight in and all around the grounds, having a good look. Love it. Hence the photos below, views of the chateau not seen last year!  - including the infinity pool at the back with the most amazing views out over the valley. 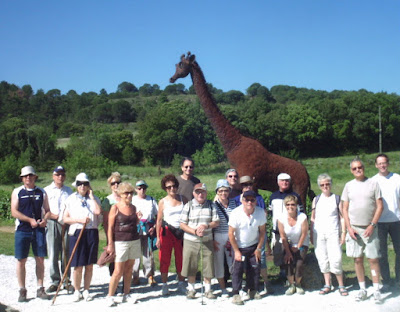 Only part of the group could be rounded up for the group picture - the rest were off exploring the grounds! 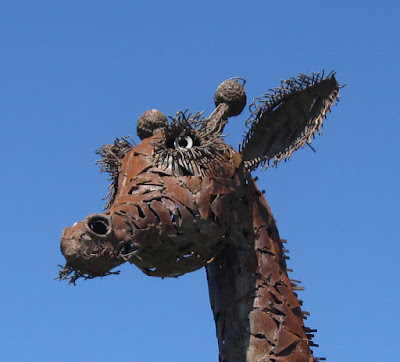 The life-size metal sculpture of the giraffe is impressive - even more so, when you see the detail. 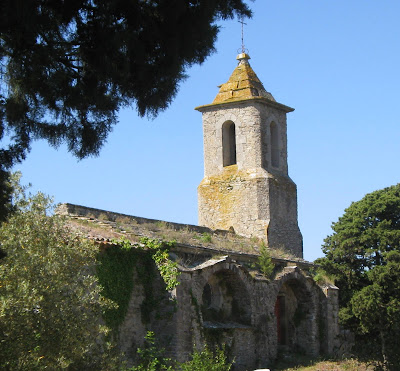 Side view of the chapel in the grounds of the chateau 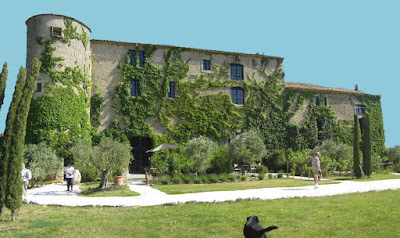 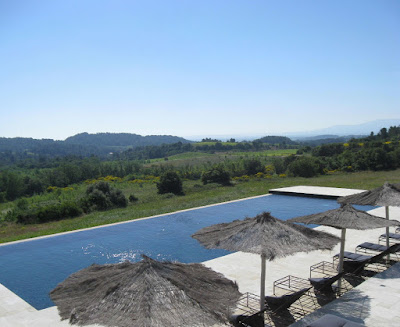 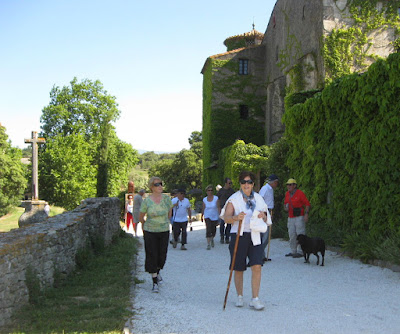 And the good news was that when we arrived back at the cars, the sun had moved so that there was enough shade under the trees for all of our tables and chairs.

More than enough in fact, after Jacques trimmed off a few pesky low-hanging branches with a pair of huge pruning sheers he just happened to have in the back of his car.

Thereafter, all was well - the all-important aperitifs came out and the eating commenced……