An early morning start for a walk along the Canal between Paraza and Ventenac. I parked the van off the road, amongst some vines as we only wanted a relatively short walk, given our limited time. And then we decided we could make it even shorter by scrambling up the side of the bank of the Canal, to the tow path. Effective, but not dignified. 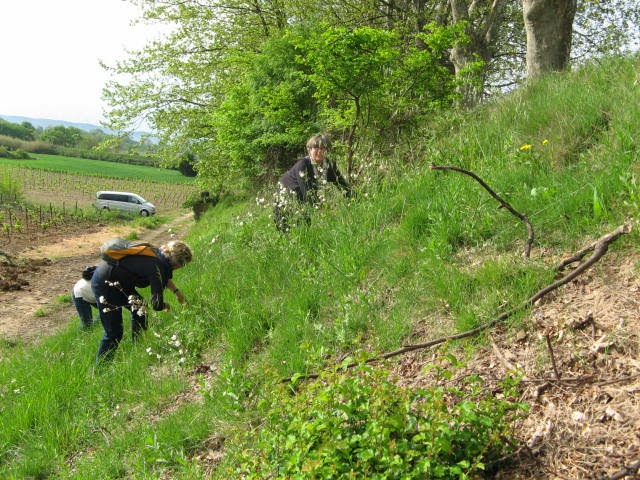 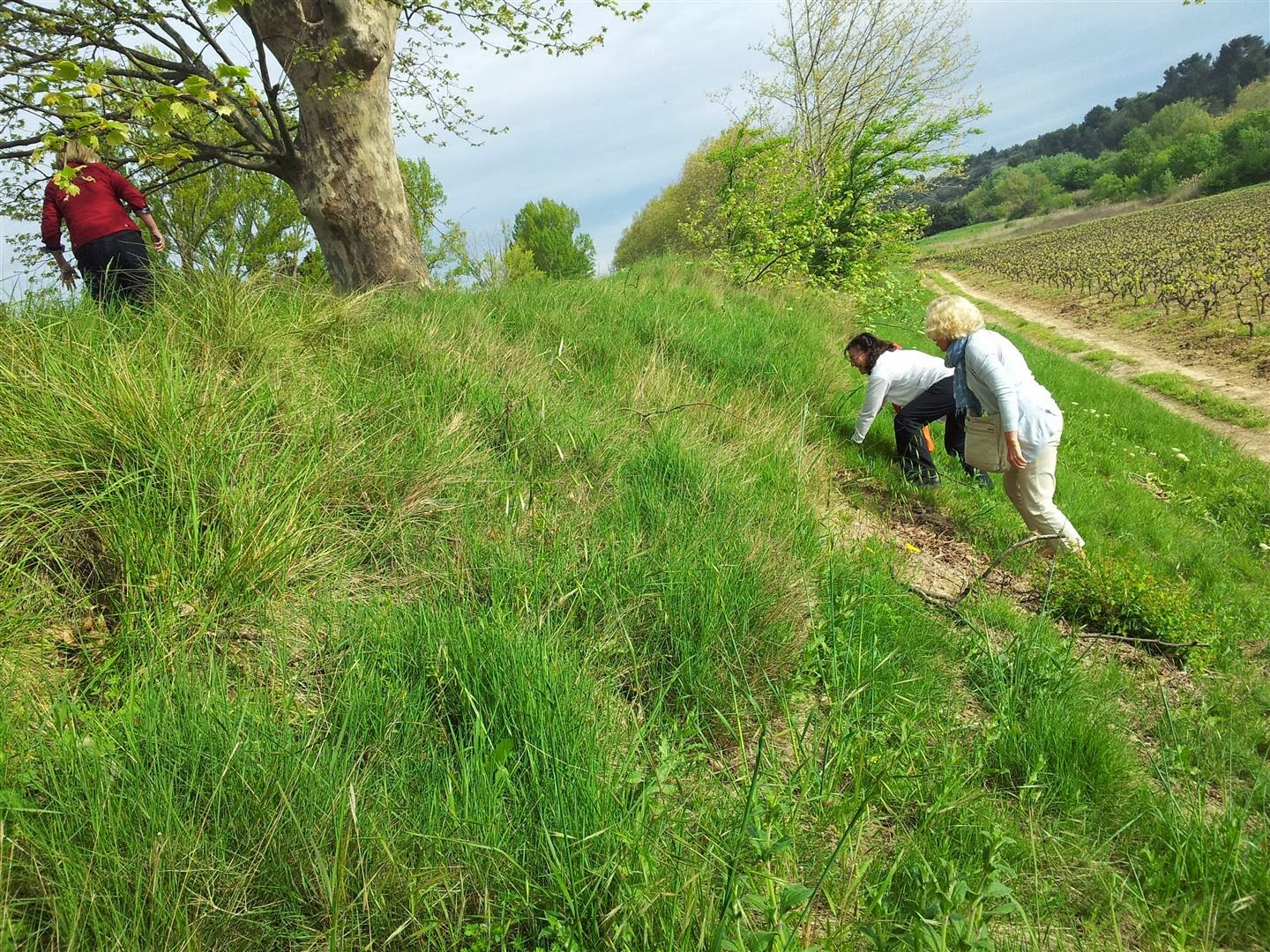 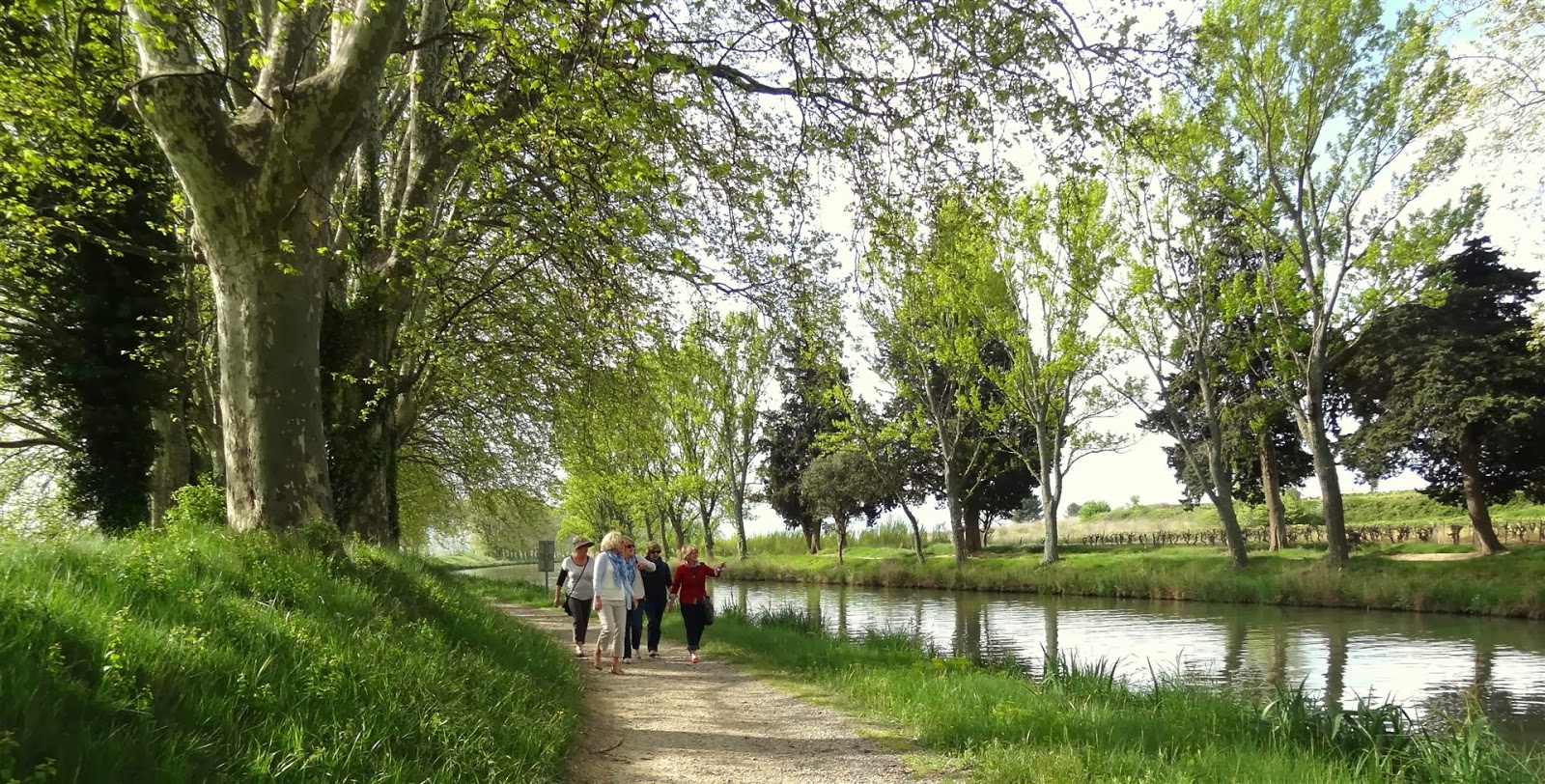 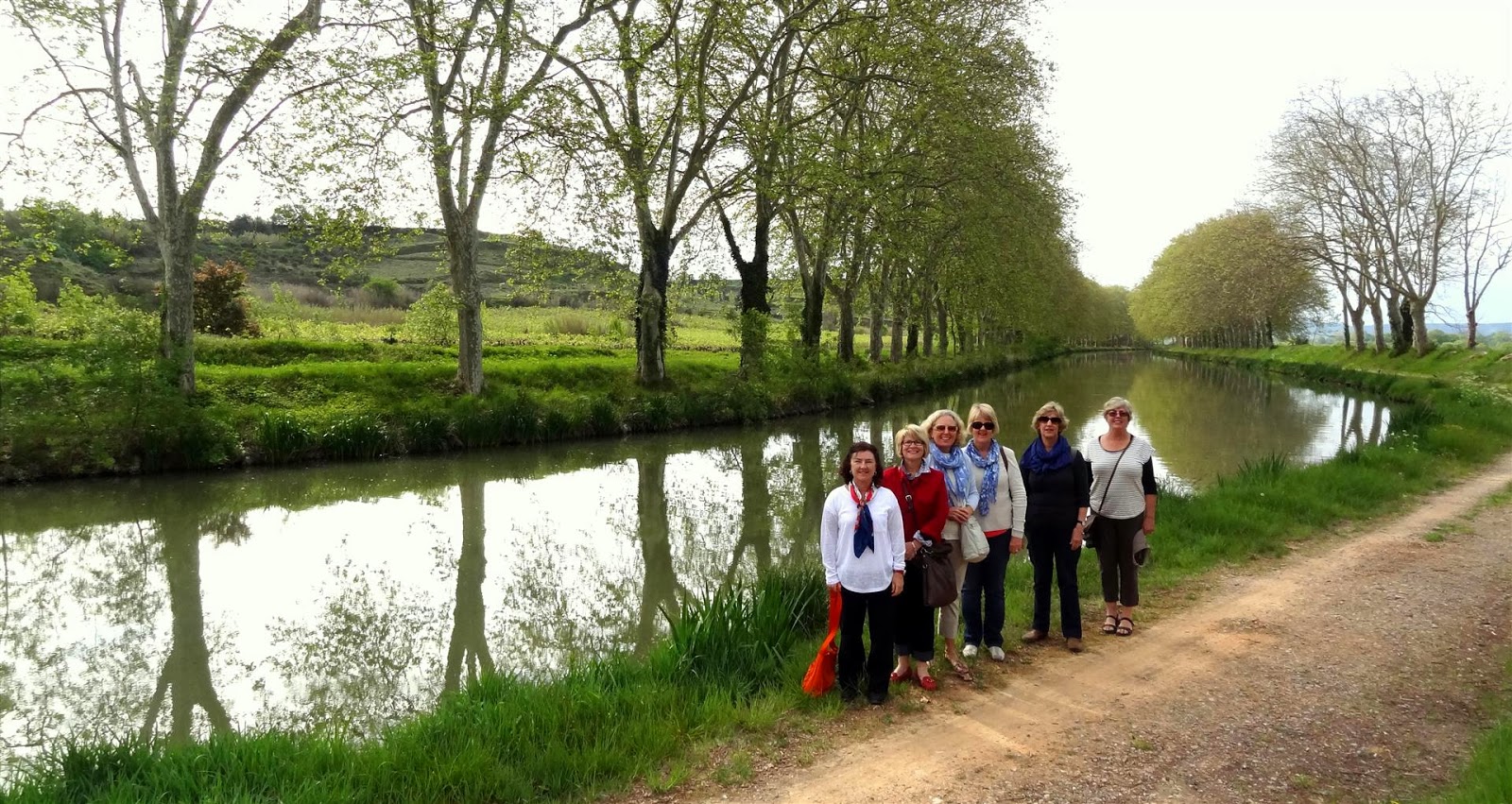 Sadly, this is an area where a lot of the plane trees have been removed due to the water-borne canker disease and the gaps in the rows at the canal side is really evident.

We spent a very pleasant rest of the morning at the Narbonne markets, in the food hall and the general markets (where everyone separated and went their own way for a while – and three managed to buy exactly the same tablecloth!). 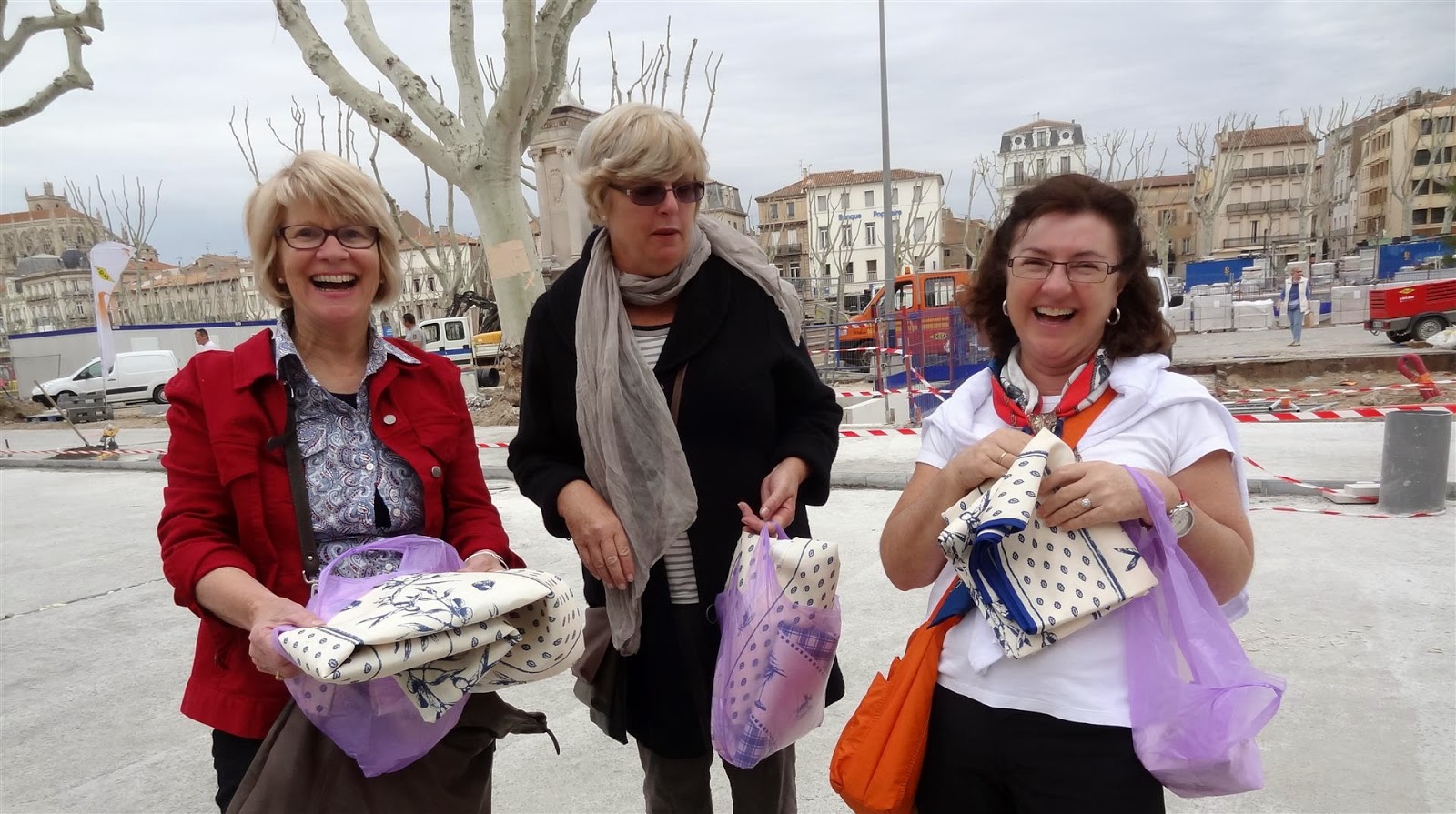 The afternoon was a visit to Fontfroide Abbey, west of Narbonne. As I’d done the tour before, I took the opportunity to stretch out in the back of the van, plug in and listen to an audio book….. my idea of a relaxing couple of hours. 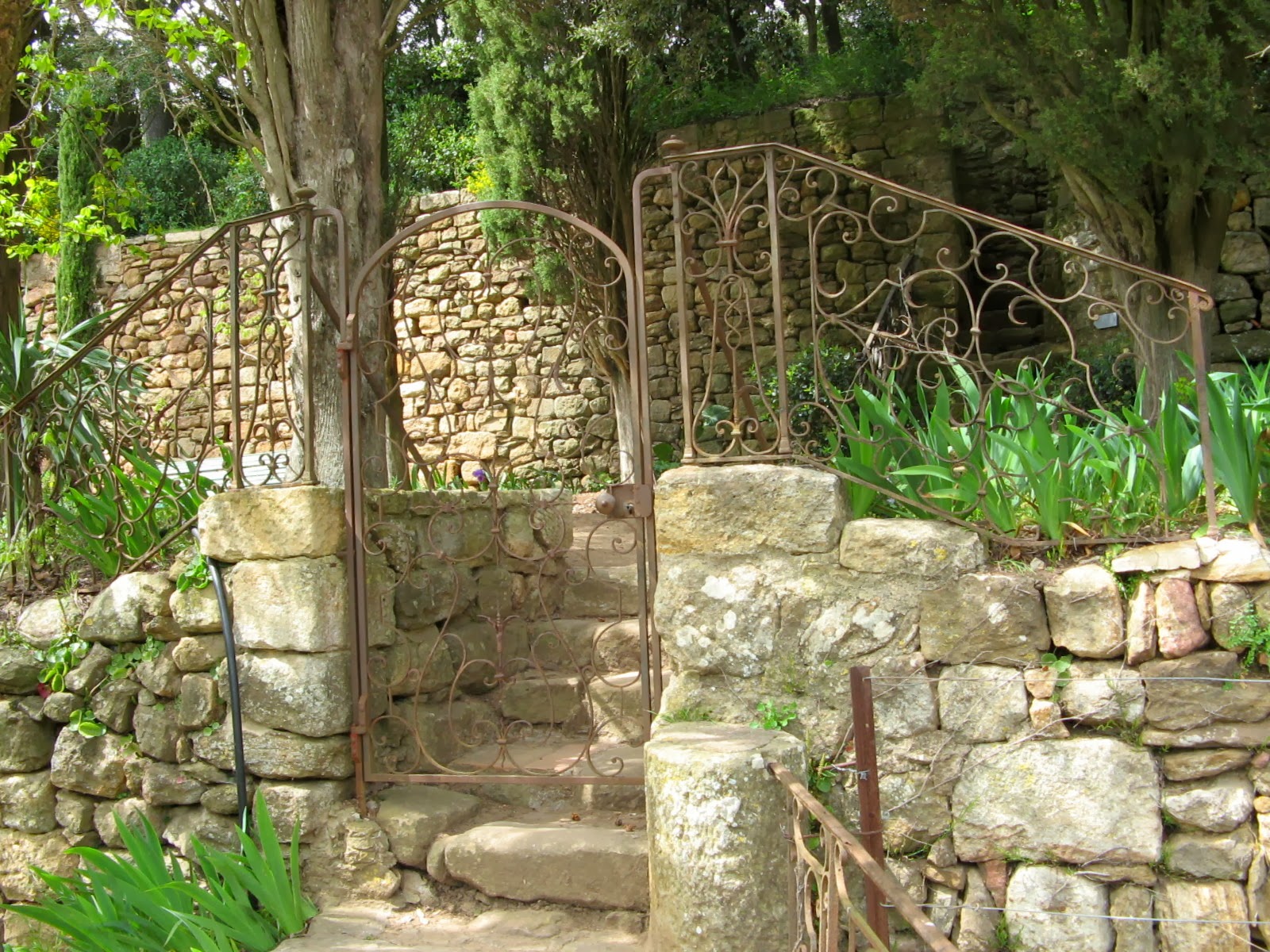 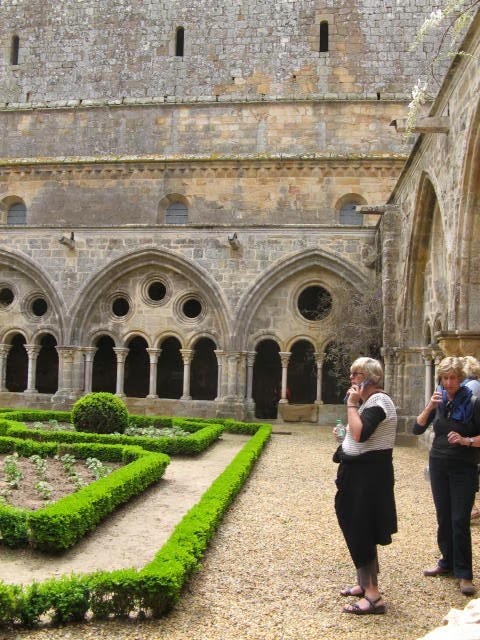 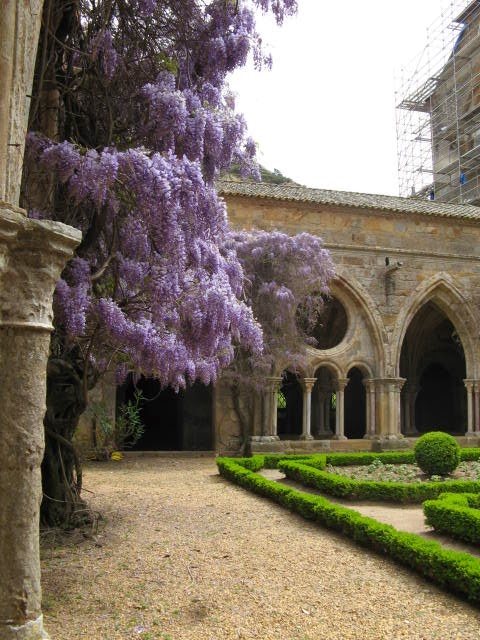 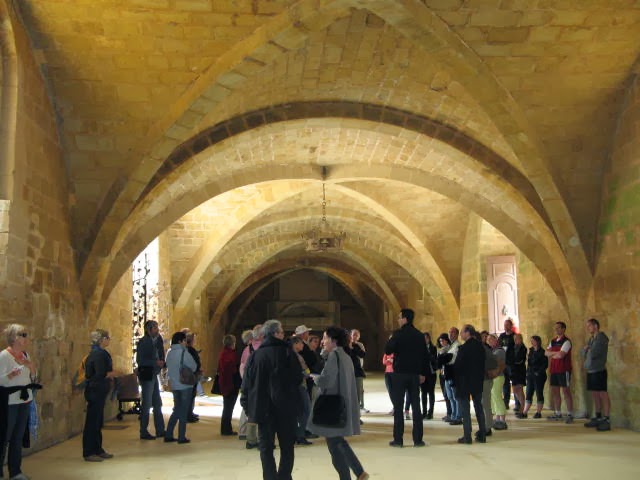 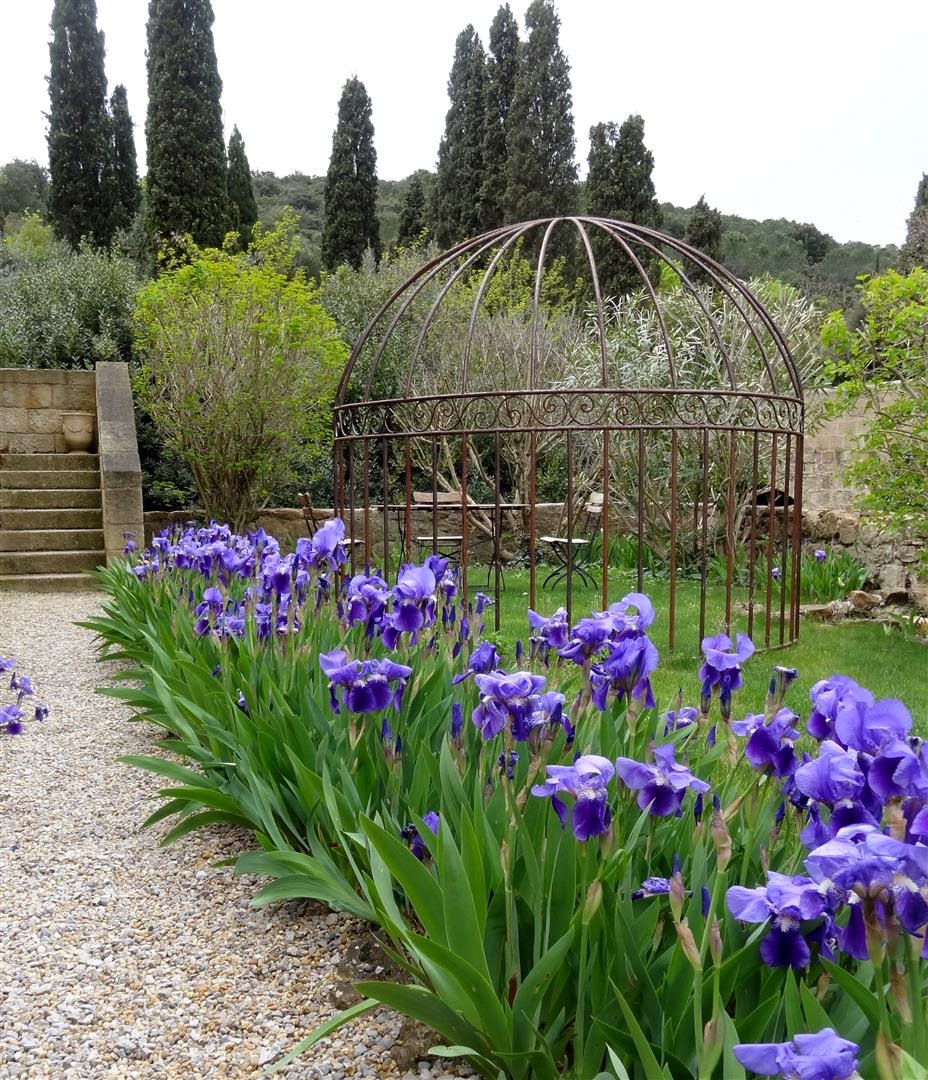