A last minute decision to spend a week’s break in with my old friend Sue – between Christmas and New Year. While the catching up and spending time together was great, the trip was not without difficulties … starting with a 4 hour delay at Gatwick before the plane pulled up to the departure window – it appeared I would be flying on Iron Maiden Airlines! Well, on the aircraft that was advertising their 2008 world tour anyway… 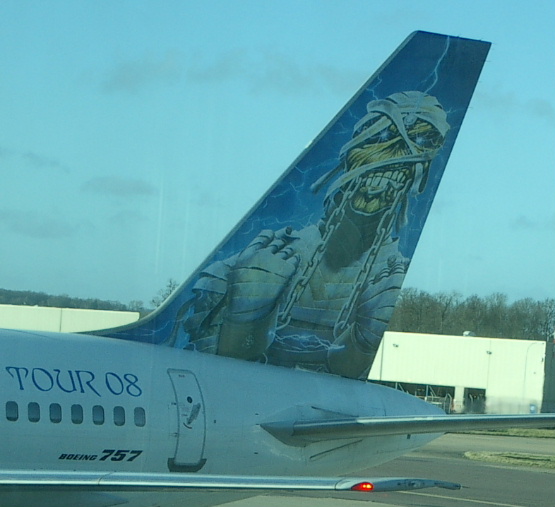 Susie met me at and we headed into town to the Hotel Perfect – and it was. Off-season rates - cheap as chips and two old girls lived like royalty for the night. The rooms were luxurious, each with its own sitting room and balcony. My room even had its own courtyard, as big as the apartment itself. 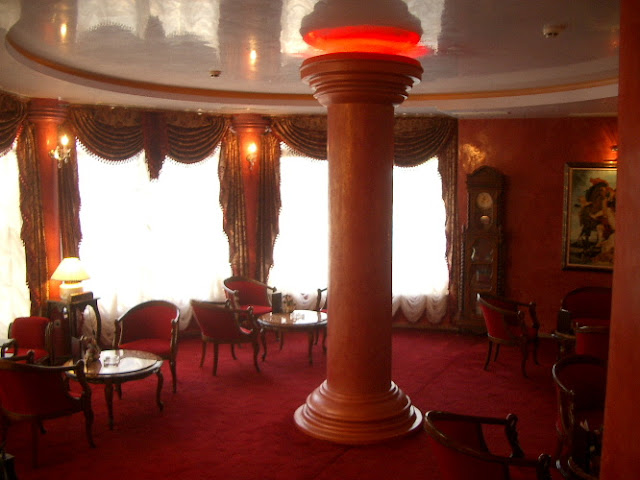 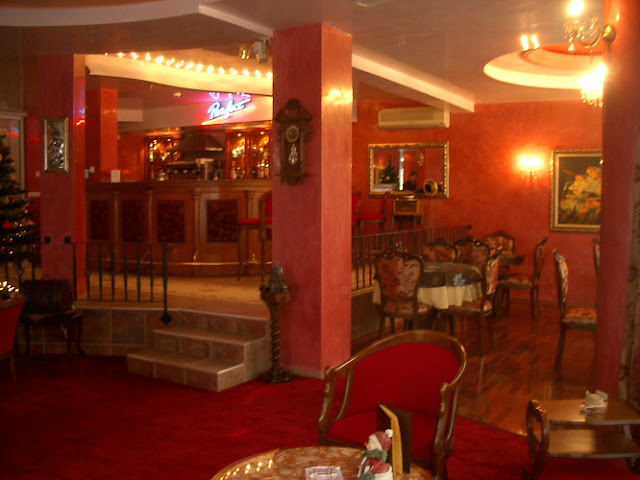 is a lovely town/city, especially with its Christmas lights - though I’m pretty sure I wouldn’t want to be there in the tourist season. 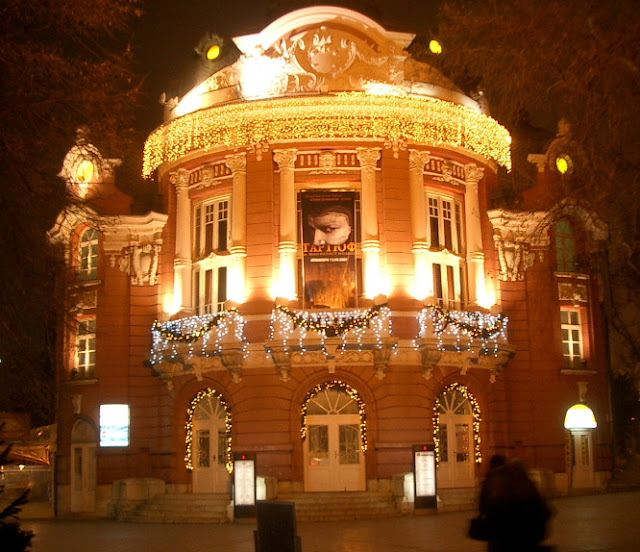 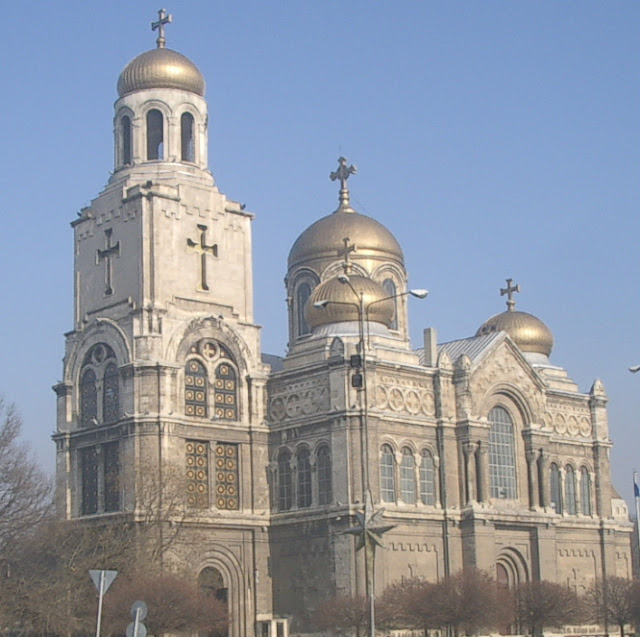 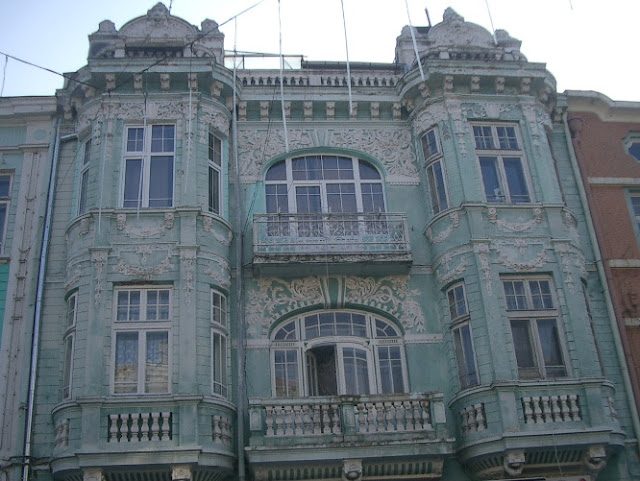 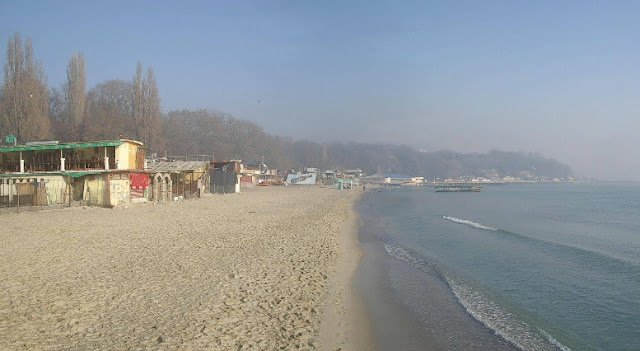 And so on to Miladinovtsi after a 3 hour train trip to , then a one hour drive through thick fog. That was Tuesday. Wednesday were blizzards which – as we learned 49 hours later when the power came back on – had bought much of Bulgaria and Romania to a standstill. So what do four Aussies (us two and two young guys from – house guests) and two local Brits do in a blizzard without power? – off to the pub. Well, the local bar in the village. 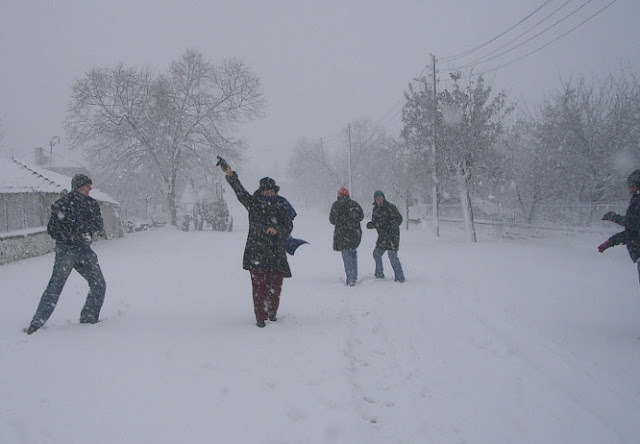 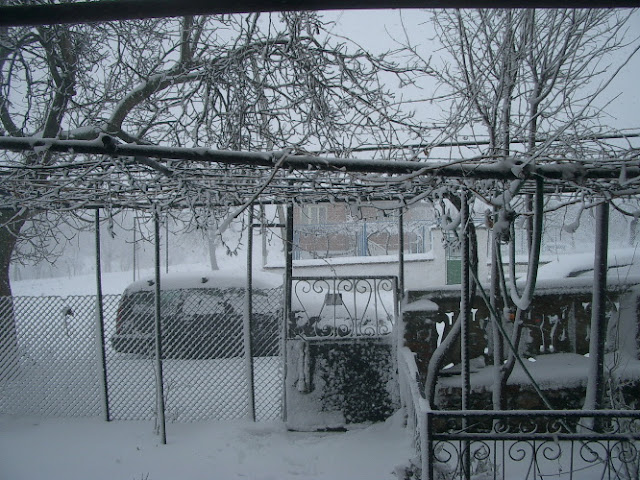 And here’s some snaps of Susie with her new family of Karakachans –
Taking the pups for a stroll in the back yard: 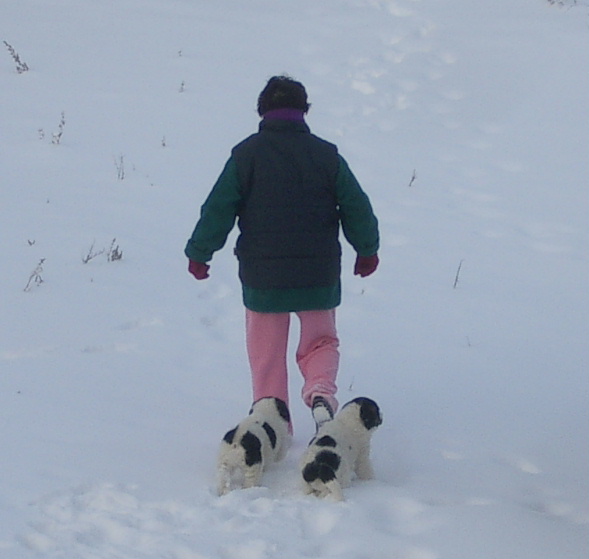 Reading them the riot act …. (not really - they call the shots!) 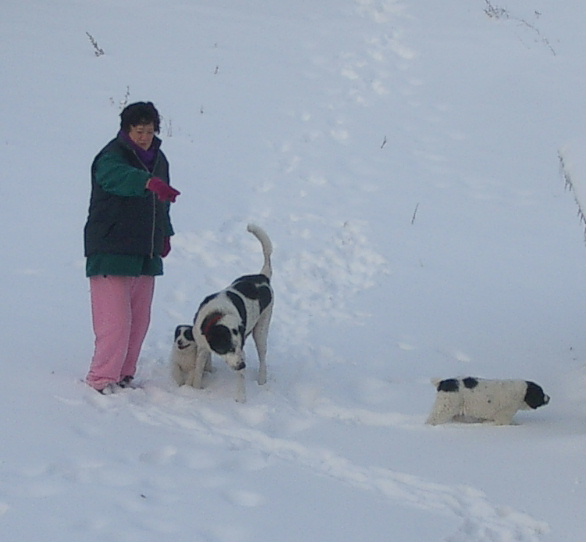 So getting around was pretty interesting – we did a taxi ride into Yambol for a day out on Friday as we were all feeling a touch of cabin fever. The roads were indeed dangerous – a very slow trip – and the countryside was stunning beautiful with its thick cover of snow, and clear blue skies. And then Saturday I repeated that trip into , first part of the ordeal in getting back to .
It went like this: 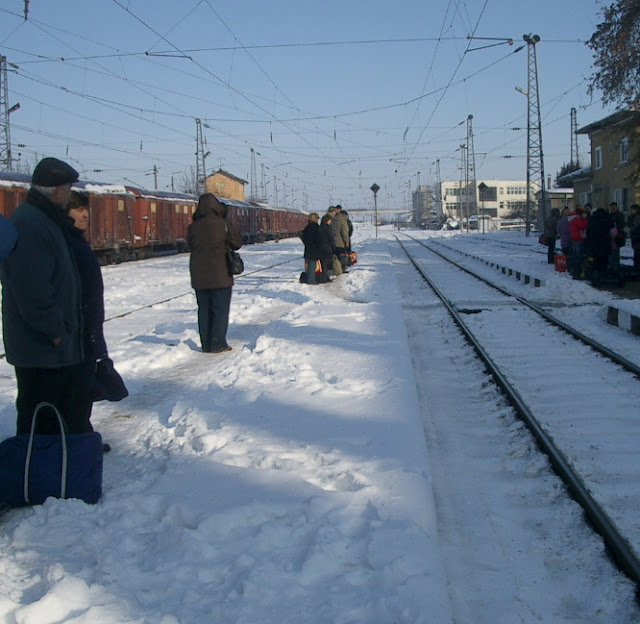 Despite the weather and travel trauma, it was a beaut break and all going well Susie will be over this way for a visit before the summer.
at January 07, 2008