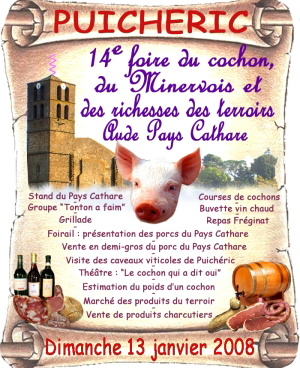 The annual Foire du Cochon is held in the , about 20 minutes from Bize. A better way to spend the afternoon than up a ladder, stripping wallpaper or splashing paint around.

Miki, a friend in the village, had the same idea, so we set off in the afternoon with his new and excitable pup Oscar in tow. 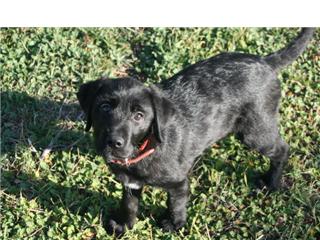 Oscar is the offspring of the local bar dog, Pepsi, and now that he's starting to sprout whiskers, the resemblence it becoming obvious. 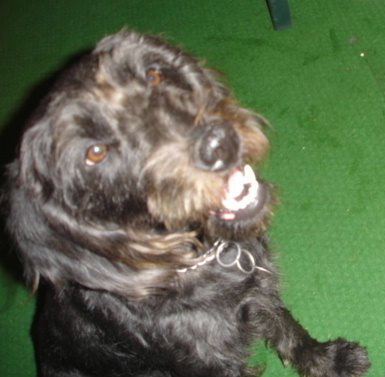 It was a big fair with streets and streets of stalls – food, handicrafts, wine etc. But the highlights of the afternoon were two events. There was a Pig Crying Competition – firstly the kids had a go, and then the big guns – a group of guys who are very serious about these things! And much to the delight of the crowd, a local man won hands down!

And afterwards, what all the kids were waiting for – the pig race. The difference here was that the kids were allowed to run with the piglets!

Hey Deb, the pig fair looks like a laugh. They could, however, take a leaf from the Bulgarian book and slaughter a few of them in the streets....surely !! :)