The Christmas decorations have just recently gone up around the village – nothing too fancy or over the top. It’s common to see a figure of a Santa trying to get into the house, through a window for example.
But this one …. 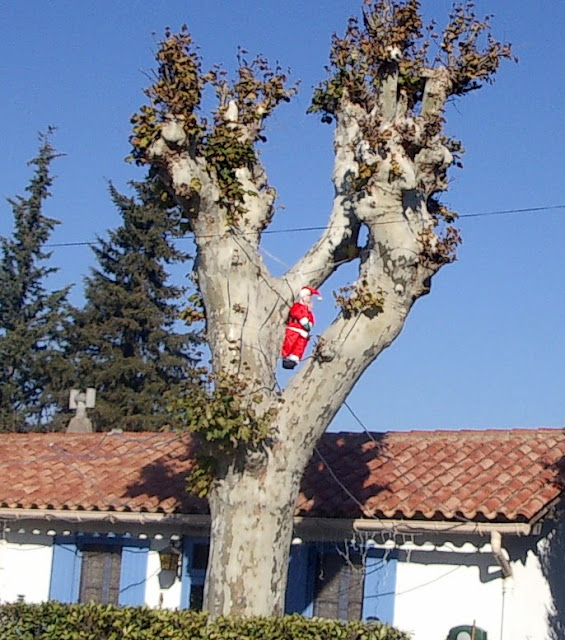 appears to have been hung! 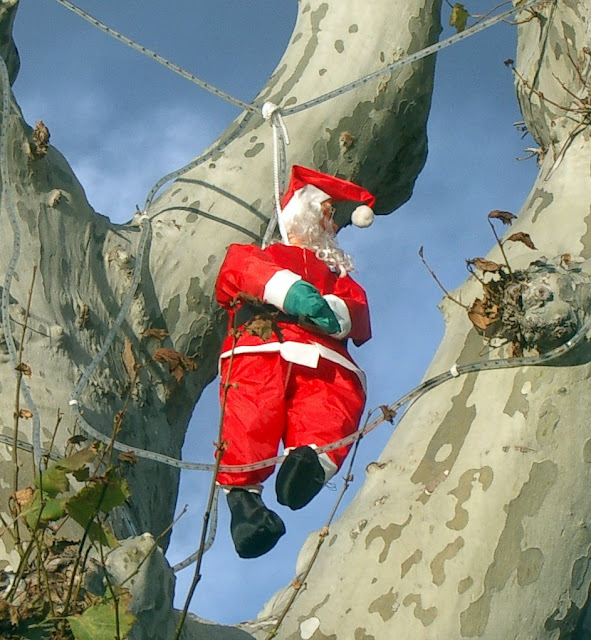 And elsewhere around the village, there are the normal lights strung across the streets, 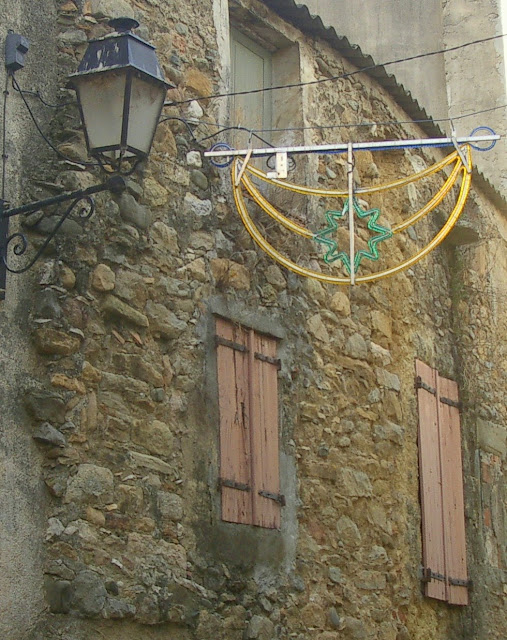 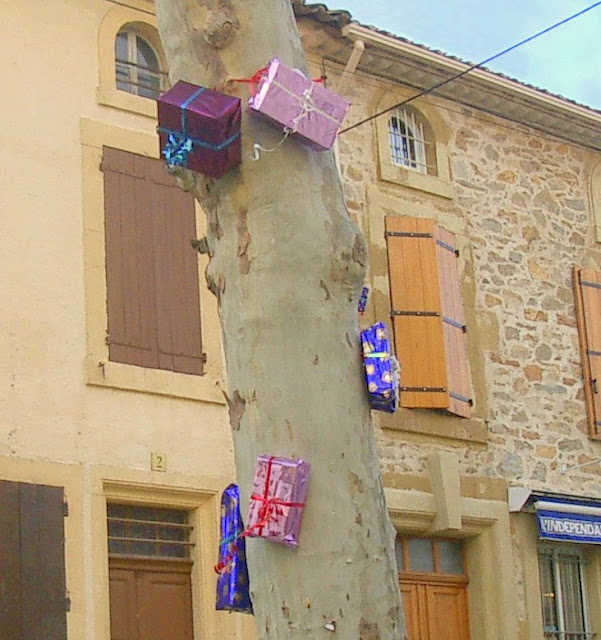 and some lucky people (but not me!) have even had them attached to their downpipes! 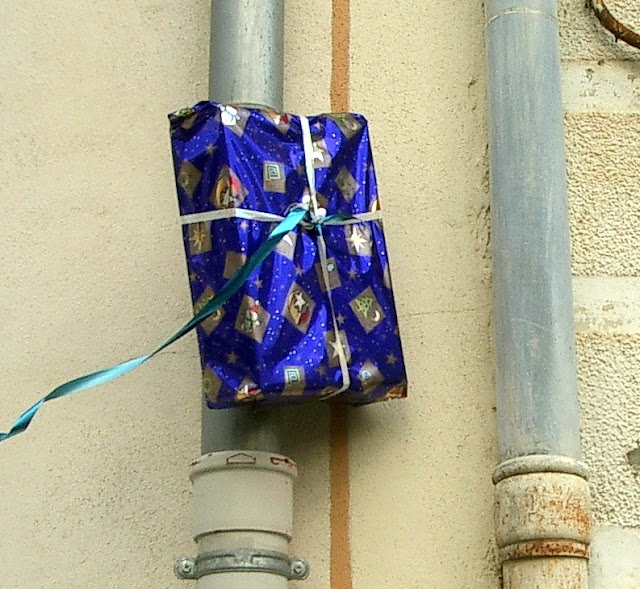 And here’s something that’s got nothing to do with me, France or Christmas, but it definitely has a ‘feel-good’ factor.
A friend in (thanks Shirley, I love it too!), sent me the link to this video clip so I’m posting it here. I’ve also copied the story behind the making of the video below:


Aboriginal interpretation of Zorba the Greek

Frank Djirrimbilpilwuy from Milingimbi has been in the Indigenous Media Industry for many years and has been a long-standing member and supporter of the Top End Aboriginal Bush Broadcasting Association, TEABBA Radio. He has worked Independently in Music and Film for many years also.
As the man behind the camera and release of the video, Frank is also representing the dance group who call themselves "The Chooky Dancers". Frank has said that he filmed the footage at this year’s Ramingining Festival on the 30th September 2007 and knew it would be "something special" as soon as he saw the boys rehearsing. "The crowd went wild as you can see in the video, and the classic song Zorba the Greek has now become a hit overnight in the communities and now it seems, everywhere else too," Frank said.

In just one week of being released onto "You Tube" by the staff at TEABBA Media Services, the video has received rave reviews, been given a 5 star rating and has now been viewed well over 15,000 times.

"The phones have not stopped ringing at the TEABBA offices, all from people who want to know more about the footage," a TEABBA staff member has said. "Even the honorable Kon Vatskalis with the Territory Labour Party has commented on the video and suggested that they perform at the Greek Glenti next year."

The Chooky Dancers are a group of 10 energetic young men who had healthy living in mind when they choreographed the performance. Frank’s son Lionel is the lead dancer in the video footage at front and centre. "They (the Chooky Dancers) begun working on this just after this year’s Garma Festival in Gukula and worked very hard on it, they also do a Bollywood style performance which is also fantastic," Frank said. It seems that talent runs in Frank’s family, with Frank’s daughter also in an All-Indigenous Line Dance Group also who Frank actively plays a role in.

The "Zorba" video, which has not yet been given an official title, is just a sample of Frank’s works. "I edited that footage on "imovie" at the TEABBA Media Services video workshop and now have plans to make a documentary about my Yolngu families’ connections to the Greek culture". Frank’s feelings towards the Greek culture have been reinforced by his daughter Priscilla, who requires constant care and is currently being cared for by a woman of Greek heritage in . "Lillian is a selfless woman, who cares for my daughter," Frank said. "She takes Priscilla to church, weddings and all kinds of functions within the Greek community and they are all lovely people with strong cultural identity also which Yolngu people can identify to. I want to show through this documentary how 2 cultures can mix and this dance video is a fabulous start", Frank said.