Last Sunday – grapes. This Sunday afternoon a visit to a small olive grove that belongs to friends Denis and Samira. 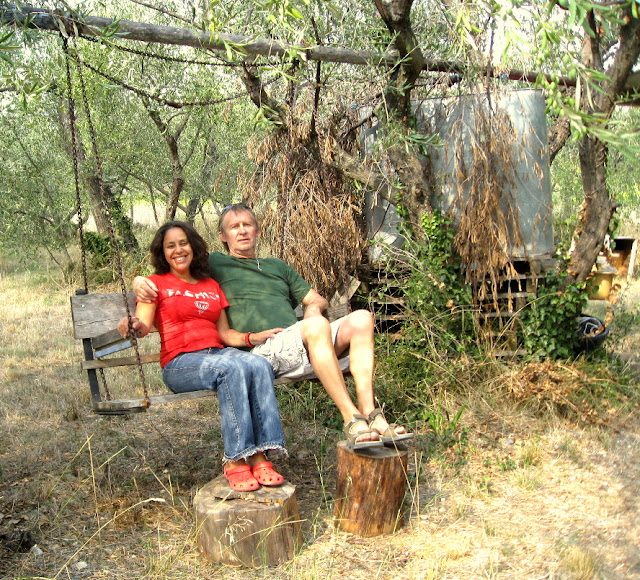 Just on the edge of the village, in the middle of a field down near the river. Idyllic – warm autumn afternoon – a bit of a lay-about in the hammock.

They’re busy clearing the undergrowth from around the bases of the olive trees – and because I wasn’t wearing suitable clothing, I was excused from helping with the work (!) but it was an excuse for us sit around for a while and chat – and watch the little stray kitten that seems to have adopted them.


Denis has constructed a small shack there amongst the olive trees – with all the comforts you could possibly want. The hammock, bbq, swing seat, and upstairs a little living area.

It’s their little ‘getaway’ from the buzzing metropolis of Bize!
at September 28, 2009 No comments:

Last Sunday it was all hands on deck to pick the grapes from Olivier’s few parcels of vines, just up behind the village. Well, all hands on deck was a group of about ten of us – and the reward afterwards was lunch! 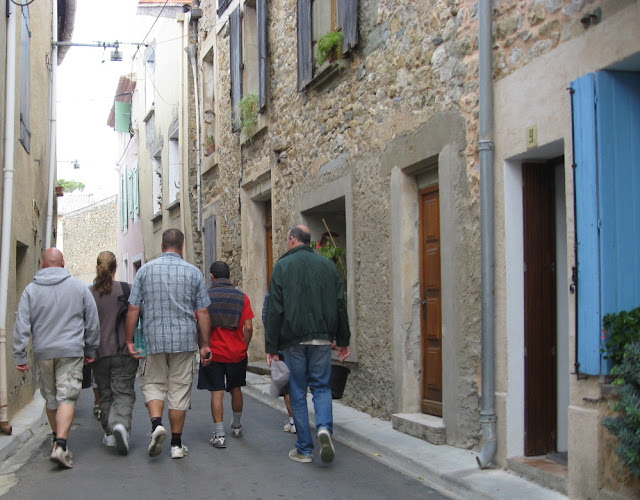 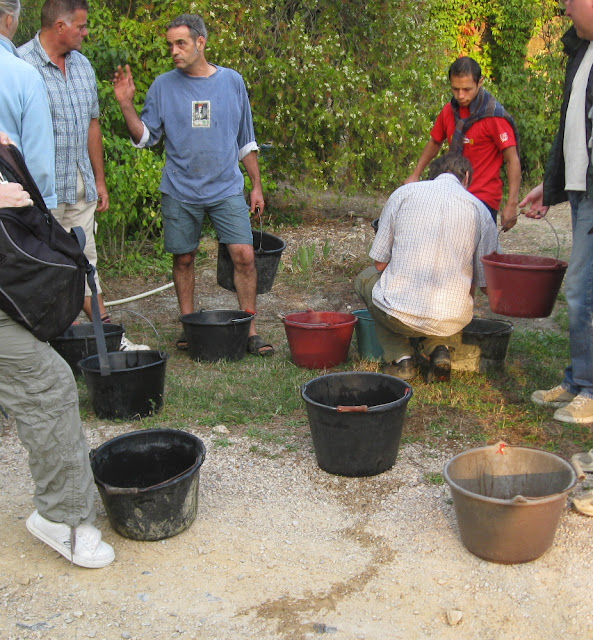 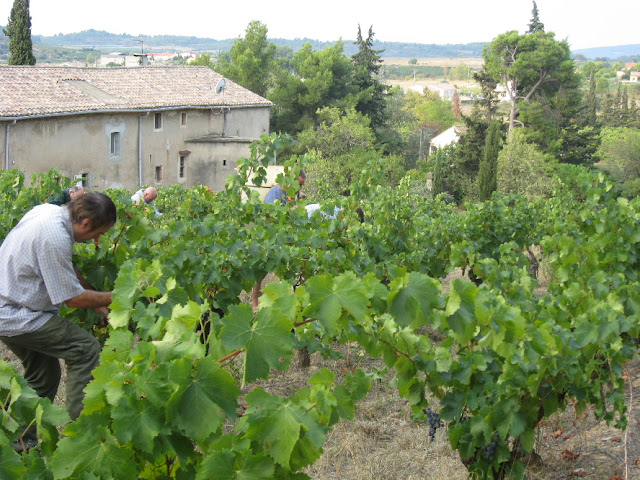 Mid-way through the morning, a little break and energizing ‘pick-me-up’ - glass of rosé mixed with Olivier’s fig syrup. 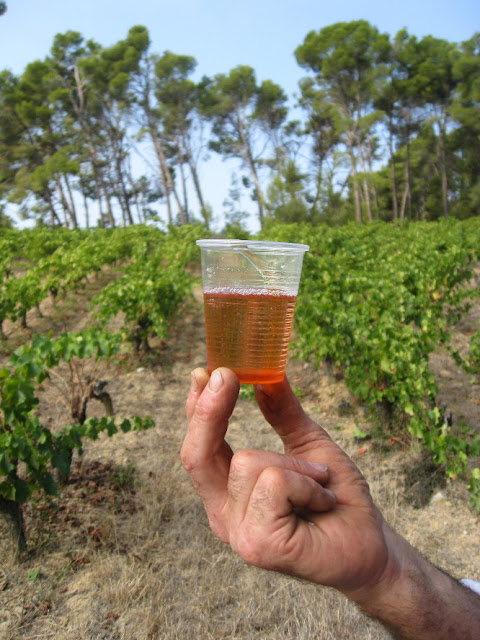 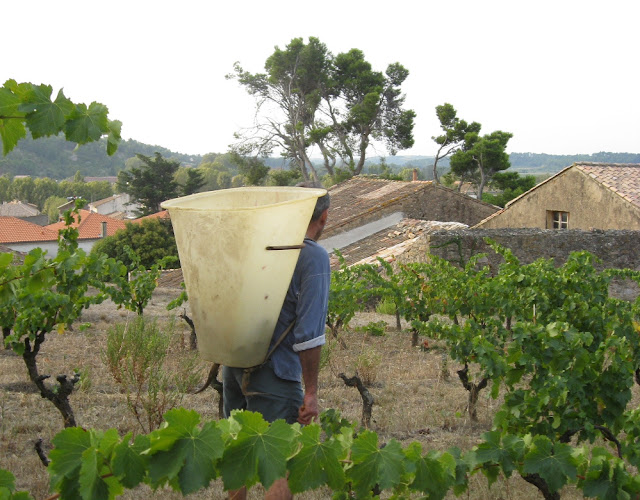 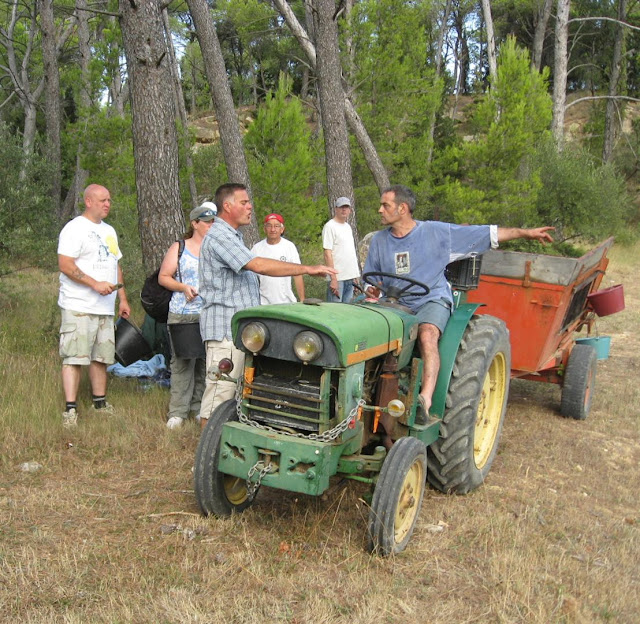 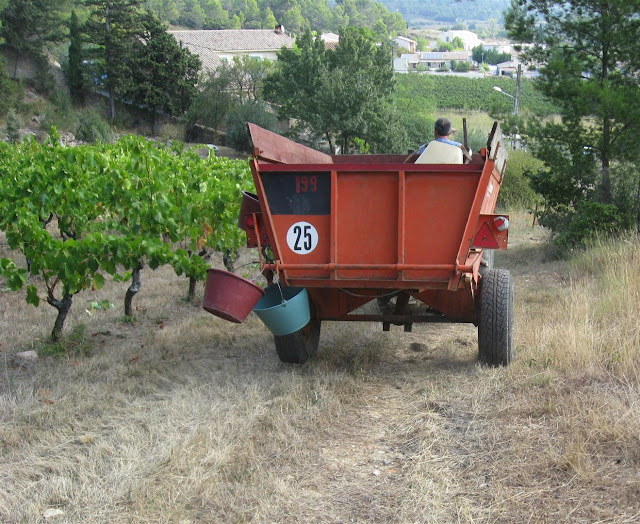 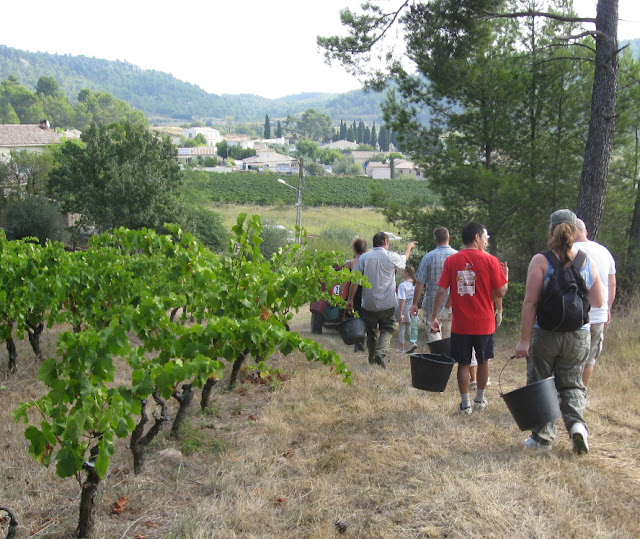 Now of course, Olivier being half of the Olivier and Marie restaurant/wine shop Les Raisins de Soleil – and Olivier being the chef – the food and especially the barbecued chickens we had were just delicious. 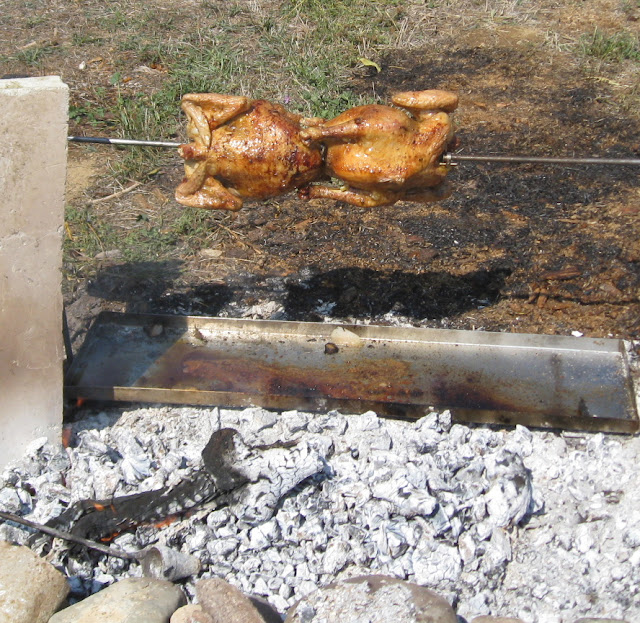 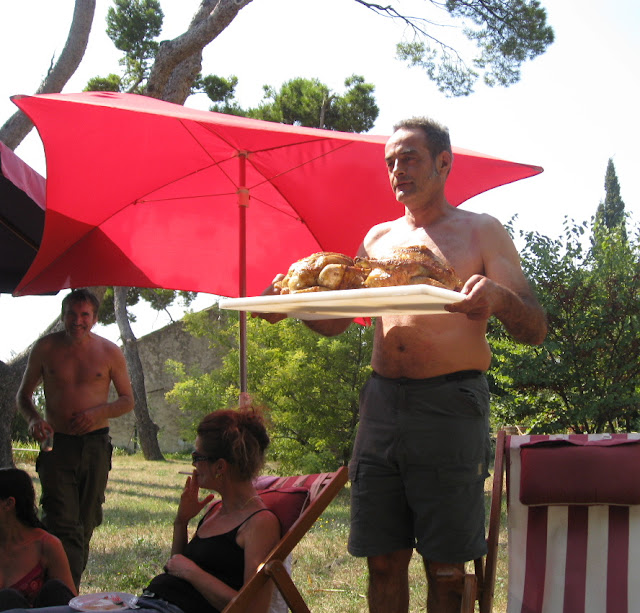 The chickens were from Robert the village butcher, cooked on a spit over an open fire, stuffed with home made stuffing (some of the guys were relieved of grape picking duties early, and sent up the hill behind the vines to pick the wild rosemary and thyme ……. ), and basted throughout cooking with pig fat. They smelled divine while they were cooking and tasted just like chicken should.

It wasn’t too hard going at all – lots of banter between filling up the buckets, and always the gorgeous views. Mind you, we only picked for three hours.

Day after day after day would have been an entirely different story. We’d either tip the grapes straight into the back of the tractor, or Olivier would come running – ‘Porter!’ and we’d tip into his big back basket.

After lunch, Fred brought out his guitar and he and Marion provided us with a few tunes. This was the first time most of us had met Fred and Marion, and now know that they have a house here in the village – and spend their time between here and Sheffield in the UK. They’re a cabaret act - The Lovers.

So what a nice way to spend a Sunday ………

An update of Aston – the deed has been done (at the vets) – and he’s none the worse for wear because of it. He does look a little peeved in these photos, but the bucket has long gone and he’s back to his usual self! 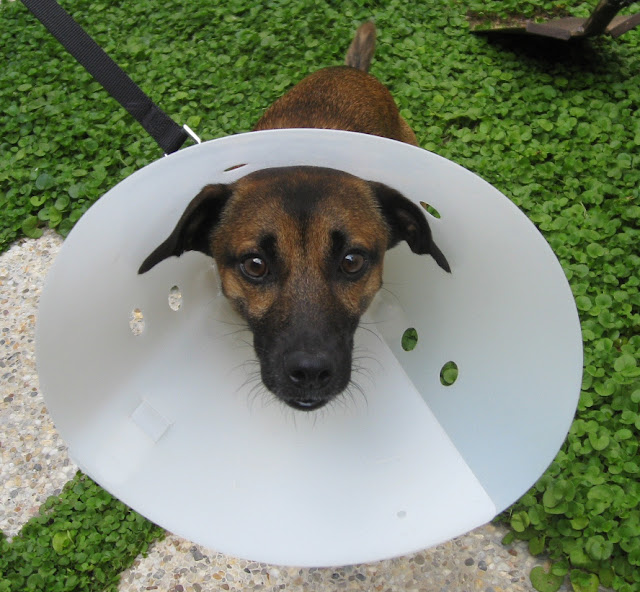 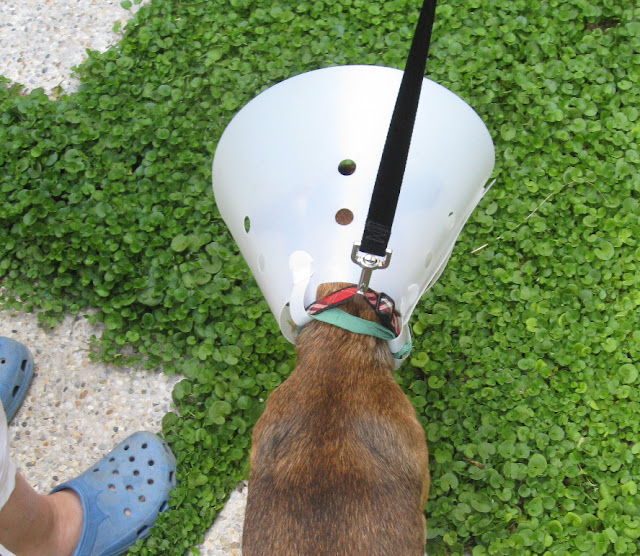 And while this in no way makes me ‘French’ – it does go a little way to making me feel more settled here – not that I don’t already – my new French driving licence...... 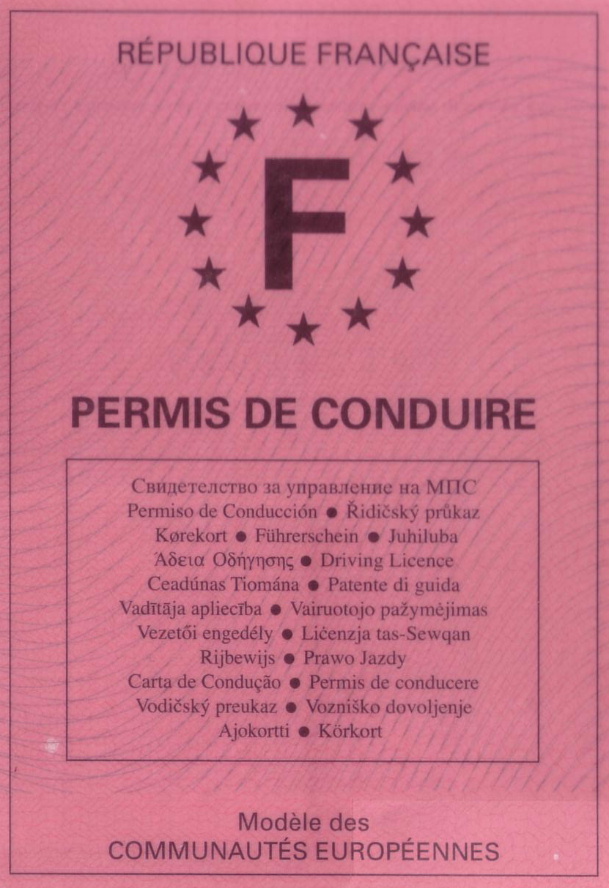