This last weekend was the Bize Carnaval – a big affair for the village. Something on every night, finishing off on Monday night with a masked ball in the village hall. One of the highlights of the weekend is a parade with floats through the village at 3pm on the Sunday. But this was the one day when the weather was atrocious and it was called off at the last minute. But it has been rescheduled for next Saturday. Sod’s law - the following day was balmy with sunshine all day.

And there was a fairground set up over the other side of the bridge on the boules ground – and that’s been well attended. The little village has been fairly buzzing! Lots of whistles and drums and music – I went out to see what was happening outside my window the other day, and found myself being serenaded! And here they are – all for a donation for some good cause which I didn’t quite understand. Perhaps for a refill? 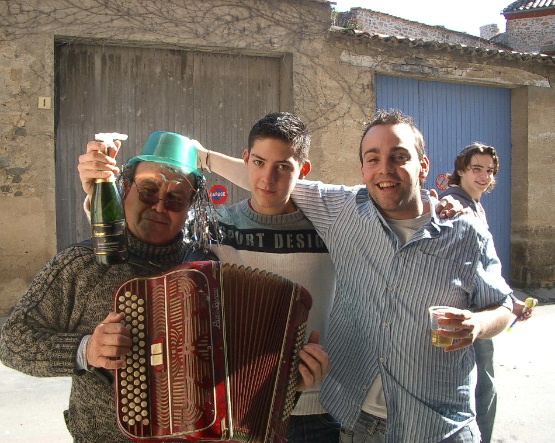 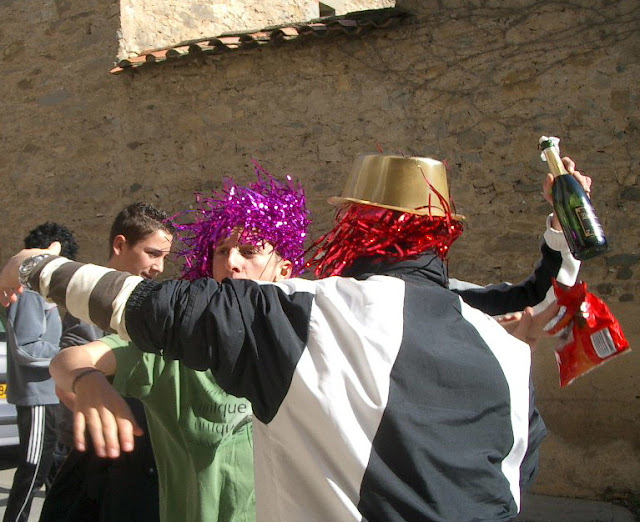 The first song was a French one – the second was God Save the Queen. Even when I mentioned that I was Australian, he sang it again - a little louder!

I read on a news site the other day that last month was the driest January on record. June – who has lived in the village for nearly 20 years - said that in all the time she has been here, this year is the only one that the temporary dam in the river has not been washed away by the winter rains and normal flow of the river.

Every summer, the gravel from the shallow part of the River Cesse is bulldozed to create a dam across the width of the riverbed, and it creates a natural swimming pool. (Cesse Pool? – doesn’t sound quite right does it…). And there’s a lifeguard on duty from 2-7pm during the summer months. 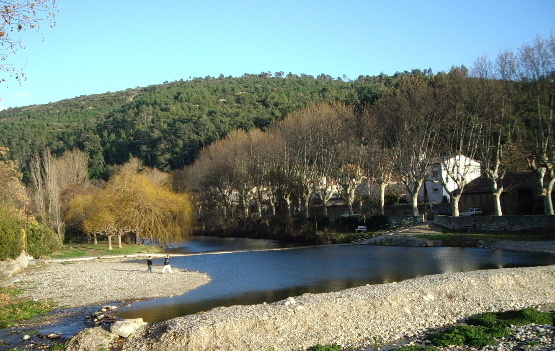 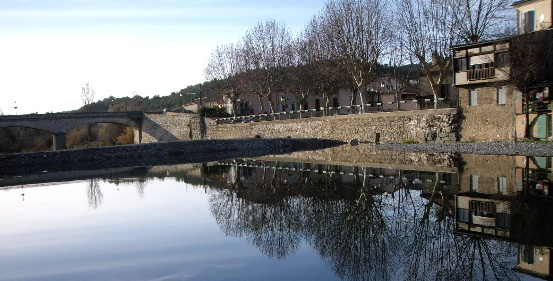 And here's a few more pictures of the village I’ve taken over the few weeks I’ve been here. 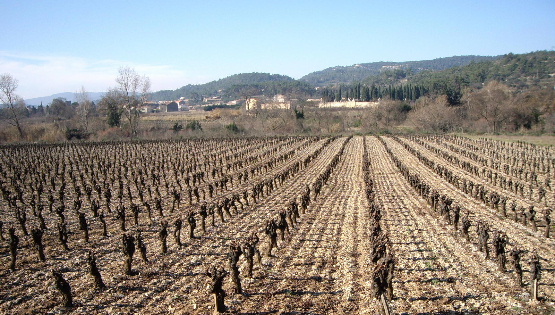 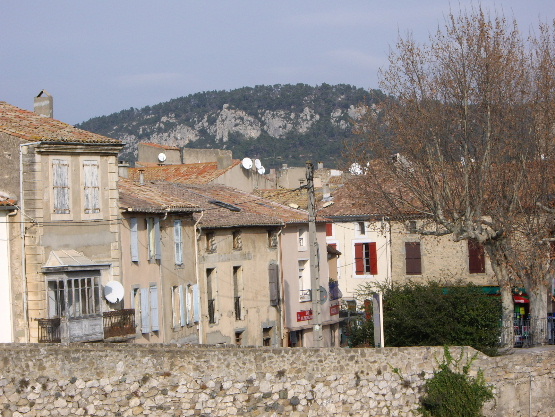 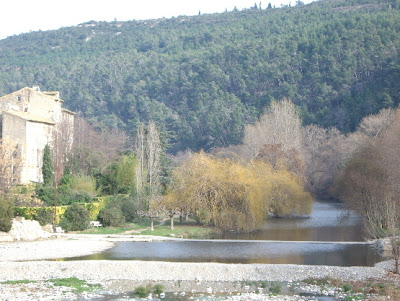 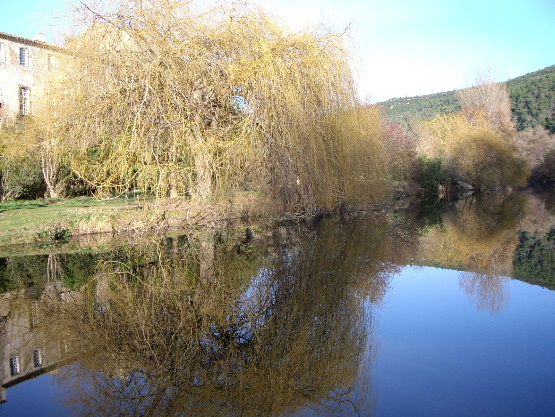 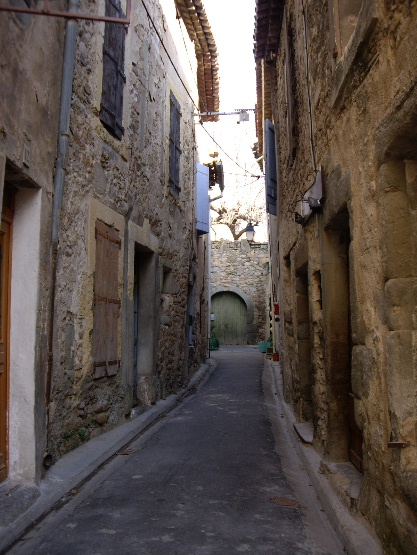 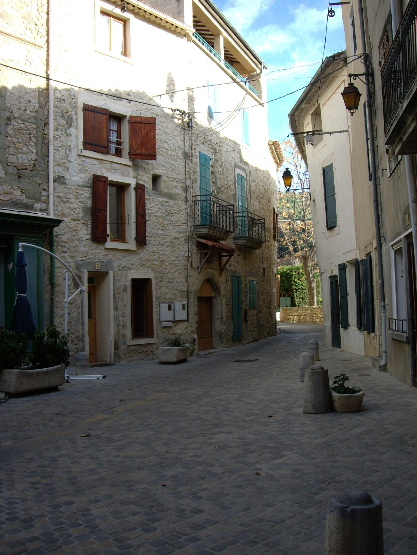 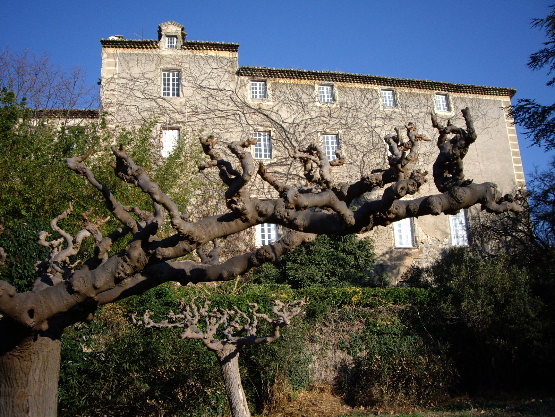 Here are two shots of the emblem, or crest, of Bize-Minervois. One is shown in stone in the entrance to the old part of the town, under La Porte Saint Michel, and the other is reproduced in ceramics. I’ve been told that the middle yellow wheel-like shape is a Cathar symbol, the two round yellow shapes are cut heads of garlic (Bize was renowned for the garlic that used to be grown on the surrounding hills), and the other two are snakes supposedly swallowing a baby! I’ve not been able to find any explanation or background for that description. 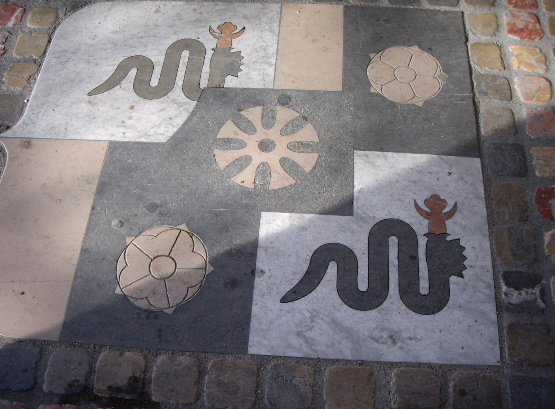 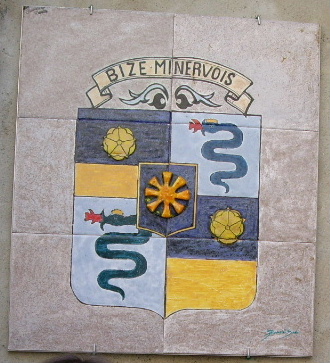 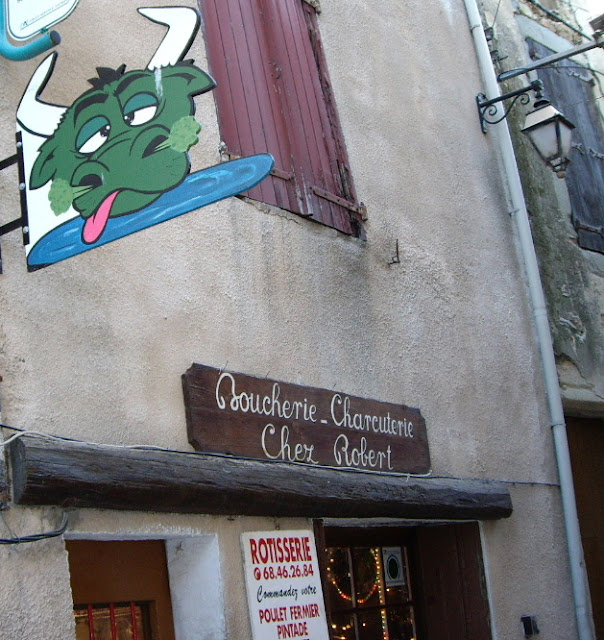 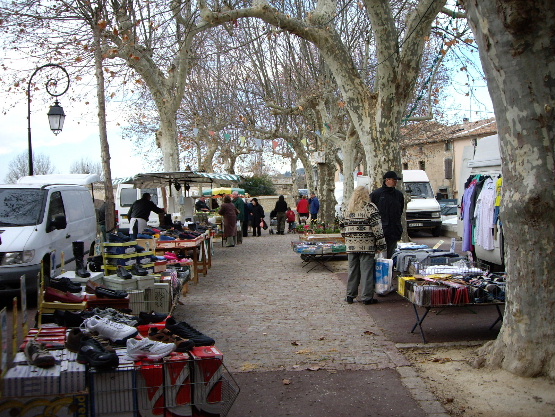 Wednesday’s market is a mixture – cheese, bread, fruit and veg, oysters and mussels, plants, shoes, clothes, etc. But vans with their own specialties come on other days of the week too – the meat van, a vegetable van, the fish van and not quite so regularly, shoe and furniture vans. And it’s all announced loudly from the Mairie’s office, from loud speakers that are located around the village. Before the announcement, there’s music. Usually some type of brass band music – strangely, the other day it was “Wimoweh - The Lion Sleeps Tonight”. And then the announcement of whatever is happening, preceded by ‘Alors! Alors! Alors!