Another year – another Bize olive festival. Weather was great – lots of stalls of goodies, wine, cheese, food – all the usual suspects! And lots of food to be had at stalls down on the promenade.

I wandered around the village in the morning with and we stumbled upon a hidden secret in the middle of the village. Well, not really a secret, but a hidden courtyard that’s only open very occasionally – the home of a local wine producer.
How gorgeous is this! 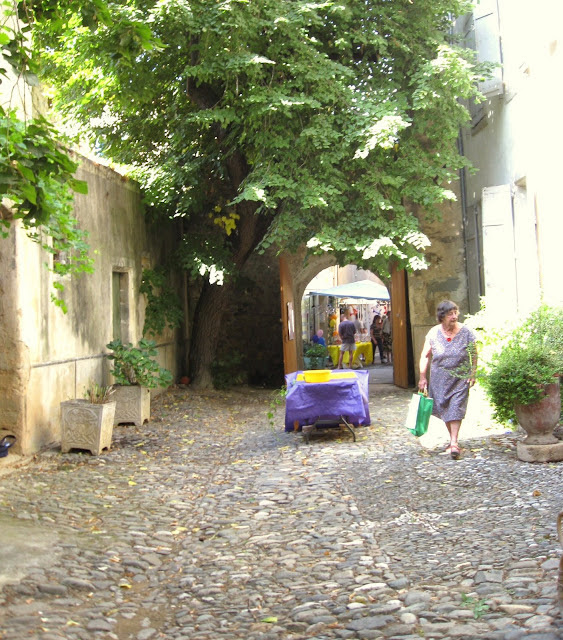 And in the huge barn off to the side is this old Model T Ford – the owner said he plans to restore it one day.

And then there is the aioli making competition at . Last year I arrived at the table too late to get close enough to be able to see it being made. Not so this year – I got a great possie at the head of the table! Sadly I couldn’t stay for the judging as I had to be elsewhere – but they were all looking and smelling pretty good to me when I left. 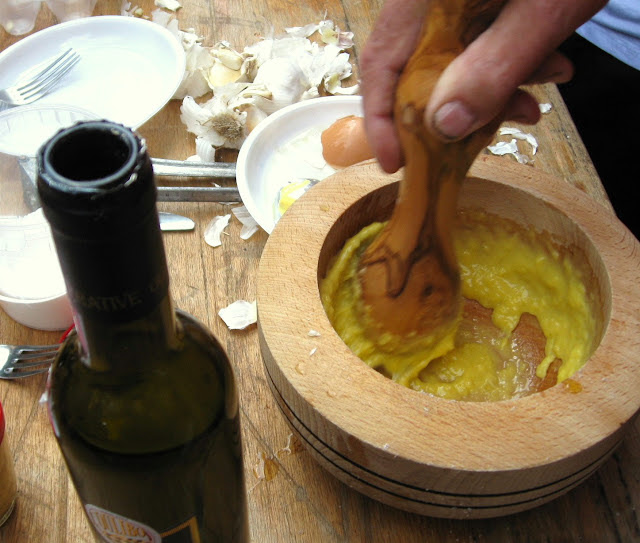 The contestants in action, with the help of the brass band playing in the background:


And onto another ‘foody’ topic – I went with some friends a couple of weeks ago to the to an evening meal in the square.

Before the food, the customary aperatif ....

It’s held annually and the speciality of the evening is mussels. Now, these are things I don’t normally eat a lot of – one or two in a mixed seafood dish has been my limit. Up until that evening, that is. Well, the fellow who actually produces the moules was there, and between him and a few helpers, they fed nearly 200 people!
Elegant it isn’t – delicious they are ….
The fire of old vines is lit under a huge metal plate and the mussels moved around to cook with a garden rake …

…. and served in a plastic washing-up bowl!

And they were unbelievably good – apparently the recipe is meant to be a secret, but the word out there is that one of the key ingredients of the marinade is pastis.
They just kept coming by the bowl-full to the tables, until we just had to say ‘non, merci’ …..There were other courses (this IS ) but they were of minor importance compared to the mussels.