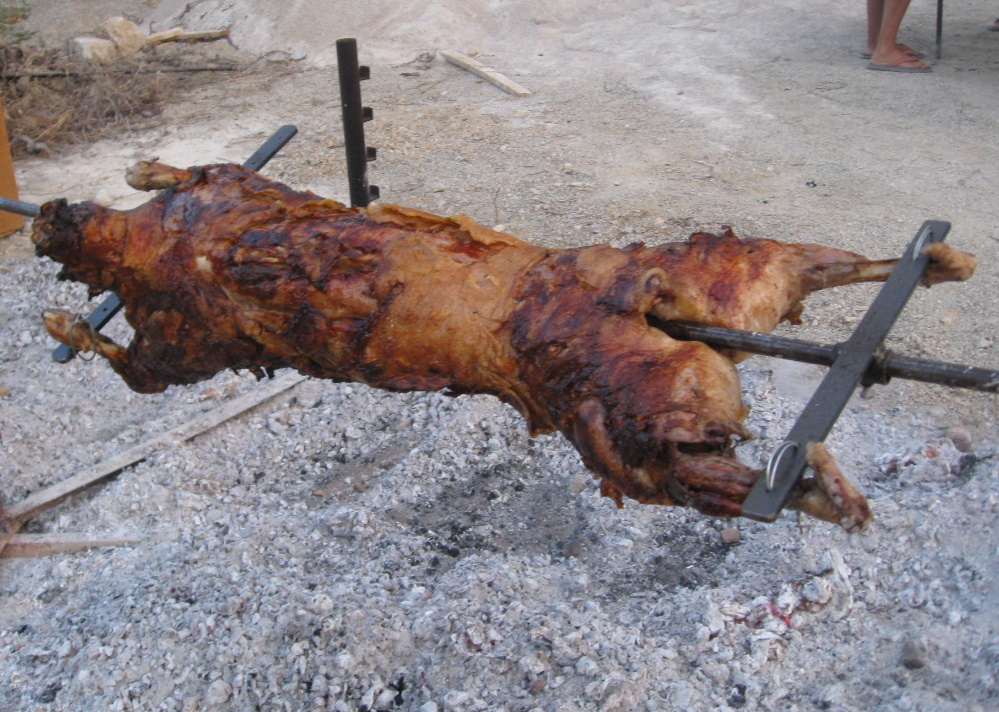 and a choice of dessert which was a sight to behold….. 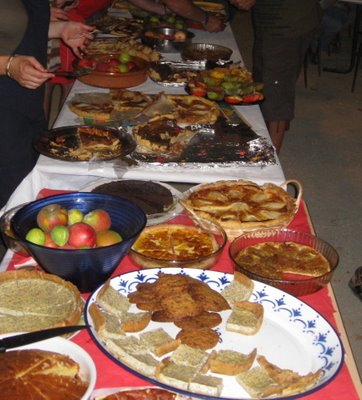 The event was to raise funds for Lo Cigal - the new Occitan School which opened last year in the village. It’s located in the old railway station. This is in addition to the Bize Primary school that Indigo attends – it is only a small school at the moment – and its aim is to teach the Occitan language, culture and history, with enrolment of children from all over the Minervois region.

Sadly the Bize Railway Station is no longer in use – the train hasn’t run for a few years now. It was the little tourist train that ran from Narbonne to Bize in the summer months, and was run by volunteers. But now the track is not in a good state of repair, and I imagine it’s stopped because of funding. 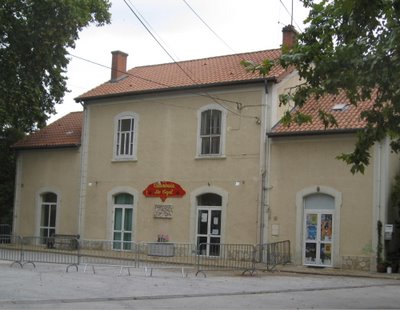 However, the night was a very good one – and after the meal, there was the Occitan version of square-dancing!

My cousins Col and Hass from Albany (Australia) are visiting at the moment. And with 8 Australian holiday-makers from Australia arriving at the end of the month to stay in the house, the Aussie contingent in the village will have been (temporarily) increased 10-fold.

They arrived into Narbonne by train, having flown Mauritius Air and spent a few days in Mauritius, and a few in Paris. They’ve had a couple of weeks here in Bize and visited different places in the area, and then tomorrow they head off to Spain for their next adventure, returning to Bize for a few days before going back to Australia. 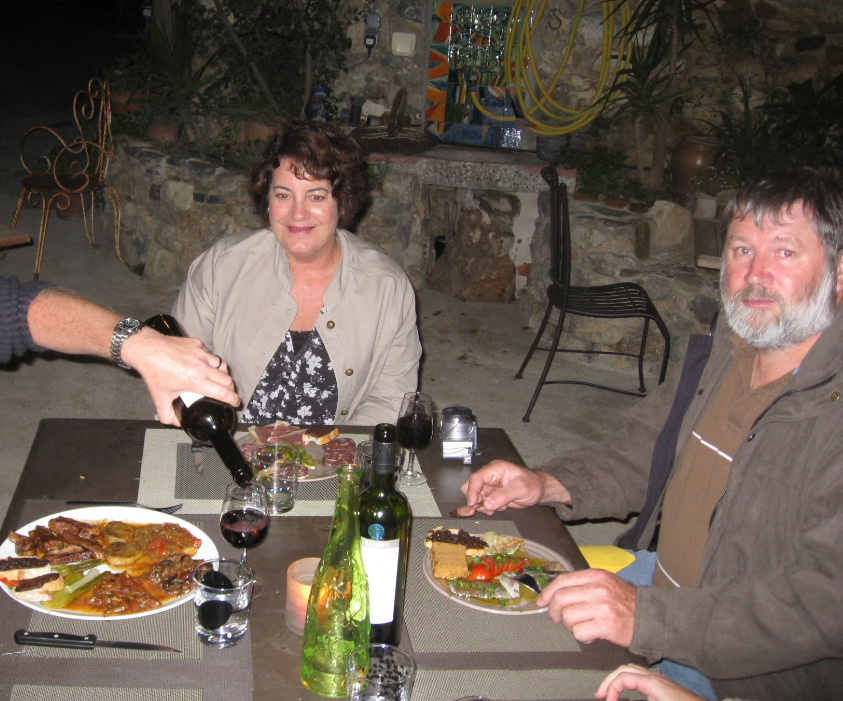 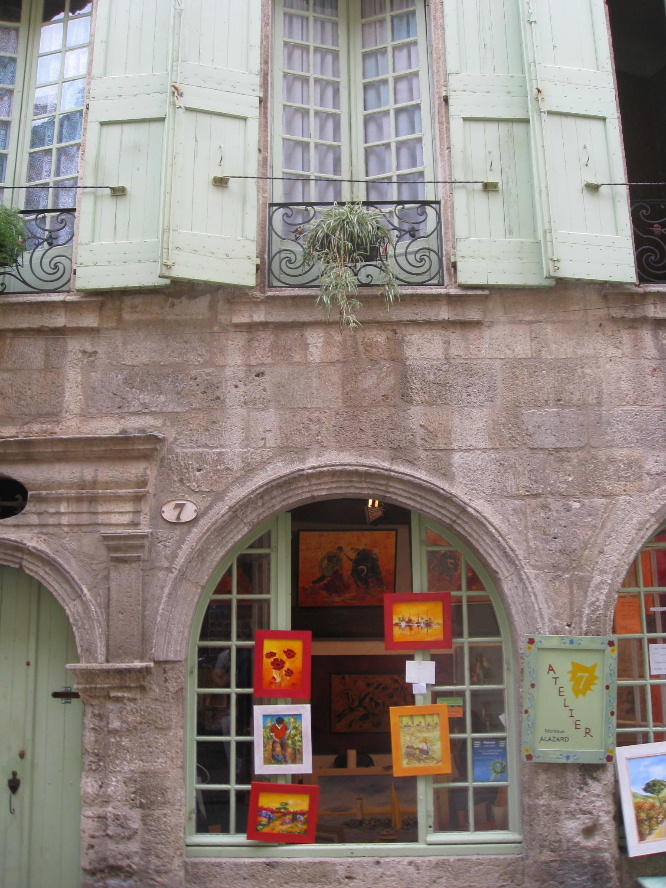 And are they finding driving in France different than rural Australia? In a word --- YES.

Between sight-seeing with me, and now heading out on their own in their car, they've found time to make themselves very useful around the place and have been a great help. With the four of us, we've managed to:
The story behind a garage full of household goods is this - Nic's shipping container has arrived from Canada, and until she gets a place of her own, that's where it's going to be stored.

The removal truck arrived a few days ago, and promptly blocked the street, much to the consternation of one woman who was threatening to call the municipal police.

Hass, being a farmer, is an early riser and was up at sparrow’s and on the lookout for their arrival - and witnessed the whole debacle.

And so they parked up the road, and walked the 30 or so metres back to the house with all the bits and pieces. I can still get the car into the garage - just. 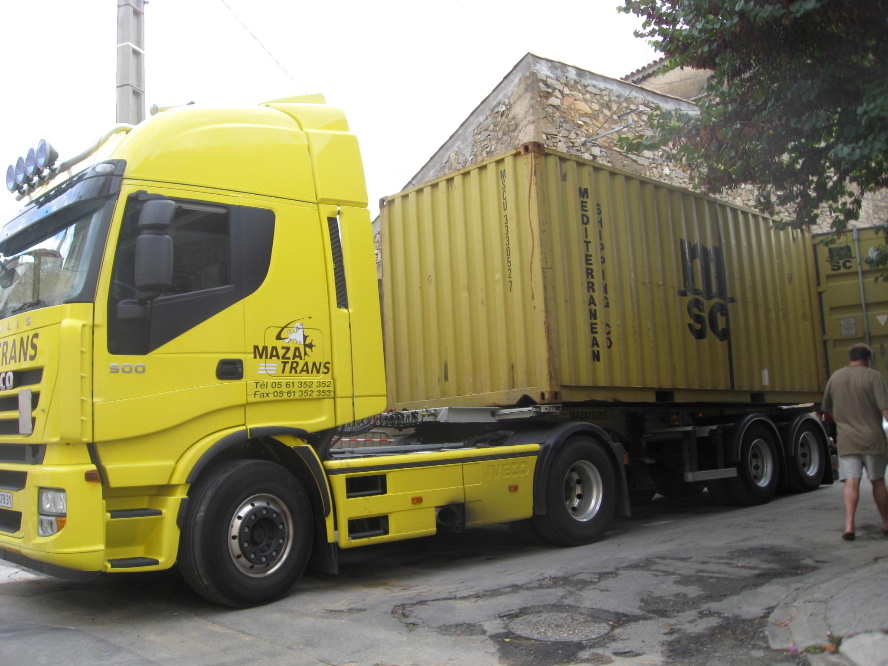 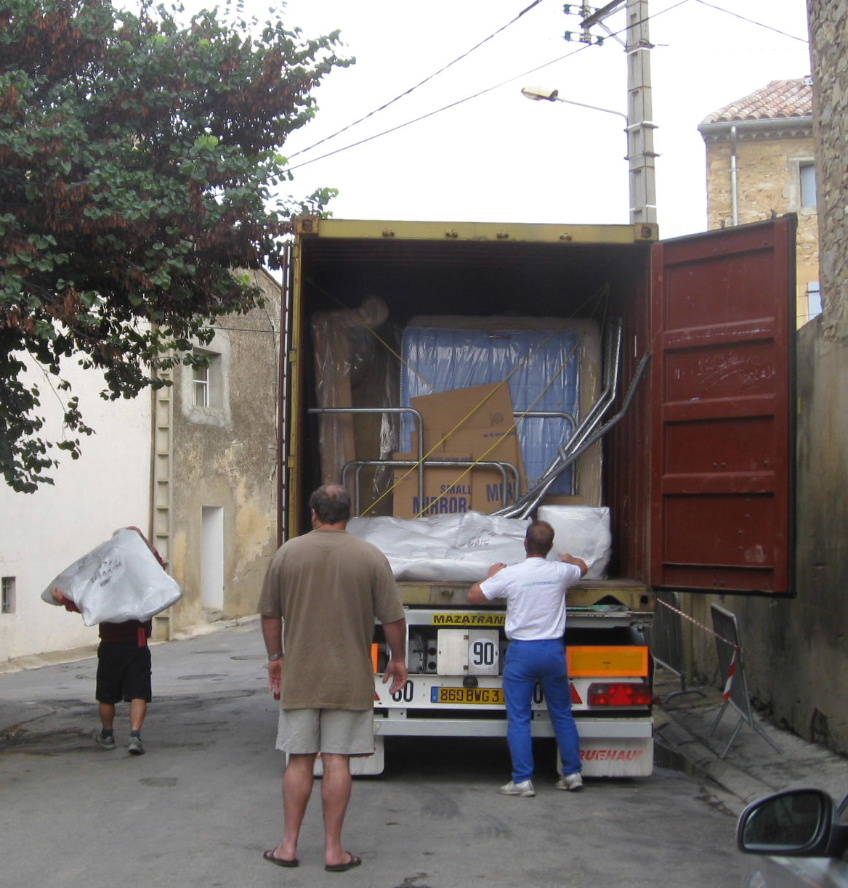 The kids have been so excited that their stuff has arrived - they're ecstatic in fact! Opening boxes to find their things - it's like an early Christmas for them.

Here they are on top of the pile - identifying the 'must haves'. 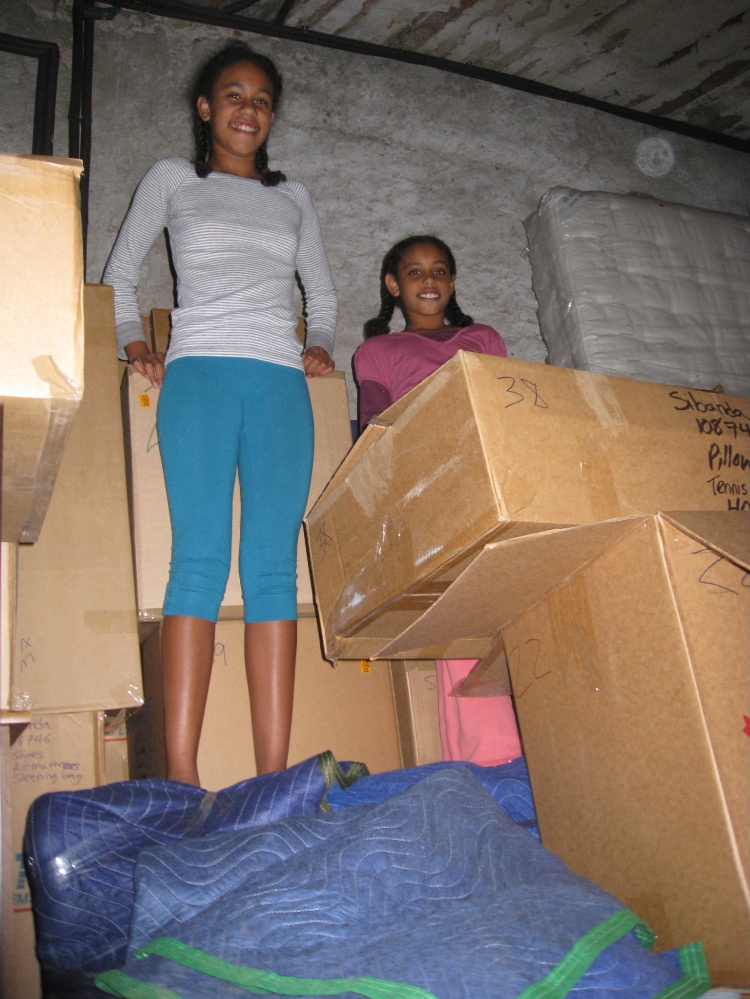 Both Sage and Indigo are settling into their respective schools and making friends .... it's not all been smooth sailing but it's getting better day by day, and they're both making new friends. 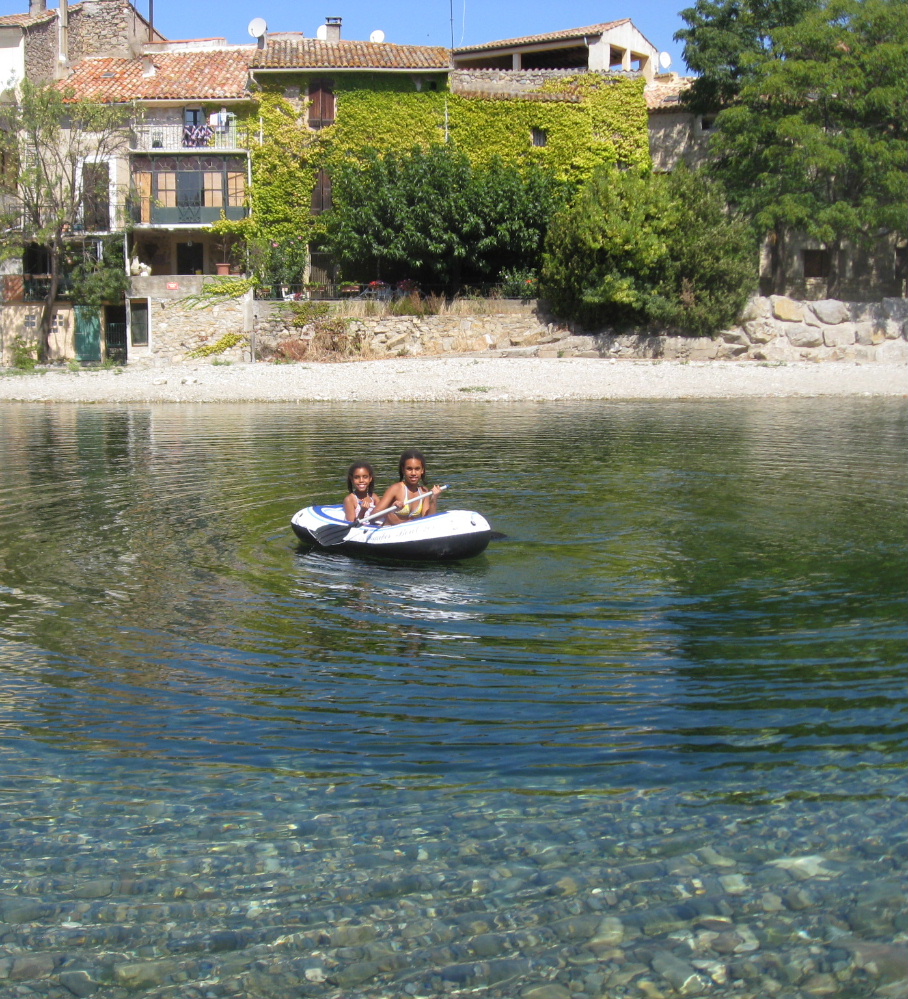 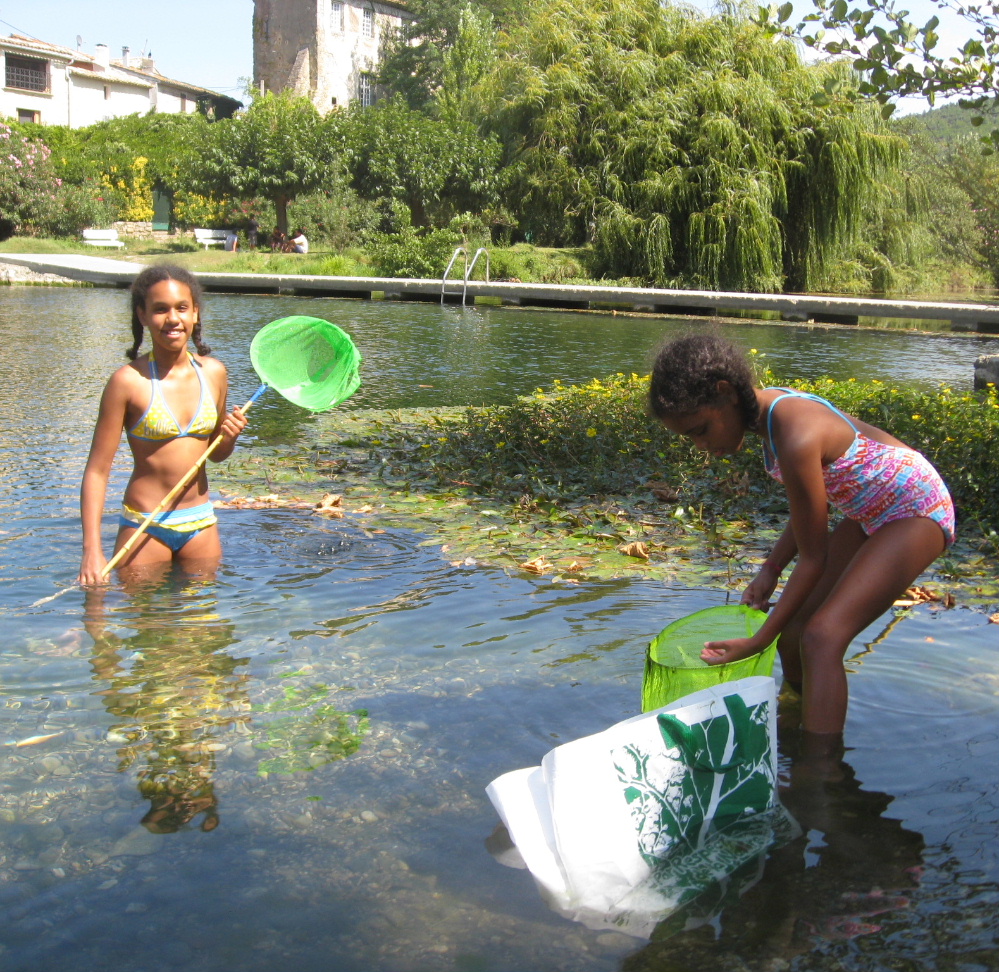 What's really interesting is to hear Sage's account of the food at school - French school lunches are famously known for just how good they are! At least three full courses, and the choices are unlike anything she’s had before.

Indigo has not yet started having lunch at school - she'll start next month. She's only 50 metres away from home and a lot of kids in the village go home - it's a 2 hour lunch break, same as all the businesses. Mind you, some businesses shut for a lot longer than 2 hours. This is France of course - lunch time is soooo important and definitely not to be hurried.

Unfortunately, that was the day of the furniture arriving and things were a bit hectic here. Indigo normally has a pretty healthy lunch - however, on this particular day she duly reported that she'd had cheese and crackers and a fish finger....!
at September 22, 2008

Love to see what the courtyard is looking like with the plants growing really well.

It is 1.17am and I MUST stop reading your blog!