It seems an age that I was away - but I got everything done that I set out to do. It was a very busy but productive time. I had hoped the weather would have been mild Perth autumn weather but no, all sorts of records were broken for that time of year, and cool it was not.

Anyway, my 8 weeks away was not all work - I managed to catch up with friends and family again which was great. This time I didn't take many photos or do any posting - but I did take a couple of video clips.

One day, unexpectly found a street festival happening in Fremantle - and got to see Lucky Diamond Rich - the world's most tattooed man who it seems now lives in Perth - doing a street performance ....... bizarre but entertaining!

.......... and then staying in Mandurah for a night with friends, found a Karaoke Championship happening in the pub next to the restaurant we had dinner in. So of course after dinner, we had to wander in for a look - and need I say how much fun this was!

I came back via Brisbane, to catch up with two very dear friends Marshall and Cameron, and managed to play the part of a tourist for a couple of days. I've only ever passed through Brisbane very briefly, a long time ago, and I must say it's a beautiful city. We had lunch at a lovely cafe up in the mountains behind Brisbane, on the aptly named Mount Glorious.

And here, I must admit, I did prompt them to introduce themselves (Marshall in his best French!)...

However I have to say how nice it was to arrive back here in France. My garden has come on a treat, the goldfish are doing well - though the warmer weather has caused an algal bloom, so things in that department are a little 'pea-soupy' at the moment.

The two tadpoles from the river are developing little legs. The idea (wishful thinking as it has turned out) was that I would have a colony of nice frogs in the garden.

Sadly, they're the ugliest and lumpiest tadpoles I've seen and I strongly suspect that they're soon going to turn into the rather unattractive toads that live in the vineyards!

So I'm thinking that they're probably going to find themselves back down at the river before they make a break for it out of the pond.....

Sage and Indigo are really enjoying life in the village lately - things are definitely looking up.

They have a freedom here that they've never really had before - they're safe playing out in the village and down by the river at all hours of the day - they ride their bikes everywhere and have made some nice friends here.

And speaking of kids on bikes - they've discovered a 'fun thing' to do - to make their bikes sound exactly like motorbikes. Nothing scientific here - but extremely effective.

Sage accidentally discovered this when she ran over an empty drink can and it got stuck on her wheel. And now they're all doing it......! 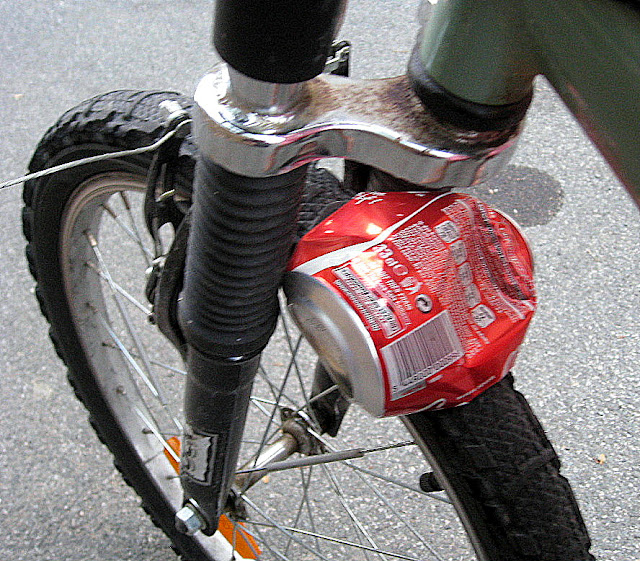