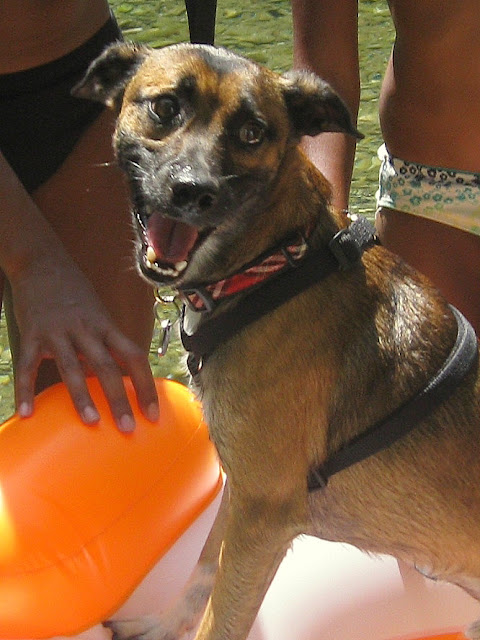 The kids were promised a dog long ago. And he has arrived - in the form of Aston, a rescue dog from the pound in Montpellier.

He appears to be a bit of a mix of a Jack Russell, whippet and perhaps some other small breeds. The locals look at him and say knowingly, ‘ah oui, un ratier’ (terrier) - he certainly has that look about him.

Even I’m taken with him – he’s 2 years old, house-trained, cute as a button, really good with the kids and is revelling in all the attention he’s getting!

Mind you, at the moment he is ‘entire’ – pretty well the norm here in France for boy dogs. So he is a bit prickly around some other dogs at the moment – but that should change after a soon-to-be-arranged visit to the vet.

So unless he acts real fast, he won’t be adding to the canine gene pool in Bize!

Given that we’re in the middle of a heat-wave here, we’ve been spending quite a bit of time at the river.

Now it would appear that Aston has not had a lot to do with water before – we’re thinking he’s been a city dog all his short life – and he’s certainly not taking to it like the proverbial duck. Think ‘wuss’.

He much prefers being carried … 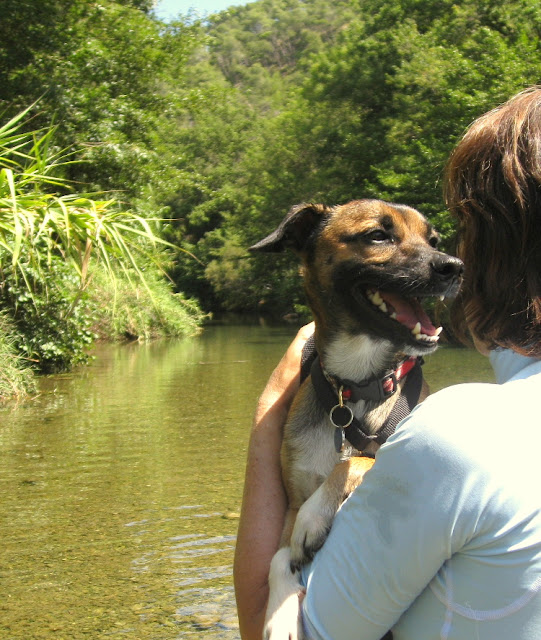 Or keeping his feet dry .. 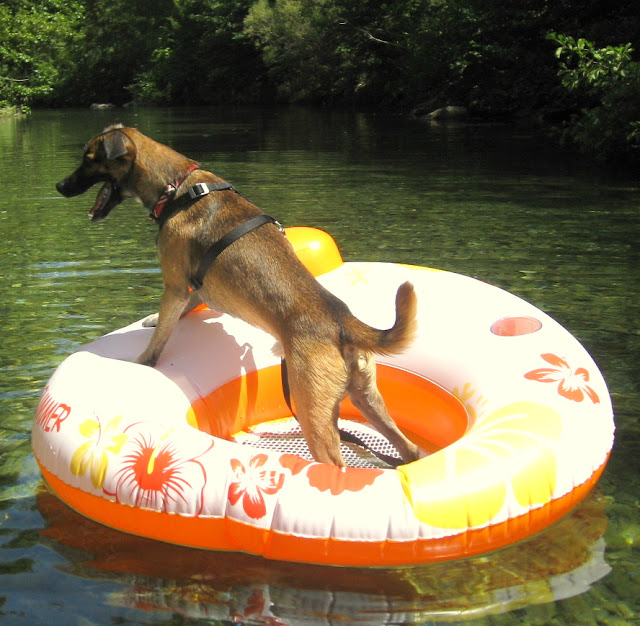 And when he’s put in the water, he heads straight for the bank.


Perhaps by next summer ….