A weekend of Lodève and Joan Baez


Friends from Fremantle - Ron and Gaye - who have an apartment in Lodève, have been in France these last couple of months. We’ve managed to catch up here in Bize a few times – and consequently had a very social time doing it.

Incidentally, they have been keeping a blog of their own about their stay here, with some lovely photos of Spain. They’ve convinced me that Bilbao and San Sebastian are a must-see, so that will have to go on my increasing list of ‘places I would like to visit’.

Last weekend I went over to Lodève and spent a very pleasant weekend in their stomping ground, so to speak. Doesn’t do me any harm at all to move out of my comfort zone!

Their apartment in Lodeve
And while I’m very biased about this region and this lovely village, of course I can accept that there are many beautiful places here in France – and Lodève and the surrounding countryside are just that. 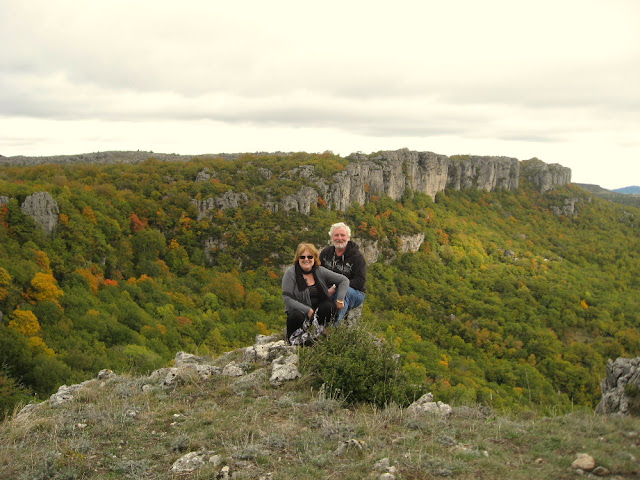 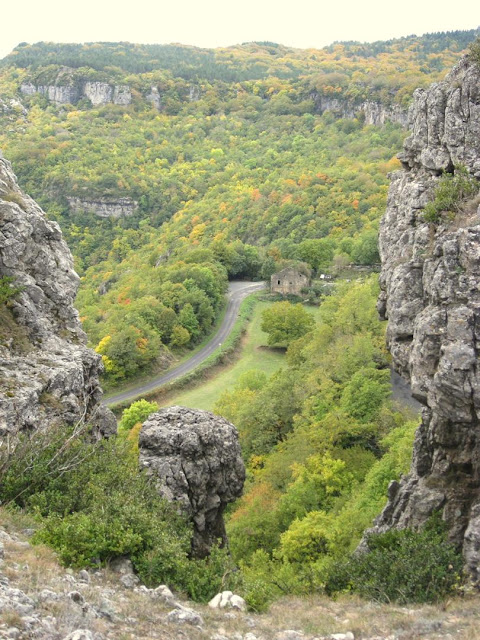 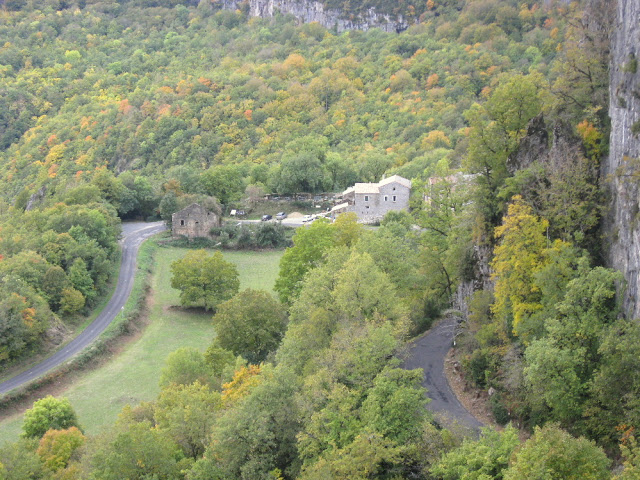 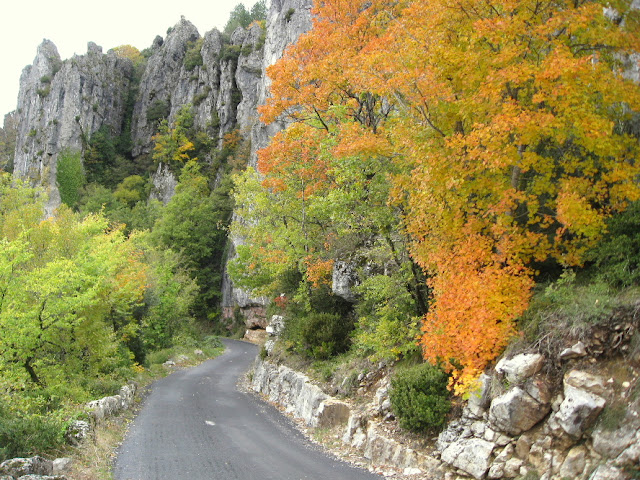 Very different – the vines peter out as it’s a fair bit higher, and you actually get to see a bit of livestock – non-existent in most of the Languedoc of course. Here, it’s grapevines and then more grapevines. Now why did I decide to settle here…?

Lodève itself is a town of about 7,000 people with a great Saturday market. We wandered into the cathedral (Cathédrale Saint-Fulcran de Lodève) and were greatly amused to hear chopsticks being played by a young boy up the front of the church!


The highlight of the weekend was the Joan Baez concert in Montpellier – even better, it was a free concert being held outdoors, at the end of a week-long guitar festival. 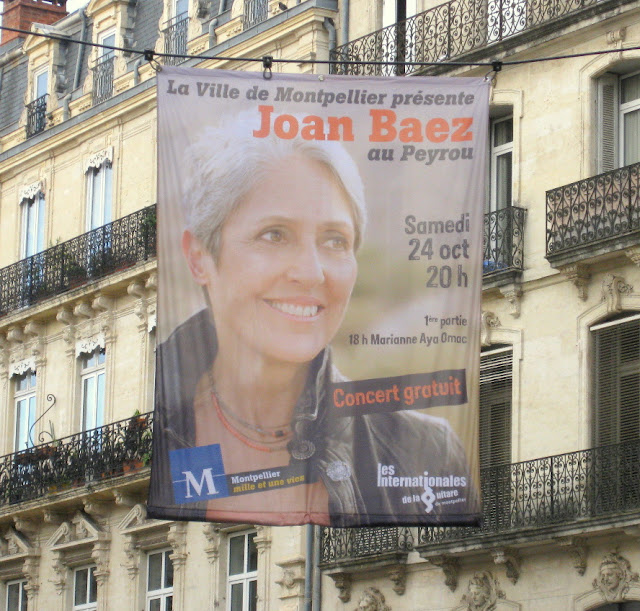 We drove down to Montpellier – about a 40 minute trip, and did a park-and-tram ride into the centre of town. We were very organised – packed sandwiches for dinner, and arrived in plenty of time to get a space fairly close to the stage.

We were in fact just behind a small fence, on a grassed mound that was high enough for the vertically challenged (i.e. me) to get a great view across the sea of heads. 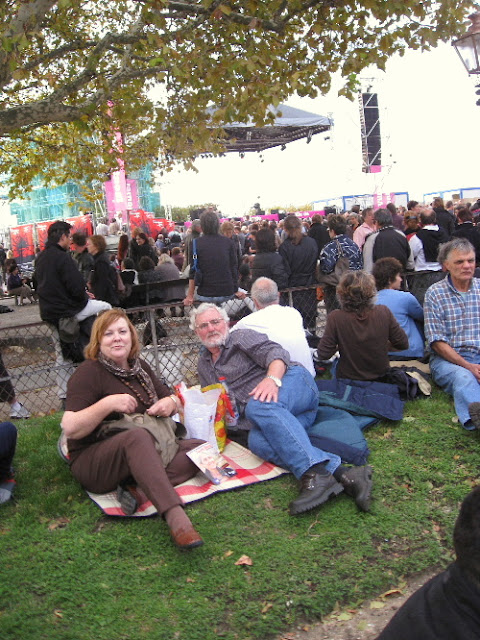 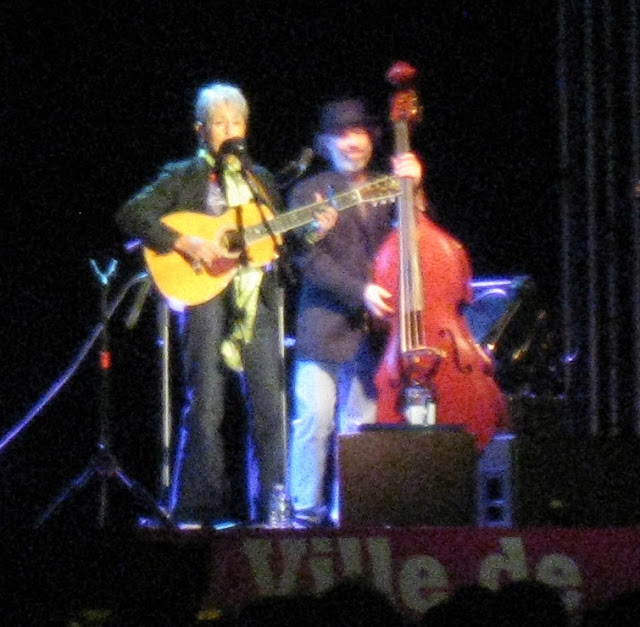 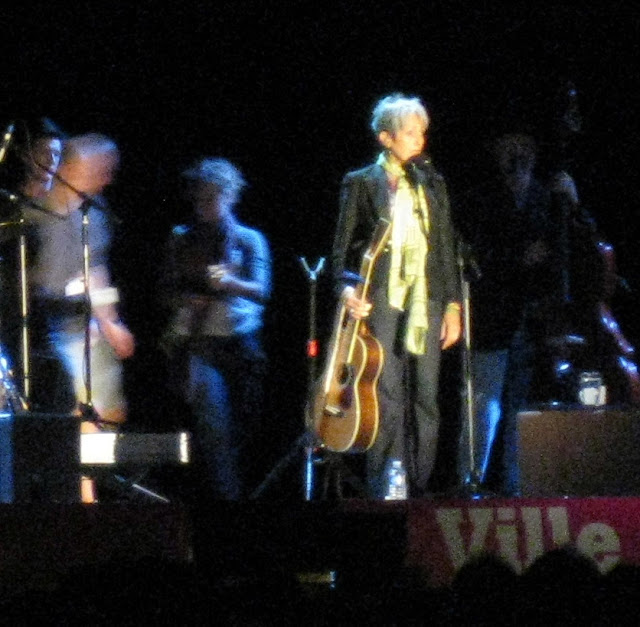 There was a young guy standing immediately in front of us. He smoked about 4 or 5 joints in the first hour or so of the concert and was enjoying himself immensely. And then he decided he could play a game of chess, and still have a great time. And that’s exactly what he did!


And as I’ve mentioned before, October has been (and is continuing to be) incredibly warm. A few weeks ago there was a frost, and we figured we’re well and truly into autumn weather, heading towards winter – and it all turned around again. We’ve been basking in mid- and sometimes high-twenties. A little bizarre really, but certainly no complaints.

Anyway, the weather on the night was amazing – we were all prepared for a cold evening, and ended up in shirt-sleeves for the duration. And Joan Baez gave a great concert to a very enthusiastic crowd of perhaps 20,000 people.


The archway (Arc de Triomphe or Porte du Peyrou),
leading to the Esplanade du Peyrou, the venue for the concert. 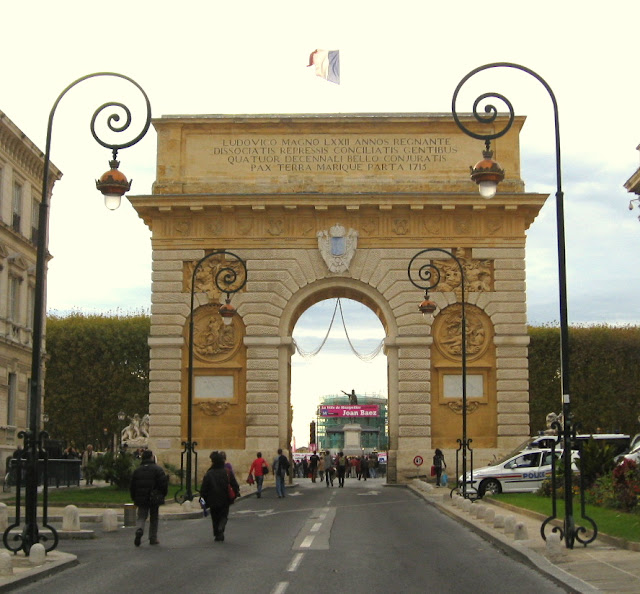