Fire-crackers are a common thing here at festivals – well, any celebration really. Unlike Australia – where they’ve been illegal for more than 40 years. They can be bought just about anywhere. Here in Bize, you can get them at the local lolly shop – where else....

And there were a fair few of them around at the recent Bastille Day celebrations. Most of them were being let off by the young kids of the village. But not all of them.

There were a couple of women of a certain age (well, perhaps only one was of a certain age) who sat on a balcony, enjoying a wine in the late afternoon, and who sent the kids off to the lolly shop to buy a packet of Tom Thumbs. 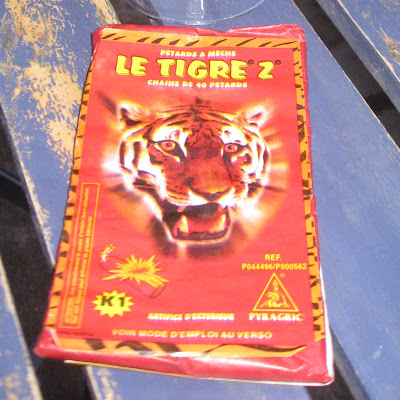 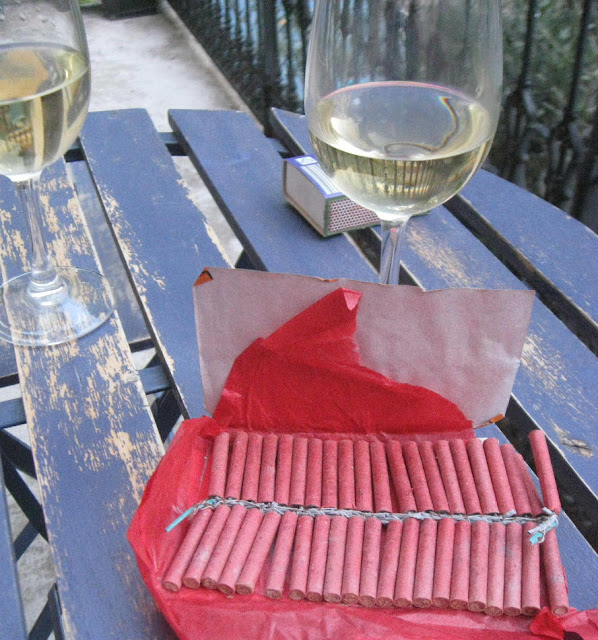 I haven’t had so much fun in a long time! 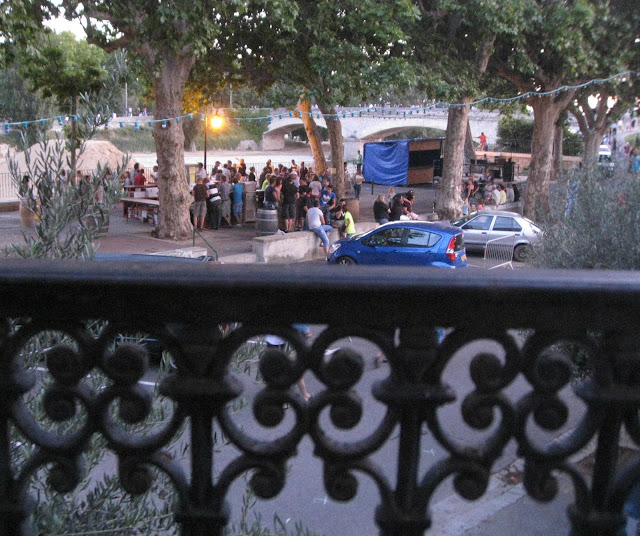 We were quite restrained - resisting the temptation to drop them onto unsuspecting people below - instead we dropped them into the olive tree.

Some of those little guys had surprisingly short fuses - here's Nic getting a couple away in good time though.

Another one been and gone - I was a little late getting down to the aioli-making competition, and arrived just after it had finished ....... 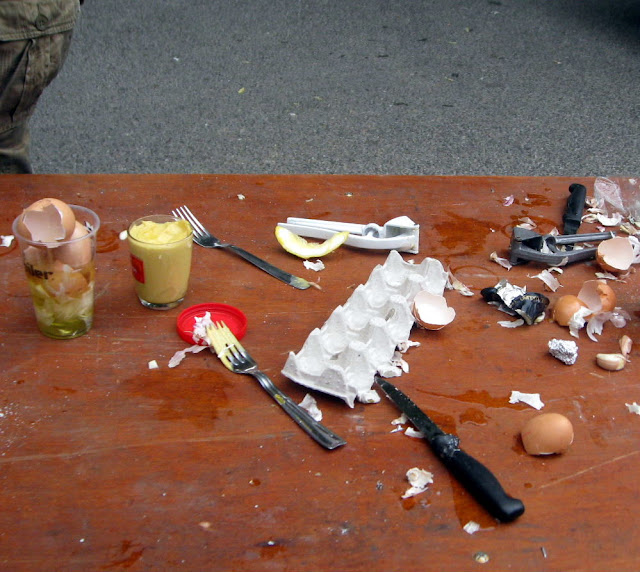 Many of the usual food and handicraft stalls ... 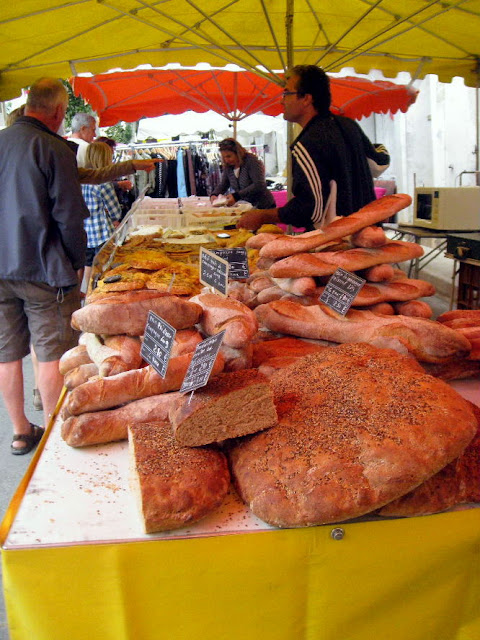 ... and a few new ones, including this man selling knives, axes, scythes and many sharpening stones. 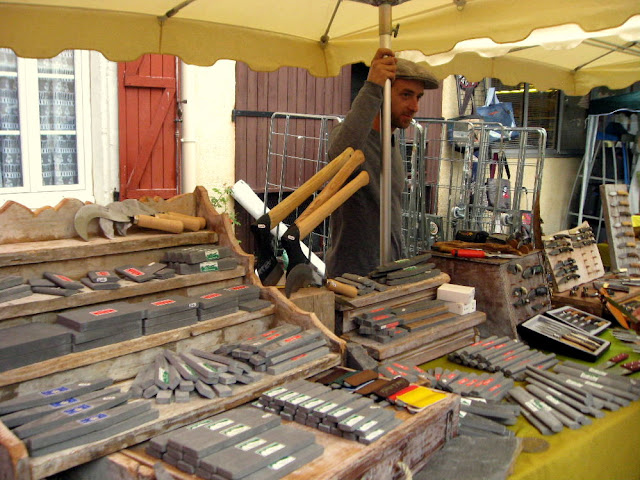 At the end of the day, fireworks on the river. 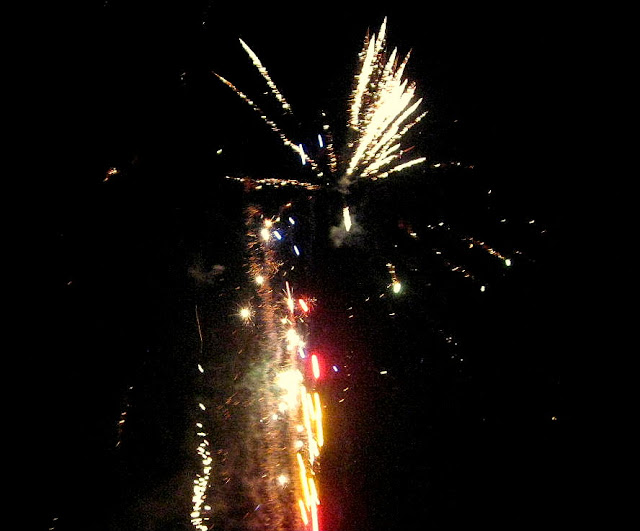 And all this under a beautiful full moon. 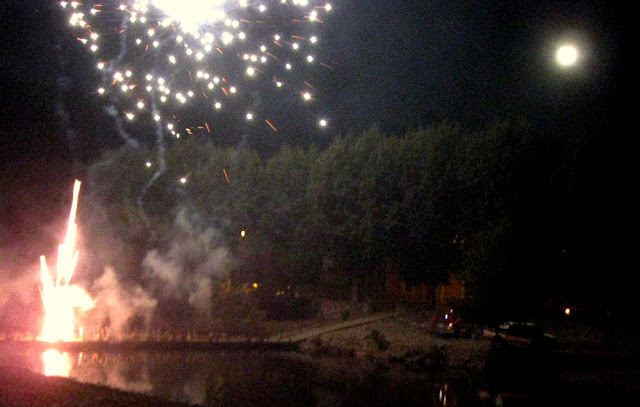 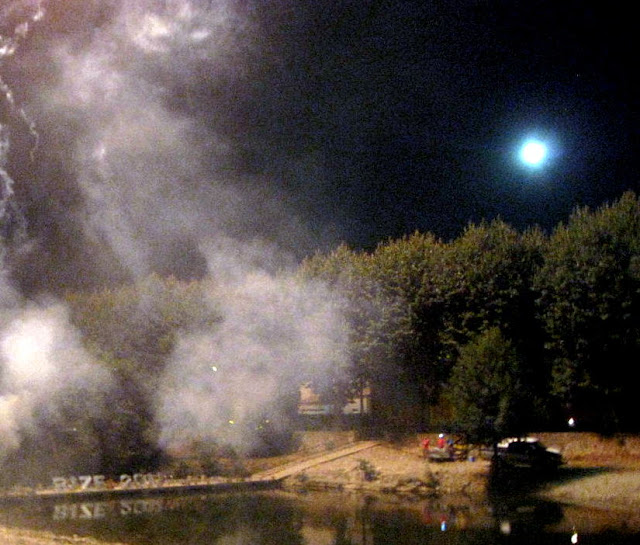