The wall is finally finished.


18 months after I started, it’s done. No point in hurrying these things. Actually, as there was no pressing urgency, it’s been very much a stop-start affair. It all depended on the weather forecast, visitors, my levels of energy and enthusiasm, etc.

I’d mix a bucket full of the sand and lime mixture, prepare a section of the wall, plug in my earphones to listen to an audio book and do about a square metre at a time.


I have to say that seeing the wall being slowly transformed was very rewarding. And though I won’t be hanging my shingle out any time soon, I feel I’ve got a bit of a handle on something else now. The very least 'fun' bit was getting off the concrete rendering - made a little easier when I borrowed a compressor and percussion drill thing. Now that WAS slow work. I wasn’t able to complete the whole project myself – I guess I did about two thirds. It was just too high and I had to get someone in with scaffolding to do the very high bits.

The east wall: BEFORE 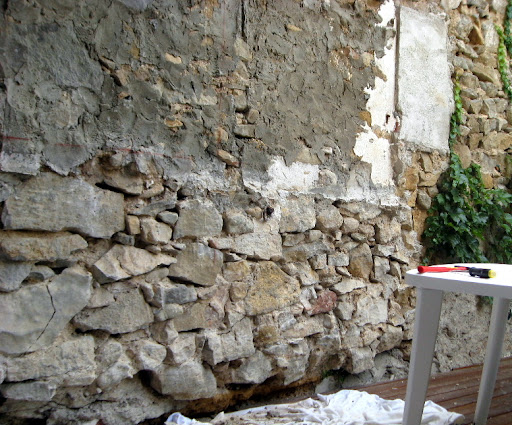 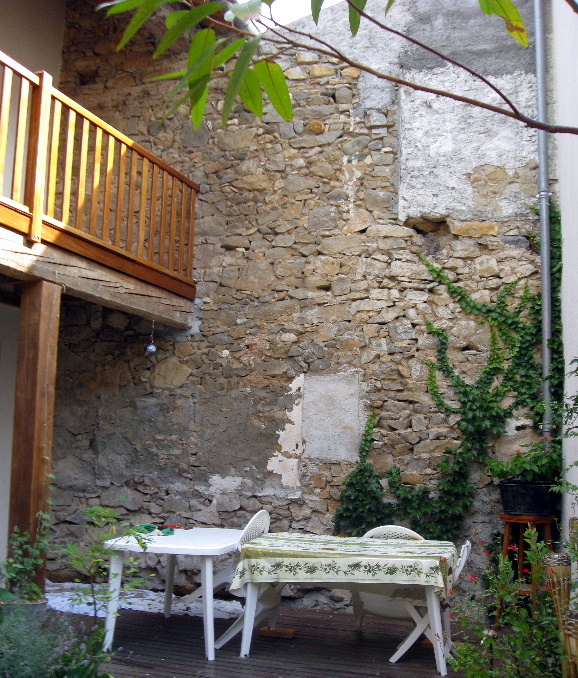 The east wall: DURING - and to the height I was able to do 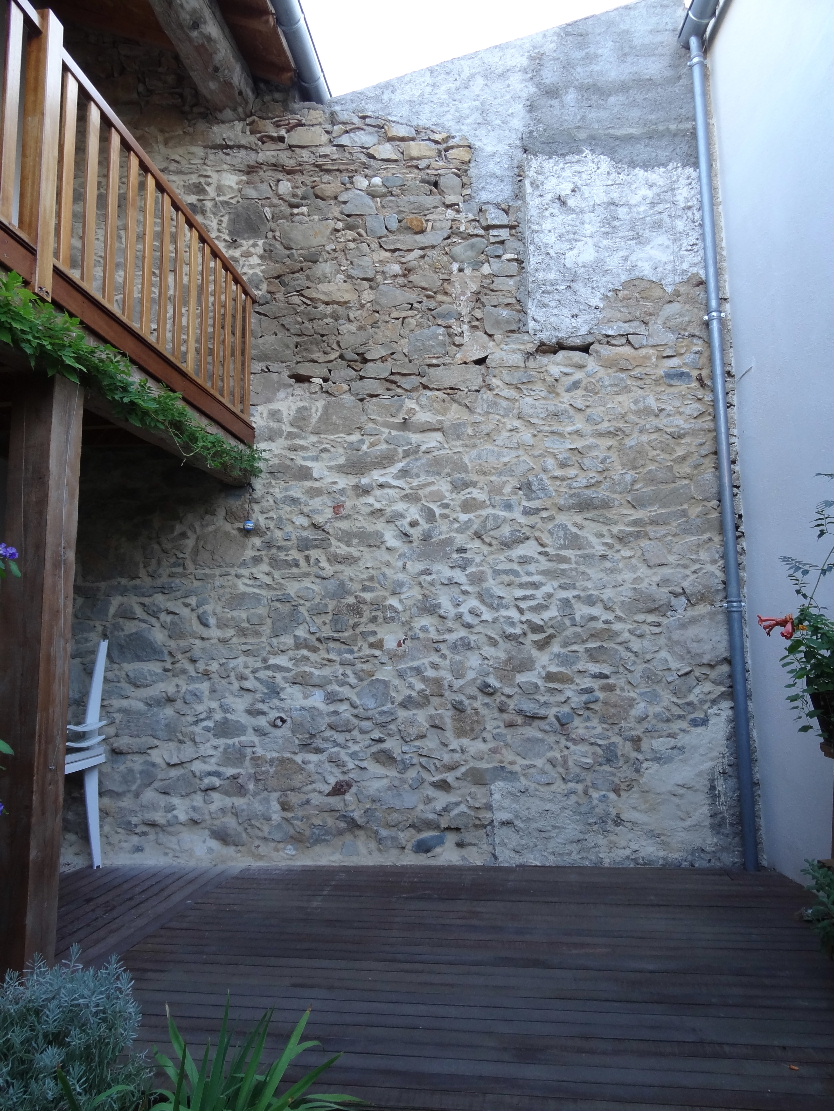 The east wall: AFTER 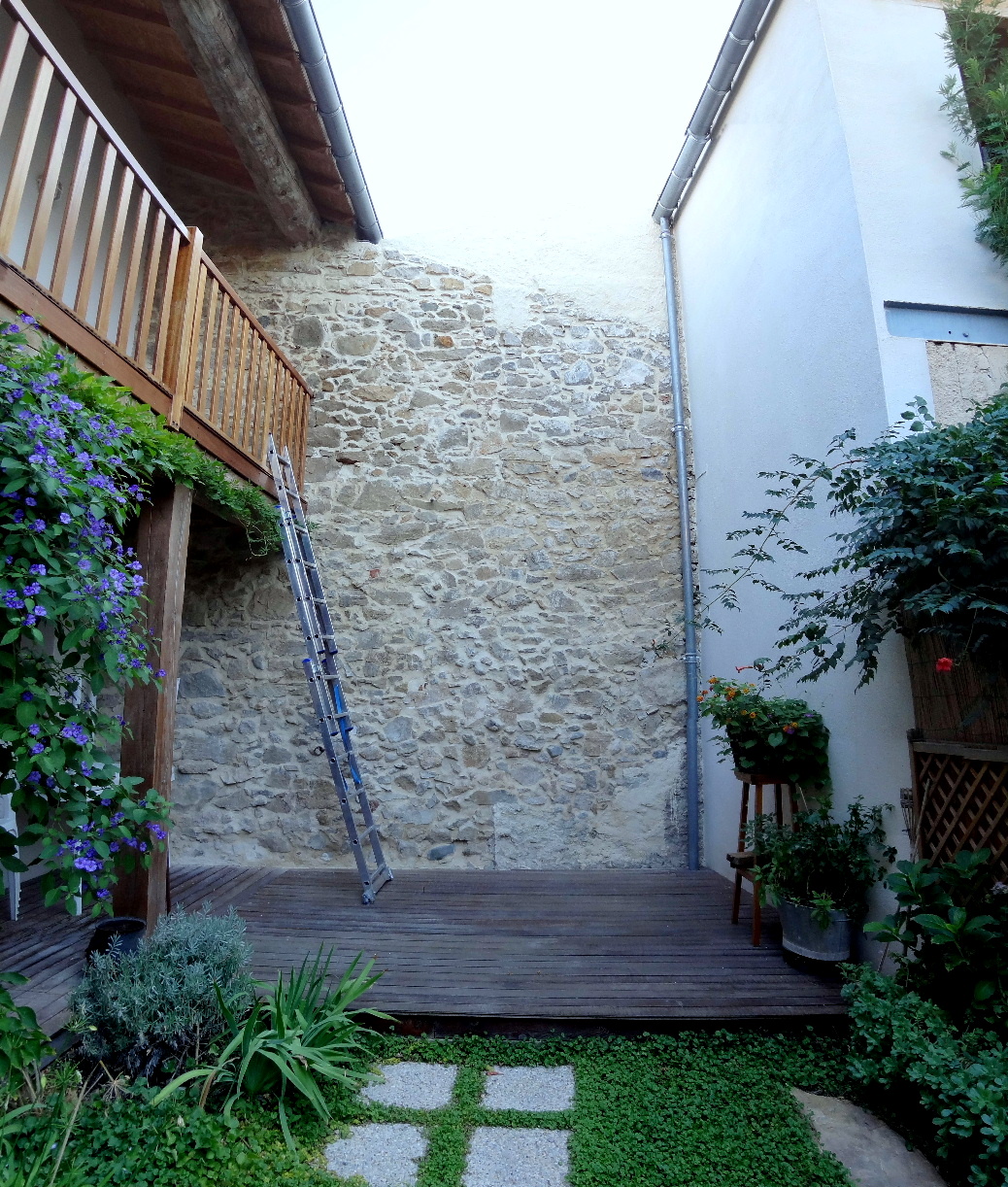 The west wall: BEFORE 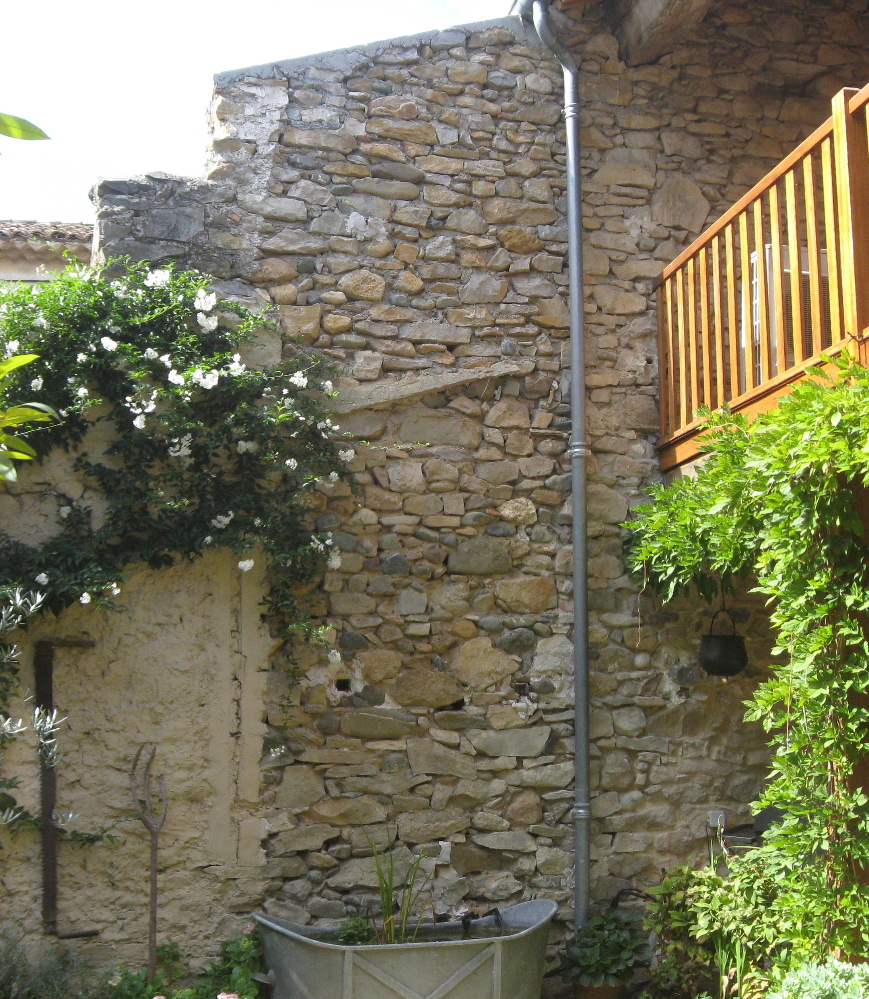 The west wall: AFTER 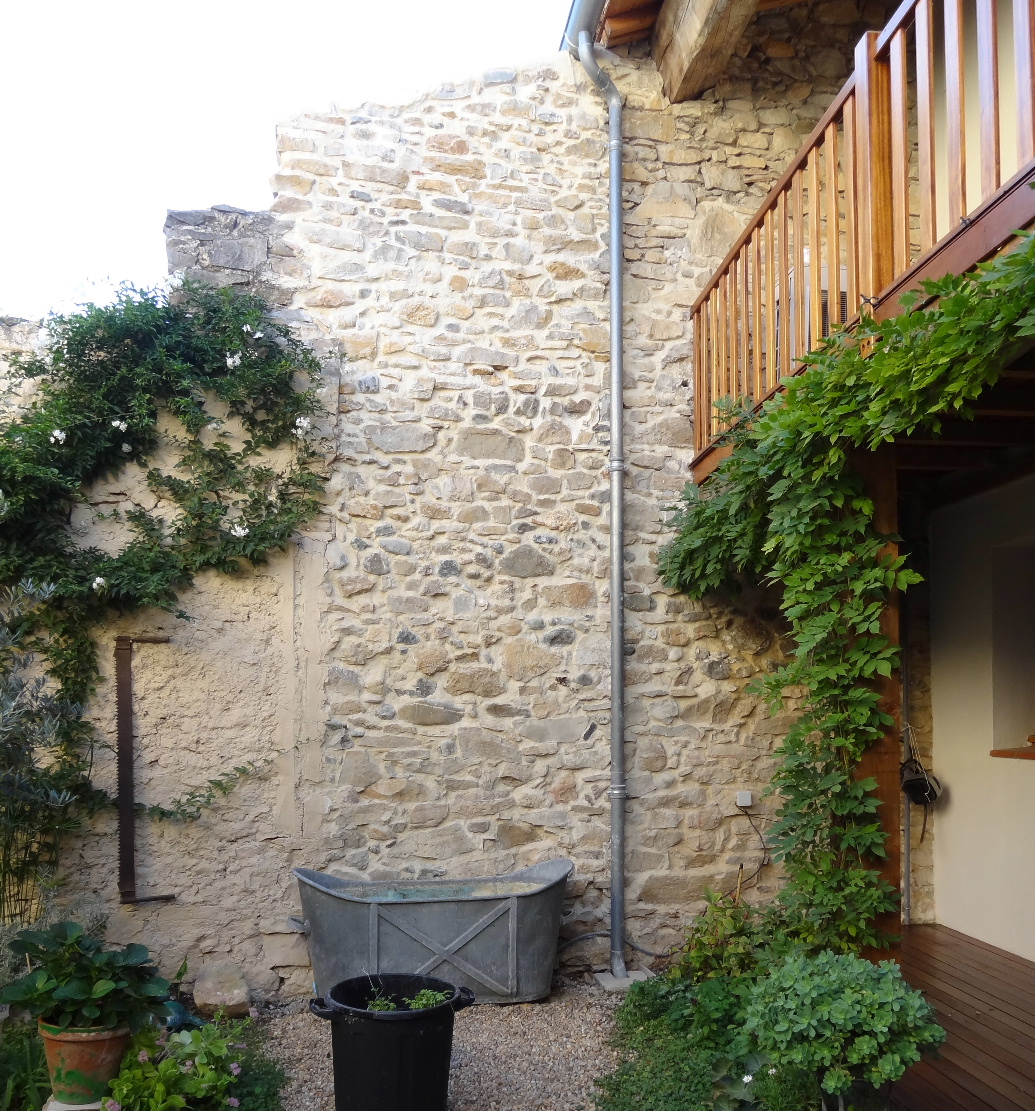 It did involve draining and moving the fish pond while I did the section of the wall behind.

And while the fish seem happy swimming around in a large rubbish bin - their temporary home for more than a week now - I reckon they’ll be pretty pleased to be back in the pond. 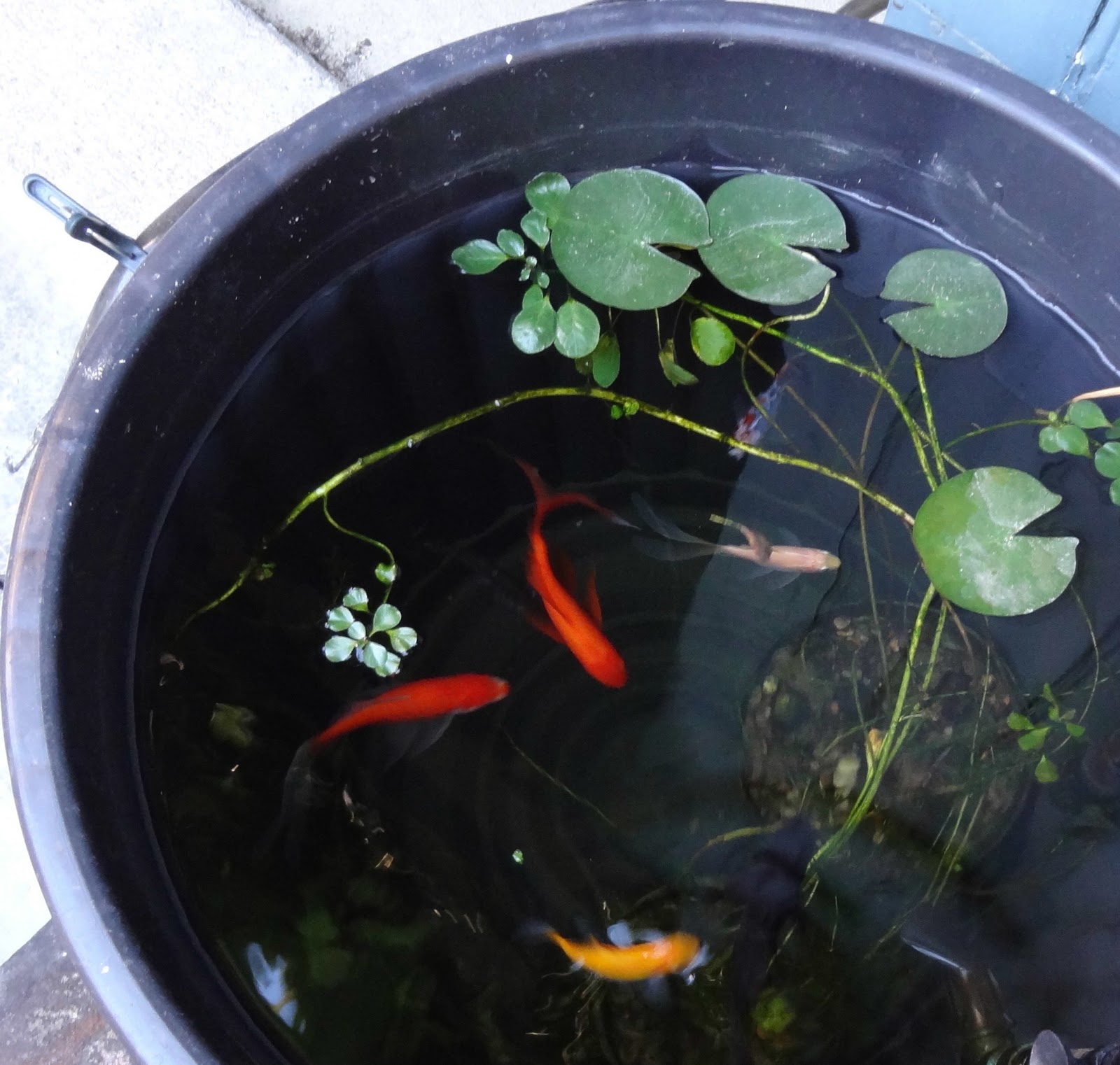 And here’s an aside - and nothing to do with walls.

Lunch in the nearby village of Ginestas last week with a group of friends. Nic drove, and we had trouble finding a park nearby. We finally found a place, didn’t notice a ‘no parking’ sign (really…) and parked the car.

After lunch, walking back to the car, we noticed fire engines AND police – we heard later that they were trying to get someone from a building, perhaps a stretcher case from an upper floor? There wasn't any smoke or any real sense of urgency thank goodness. Anyway, we stood by, wondering what was going on – this was before noticing the ‘no parking’ sign – and realised we were getting tickets. Well actually, one of our group was.

And here he is (to remain nameless) – hot-footing it down the road. To no avail – a €35 ticket was given out on the spot. Ouch. 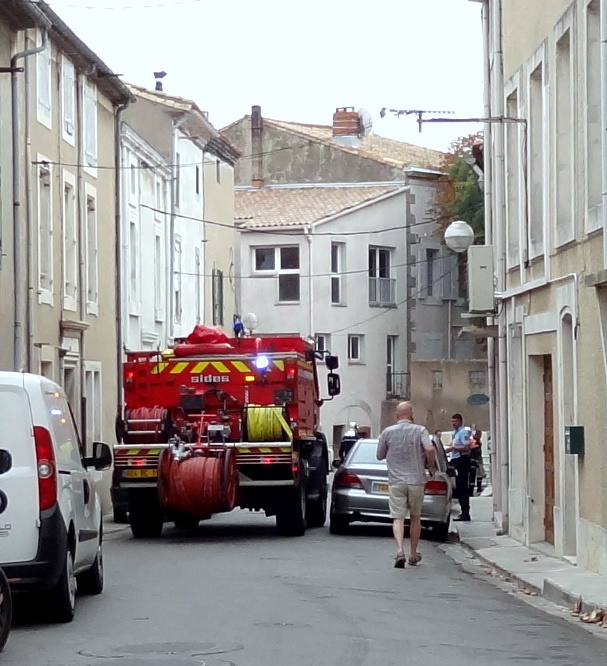 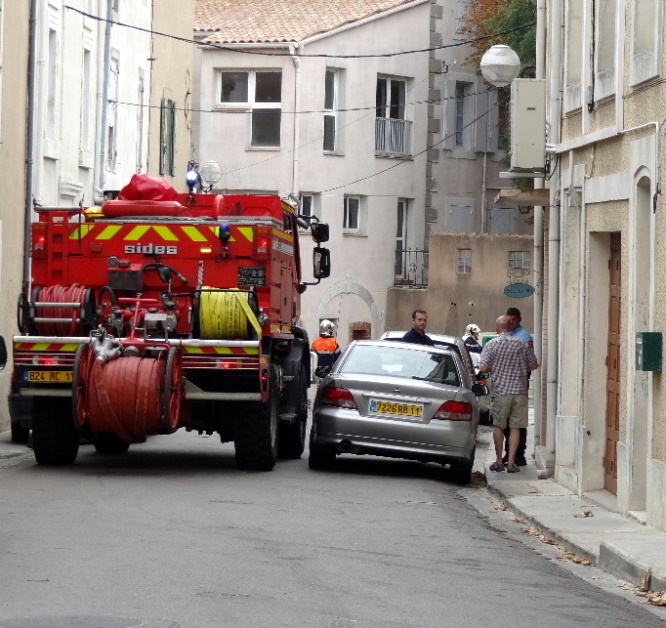 Nic and I and Barbara ran to the car just as one policeman was preparing to write a ticket, but we managed to drive away before that happened. Well, we didn't exactly do a runner, we proffered our apologies and said we were just moving (?).

But not before he pulled out his digital camera and took a photograph of the number plate.

I think a ticket will be heading to Bize in the post some time very soon….
at September 21, 2011

I love the stone wall!