Last walk of the season

Last Friday was the last group walk for a while - a break now until September because of the heat and the holiday season. It was a grand affair held up in the - beyond St. Pons-de-Thomières - at the edge of a reservoir.

No vines at this altitude - but lovely pine and oak forests, which made for a lovely 2 hour walk before lunch.
And quite a bit of heather in flower here too. 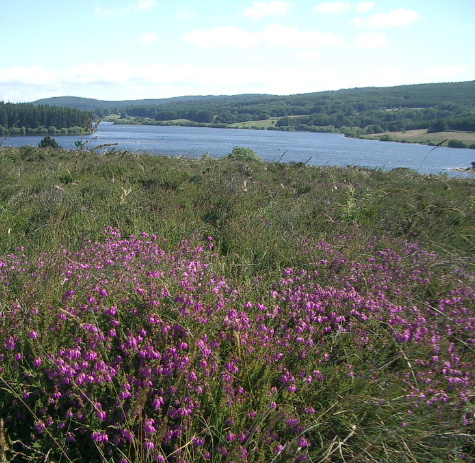 And so much cooler - good walking weather. There were more than 50 people for this day out - though only about half did the walk. The rest stayed back and 'set up camp' and made sure the BBQ's were sorted. And this is what I call a barbie! - a monster of an affair, with all four sides lit to cook for the crowd. 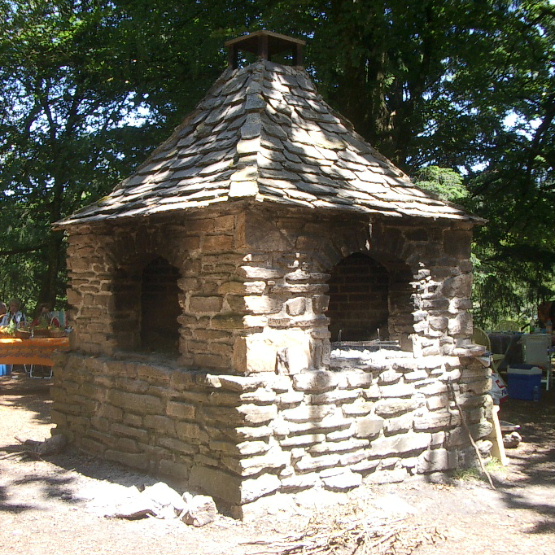 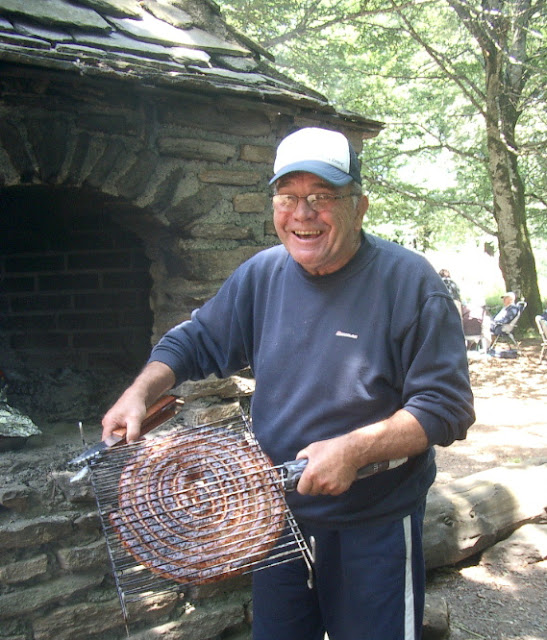 This was a 10 Euro per head deal, and what a feast was provided, starting with the essential 'appero' after the walk. In this case, blue punch - made of much champagne, some type of citrus liqueur and a whole bottle of Blue Curacao! Looked ghastly - tasted wonderful. 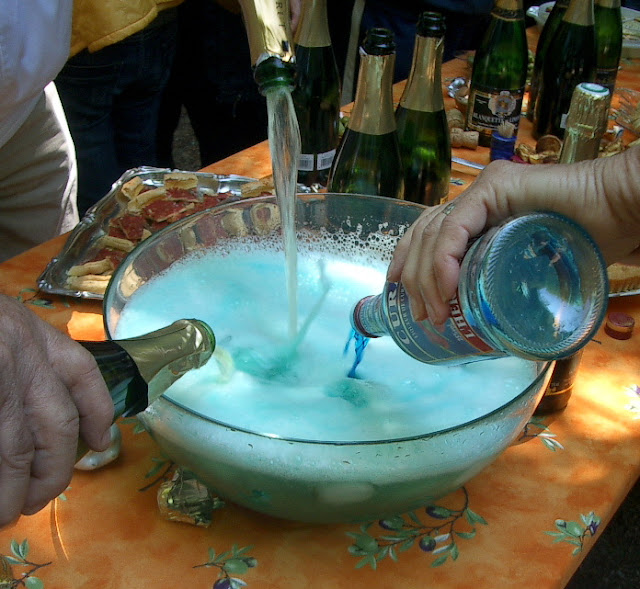 And as I said, a veritable feast – and here’s the desserts (with just a little of the blue punch left, not looking quite so appetising at this stage). And afterwards, out came the accordion, and a little singing and dancing in the afternoon. A good time was had by all!
I forgot to mention in my previous post that there was a fund raising event in the village last week – a repas down on the promenade at the edge of the river, to raise funds for the children of .

The entertainment started at about – local musicians playing popular music, the meal started quite late at about 8.30, and then the main entertainment of the evening was African drumming and dance. A very enthusiastic display that went on right up to 11. 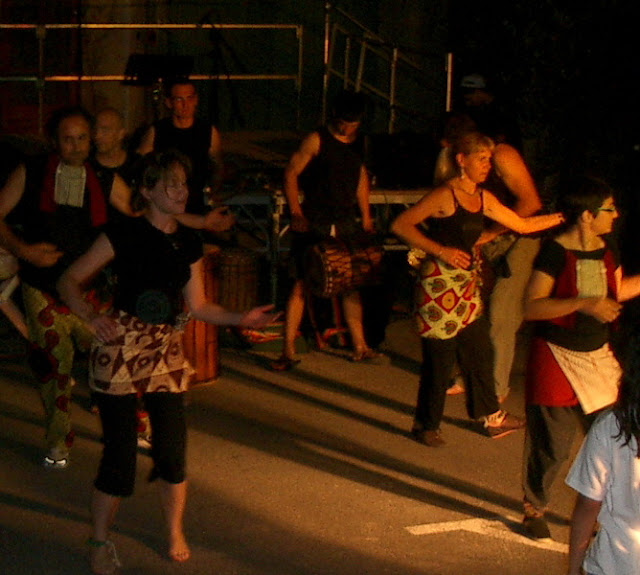