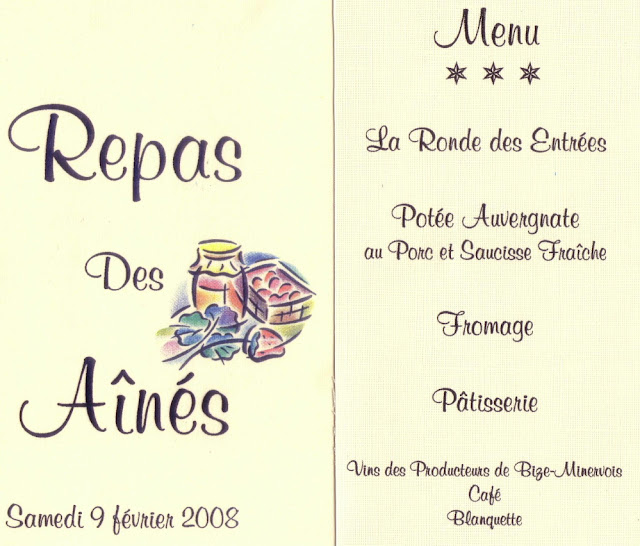 Every year the Maire of the village provides a free lunch and entertainment for the ‘older’ residents of the village – Repas des Aînés. And given that I’m a member of the Troisième âge group, I qualified! So myself, , Patrick and Sandra registered at the Town Hall, and turned up at the village hall promptly at on Saturday.

Well, I’ve said it before, and I’ll say it again – these people know how to have a good time and certainly like a good lunch.
On this occasion, the Maire had pulled out all the stops – a cake literally the size of a table – baked by the justifiably proud-looking village baker: 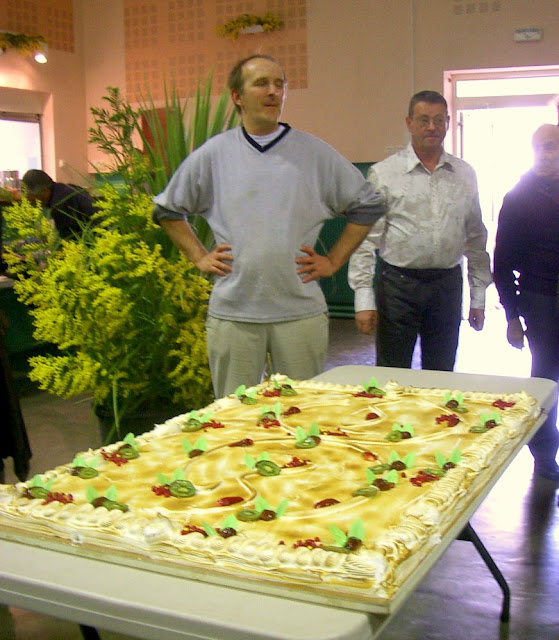 - followed by the usual 4 course meal, beginning with aperitifs, all the sorts of wine, and afterwards sparkling digestifs! But the highlight of the afternoon had to be the entertainment. I guess we knew were in for a show when the table down the front – consisting of 3 men and 4 women, all with full make-up and the longest false eyelashes! ate their dinner before everyone else.
It was a floor show to remember – the female performers were stunning, and the female impersonators looked pretty spectacular too. 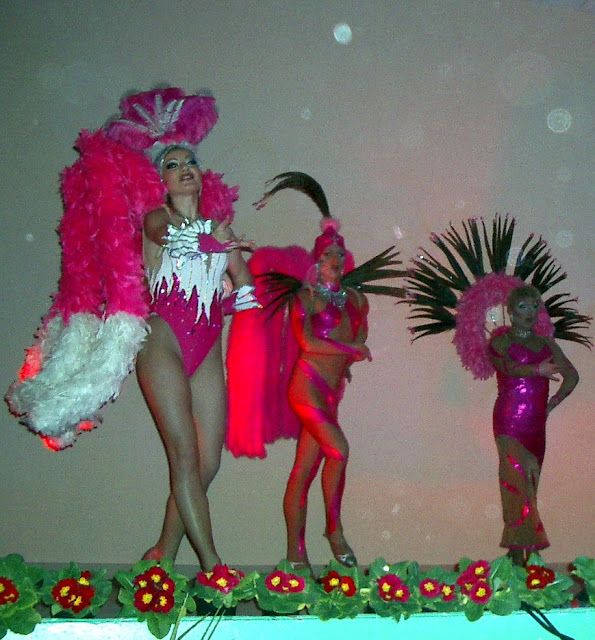 It was all a bit surreal – sitting in a small village hall in rural France, and watching a ‘spectacle’ performed to a very high standard – the likes of which someone said you could expect to see elsewhere and pay a lot of money for!

And didn’t the Can-Can get the crowd going …
And this one, with the females topless – I imagine had a few of the older hearts racing ….
The up-side of us sitting at the front table was a great view – the down-side (well for Patrick anyway!) was that he and another person at our table were dragged up on stage to take part in the entertainment! But he took it all in good humour and he did indeed amuse and entertain! I suspect he thoroughly enjoyed the experience – he certainly wore a big lipstick kiss on his cheek later!
Interestingly, it was this time last year when I was at my window at about in the afternoon, and noticed lots of people walking past with pot plants and branches of Mimosa. I figured I’d missed out on something happening down on the promenade and rushed out to investigate. But in fact it was all the villagers leaving the Maire’s luncheon! And this year it was me walking home with a flower pot and a large branch of mimosa (used to decorate the hall) – which is now cut up into smaller pieces and looking very nice in a vase in the kitchen.
And now onto yet another festival. Given that it’s winter here – although with the weather we’ve been having lately, you wouldn’t know it – the villages are having their annual festivals all over the place. Last weekend it was the Mimosa Festival in the in the . 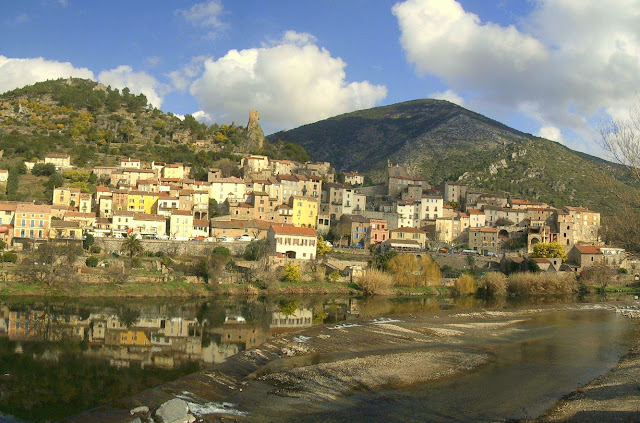 Mimosa (or wattle or acacia as it’s known in ) is abundant in the area and at the moment is in full flower and just stunning. Interestingly, I had thought that it was a different variety, native to this area. But in fact I’ve discovered that it is in fact an Australian native, which was introduced to southern in the 19th century by British botanists. 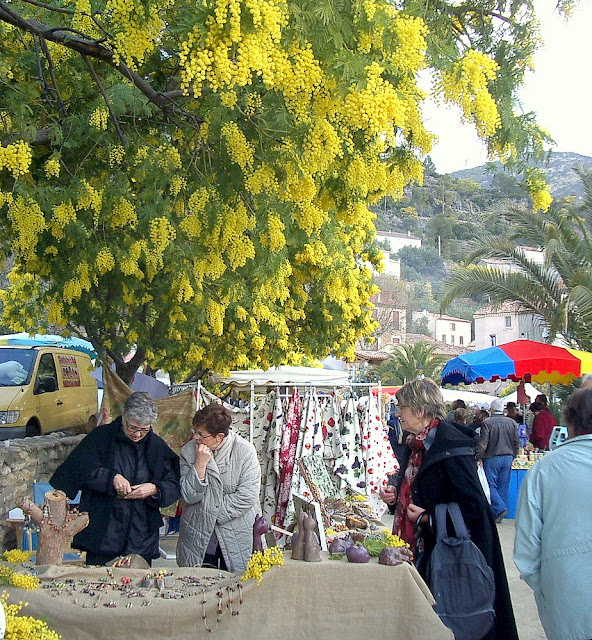 And how is this for a little bit of Oz in a small French village – plants for sale: a pot of purple Native Wisteria (hardenbergia) together with Acacia. Made me quite homesick – both of these plants can be found in the forests of the south-west of where I grew up ….. 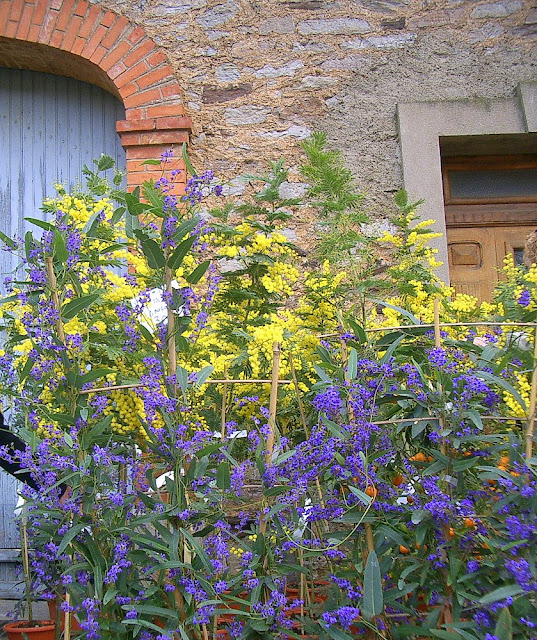