Nic and Duff arrived from Montpellier with the hire car full of kids and a lot of luggage! But all fitted comfortably in the big house and there was never a quiet moment. Which was good. Not only did we get out and about, but also managed to get an afternoon’s work done out in the barn.
Three flat-packs of bathroom cabinets – a good few hours, finished off with the help of a couple of cold beers.
All the floor tiles are down, and the kitchen installation is underway: 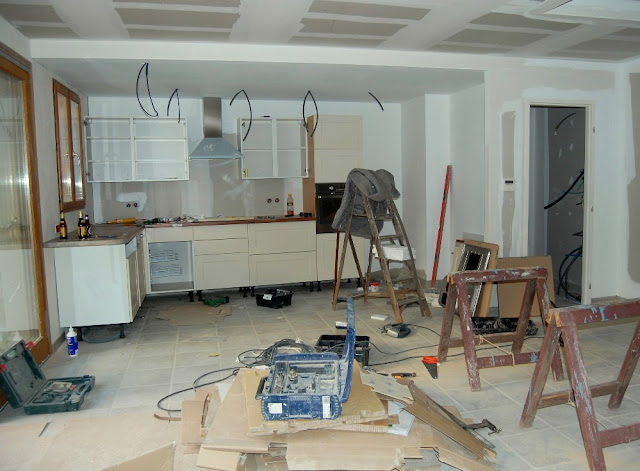 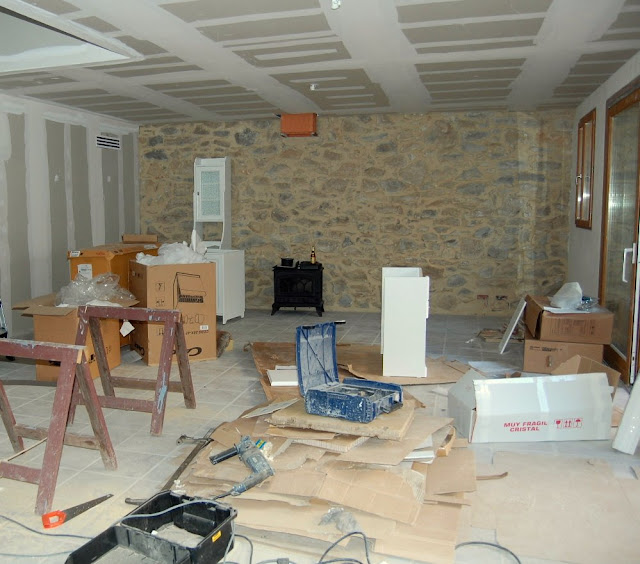 A day trip into Narbonne markets, a visit to Les Halles undercover food market, and then the obligatory coffee in the main square, with a backdrop of the beautiful Bishop’s Palace and Narbonne Cathedral. 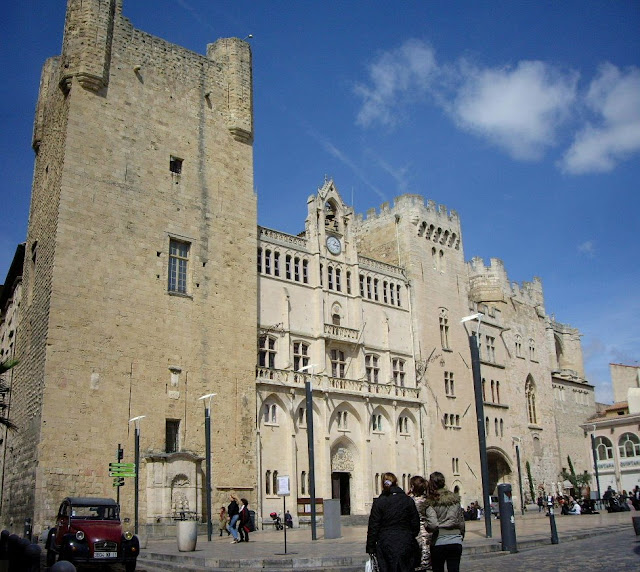 A day trip through to La Cite at Carcassonne. 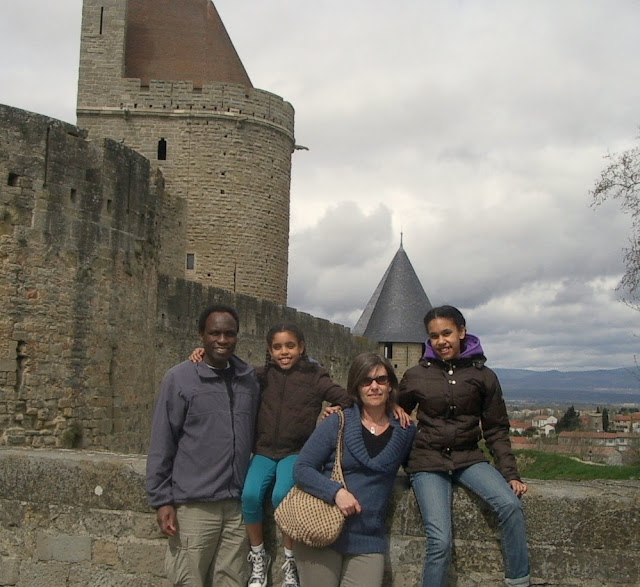 Sage and Indigo in the sweet shop at La Cite: 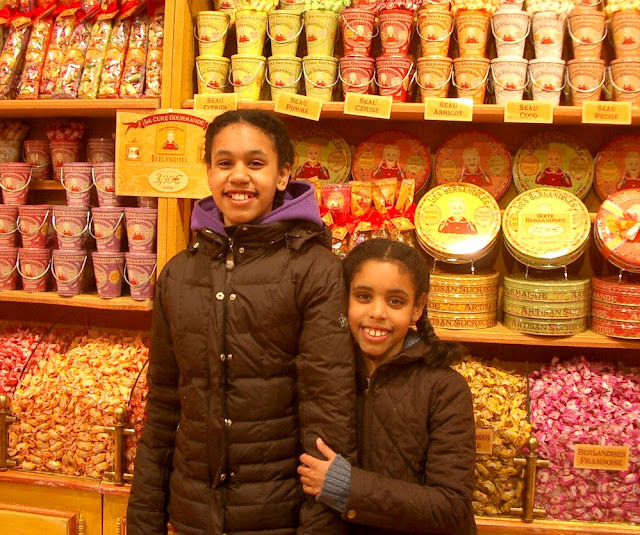 We also spent time in Bize itself, and went on Tuesday’s walk with the village group. It was an incredibly windy day – the Tramontane was blowing – this area’s equivalent of the Mistral that blows in Provence. But the views and the walk itself were as usually very nice – finished off with coffee and cake back where we left the cars.

After the walk, we stopped off at the source ….. a stream that literally runs out of the Pech – but only runs from October to June each year. The water is incredibly clear and runs a short distance before joining up to the River Cesse.
Clause and Ellyette were following right behind and pulled over to give us a bit of history of the place. There are caves a little further along, and despite getting directions from Claude, we failed to find them. Another time perhaps.
Ellyette disappeared into the undergrowth and emerged with a good handful of wild asparagus – eyes of an eagle. Claude said it was also a good place for wild cresson (watercress) but that it was well known and picked out at the moment.
But he was headed over to his cousin’s farm where there was plenty. And did we want some? Well yes, indeed we did. So Claude dropped over early evening with half a bucket full – enough for all of us for two meals. And it was delicious.
Nic and I headed out the next day for a gentle walk along the river and picked wild rocket – it grows everywhere here. 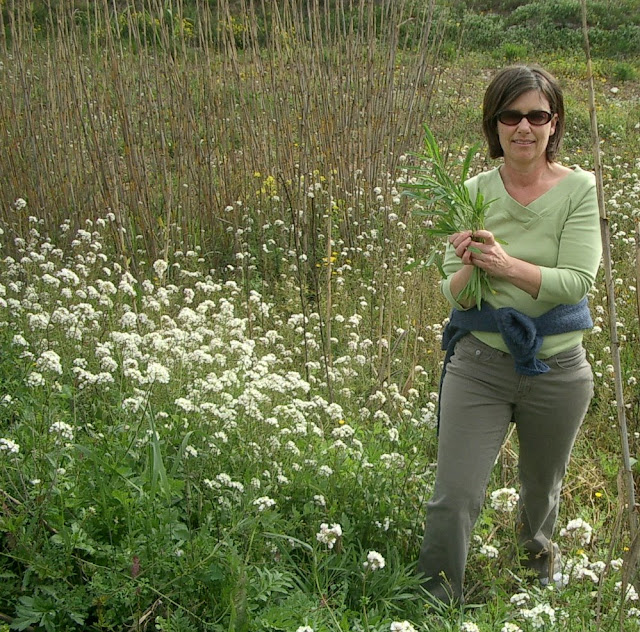 Some vignerons allow it to grow wild among the vines – apparently it’s beneficial in some way for the vines, though I'm not sure what. I must find out .... And it’s very pretty when there are masses of it and it’s in flower. It’s only the very young shoots that aren’t too bitter to eat.
The same day, Duff was feeling particularly energetic and did a walk up to the top of the Pech – and came back with a handful of wild asparagus! So dinner that night was salmon and a delicious green salad – the rocket, water cress and asparagus all picked that day from around the village – and it really did taste wonderful. 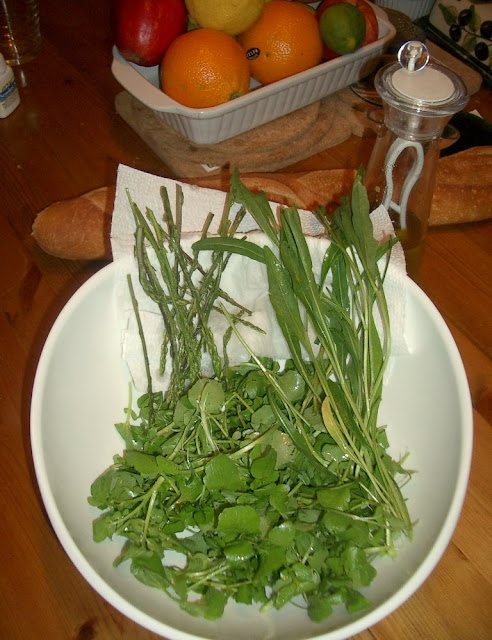 We also had a day trip through to the village of Marseillan which is a beautiful spot on the edge of the Etang de Thau.
On a previous trip Nic and Duff did, they met Jean-Luis, a wine maker. And they have kept in touch and become friends, and caught up with on each visit. He and his wife Danielle are delightful people and we’ve been invited to meals at their house on several occasions. Jean-Luis took us for a trip to the outskirts of the village to see his vines and the site of their proposed new house, cellars and tasting rooms.
The vines are just starting to shoot - 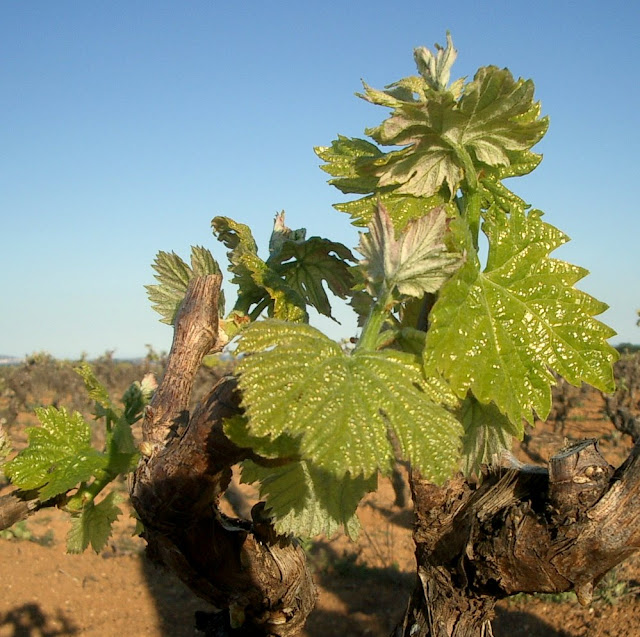 And there are some parts of the vineyards have a beautiful view out over the Thau basin towards the town of Sete. 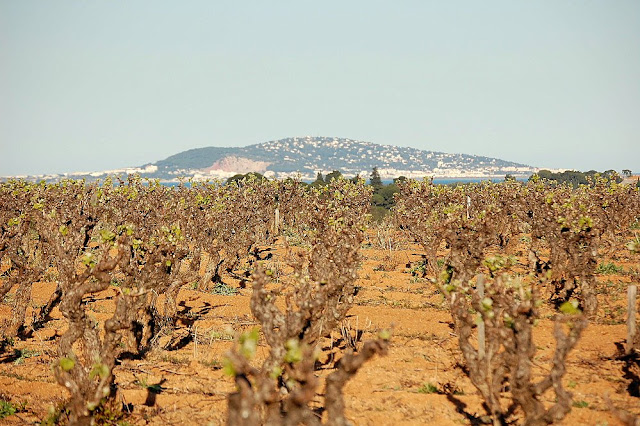 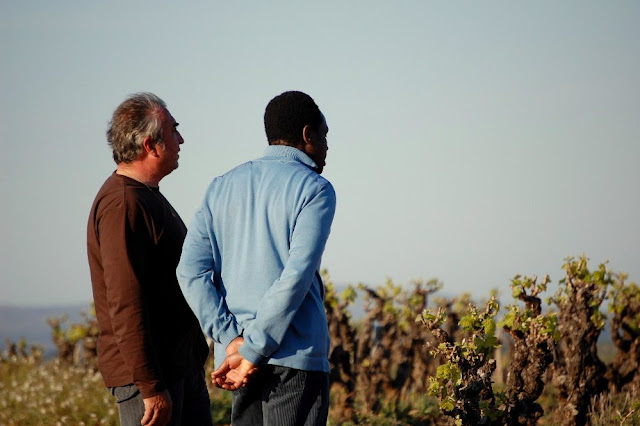 We had an interesting trip back to Marseillan – in a white van! We had problems with the hire car, but fortunately Jean-Luis’ future son-in-law lives nearby and managed to arrange for a mechanic to come out after hours.
But in the meantime, we all piled into the white van. Nic and I sat up the front with Jean-Luis -the others sat in the back, pitch black / no windows. Fortunately not too far! 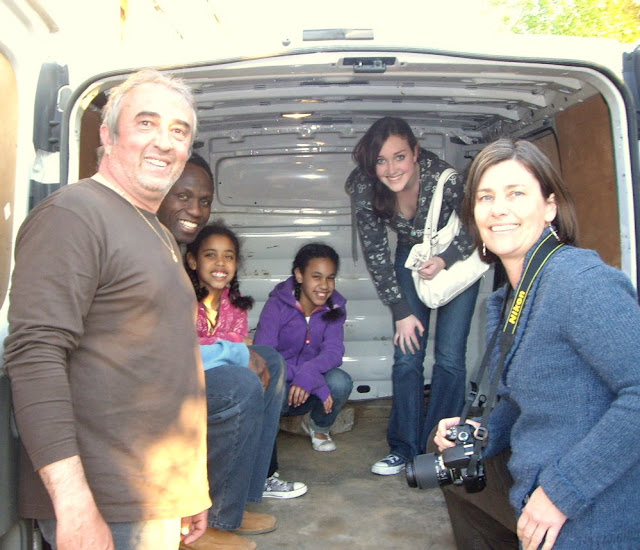 A delicious meal in the evening. A local dish of Sete - Bourride Sètoise (Provence Fish Soup With Aïoli) - cooked with large pieces of monkfish (lotte) poached in a broth with finely cubed vegetables. Definitely one I'll have a crack at soon.
at April 14, 2008