A Week in Provence

And so at the end of a week in Bize, we packed up the two cars and headed over to the little , a few kilometres south of where they’d booked a lovely little villa with a pool. The weather didn’t get warm enough for swimming, and the pool water was pretty cold anyway.

The reason this area was chosen because Morgan [my oldest niece] had a one week camp at the nearby (The International Bilingual School of Provence) as she will be coming to to start full time there later in the year. So this was a spring camp to get a feel for the place.
It’s a lovely school, located out in the fields on the outskirts of Aix, with a truly international group of students.
And Sage, the middle daughter, attended in the mornings and did maths and French. In the afternoons the Sage and Indigo, the youngest, attended a week of tennis lessons – so this week was for the kids. 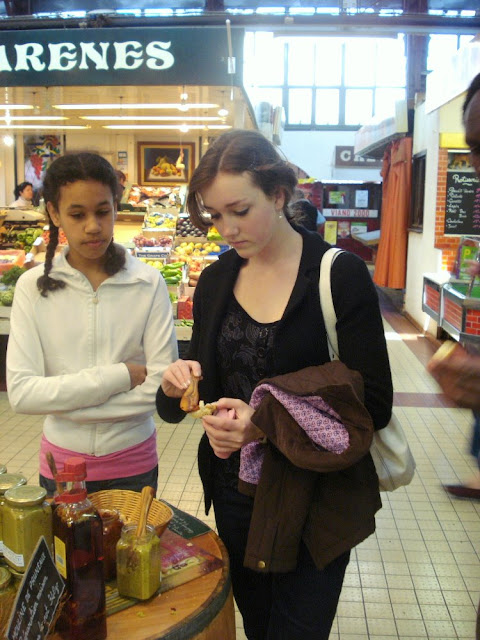 Sage and Morgan - sampling tapenade......
Between picking up and dropping off duties, we did manage to get out and about on short trips – a sightseeing trip to the lovely which is close to the Aqueduct de Roquefavour – the biggest of its sort in the world. The Canal de Marseille passes over it. It’s pretty amazing standing below and looking upwards – it’s enormous. 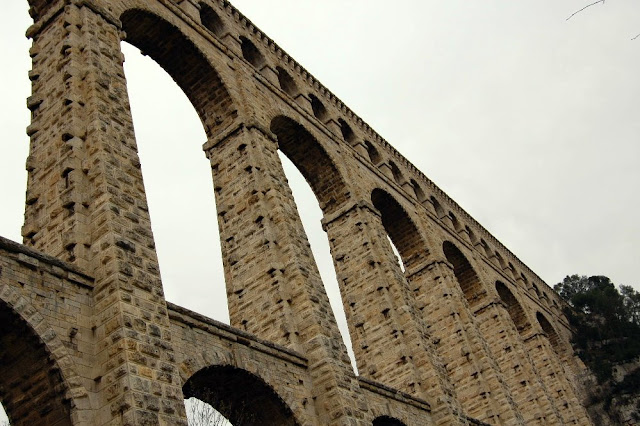 And of course we had a few wanders around beautiful Aix. 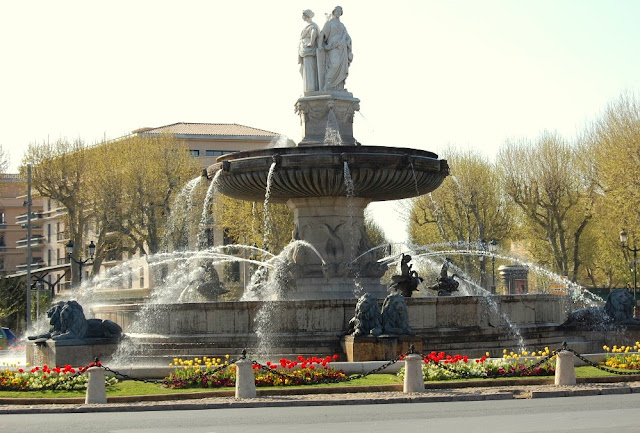 On the first evening, Indigo and Sage had a go on the trampoline bungee thing just off the main square – they certainly had fun. 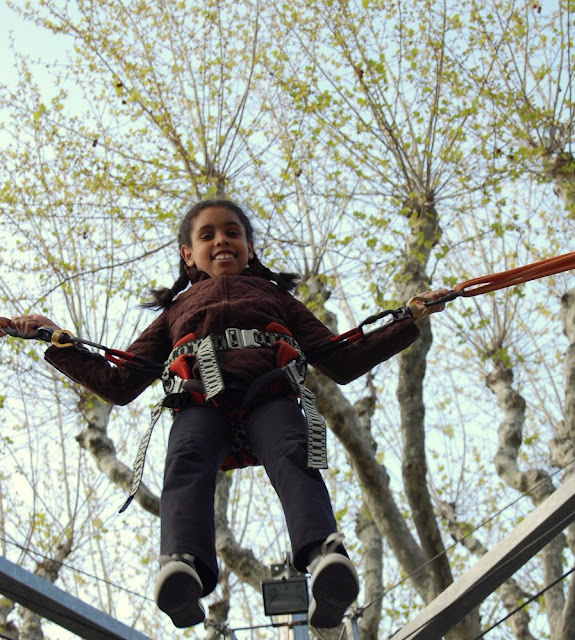 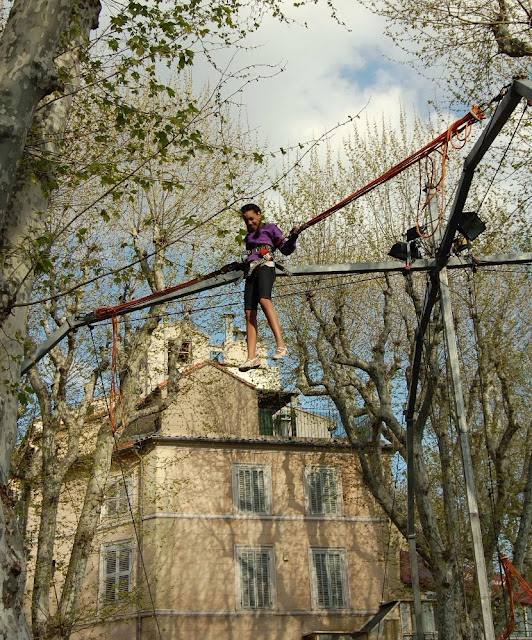 On the Saturday we headed down to Marseille for lunch and a bit of sightseeing. What a huge city – we only had a bit of a wander in the old port area, but managed a fair bit of unplanned driving in a very busy ‘down town’ area.
Lunch was at a recommended restaurant in an out-of-the-way part of the old port area – the Pizzeria Jeannot. Worth the effort in finding the place – the kids had pizza – the best they said. I had what I think is probably the second best piece of steak I’ve ever had (cooked over wood).
And the round bit in the photo is a bit of a treat – I had to get Sage to help me with the French/English translation on the menu. ‘Soft bone’ she said. Bone marrow. Yikes – I didn’t eat it, but Duff gave it a go. 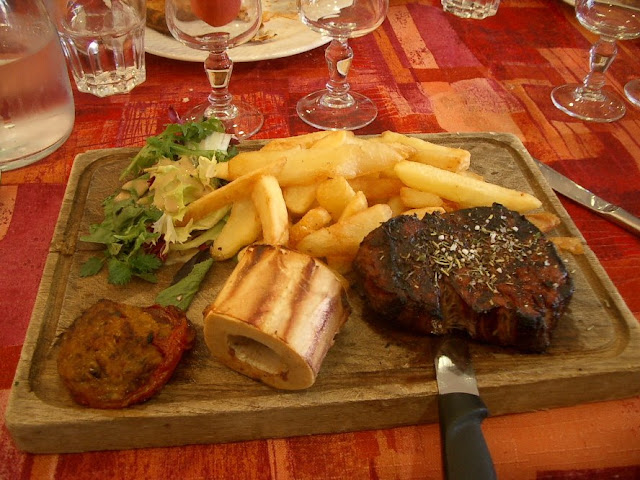 Nic had what she reckons is the best deep fried baby squid (and given that our dad was a fisherman – we’ve certainly eaten some squid in our time ….) and Duff had some pretty amazing pieces of bbq lamb. So a successful lunch indeed. 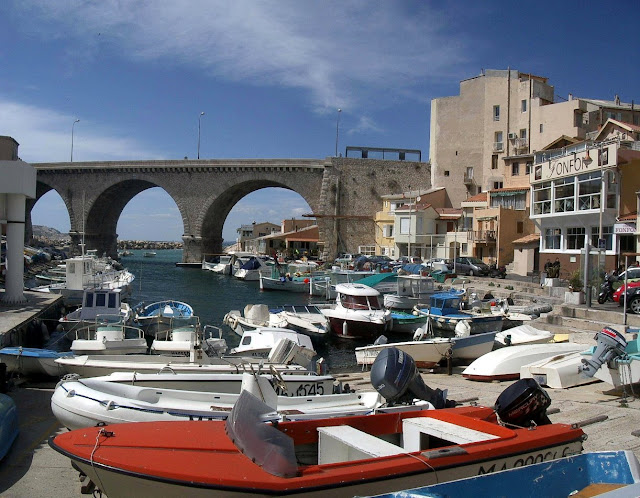 And then up the hill to visit the famous basilica, Notre-Dame de la Garde, which has 360 degree views of Marseille. We were nearly blown away up there – the wind had been blowing fiercely all day and it was really felt that high up. 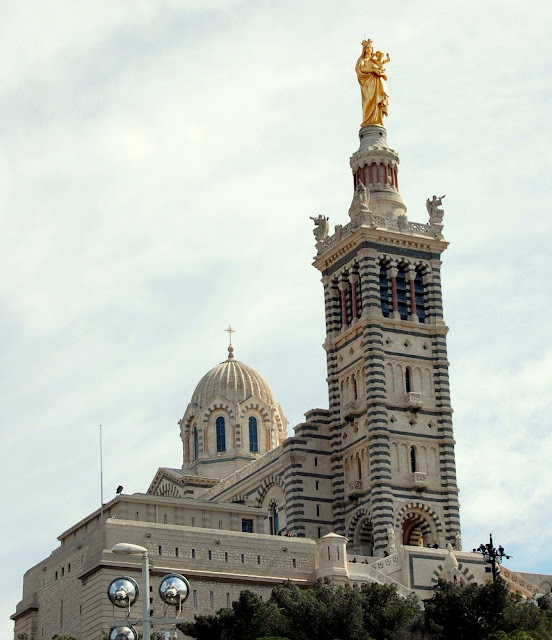 Our last day – Sunday – we headed east to take a look at Mount Sainte-Victoire – the mountain that is depicted in many of Paul Cezanne’s paintings – he lived nearby in Aix. 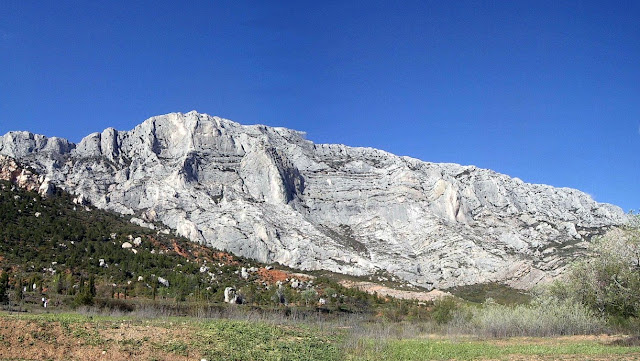 All the kids are into their dance lessons in – they love it. At the drop of the hat, they’re happy to do a show!
This one is Indigo – who did a bit of Highland Dancing – and did a great job with the music that was at hand!

And Sage has done a bit of ‘dance improvisation’ – and here, ironically, is using the music from Bananas in Pyjamas (an Australian kids’ TV show/book series).


Even though the kids have all lived in at some stage, their accents now are totally Canadian. Sage was trying to speak with an Australian accent – but I think she’s been watching too many British movies!

And so on Monday, a trip down to in the two cars – Nic and the kids back to . And then I was to drop Duff at the Aix en new TGV rail station. But my GPS software is a now rather out of date I guess, and I couldn’t seem to find it. So needless to say, we ended up in the backstreets of outer Marseille suburbs, asking directions.
And then I had to head home, via Montpellier Ikea for a few bits and pieces. But I missed a motorway turn, and ended up back at before I could right things, and then there was a roadblock and once again I ended up in the back of beyond. So a fairly hectic start to my return trip!
Lovely break, fabulous catching up with the family – but very reassuring to feel good about coming ‘home’. So perhaps I will be here for some time…….
at April 15, 2008

Looks like you guys had a great time! A big hi to Nic for me next time you speak.
Mums in Peru at the moment and my best friend is in New York so i feel very envious hearing everyones travel stories.