I decided to give myself an early Christmas present a few weeks ago …. a week-long course in Montpellier of intensive French classes. I’m not sure it was much of a ‘present’ – it was fairly hard going, but I chose to do two afternoons of a cooking class at a local restaurant as an optional extra.

What can I say – it was intensive, but fortunately classes were held only in the mornings, with the afternoons free – to recuperate! And Montpellier is a fairly special city to do it in. I have to say it’s my favourite city in France, though I haven’t visited many.

It’s obviously the favourite city of many others too – it’s the fastest growing city in France and the one that most French people (according to a recently published survey) say they would like to move to. 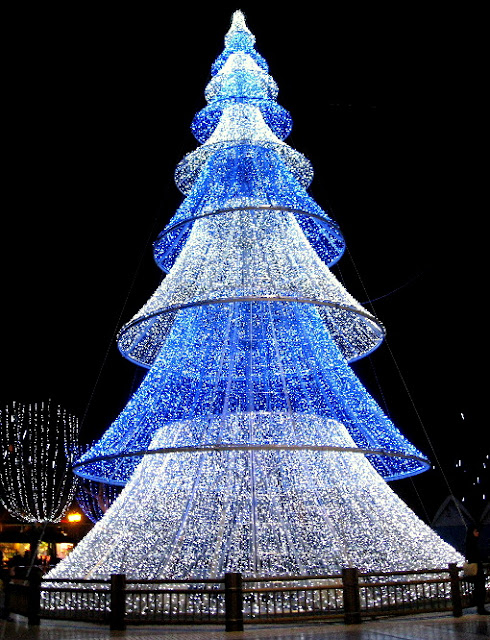 Christmas tree in the Place de la Comedie, Montpellier
A side street off the beautiful Rue de l'ancien Courrier, Montpellier 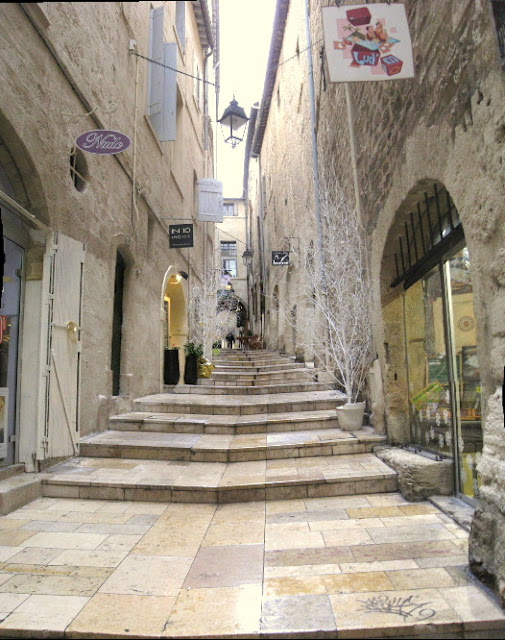 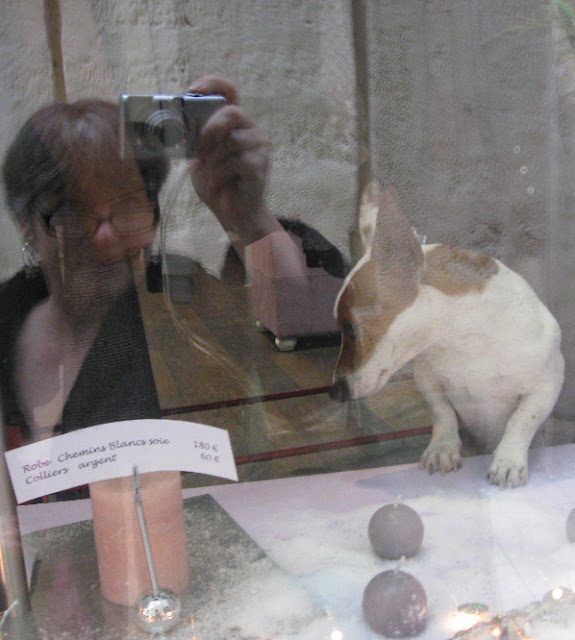 Dog inside a jewellry store

It really did feel like being back at school again – most of the students were in their early twenties, and from many different countries (Saudi Arabia, Brazil, South Africa, Australia, Japan – and these are just the very few people I met).

However, there were a couple of people in my class of 5 who were closer to my age, which was very reassuring. 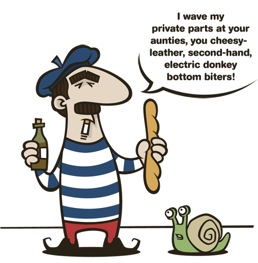 I'd like to think I'm now beyond making dreadful blunders, but I think not.

But I have to say, the highlight of the exercise was the cooking class at Msr Lyachi’s restaurant - Le Jardin des Pâtes. 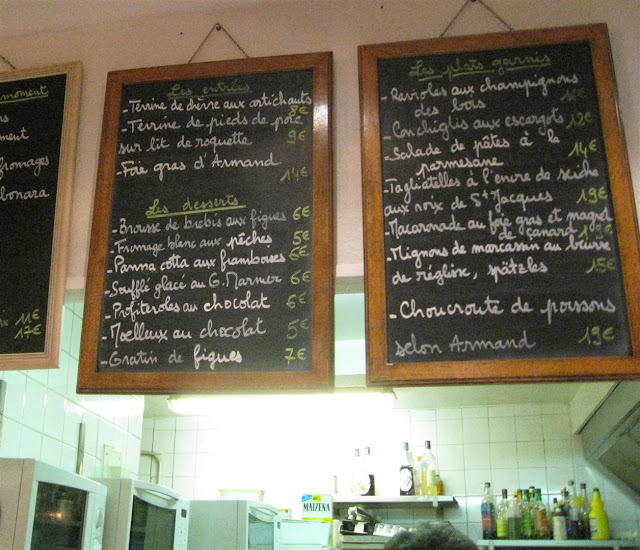 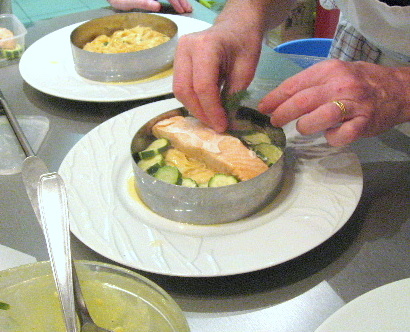 Msr Lyachi and me (looking a little apprehensive) -
peering over our respective specs .... 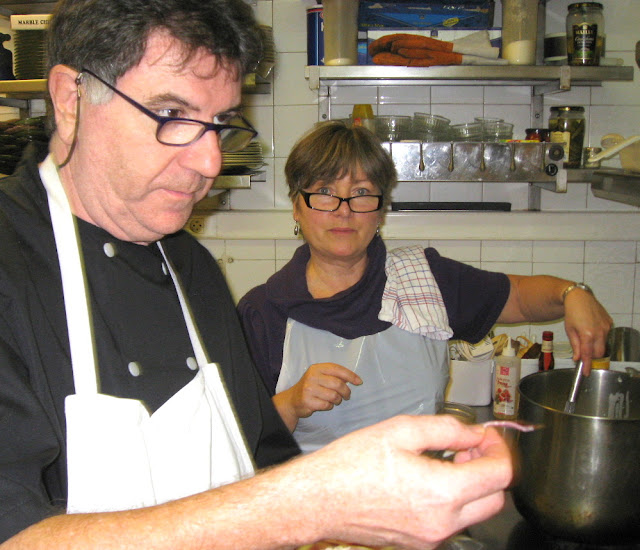 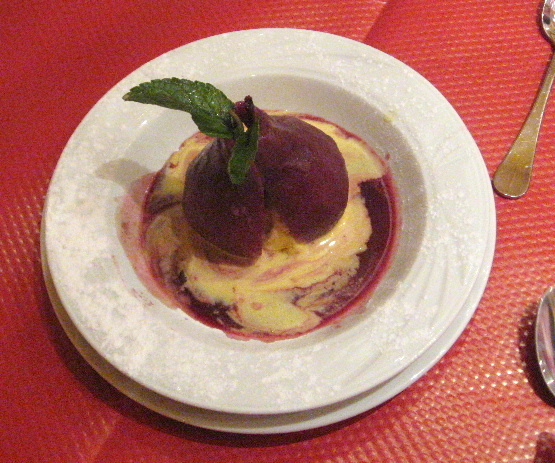 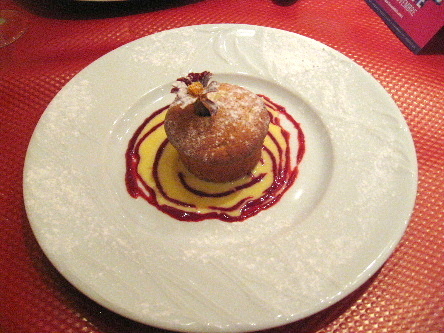 So, while I’m not sure whether there’s much improvement in my French, my one week away in Montpellier has given me the impetus to continuing learning the language and to keep experimenting with new ideas in the kitchen. Let’s see how it all pans out!

And back here in Bize, the weather has finally turned. After months of unseasonal balmy weather, we’re in the middle of a cold snap, with a few flurries of snow today, and the outlook is more of the same.

There’s not been enough snow to stay on the ground, but certainly the temperature is way down there! So today’s activities have been somewhat centred around the fire.

Recently though, there has been a bit of activity at Nic’s – painting.

Indigo is very industrious and loves helping and so she joined in with much enthusiasm. Not only does she like to get stuck in with the painting side of things, she’s always enjoyed cooking. So she whipped up a batch of biscuits and brought them upstairs to share with us before getting well and truly dressed for the occasion, and mucking in ……. and I have to say she did a good job on the end of the roller. 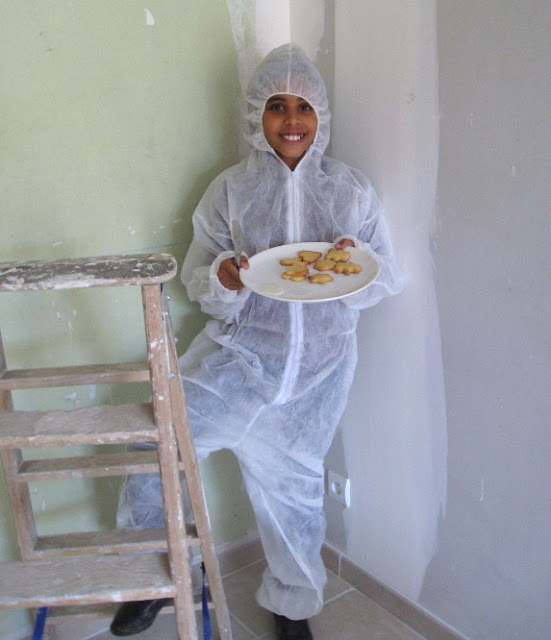 And surprisingly, for a kid of her age, she didn’t get sick of it after 5 minutes. She was up for the same on day two! 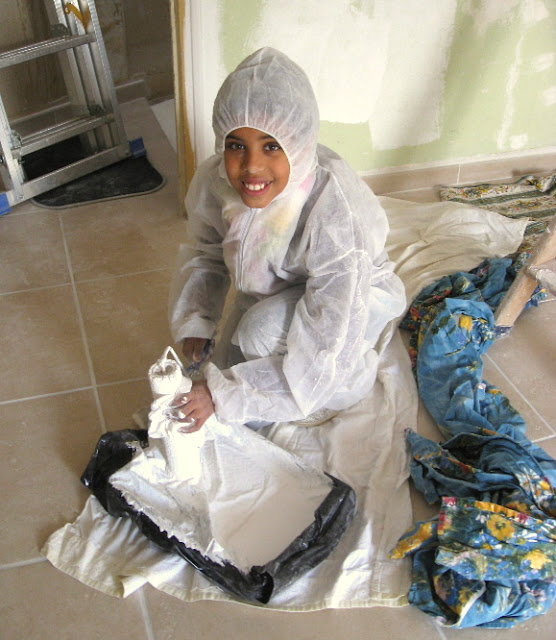