I’ve been remiss of late when it comes to posting here. My excuse is that I’ve been sick for a couple of months (hardly bedridden, but poorly) and while I hardly came close to losing the will to live (!), I certainly lost enthusiasm for most things, including writing up the blog. But I’m pretty well ok again now and nearly back into the swing of things.

In fact, I’ve commenced a new project in the garden. “Biting off more than you can chew” comes to mind.

The old stone walls in the courtyard are in bad shape, and obviously have been for years as there’s been quite a bit of cement render applied over time. Right over the stones themselves, not just in the joints.  And some other parts of the wall have been crumbling for a long time. I’ve been dreading parts of the wall giving way and me finding a giant pile of stones in the courtyard.

And since the big renovation, large parts of the wall are now exposed to the weather, whereas before they were under cover of the old barn, and therefore dry and protected. So, they’re continuing to deteriorate, and also the cement render is an eyesore. And having seen many beautifully re-pointed stone walls in this village – indeed in the whole region – I figured I could improve things here too.

So, in consultation with friends Bonnie and Terry who are in the middle of their own cave (basement) renovation, and who have just finished pointing a few interior walls, I’ve decided to give it a go. And give it a go myself, I must. Someone told me the other day that to get it professionally done costs in the region of €40 per square metre. So that’s definitely not an option.

Anyway, over the last week, I’d made a start chipping off the cement and digging out the old mortar using hand tools - slow and laborious and hard on the hands. And then Terry and Bonnie offered me a loan of their compressor which they’re not using at the moment. So that turned up today – what a difference that makes. Almost a pleasure to work with!

And Nic has been helping me these last couple of days – however, it’s so hot here at the moment, that we can only do an hour or so in the morning. And then it gets too hot and the sun has also moved and shining on the wall.

So this is certainly going to be a long term project. I figured maybe a year. There’s upstairs at both ends of the verandah, and down at ground level, the height of the wall on both sides of the courtyard is about 4 or 5 metres. So there will be need to be scaffolding eventually.

But having mixed up a batch of mortar and done a bit of the wall last week, to see how the finished product will look, I have to say it’s a huge improvement! But I’m not going to post ‘after’ pictures just yet – I’ll wait until a bigger section of the wall is complete.

I’m using lime mortar, the type that was originally used for these walls – a whole new learning process for me. I’m not sure how skilful I’ll be when this is all over, but so far (early days!) it’s been quite rewarding, even if the results are more than a little rough.


Before and during photos: 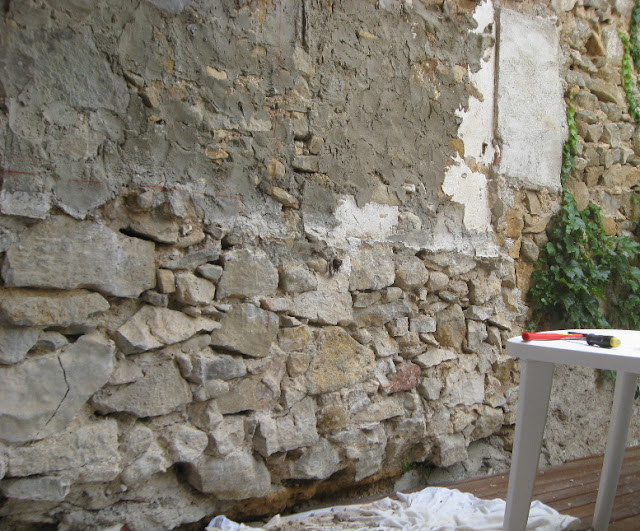 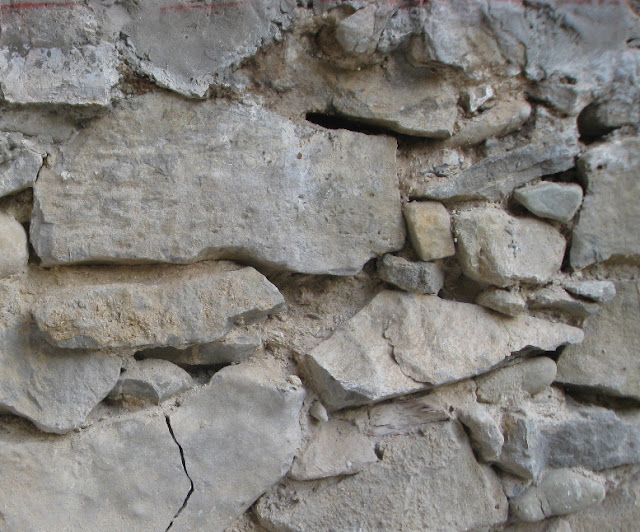 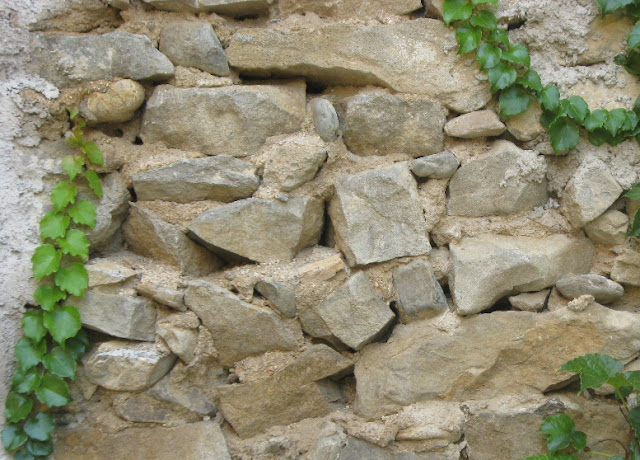 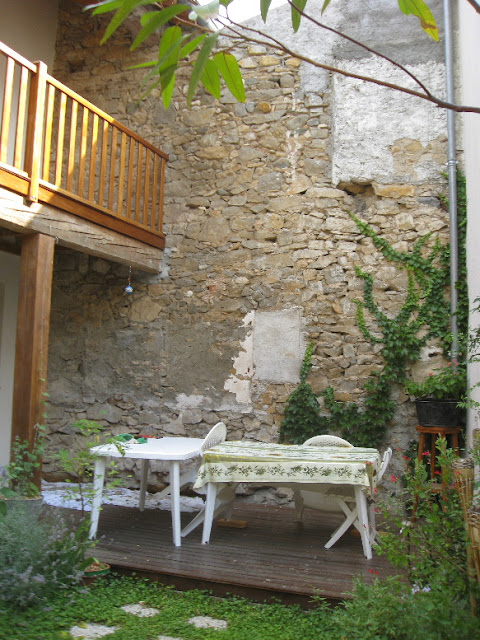 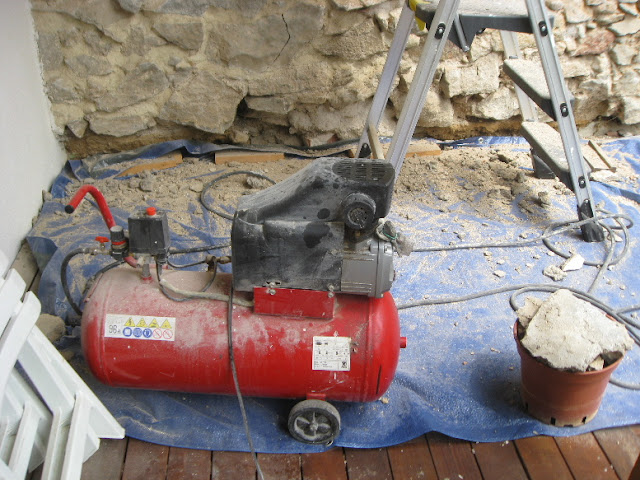