My courtyard garden continues to give me great pleasure – a little oasis of green on these hot summer days. The fish pond is going great guns – albeit a little green again, but hopefully will strike the right biological balance again soon and clear itself.

Now, because it’s been so hot recently, I’ve been sleeping with the doors upstairs wide open. Until a noise kept me awake and I’ve had to stop that. It sounded like it was directly outside the door and I wasn’t sure what sort of animal it was – I figured it was one of the geckos that live in the garden. I didn’t know they made a noise, but Google said some of them do! And it was an odd noise.

But as it turned out, it wasn’t a gecko. It was a little frog with a very big voice who’s taken up residence in the pond. I couldn’t think how he’d got there – the tadpoles the kids put in a couple of years ago didn’t make it. And the two little frogs they put in last year immediately disappeared, never to be seen again (or so I thought). But this little guy is a bigger version of one of last year’s frogs, so I’m guessing he’s been hibernating and has resurfaced. In fine voice, I must say – day and night! 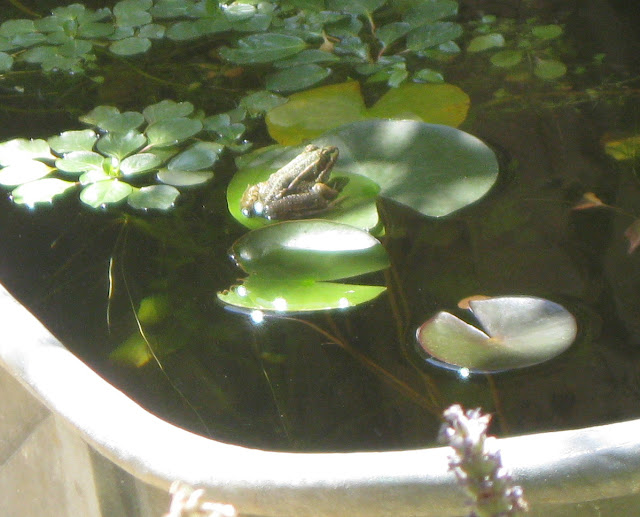 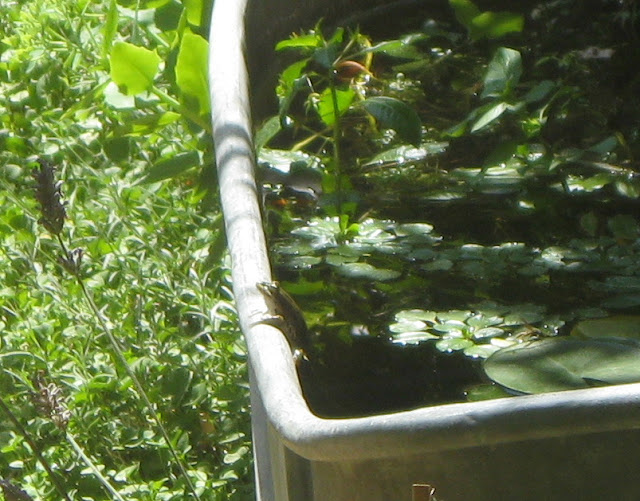 And today ….. another unexpected visitor – the feathered variety. Although I’m not sure this one has taken up residence – a temporary resident, I suspect.

He crashed into my glass doors this morning, and made his way – a little dazed – to the edge of the fish pond.

I grabbed my camera and got him having an undignified dip in the pond, while trying to have a drink.


Anyway, as I type, he’s still here, and has made himself at home. I’ve identified (Googled) him as a Lutino Lovebird (!) so it seems he’s not a European bird, and I’m assuming he’s escaped from someone’s cage.

He apears to be quite young, and not overly afraid, though I can’t get to more than within a metre of him, or he flies away. Though he never goes too far – he knows when he’s onto a good thing. He’s hardly stopped eating, so perhaps he’s been out of the cage for a while and is a little hungry. When he’s not eating, he dozes off.

Anyway, I’m not sure what to do with him. He’d be great to stay in my yard, but I absolutely hate birds kept in cages and wouldn’t really want to keep him under those circumstances. But if he flies away – which I think he inevitably will – I don’t suppose his chances in the wild are very good. So a bit of a dilemma at the moment…….

And here he is, cute as a button, having a little snooze on my bird sculpture  ..... 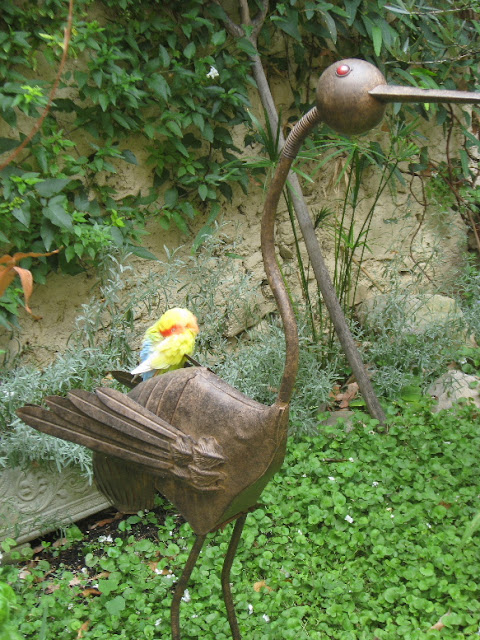 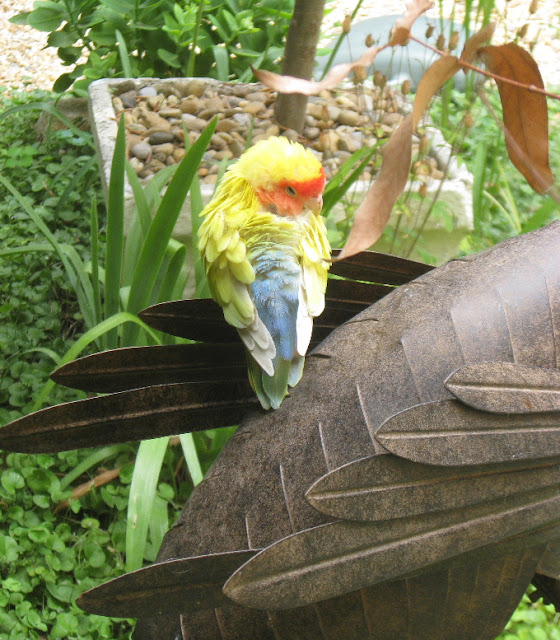 The lovebird video is soooo cute! Many years ago I bred lovebirds...only twice did they lay and hatch their eggs. When I left California to come to my home state I had to give my birds away...Sad but it was a "must do".
I have visited Paris twice...It is one city of all the cities I have been to that I felt right at home. Loved the sights, the people, the food,...love everything about it.

what cute new backyard friends! You might want to list an ad on Craigslist (or the like for your area) in case he is someone's pet. I could see a child easily opening the cage to play and letting the bird escape by mistake.