A walk along the Canal du Midi

While we’ve been having some gorgeous mild and sunny weather recently, Tuesday’s walk along the Canal du Midi between Paraza and Ventenac was a return to blustery winter. Chilly, but a really lovely walk – a group of about 35 brave souls. 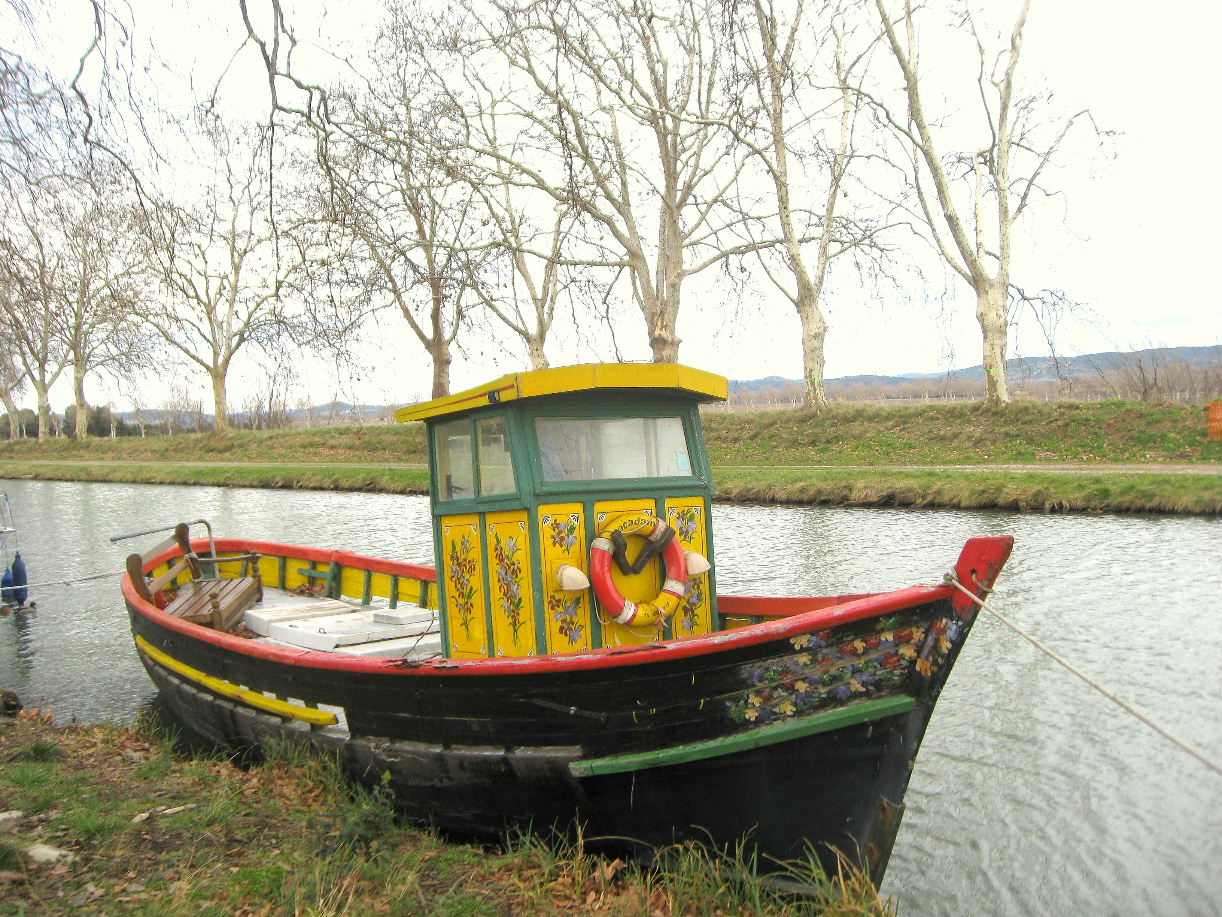 Jean-Pierre, who lives in Ventenac, gave us a bit of history about this bridge – 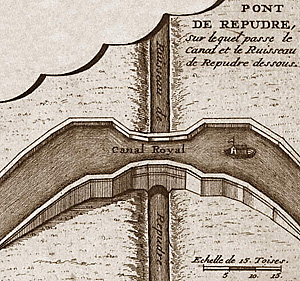 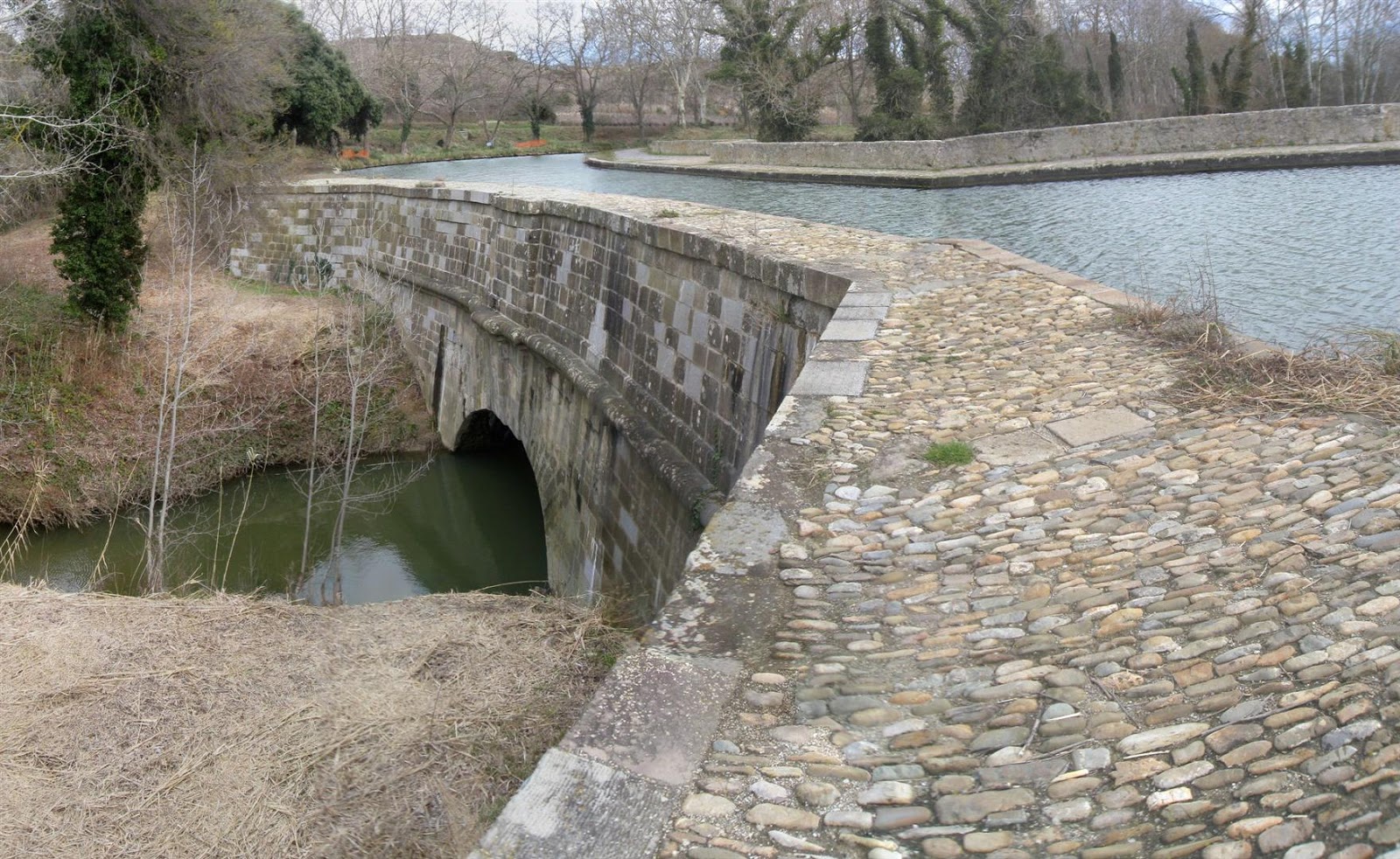 – the first aqueduct to be built in France (completed in 1676) and the oldest structure of its kind in the world. It is one of three original aqueducts created by Pierre-Paul Riquet during the building of the canal from 1667 to 1681.

Paul Riquet is the engineer and canal-builder responsible for the construction of the Canal du Midi – nearby Beziers’ favourite son where there are statues and many streets etc named after him in both Beziers and the region.

A nice surprise was to come across two well-known residents of the Canal at Ventenac - Australian black swans! They’re obviously very well looked after here and so have no need to venture far. This was a nice little ‘touch of home’ as they’re both the state and bird emblem of Western Australia. 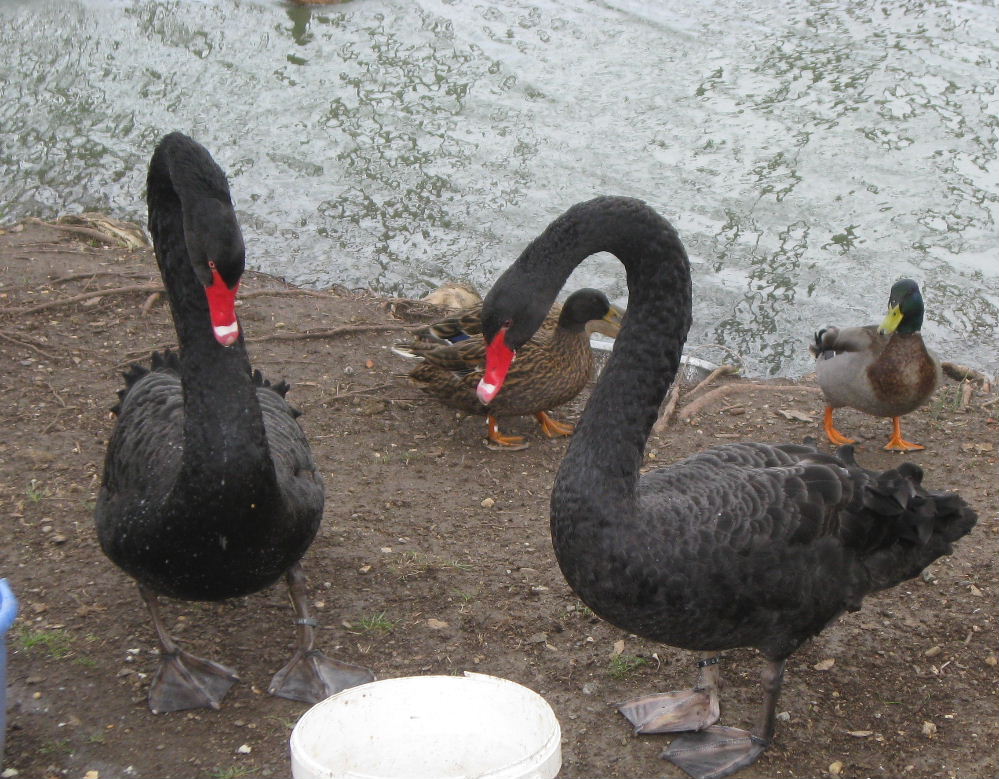 At the moment, there’s a catastrophe in the making along the Canal – a disease of the famous plane trees that line the edges. A large number of them are suffering from a highly contagious disease by the awful name of canker stain disease.

The disease is always fatal so many of the trees are marked with a ring of bright green paint, earmarked for destruction. It’s so contagious that they are being burned where they are felled. Apparently no decision has yet been made as to what to replace them with.

There’s a strain of resistant plane trees being developed and a suggestion that the replanting will be with a mixture of different varieties to lessen the likelihood of another whole species being affected by a virus. 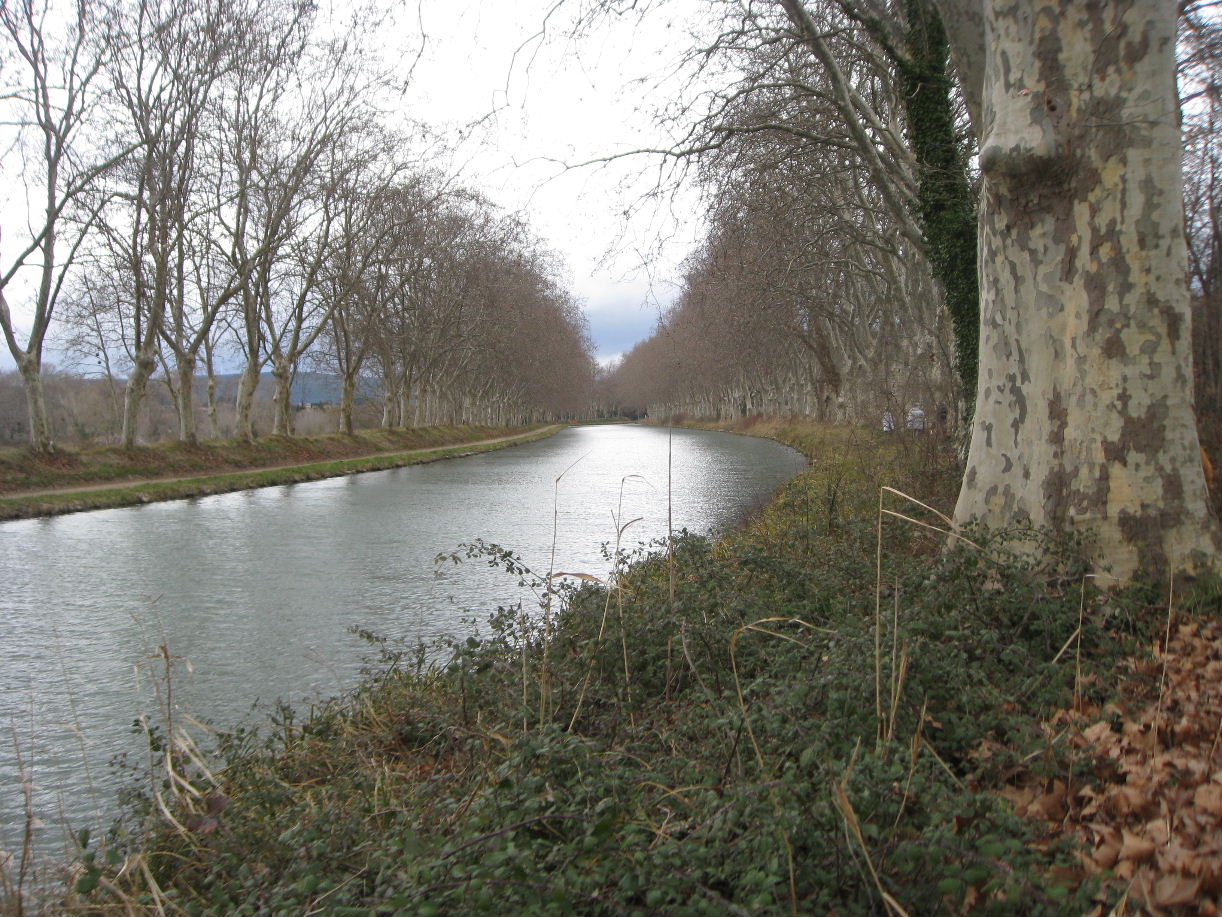 Last weekend was the Aligot evening, held every year by the village of Agel. I did write about it a few years ago – I didn’t go last year but decided to this time. Because it’s proved so popular, the venue has been moved to the very large hall in the nearby village of La Caunette. And there were hundreds there.

Nice to see that the same man is doing the aligot – just this time using a much bigger pot! I caught up with him outside, stirring the mix ….


and then shortly afterwards when he (and several others to help him lift it) came inside, doing the ‘stretching’ with the paddles in front of a very appreciative audience.

The starter and main are duck-based. The starter was green salad and portions of shredded duck. Or minced duck I should say. It's all the meat that's torn off the carcasses. And then the main pieces of confit served with the aligot.

Delicious, but a little goes a very long way..... 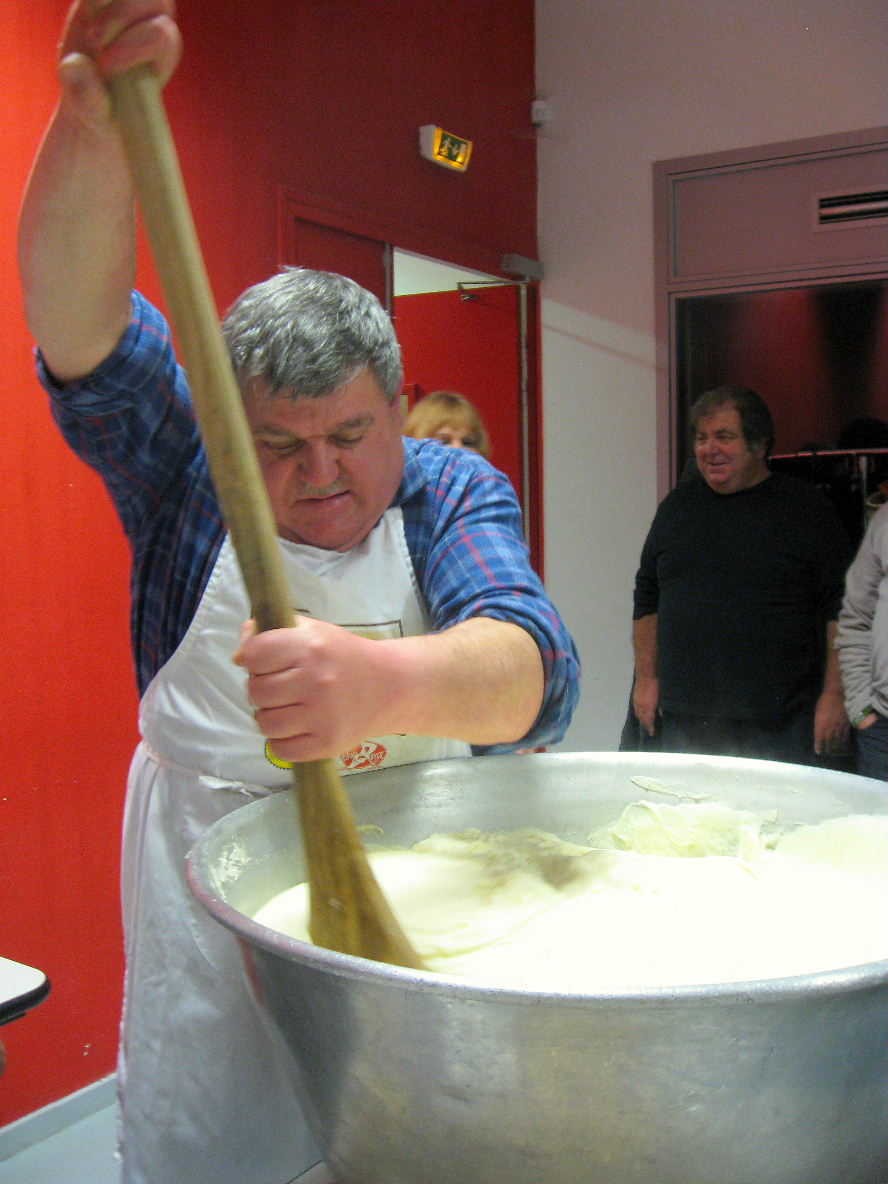 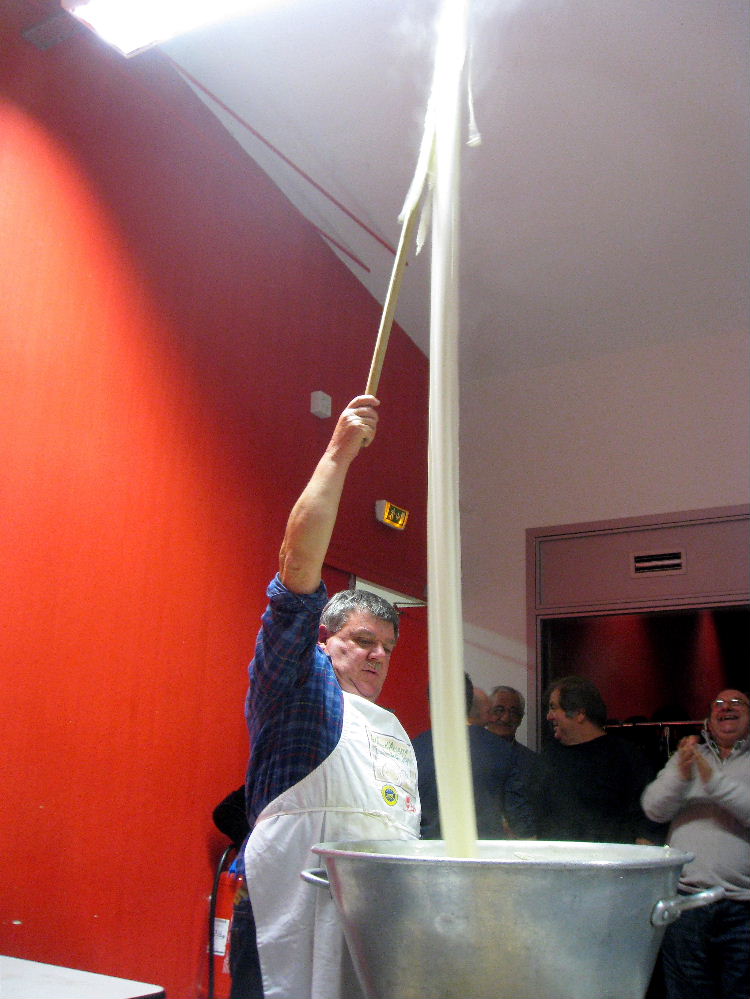