A weekend over the border 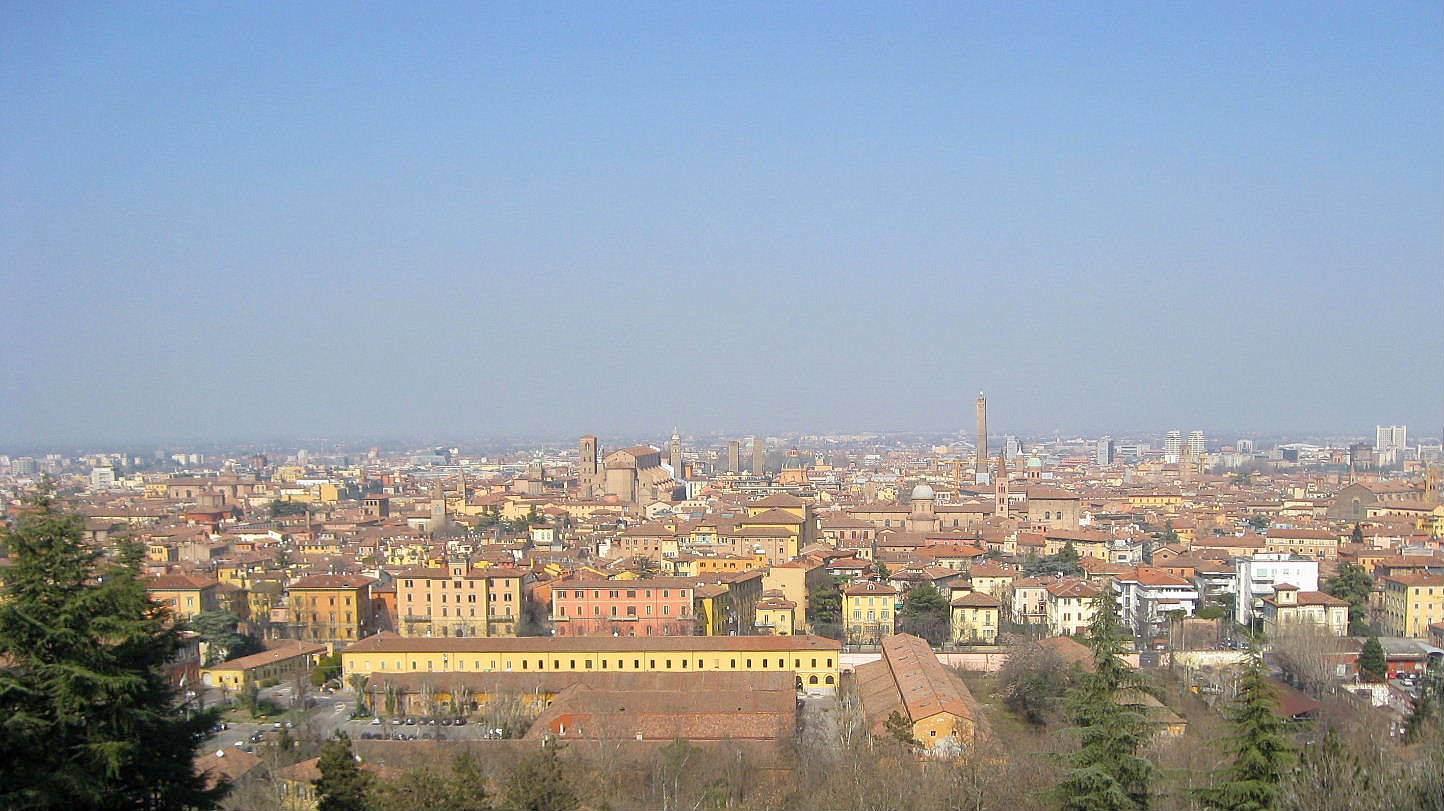 When I was in Scotland in December, I stayed with friends Issy and George for a couple of days. Now, Issy had a long-planned ‘big birthday’ celebration planned for late February – in Bologna, Italy.

Good ol’ Ryanair – direct flights from Edinburgh and as I discovered, also cheap flights from Girona in Spain. A group of friends had been invited and it all had the makings for a beaut weekend away.

Had I driven, it would have meant at least a 9 hour drive on my own, over the Alps in winter (!) and arriving exhausted. The much better alternative was to drive south for two hours to Girona, leave the car at the airport and fly direct to Bologna. And that’s what I did.

However, the birthday celebrations changed somewhat a couple of months before the event, although the invitees were only informed of the change of plans fairly close to the date.

It became a marriage celebration! George and Issy decided to get married the day before flying out to Girona. 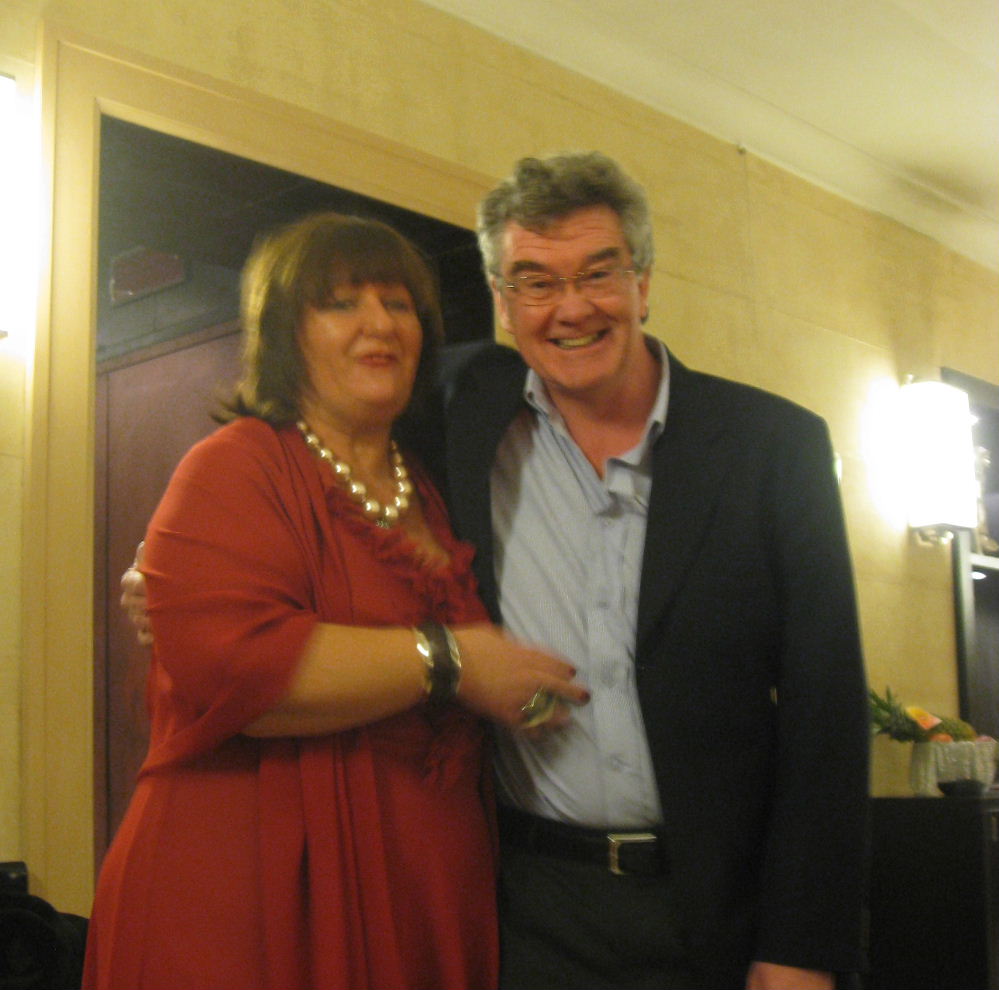 It was to be a little secret and a huge surprise for the group when everyone arrived in Bologna .... but somehow (someone?) let the cat out of the bag! So we had something even more exciting to look forward to - and it was a fabulous weekend with a great bunch of people.

Some people I already knew (Austen and Fiona – great to catch up again), and I met some other friends and family. We were a group of just 14, just a good number for the wedding feast at an amazing restaurant in downtown Bologna - the Trattoria Battibecco. 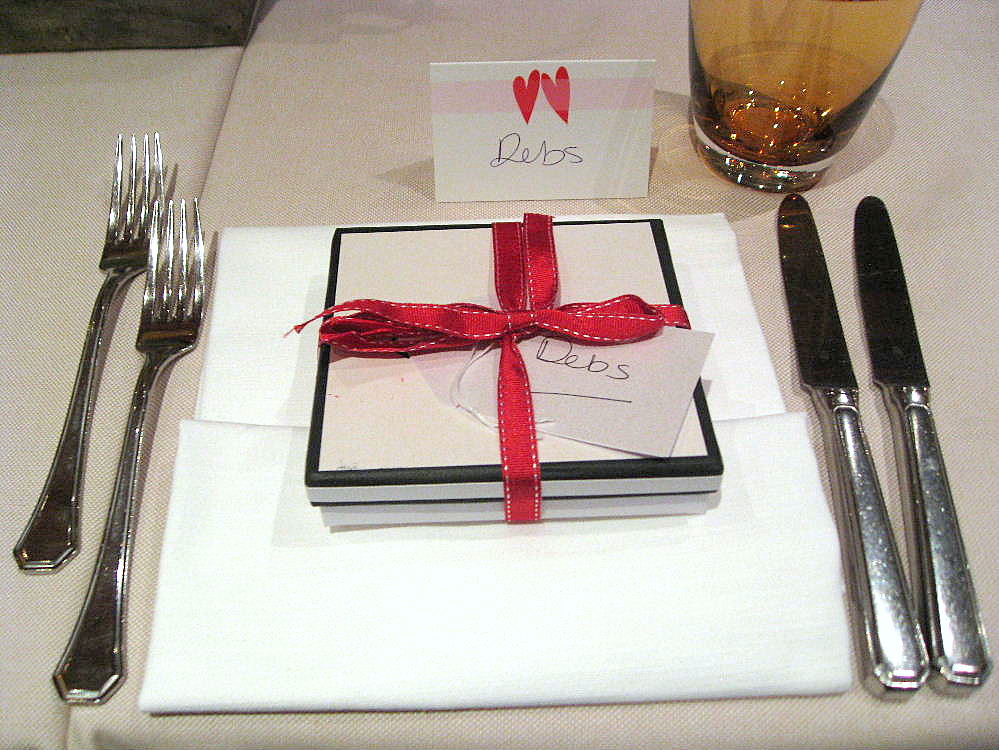 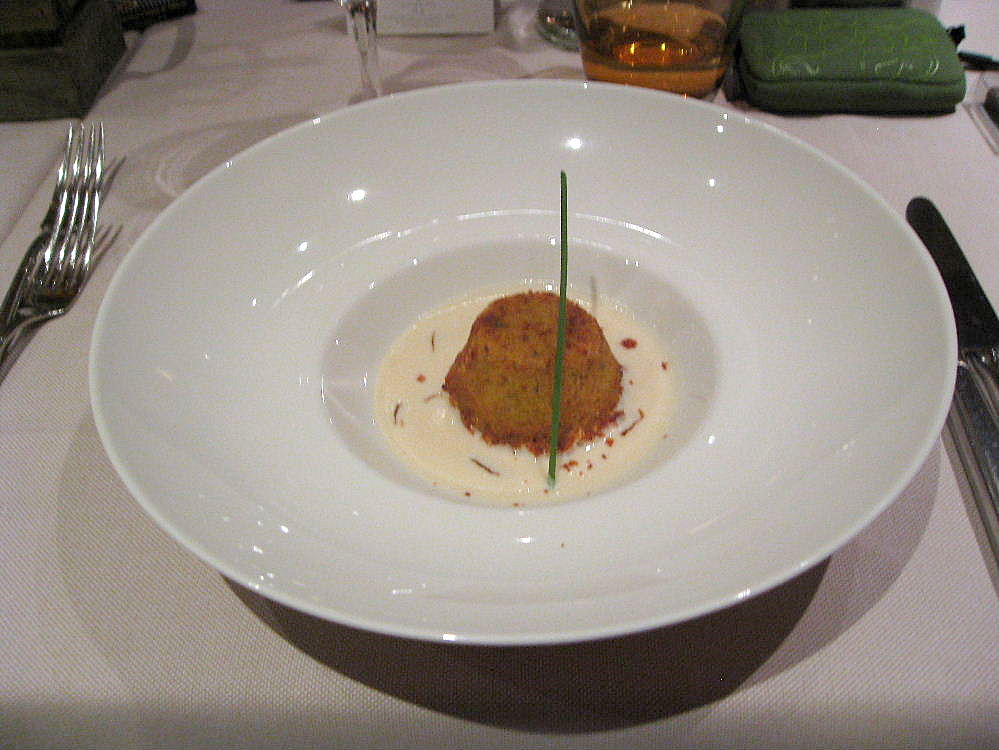 A few of the lovely dishes we were served - many of them, but just the right size, and absolutely delicious. Ditto the wine selection that was served with each course - George was so impressed that I've taken photos of some of the labels and he's going to try to buy some of the same when they get back to Scotland. 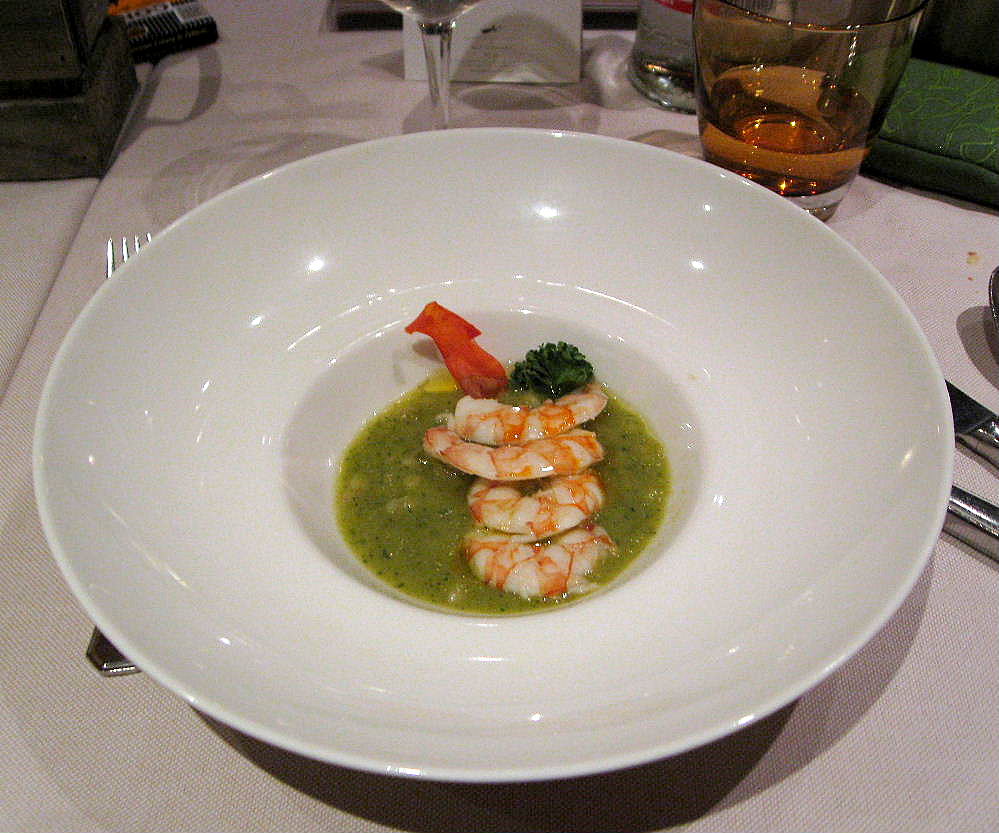 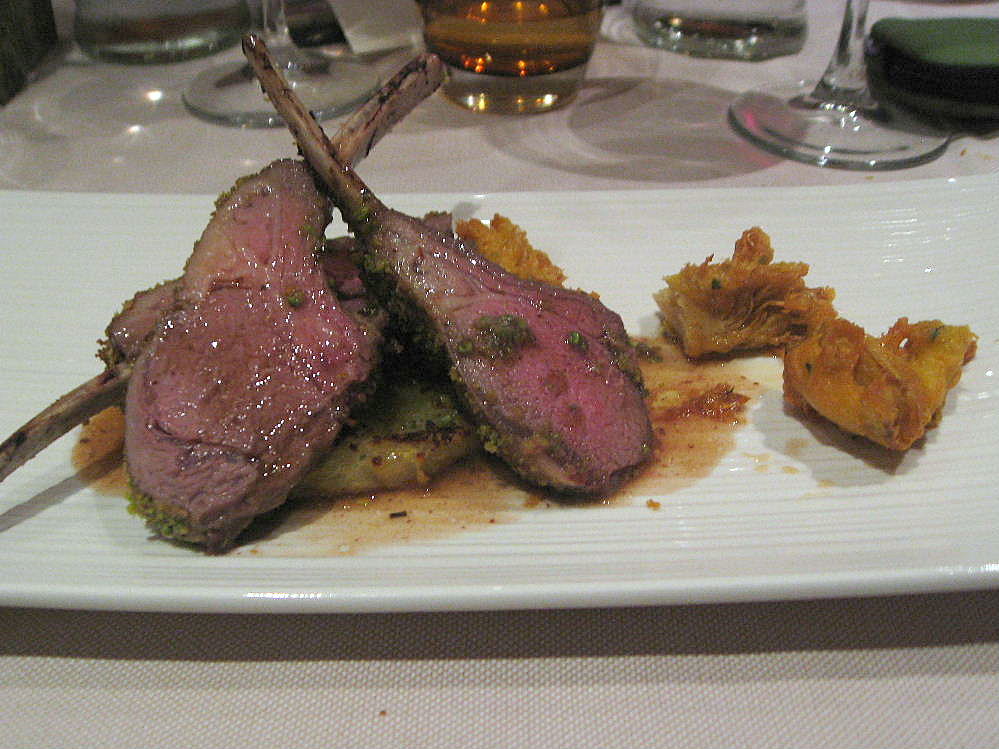 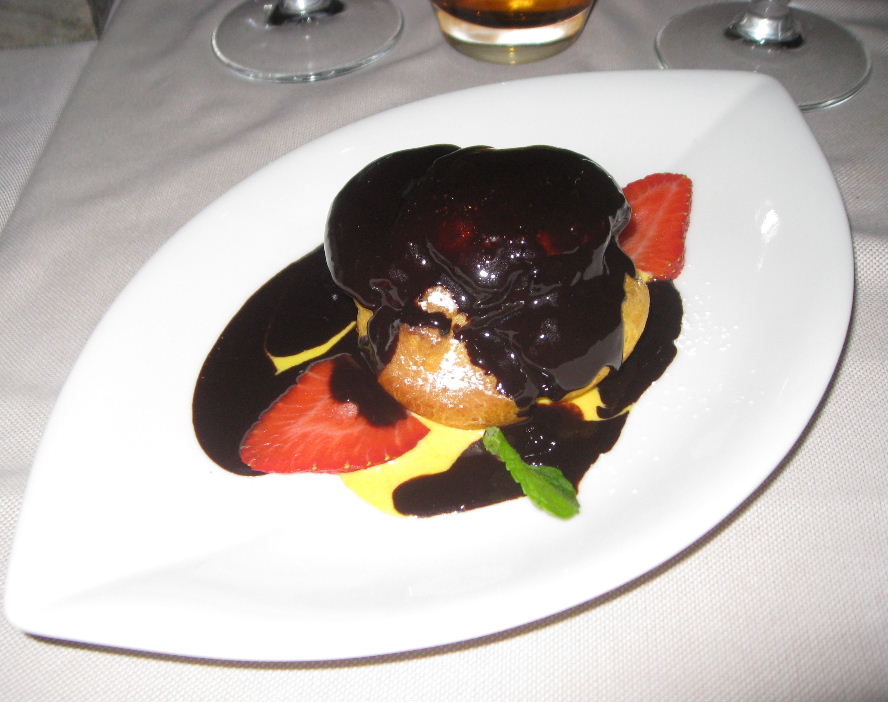 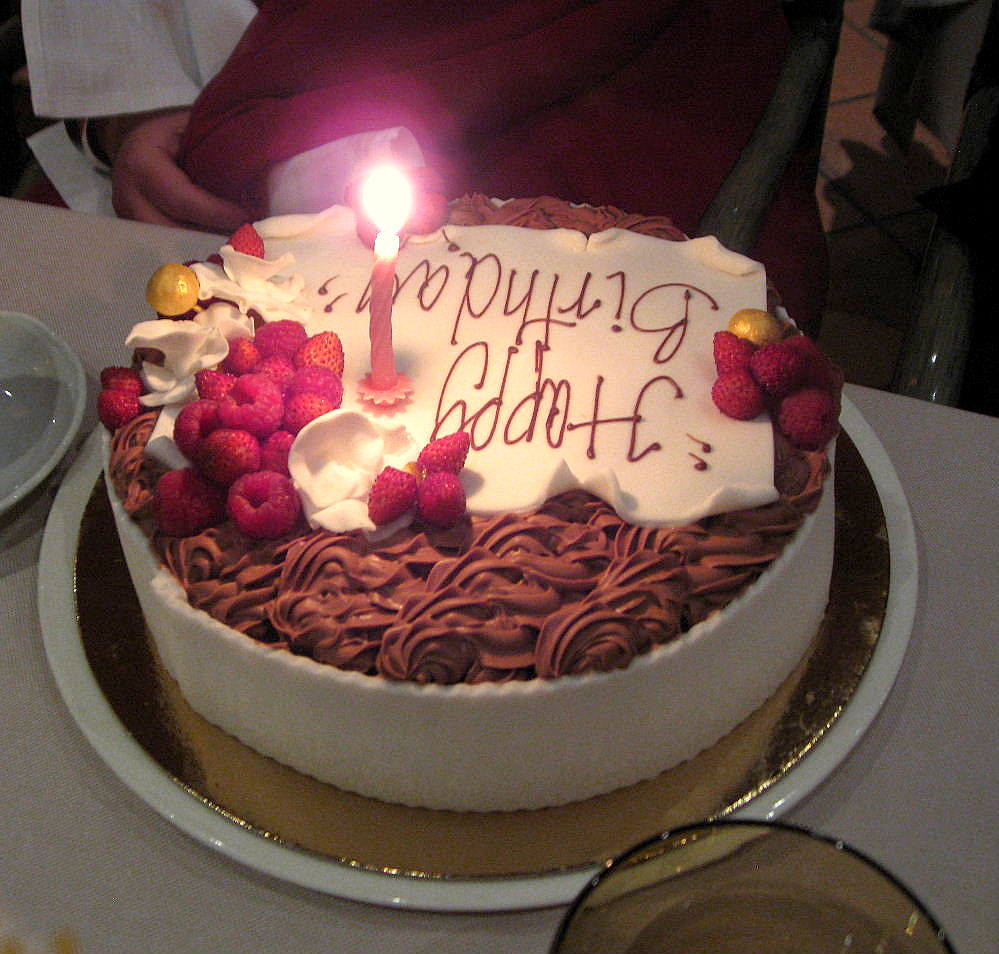 ... and after all that food - out comes the 'SURPRISE' birthday cake ... because it was of course Issy's birthday as well!

Bologna itself is a stunningly beautiful city, full of squares, churches, and nearly 40 kms or covered walkways (porticos). 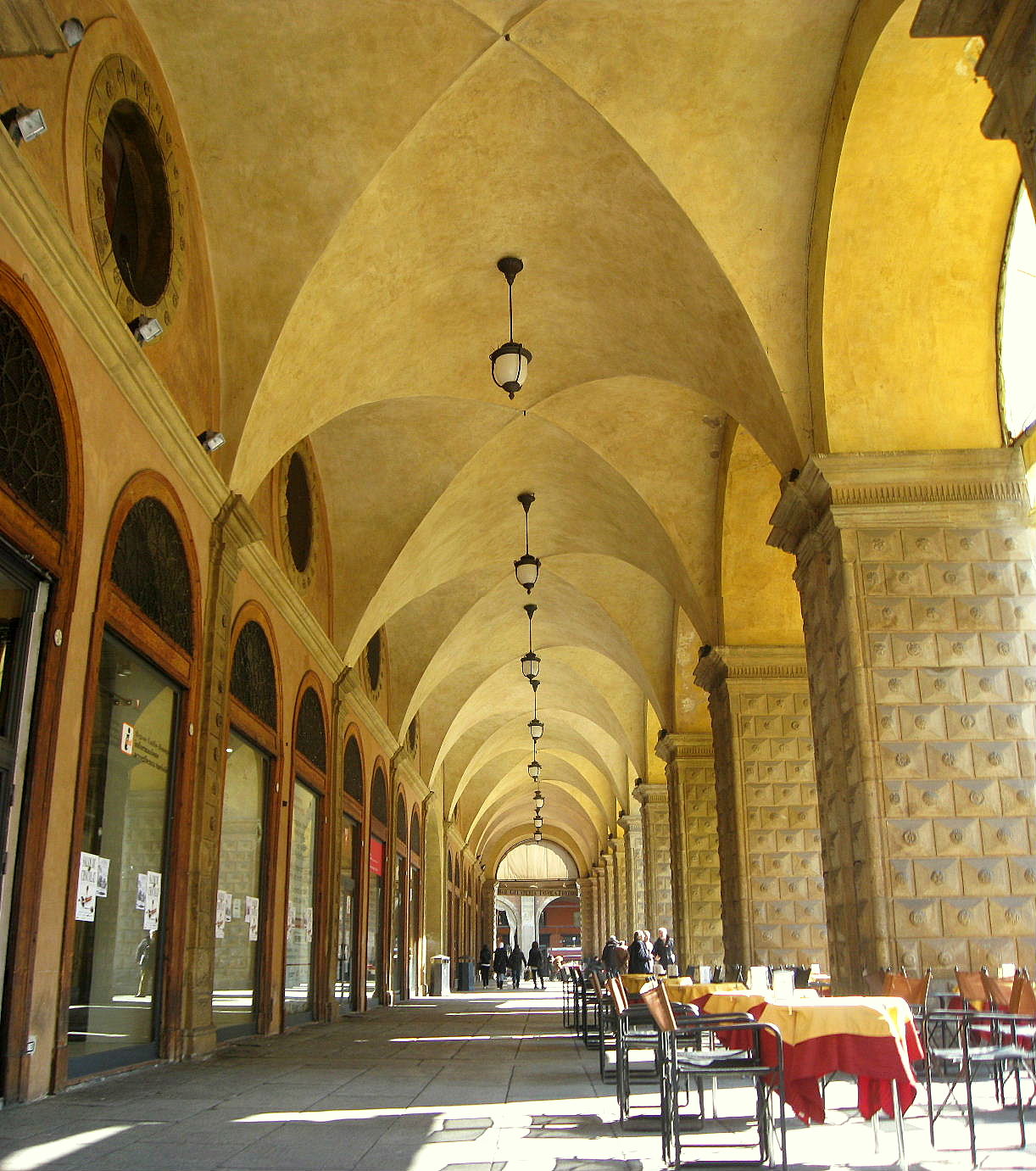 The first day was cold but brilliant sunshine … perfect for sitting out in the main square, soaking up the sun and nursing our collective sore heads, and regrouping for the main event of the weekend. 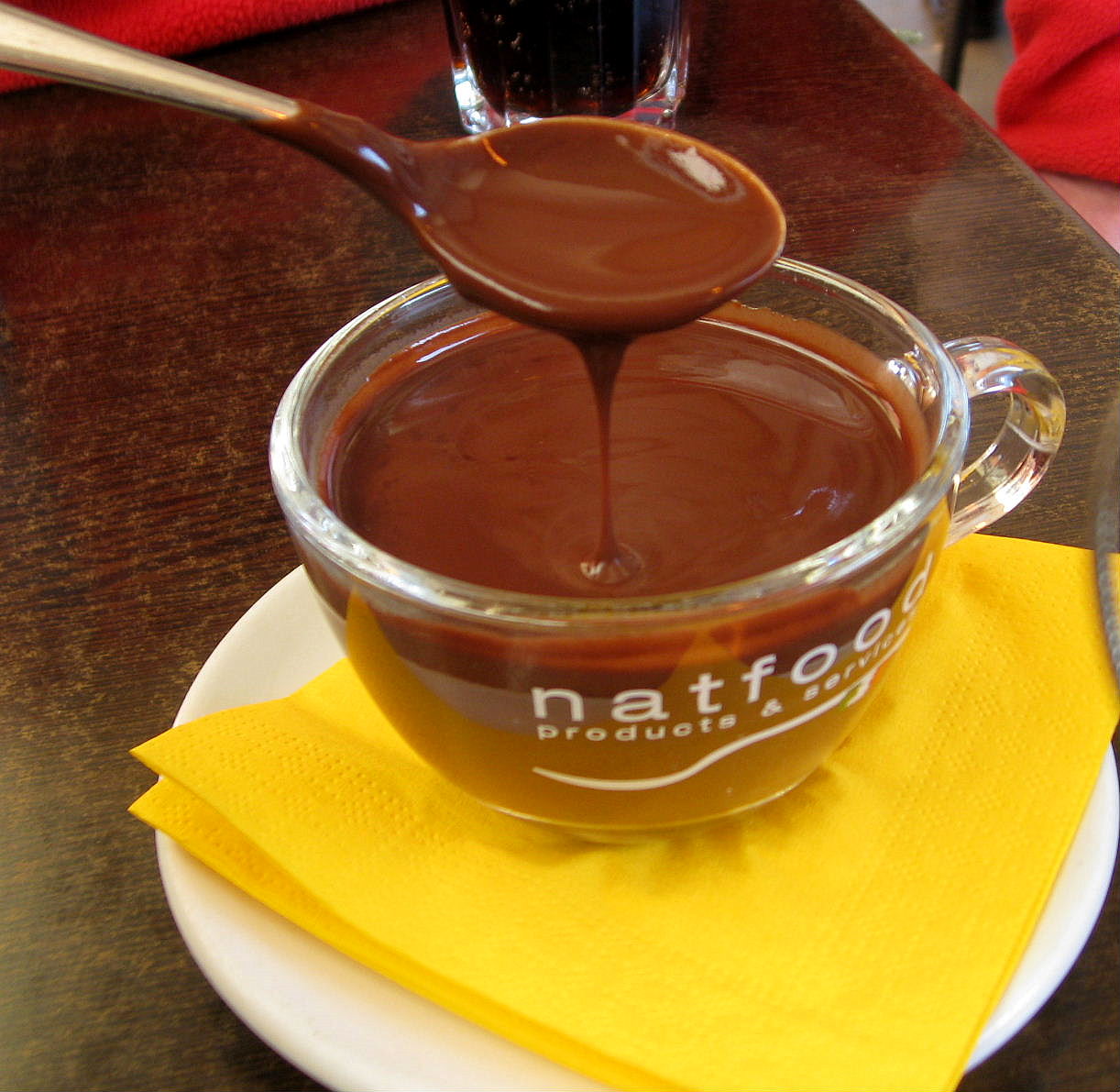 When I ordered a hot chocolate at a cafe, I'd forgotten about the European can-stand-a-spoon-in-it style. Yum ... but soooo rich. Four of us couldn't finish it! 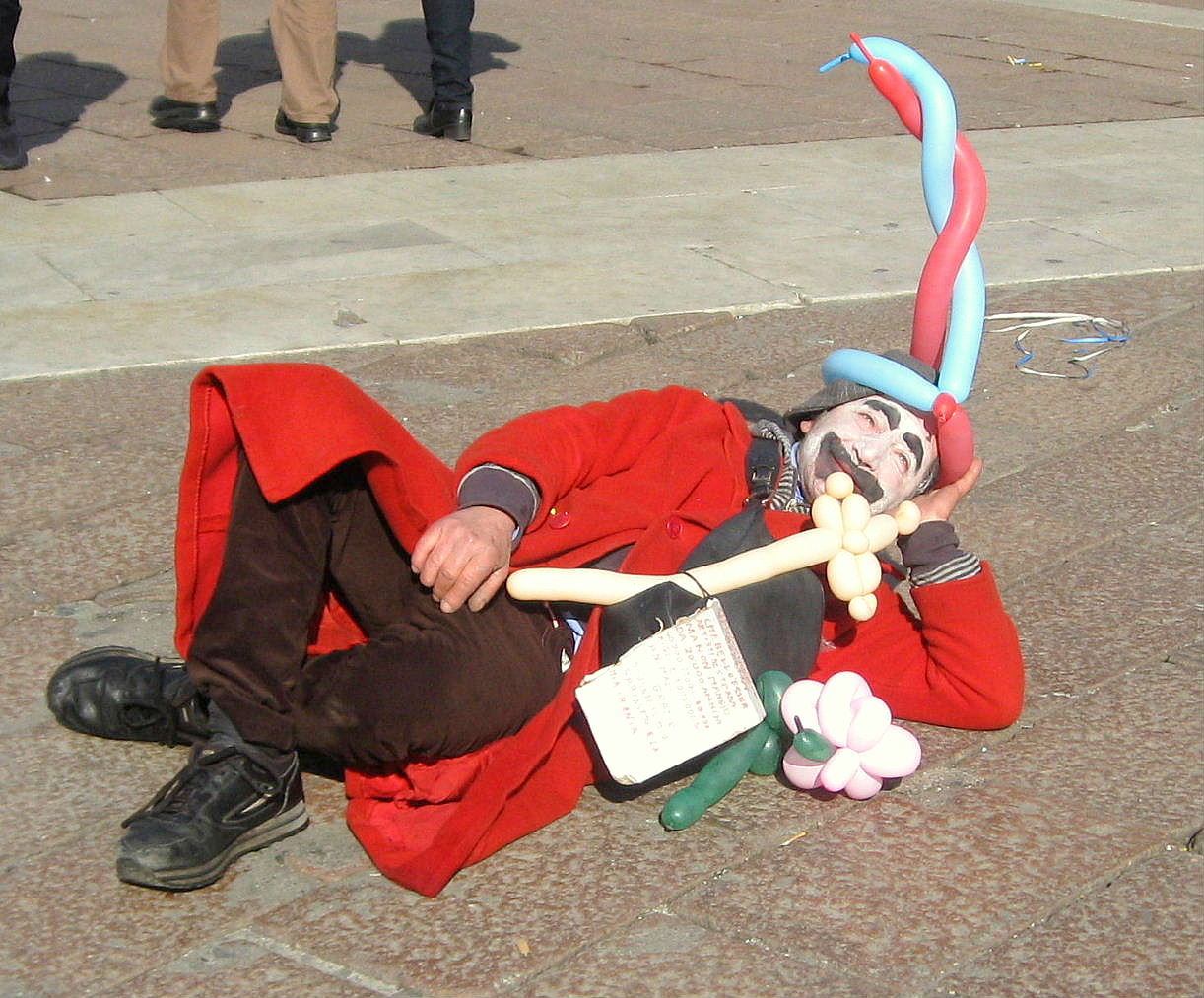 Some of the sights in the piazza 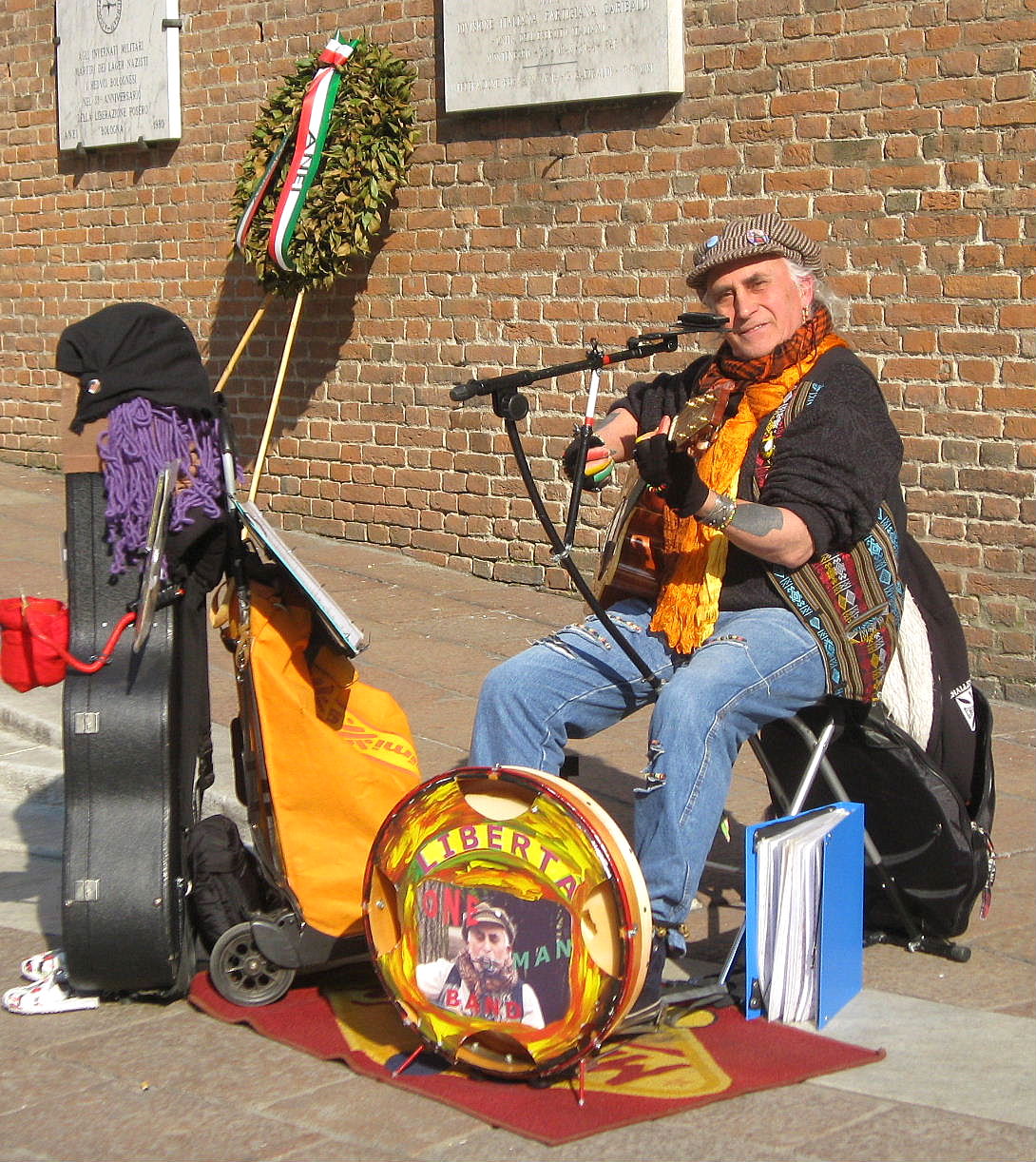 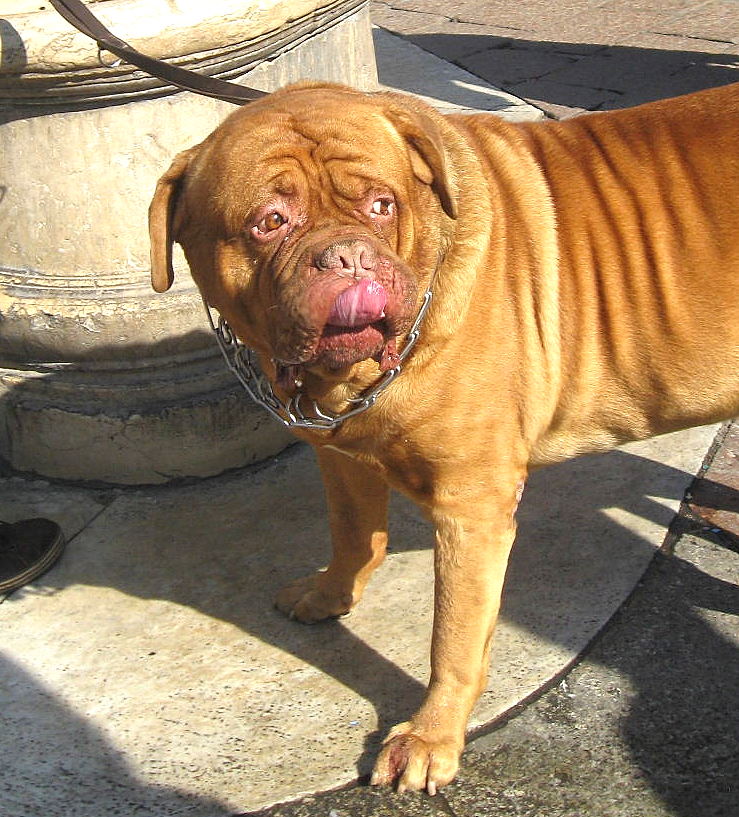 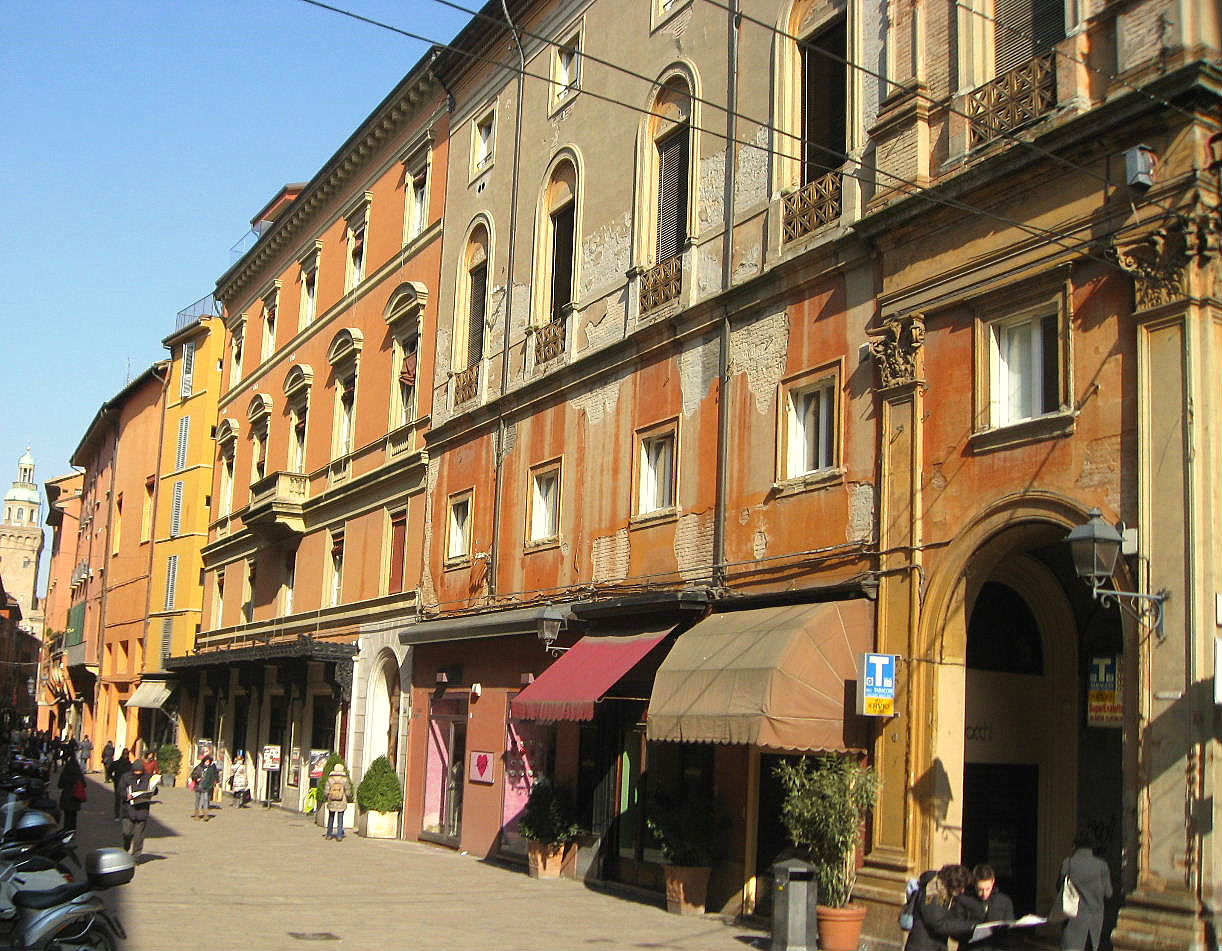 The city is also known for its fine food, and I came away with a few bits and pieces. Including an aged bottle of balsamic vinegar and a rather large wedge of Parmesan cheese. 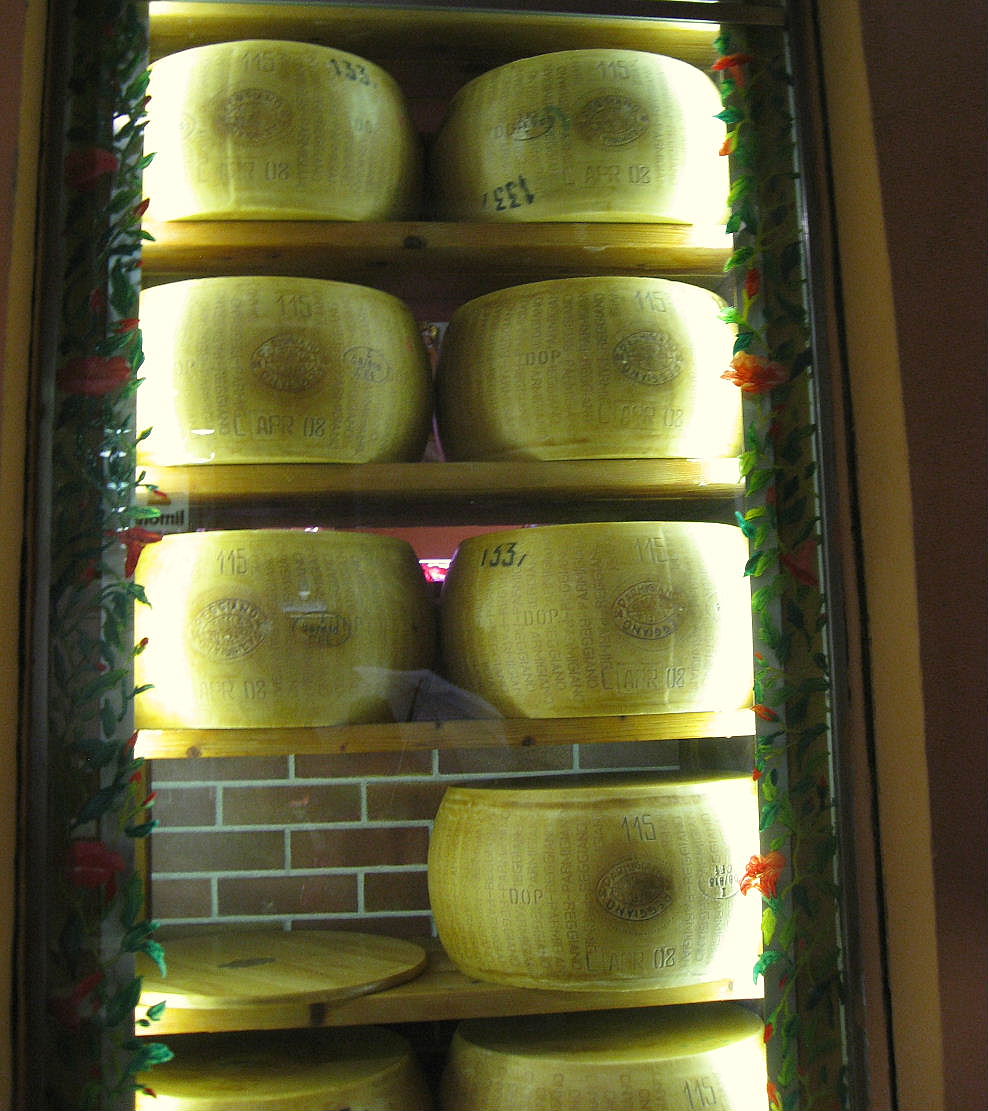 All of which of course you can buy here in France and just about anywhere else, but everything looked so good in the shops and so they became my little ‘souvenirs’ and taste of Italy. 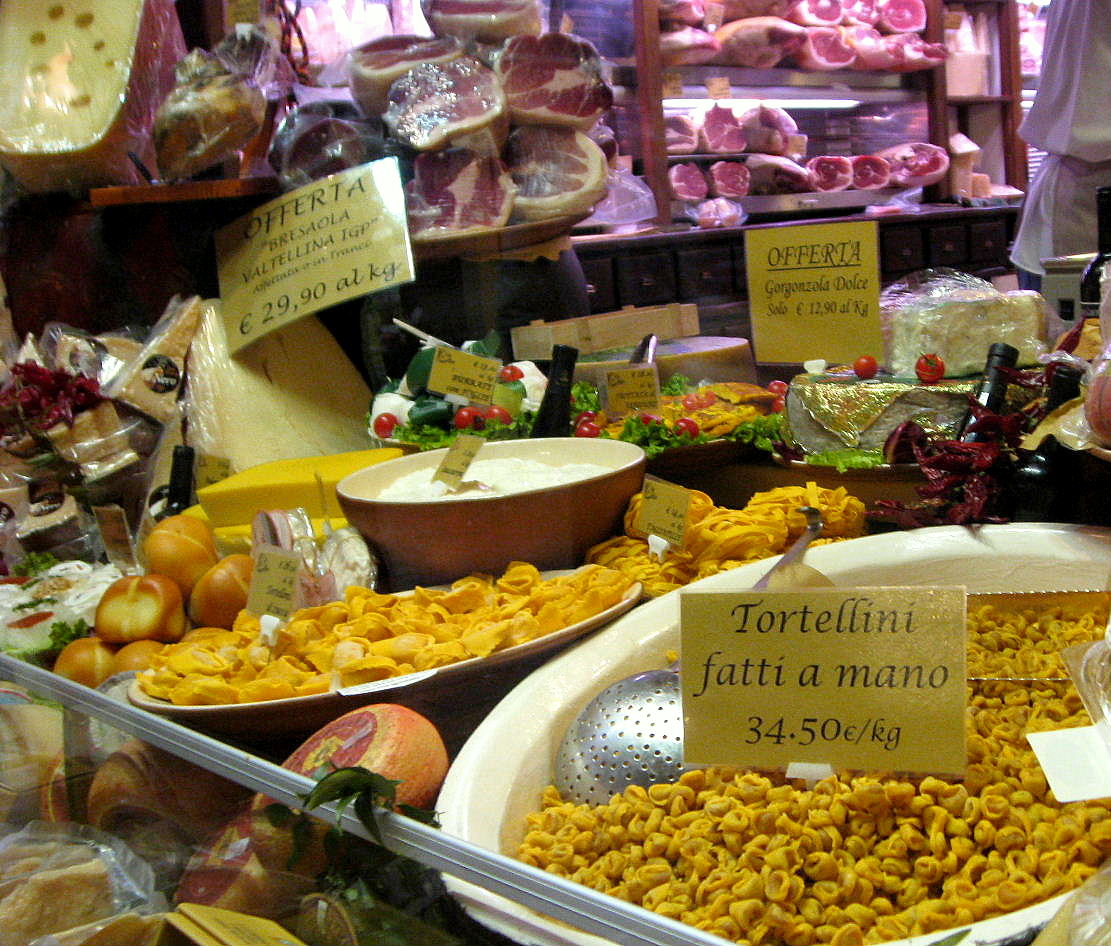 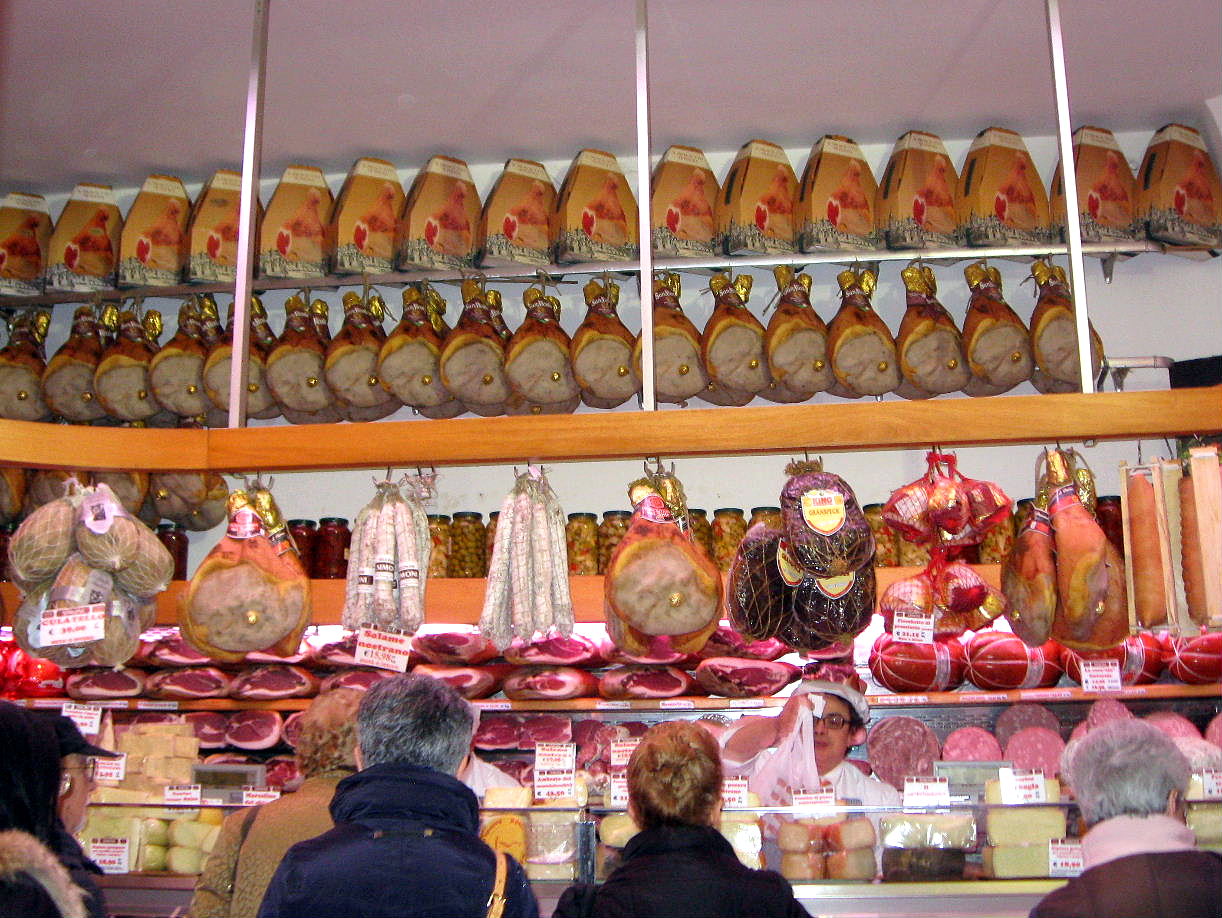 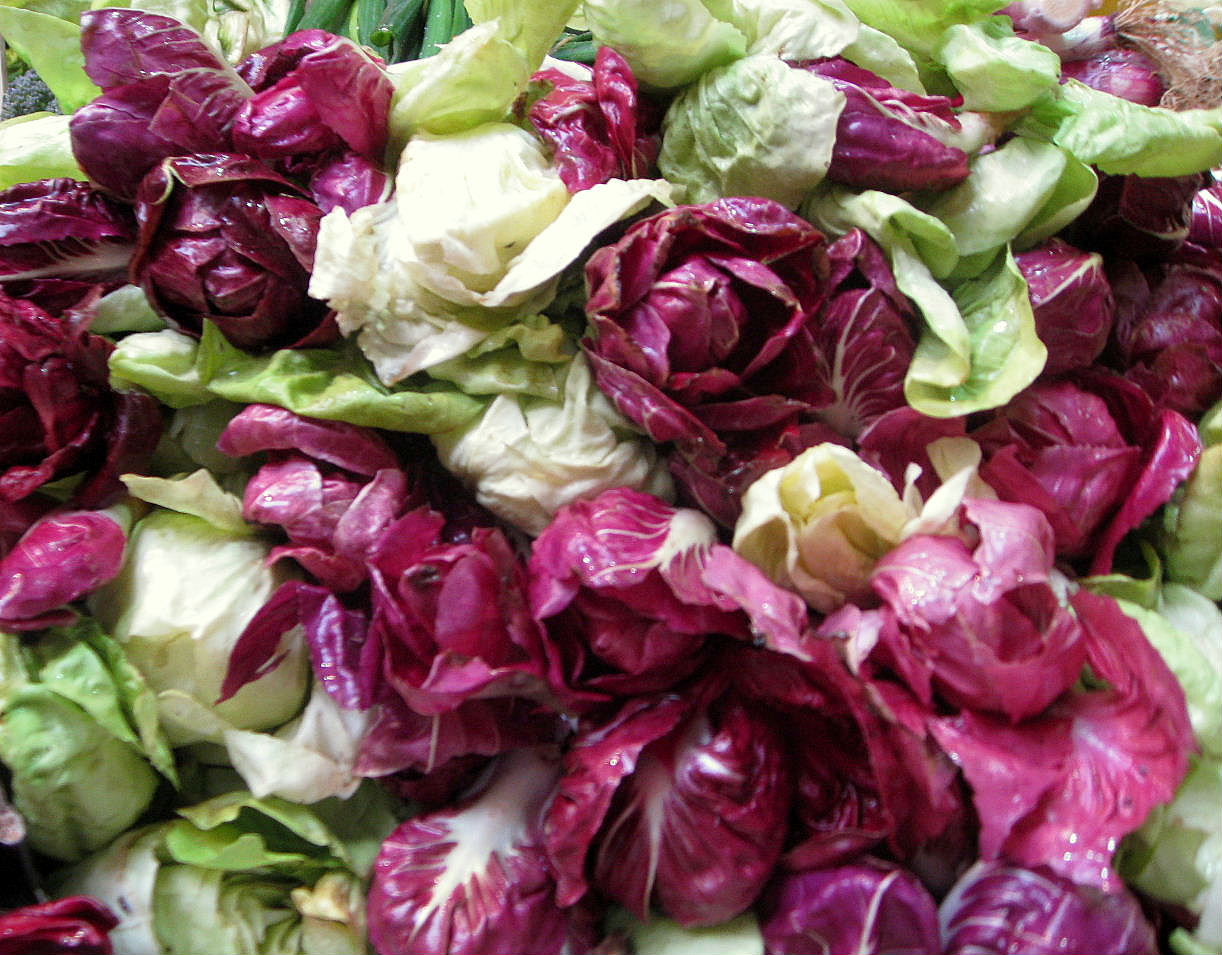 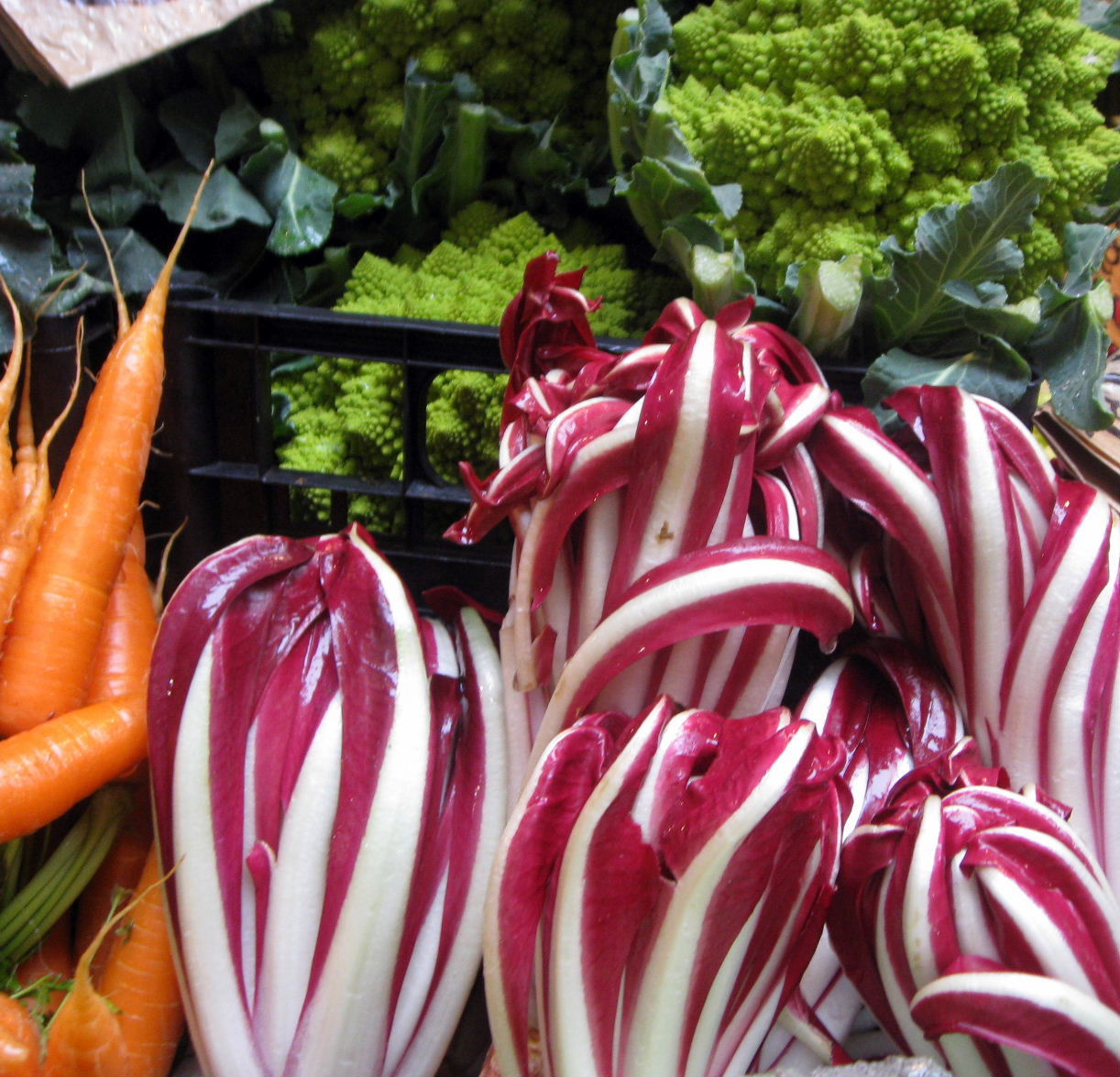 The fruit and vegetables - and particularly fresh garden peas - looked gorgeous. and had I not been worried about a strict 15kg luggage allowance, I would have grabbed a couple of kilos of those to bring back too! I was a little annoyed to get to the airport to find my bag only weighed 13kg – I could have brought back a veritable vegetable bonanza ….

The whole weekend was not entirely taken up with celebrating, eating, drinking, and generally being merry. We covered a fair bit of ground on foot, took in the Mediaeval Museum, did a jump-on jump-off bus tour of the city, and – perhaps a little optimistically after a big night out – decided to climb the tallest tower in Bologna.

The city is famous for all its towers – at one stage about 180, though not nearly so many still standing today. Apparently, although the towers were initially as defensive lookouts by families who lived in compounds, but eventually they sometimes also became status symbols and people tried to out-do each other.

The famous twin towers (the taller, the Asinelli Tower at 97 metres, is the one we climbed) were apparently the result of two families’ competition.

Unfortunately, the shorter of the towers – the Garisenda - wasn’t built on a solid foundation, began to tilt and was never built to full height. Seems there was a clear winner in that particular race! It now leans more than the Tower of Pisa.

There are more than 500 steps to the top, fortunately with resting platforms on the way up. Getting up was hard enough – coming down on jelly legs nearly as bad….. The pay-off was the amazing views over the city – despite the drizzly rain. 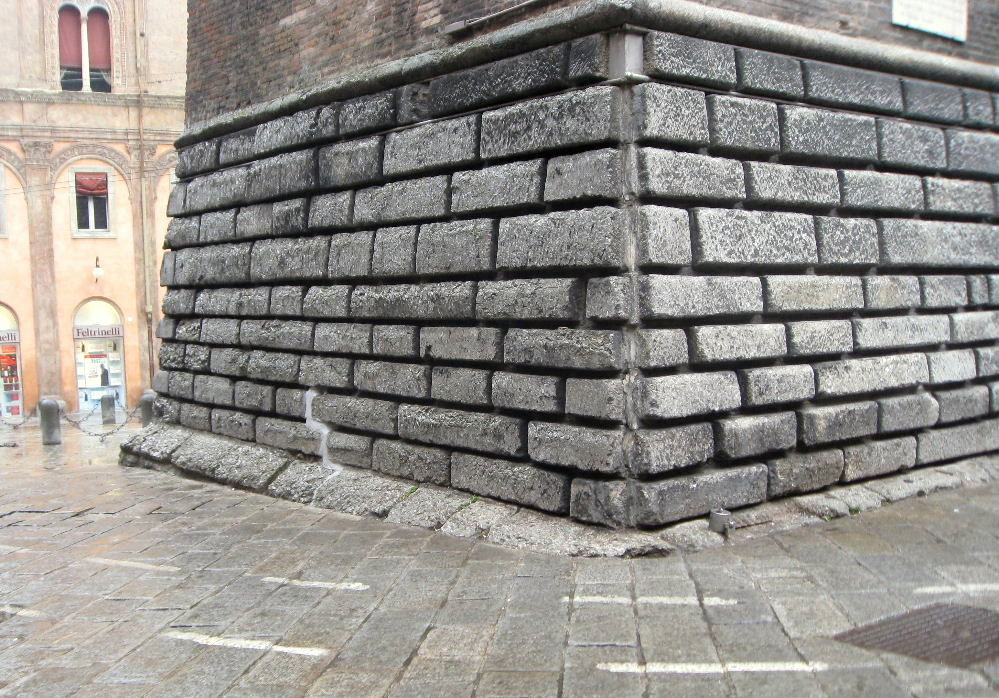 A full-on and thoroughly enjoyable weekend, spent in the company of some great people.