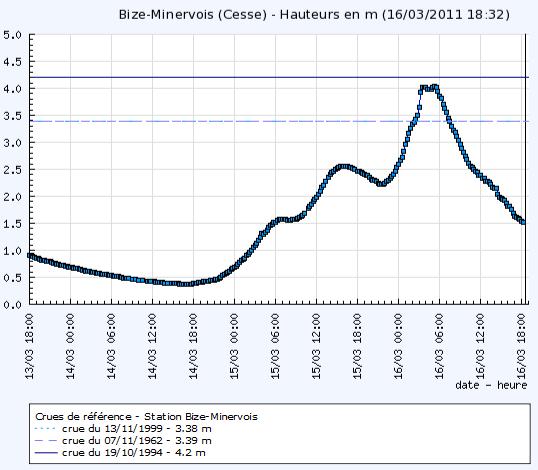 The rain kept falling and La Cesse continued to rise, passing the level of 1999 (3.3m), and nearly reaching the 1994 level (4.2m). I was watching the live updated graphs all during the night and was so on edge that I didn’t get to sleep. It was updated every 15 mins - in real time - and at 5.00 a.m. it started to level out and I thought it might be peaking. It was indeed.

It was at that stage I gave up any thoughts of getting to sleep, got dressed and went down to the bridge.

The pompiers were there, the mayor and a few villagers out having a look. I've never seen anything like it - the power of the river, right up to the promenade, and lapping over - and the roar of the water - was amazing.

Quite a few houses near the river were flooded, including the ground floor of Nic and Duff’s place – the dentist occupies the ground floor so that’s where all the mud is. Fortunately I’m a little higher up the street so am not affected.

Late yesterday afternoon, things were looking a bit grim as the water rose. Access to the river was earlier barricaded off with plastic tape – later, the wooden barricades were installed.

Some of the flood-prone houses in the village put their flood barriers in place in their doorways. Some that didn't have any had them hastily constructed by the pompiers… 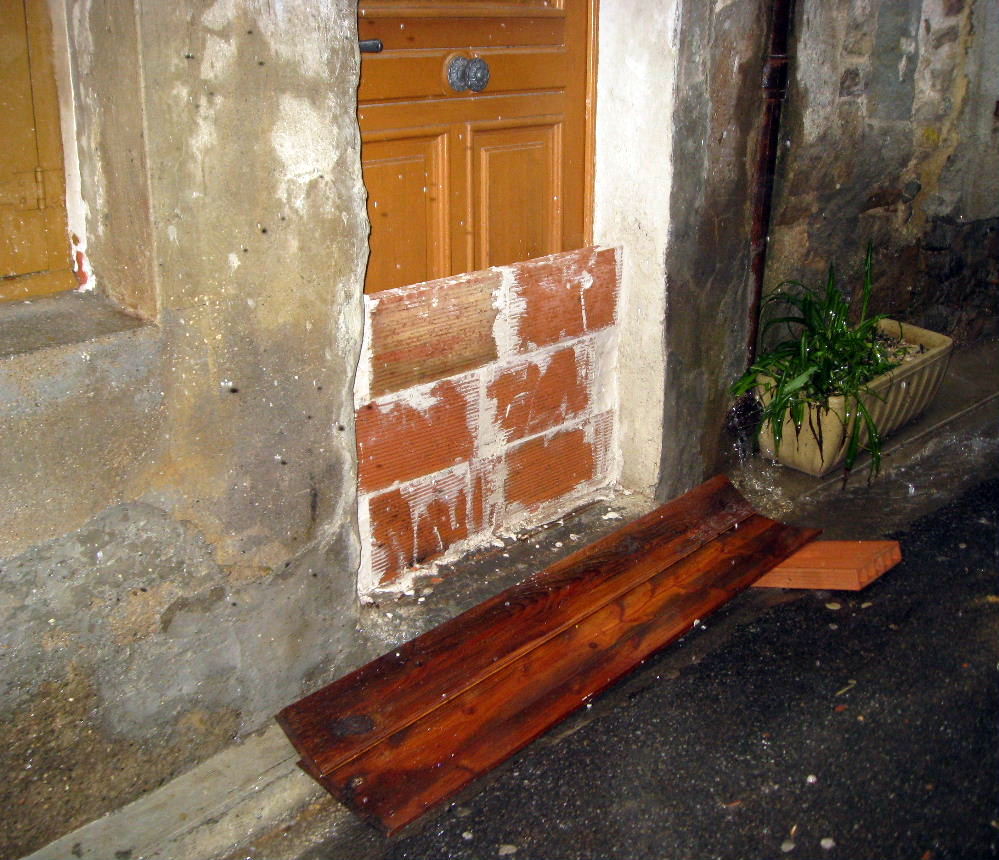 I felt so sorry for this old man standing in his doorway behind the flood barriers, watching the water creep up. Given the height and well-constructed barrier he's leaning on, I suspect this is not the first time he’s been through this. 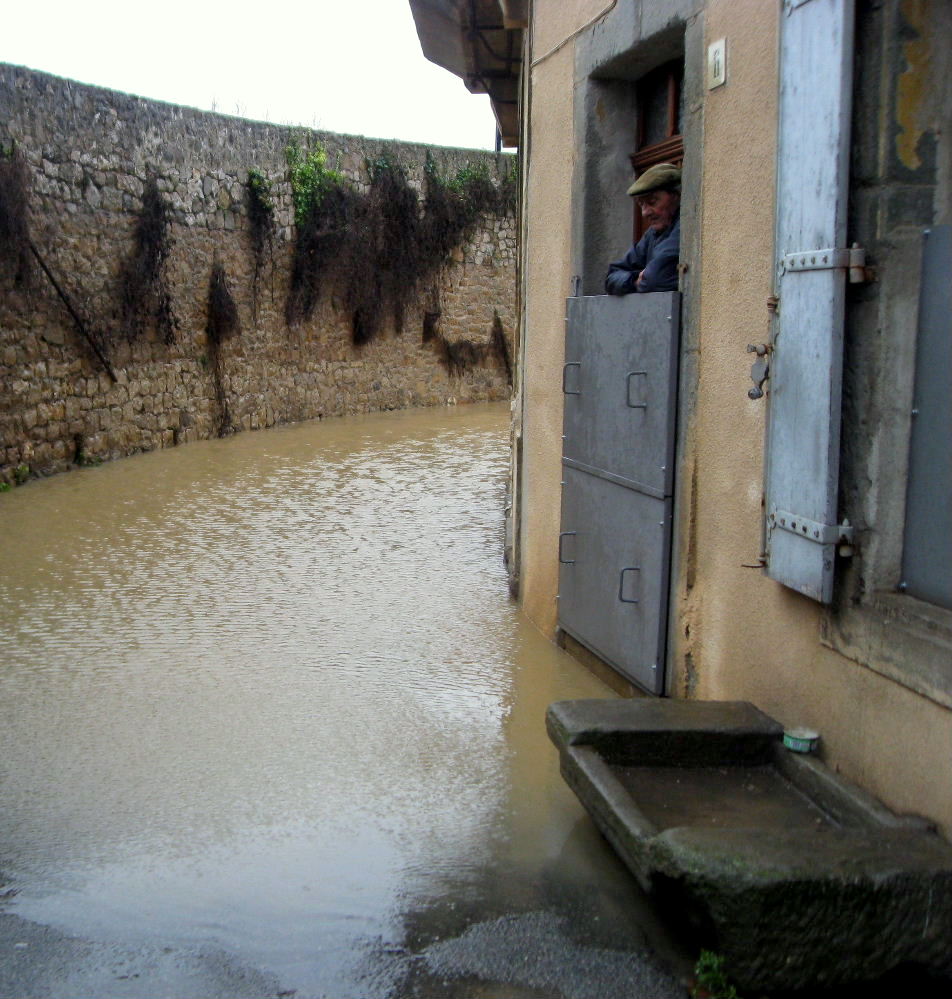 Late yesterday afternoon, the authorities lowered this water flow meter into the river: 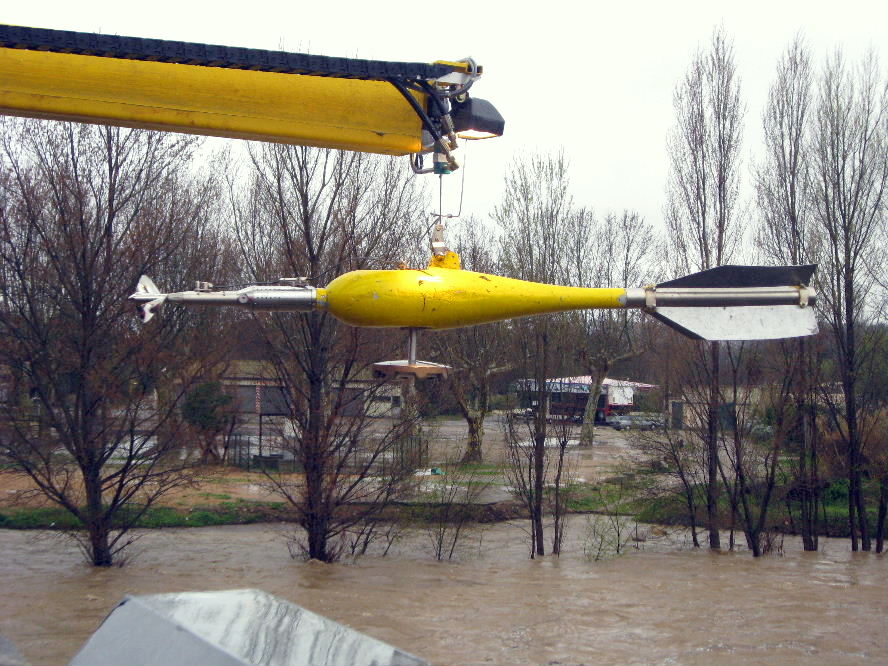 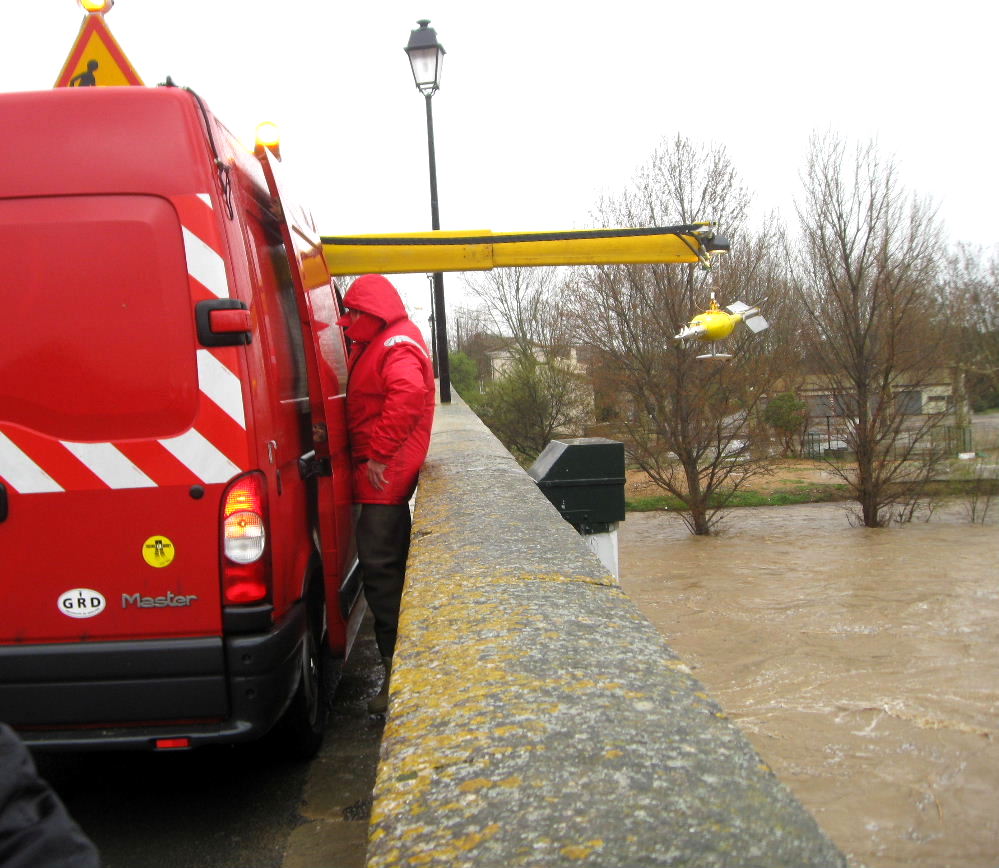 
And these photos show the aftermath and the cleanup process underway. 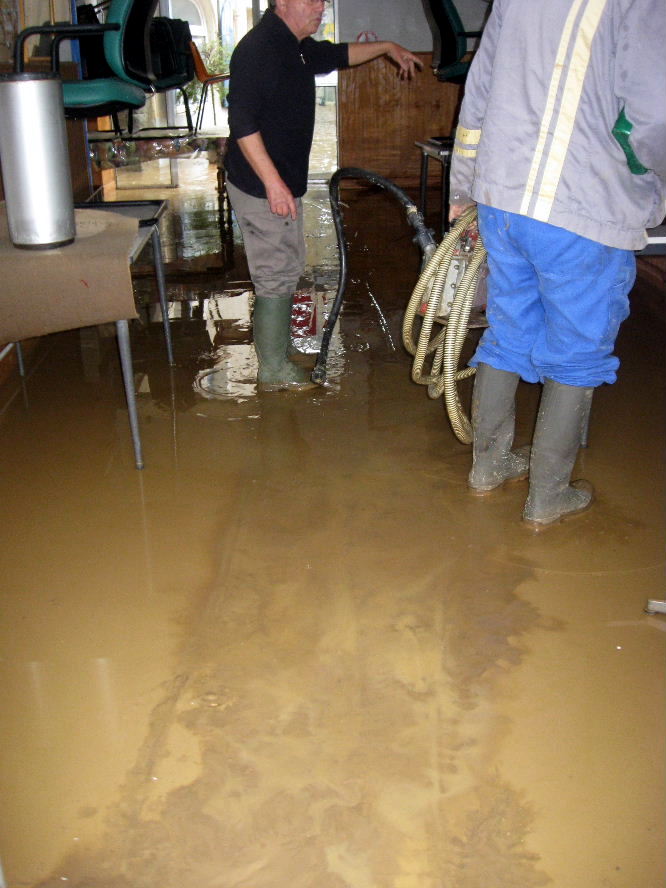 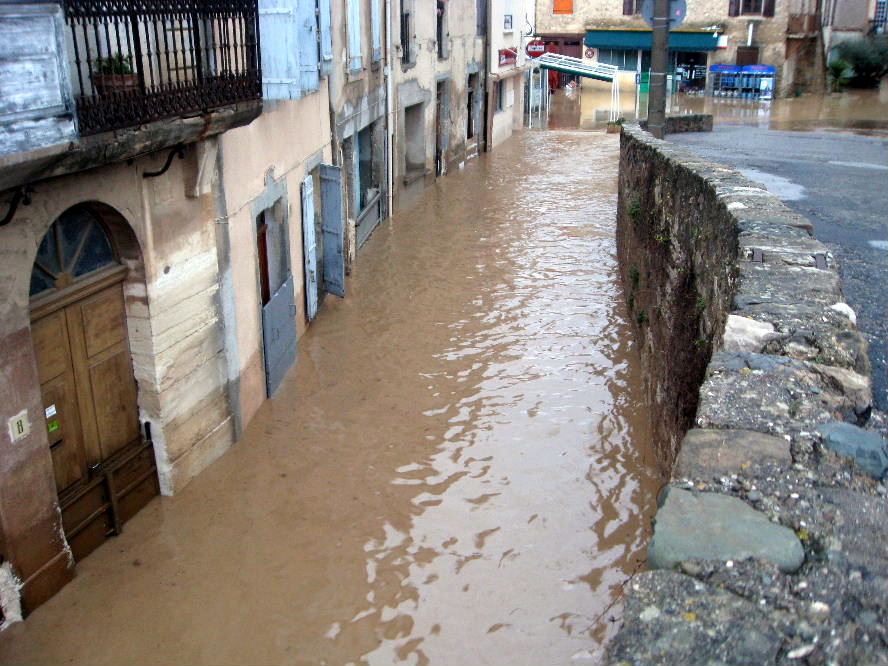 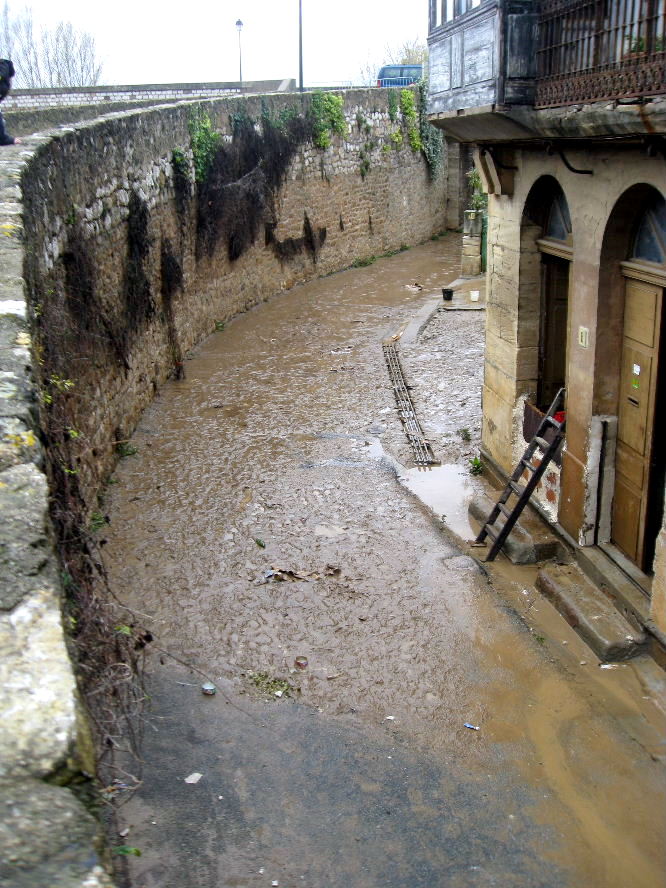 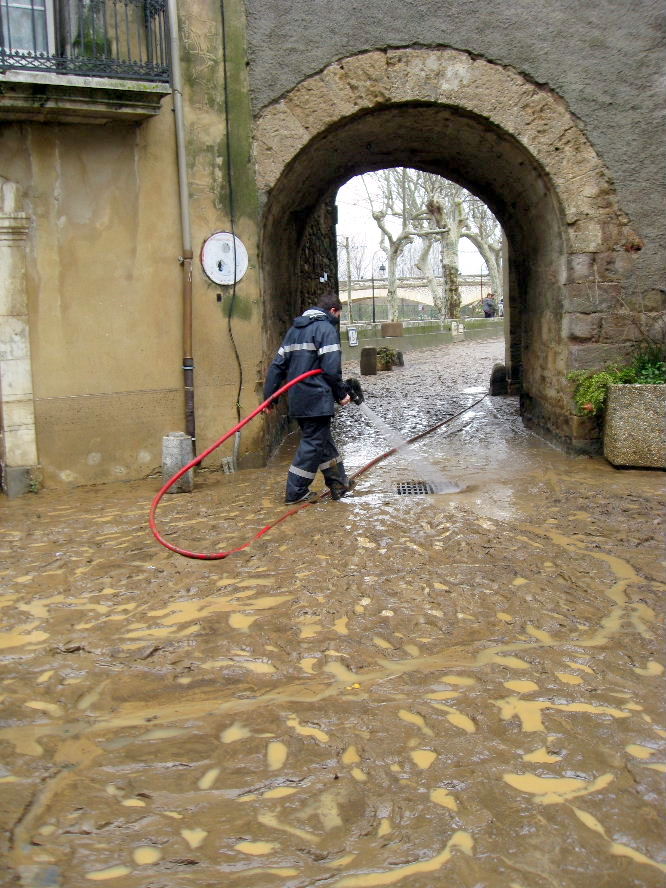 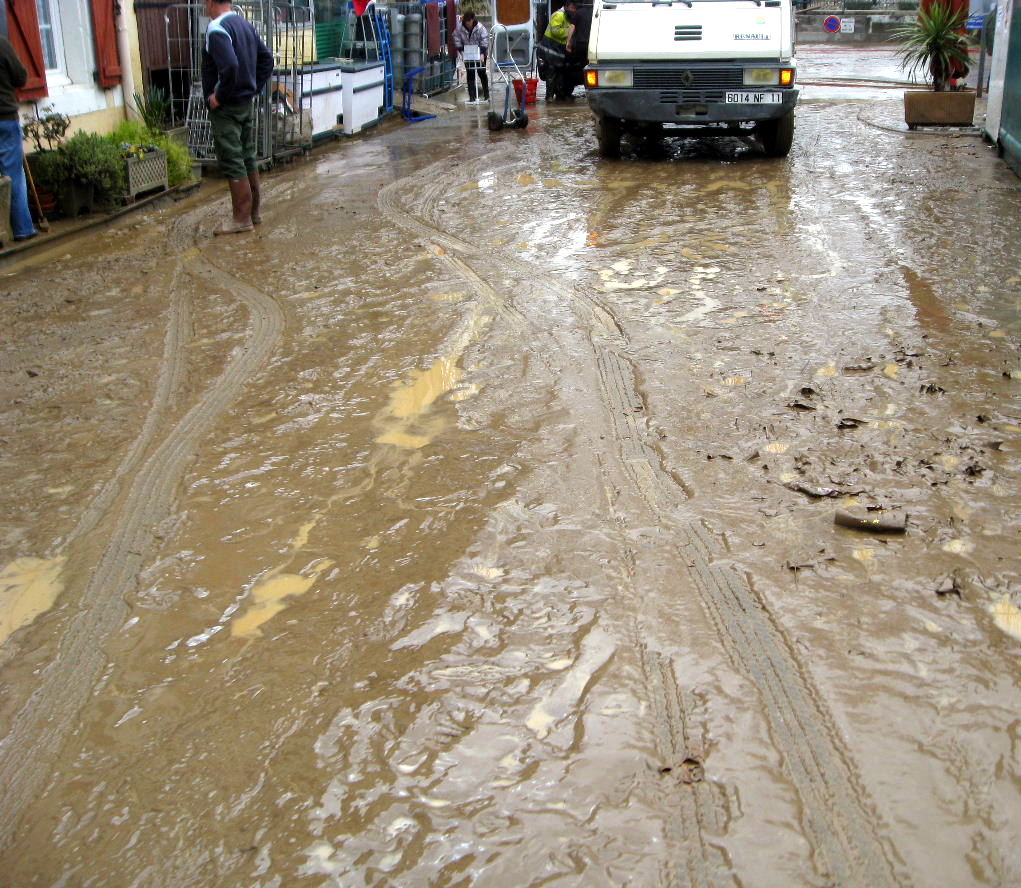 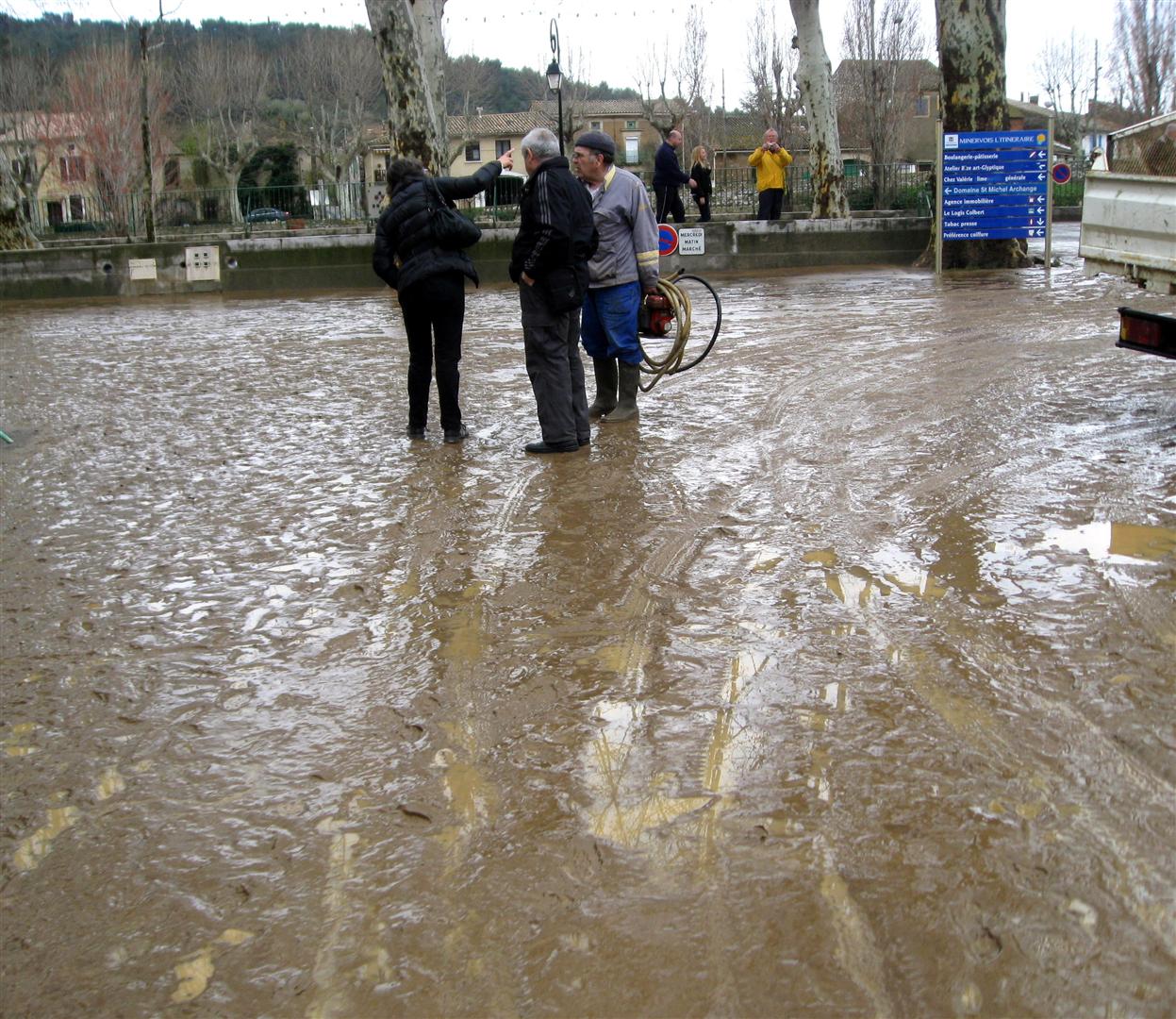 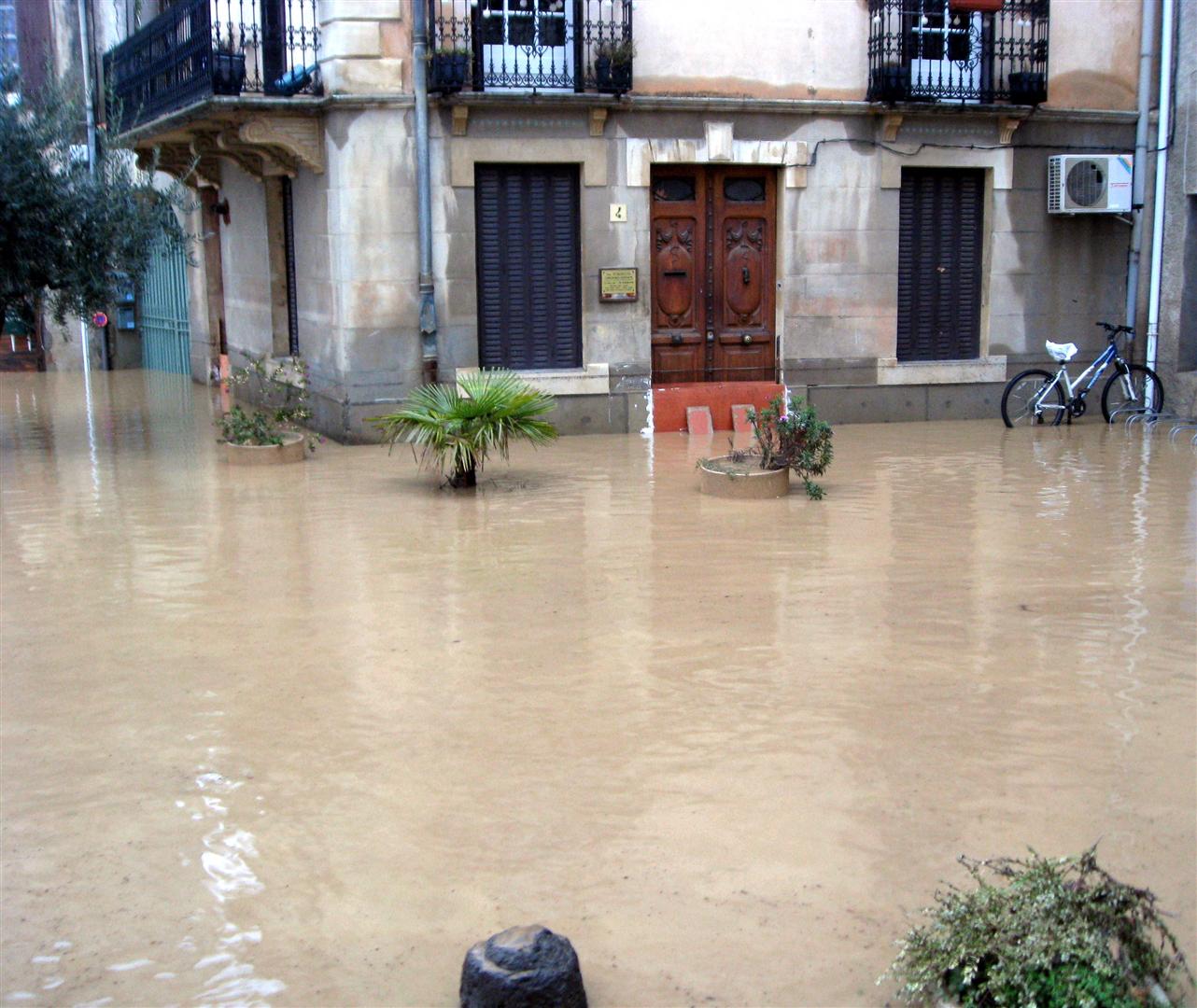 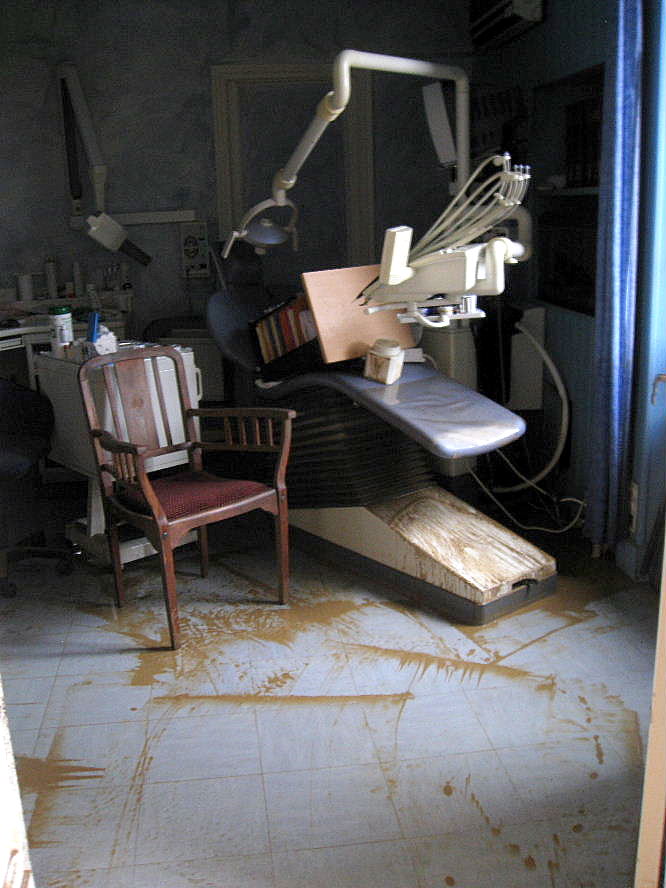 I must say it was a smoothly run operation – the Maire was up and about and organising the cleanup, visiting each of the houses affected and advising that the pompiers would be around soon to hose down the mud (they were) and that there would be help provided if necessary to clean the houses. And a free lunch was provided in the village hall.

Mid-afternoon, I went for a drive to look at the state of the river from Minerve down to Bize – I figure it’s something I may not see again, or not for a long time, I hope.


I realise in the ‘big picture’ of everything that’s happened in 2011 around the world (what’s going on?!), this is small in comparison and fortunately with no loss of life or injury. However, for a small village, it’s quite an event that’s affected a lot of people.

The weather forecast thankfully is a lot better for the next few days and the river is now going back down to a reasonable level.

I am crossing fingers for sunny days in Bize Minervois