A short bike ride – a 6 km loop from Bize, out to the Mailhac Road, down to Cabezac and back to Bize – there’s all this: 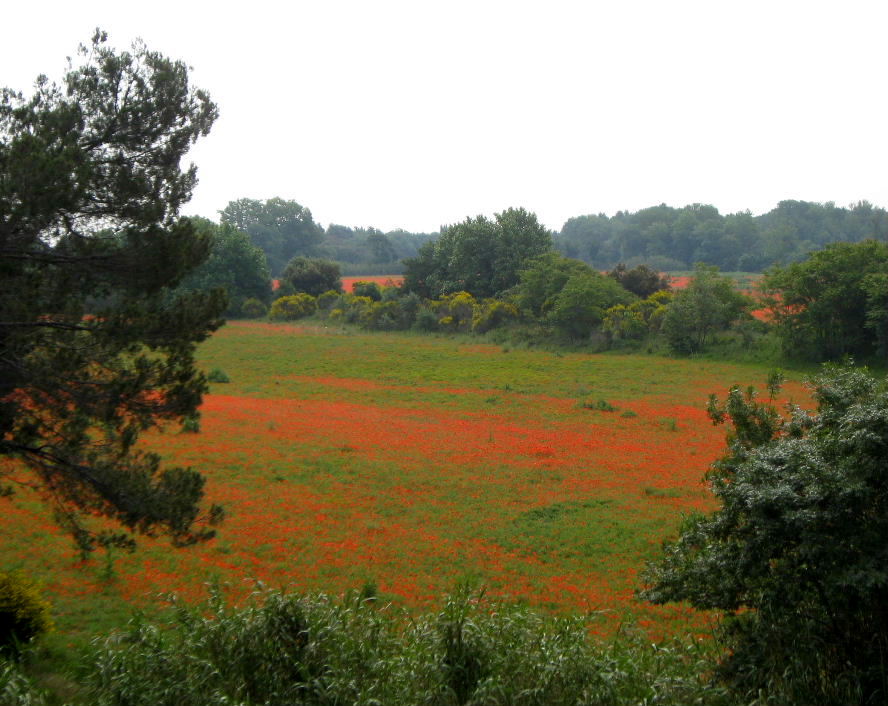 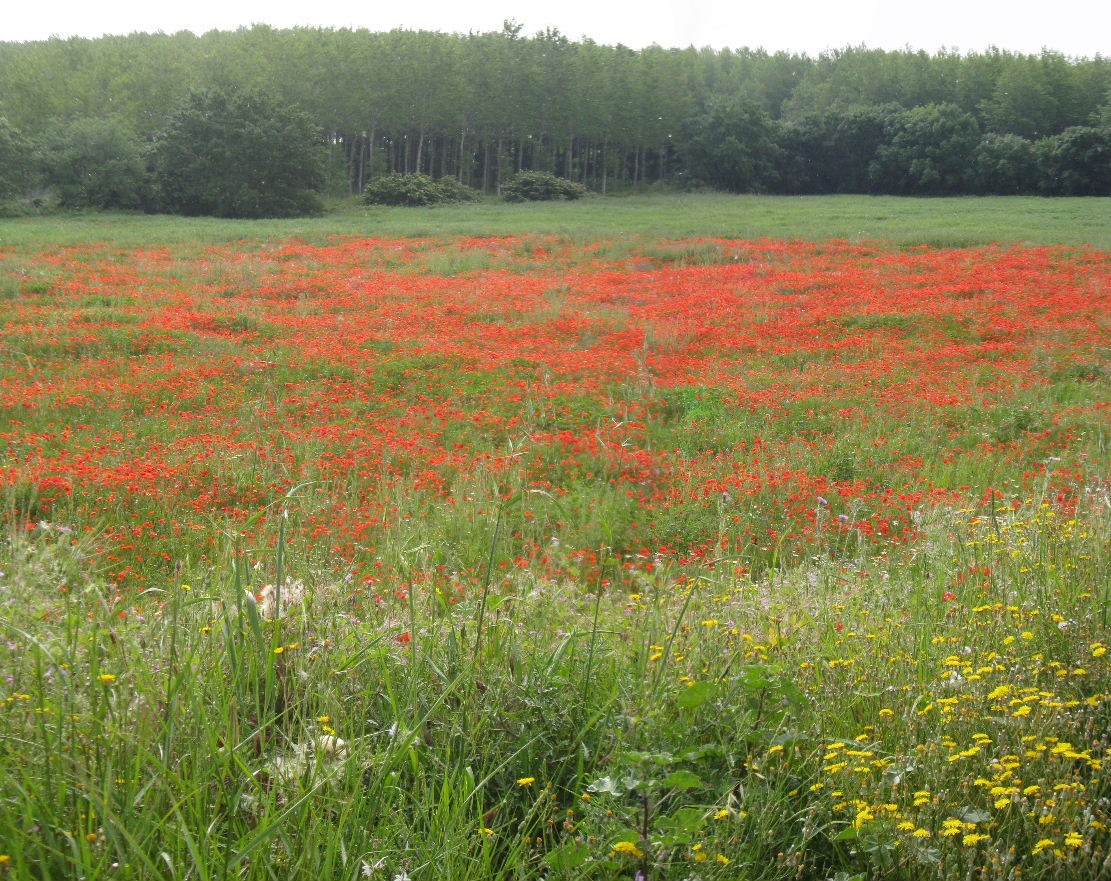 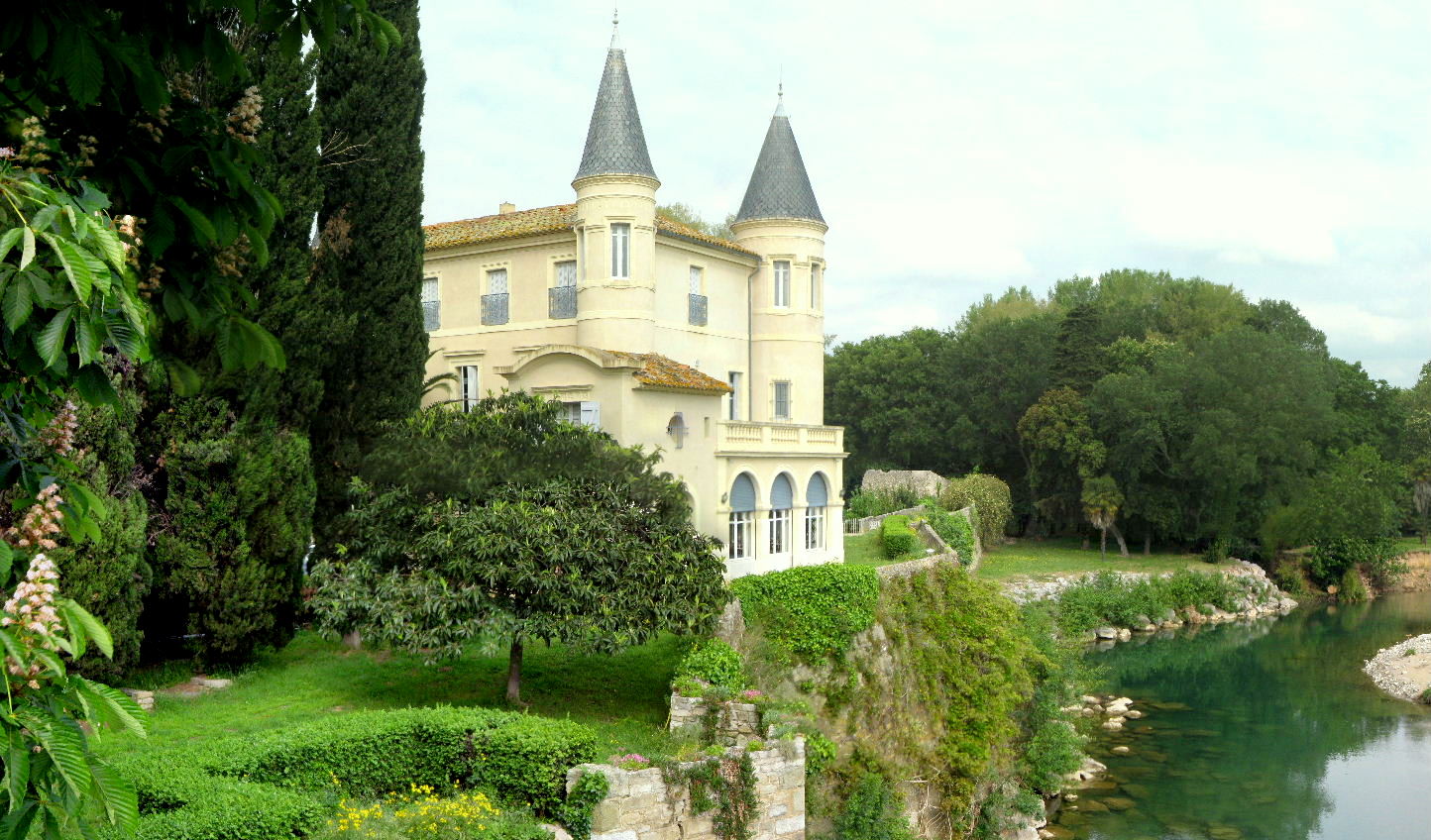 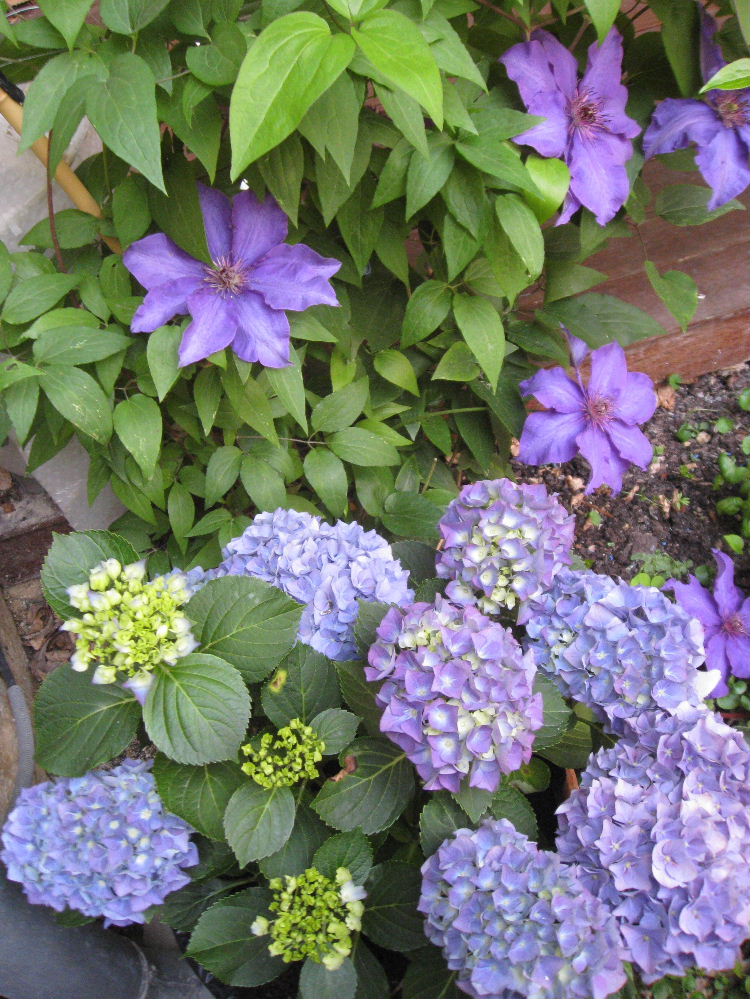 Not only has the warm weather brought out all the flowers, it’s also bringing out the paragliders who launch themselves off the south-side of the Pech, using the thermals that come up from the flat plain towards Narbonne. And you often see them just hanging up there above the Pech for hours. The most I’ve seen at one time is 11, and in this photo there are 9.

Just happened to be having a beer on Nic’s terrace at the time (fancy that), so managed to get a few shots…. 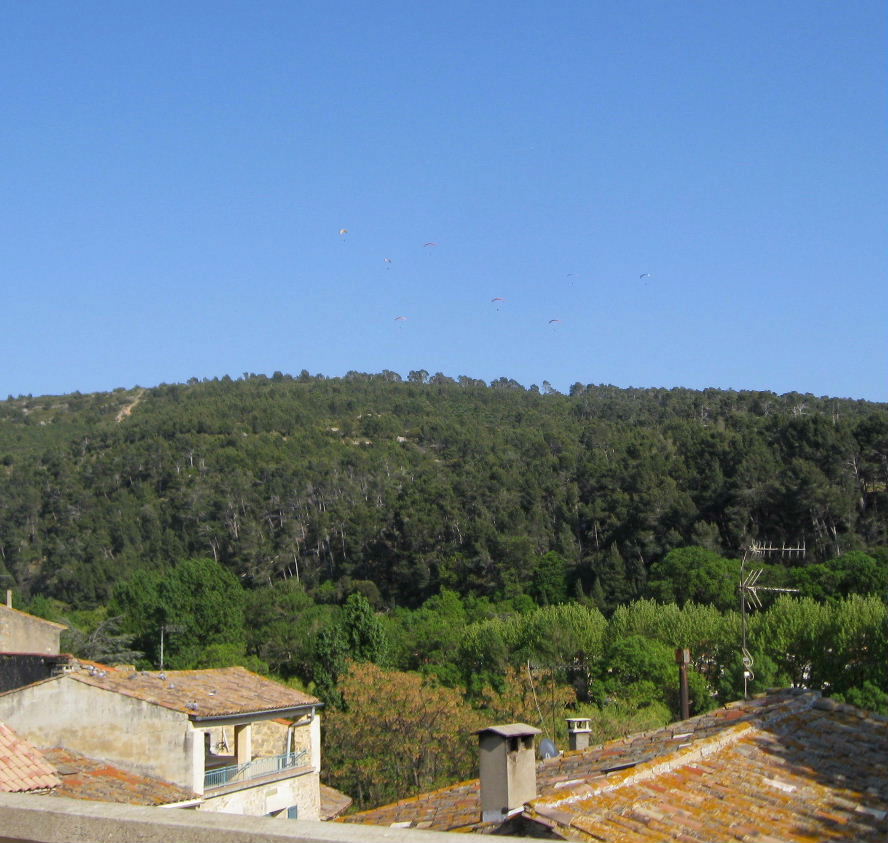 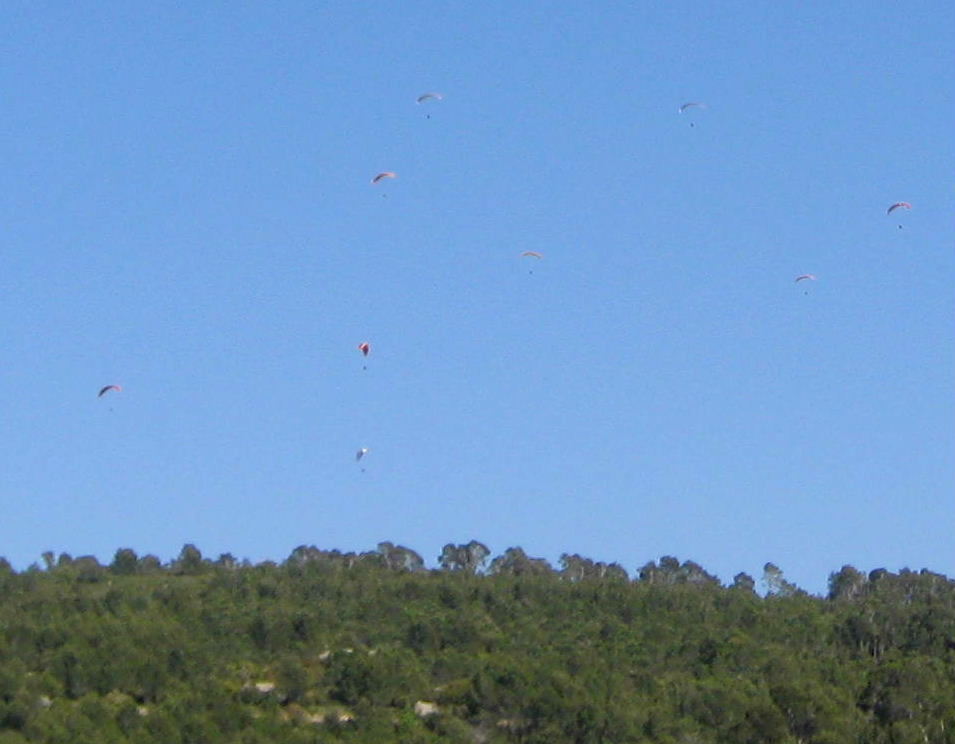 And flowers from my courtyard, taken over the last couple of weeks: 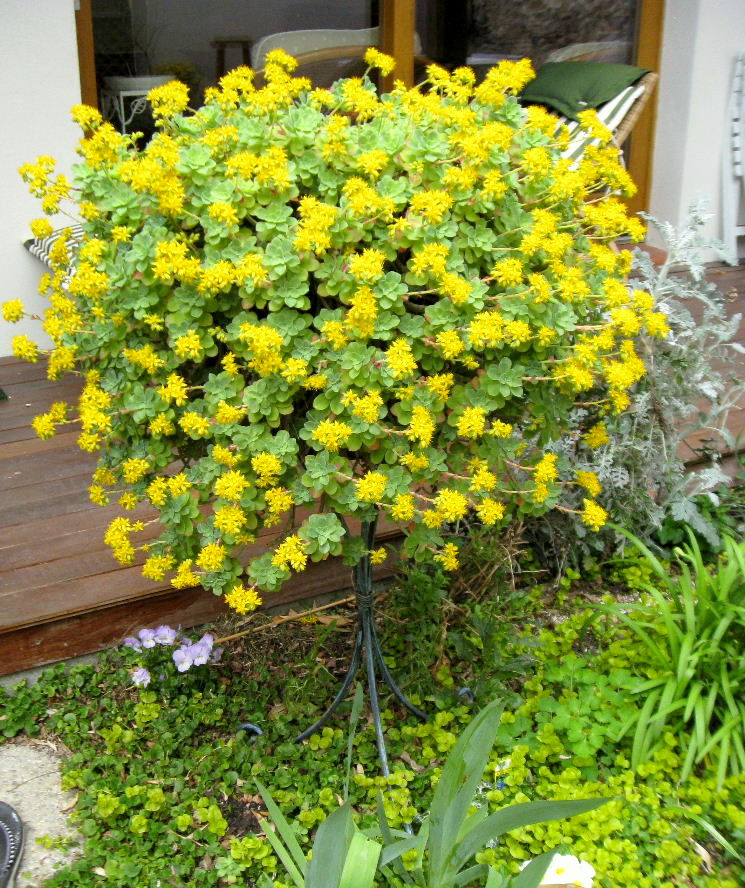 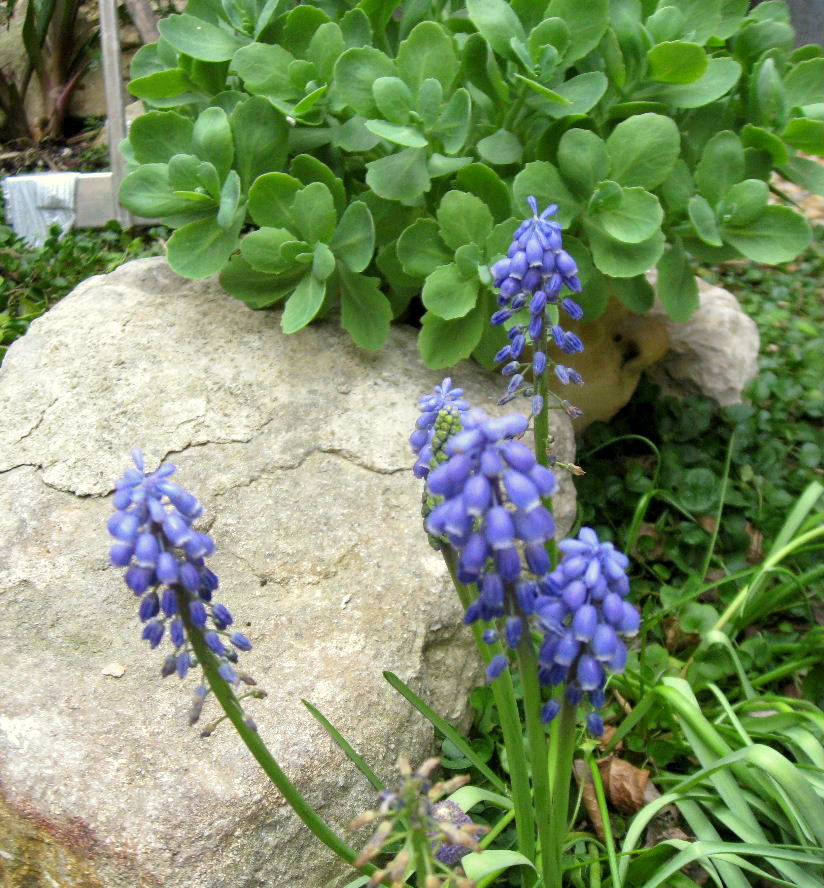 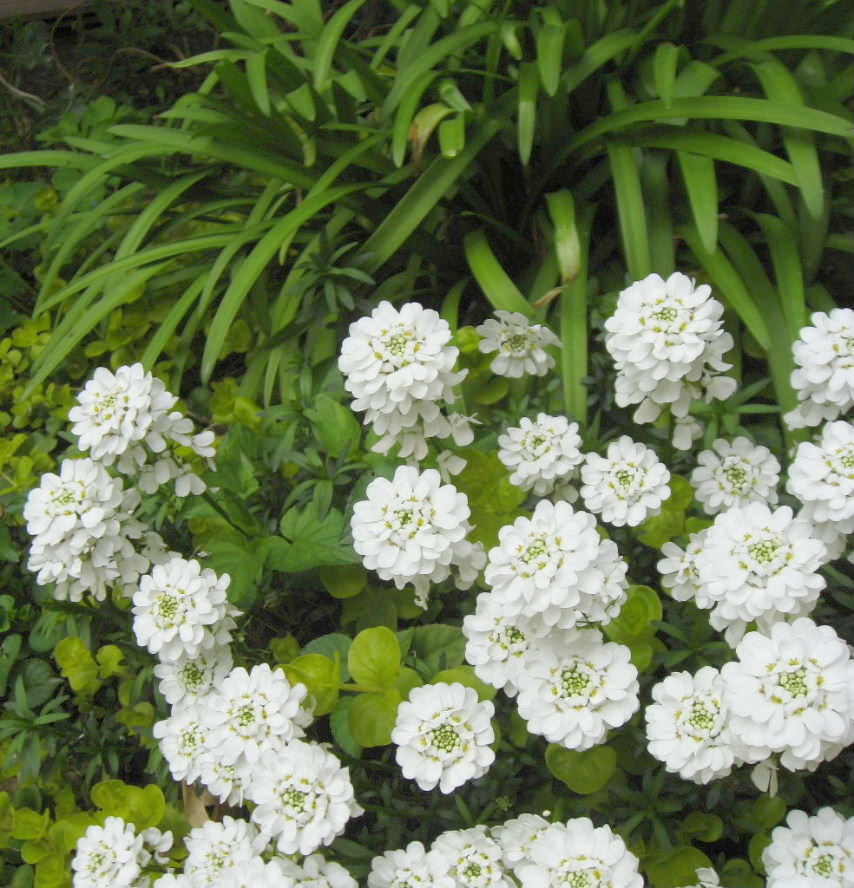 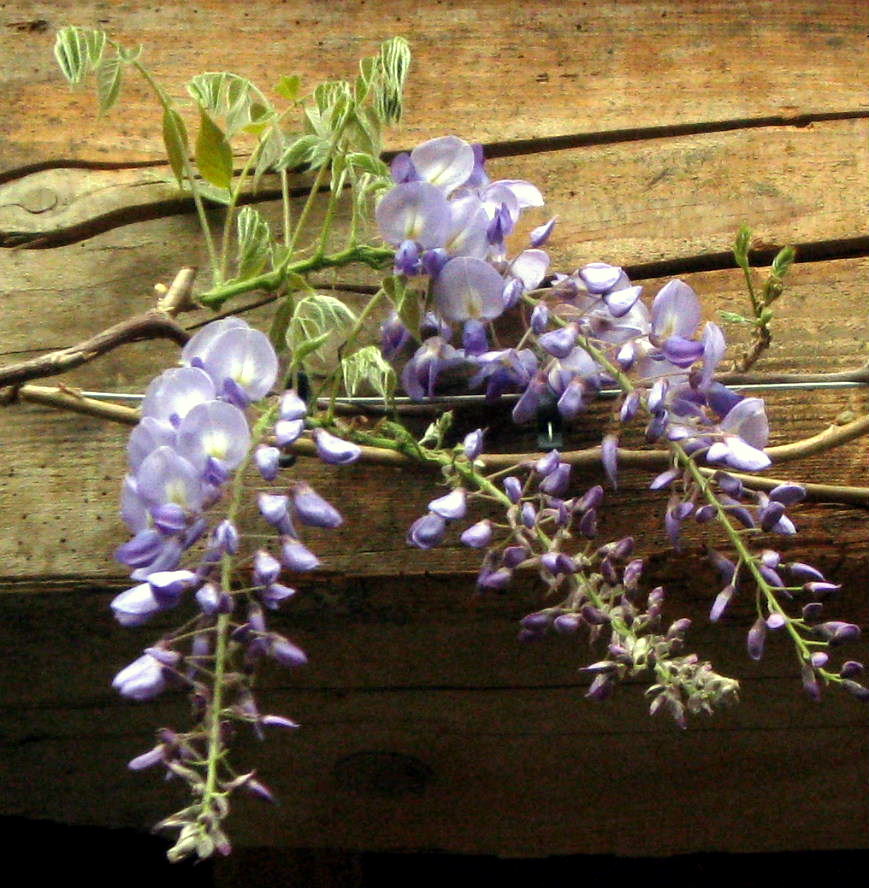 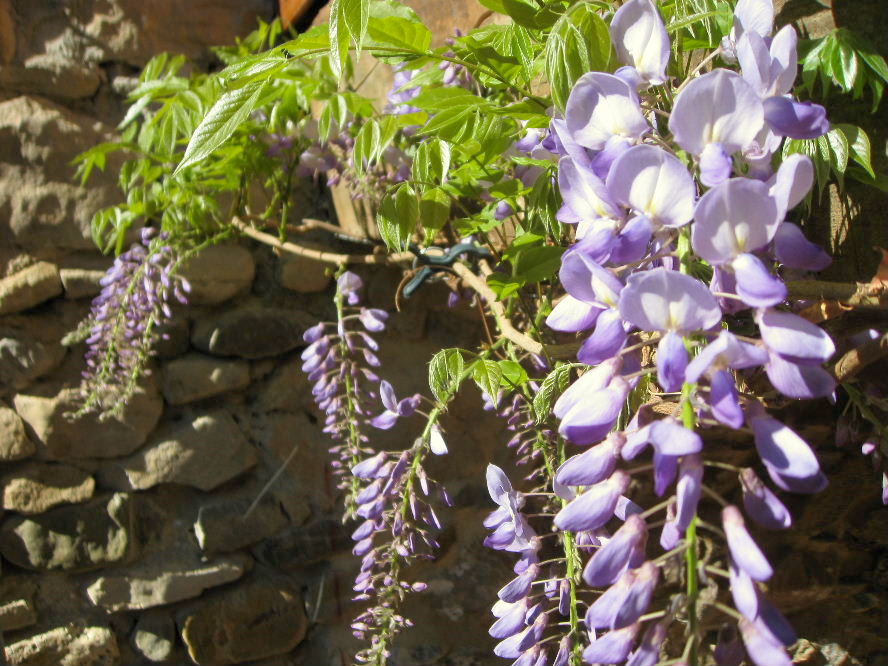 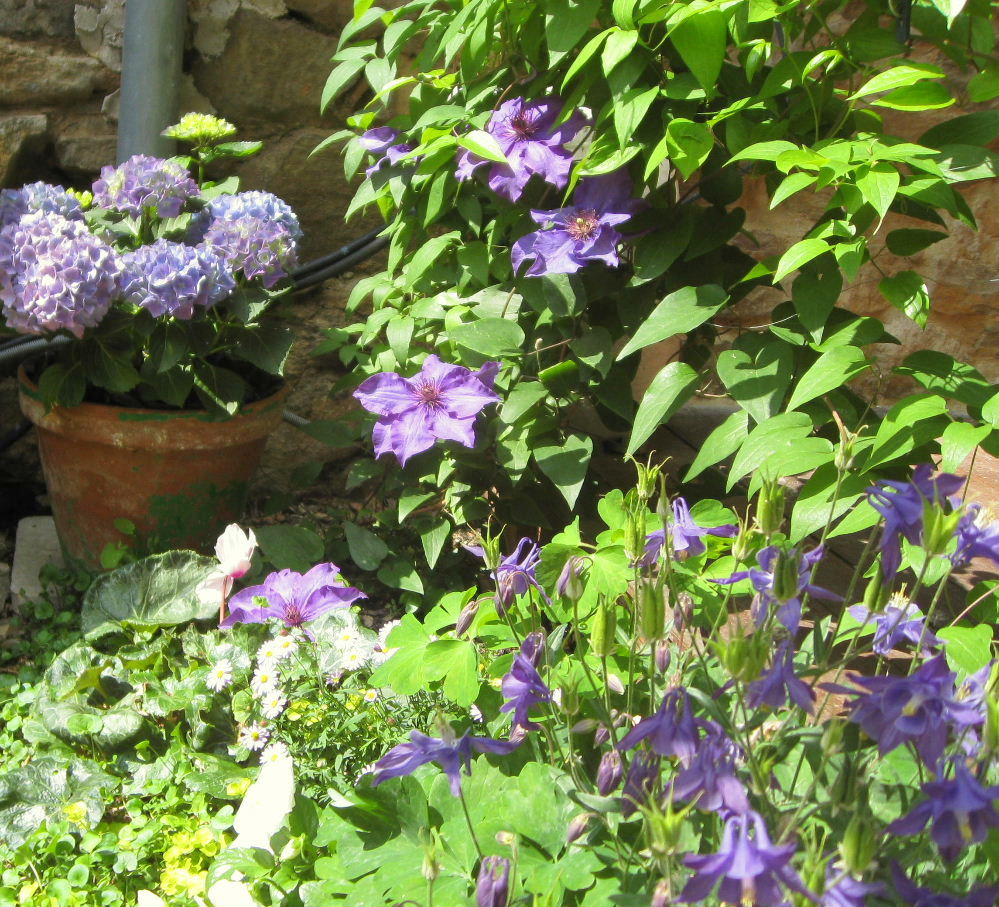 I think my preference for purple and white flowers is coming through somewhat...

Now, if only I could get my soup-green fish pond back to its usual clear state, ‘all would be well in the garden’. 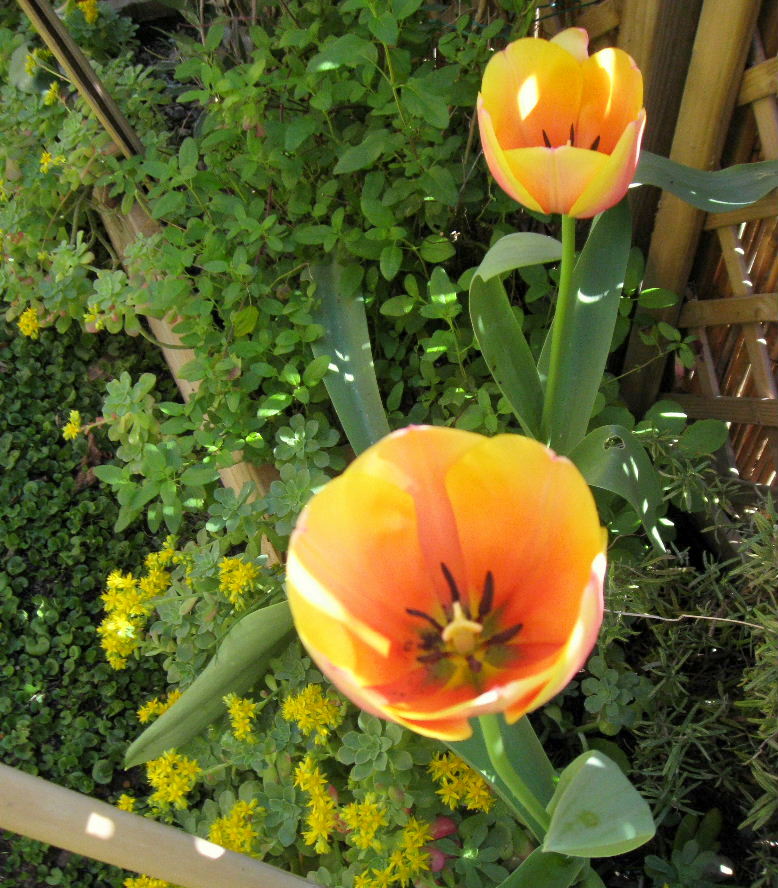 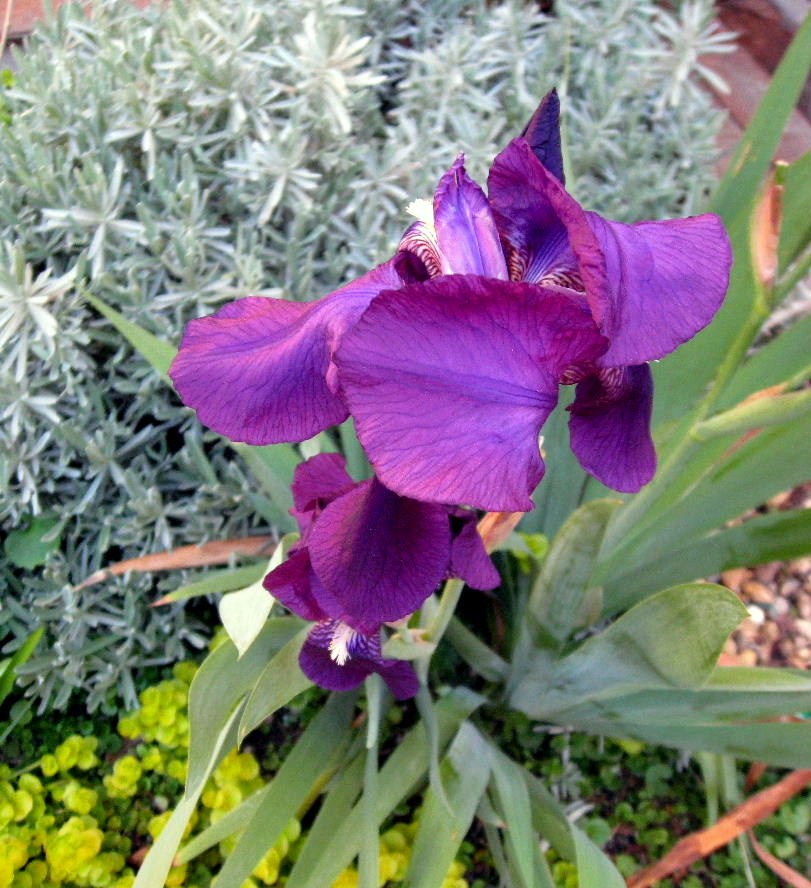 Two walks over the last few weeks at new locations – one at Mailhac, only a few kms from Bize, and the other down on the coast near Fleury and St Pierre sur Mer.

At Mailhac, it was a walk starting at the village itself and up a hill where there are remains of a late bronze-age settlement - the Lou Cayla – not yet fully excavated and currently off-limits. But further on, there is the Boun Marcou dolmen. 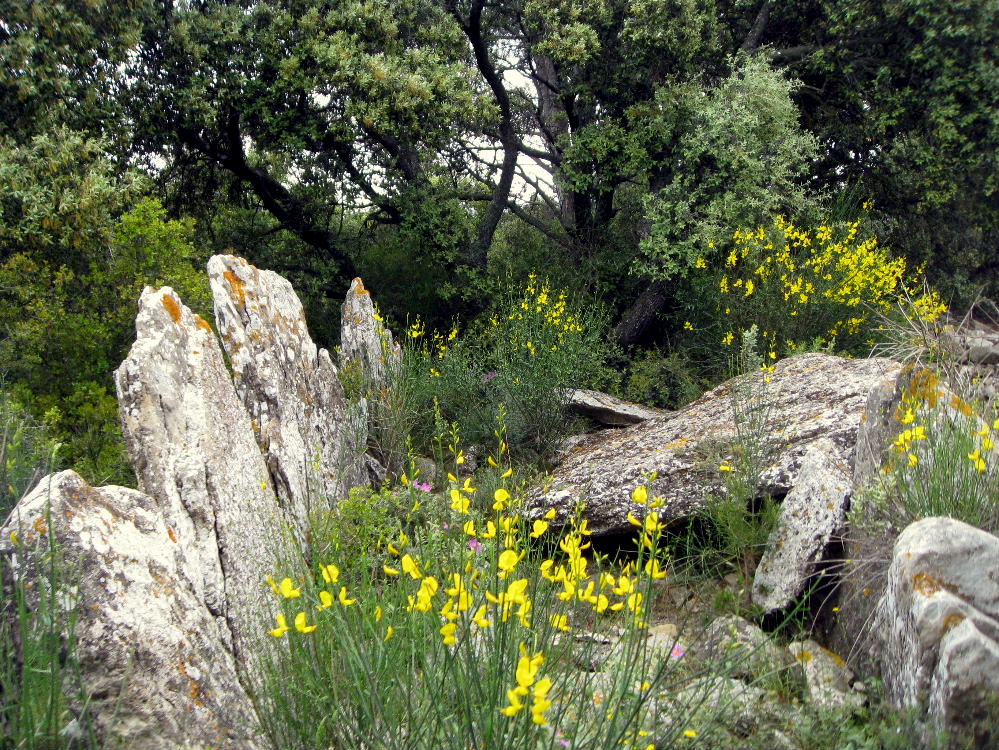 And then there was the long walk (3 hours/new-ish walking shoes/blisters!) between Fleury and St Pierre sur Mer where the Gouffre de l'oeil doux can be found.

L'oeil doux is a deep water-filled hole in the ground – the result of a limestone collapse.

The walk started off through lovely pines, and then later over scrubland where the wildflowers – including wild lavender – were just lovely.

Well, why didn’t I take more photos? I think I was too busy whinging about my sore feet. But I did take some of the L'oeil doux itself. 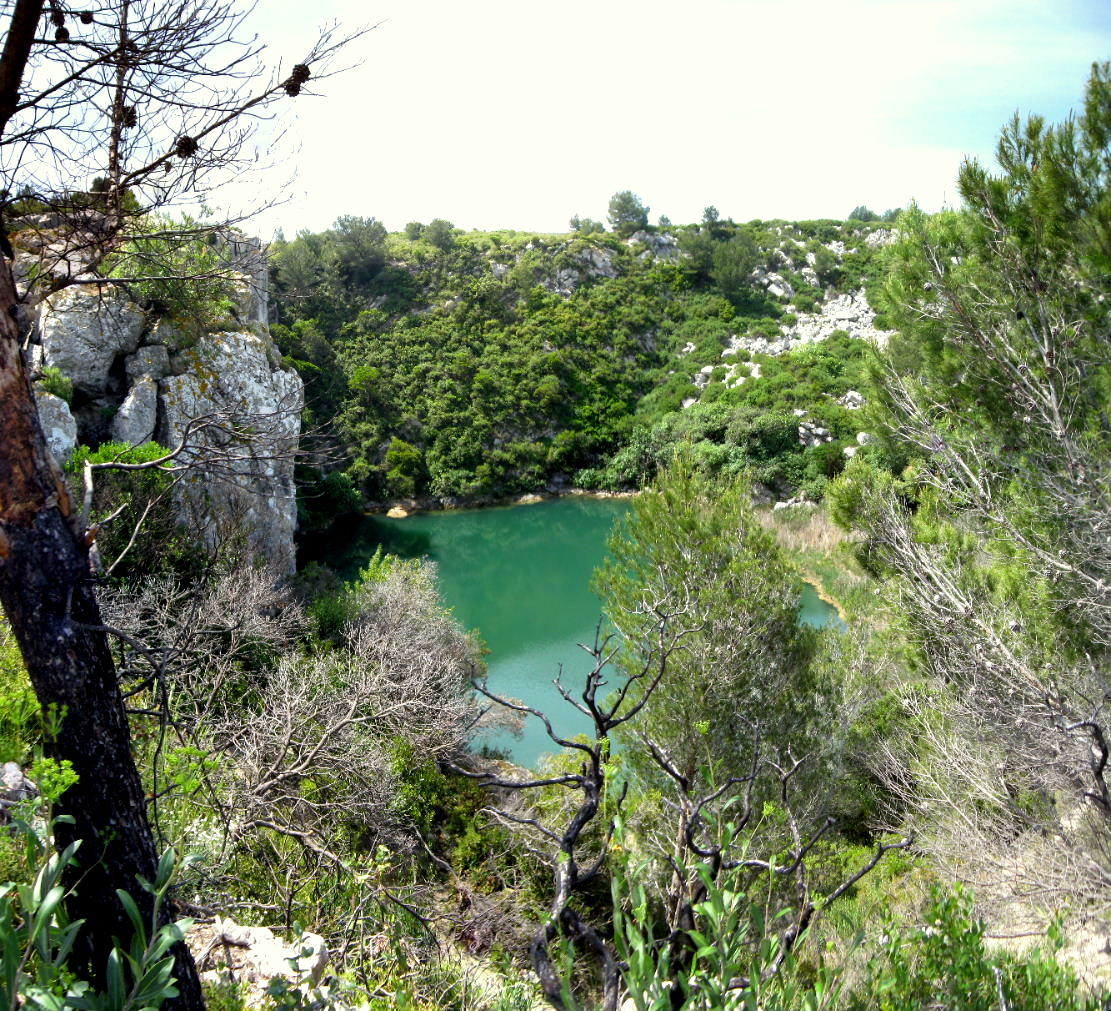 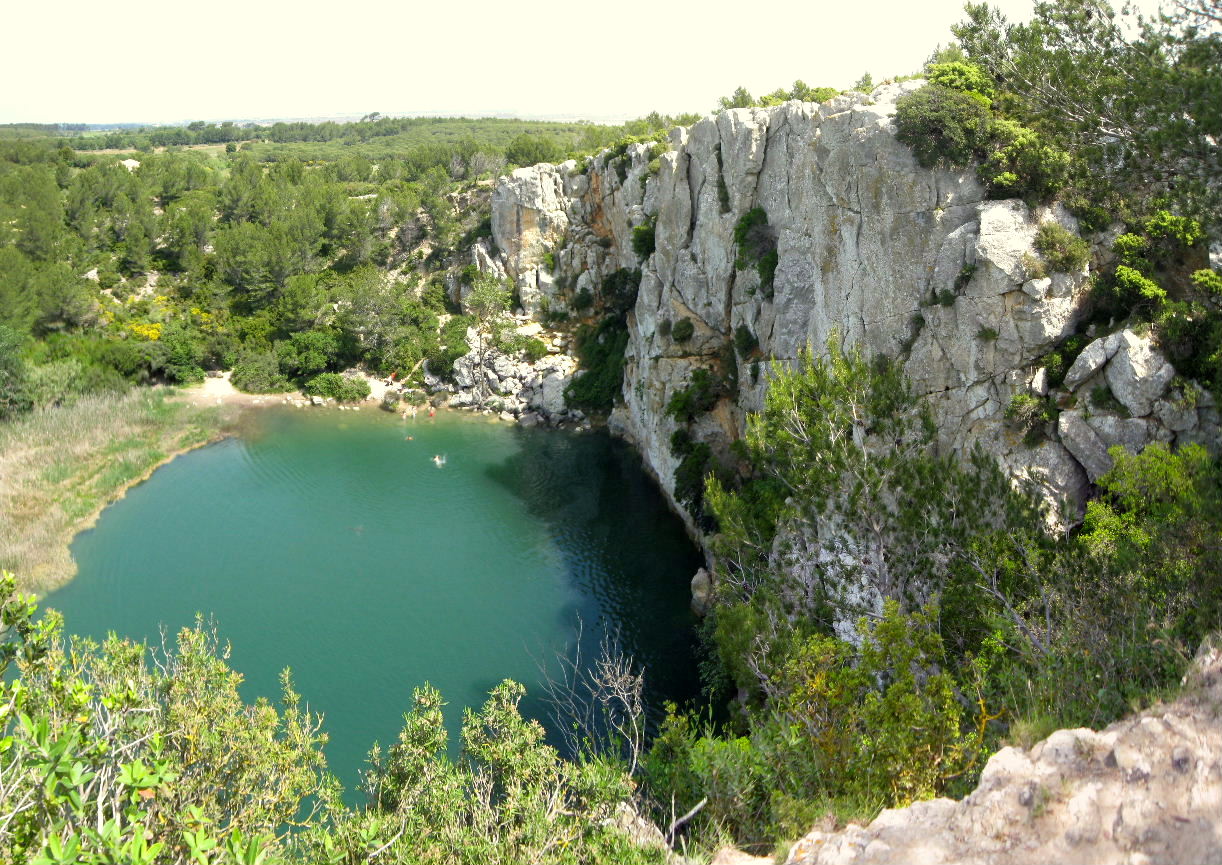 And here are a couple of Google Earth shots – showing it close to St Pierre sur Mer (rapidly growing with new-builds) and less than one kilometre from the Mediterranean. 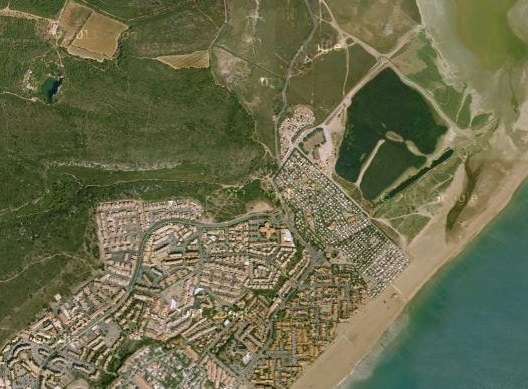 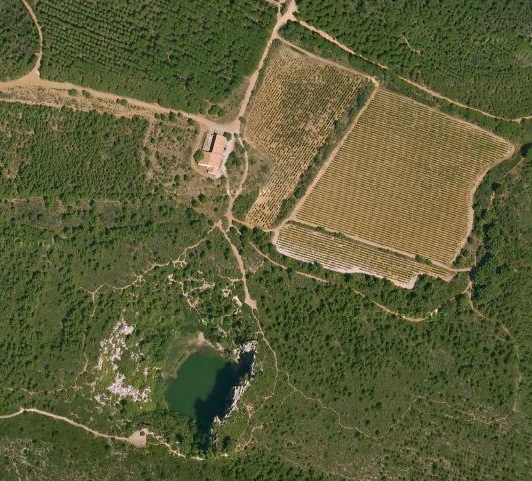 At least it wasn’t too hot and we were close enough to the sea to get a cool breeze – and of course the walk followed by the usual very convivial picnic lunch under trees. We really felt we’d earned this one.

There was a slight downside though – at the car park, three cars had had their windows broken and things had been stolen. Luckily, mine wasn't one of them. Unfortunately, one of the cars did belong to one of our group – so a bit of a dampener after a lovely morning.

Though the ever-cheerful Pierre took it in his stride. Before heading home to deal with what needed to be done to sort the damage to the car, stolen wallet, mobile phone etc., there was the all-important lunch to be had first.

Love the beautiful pictures of Spring greenery and flowers. Feels like being there.