About 3 weeks ago, I had friends Alan and Nicky (from Perth) staying with me for a week. 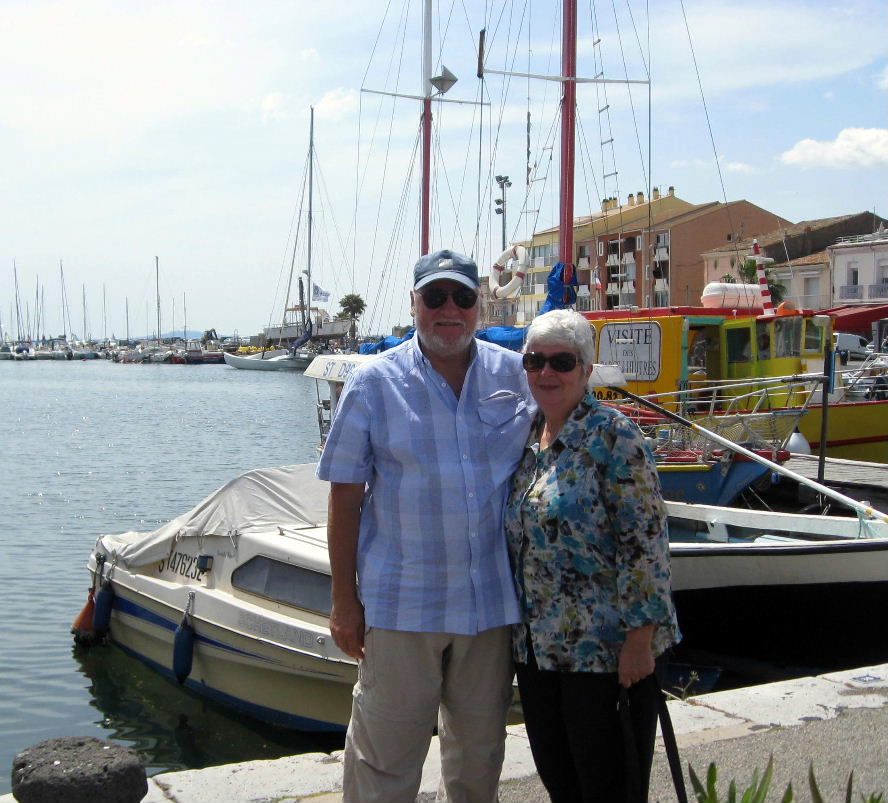 They’re regular visitors to France and over the last five or so years have rented the same place in the little village of Francescas in the Lot-et-Garonne (very roughly about half way between Bordeaux and Toulouse).

So on their arrival in France, they headed straight to Bize for the first week of their break to have a look around my little patch. It was – and no surprises here – a very social and convivial time, with a bit of sight-seeing thrown in. 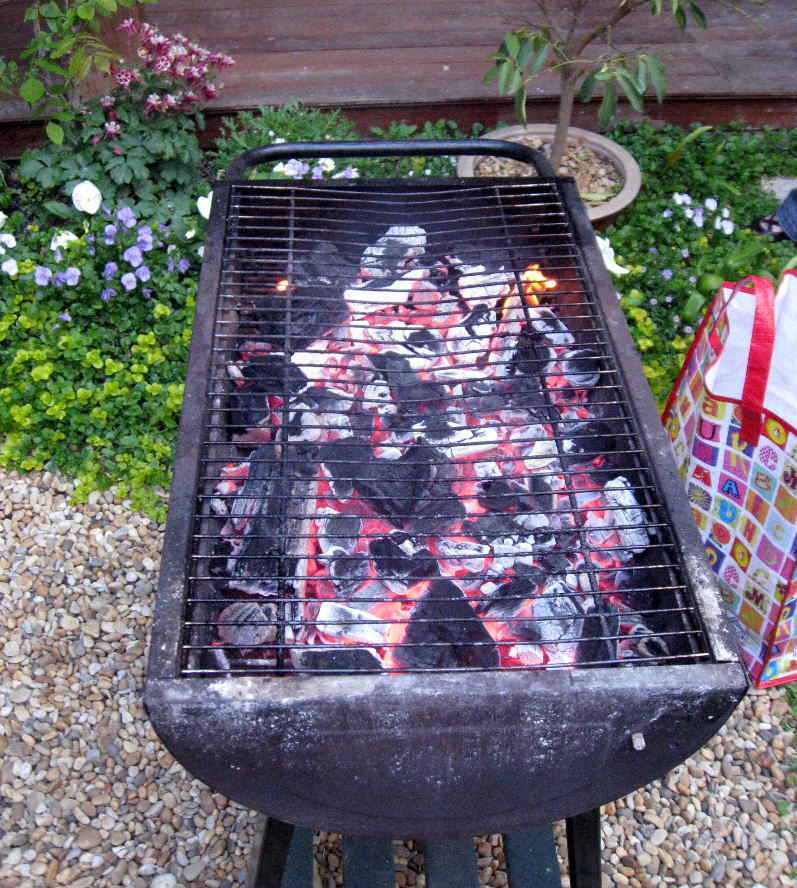 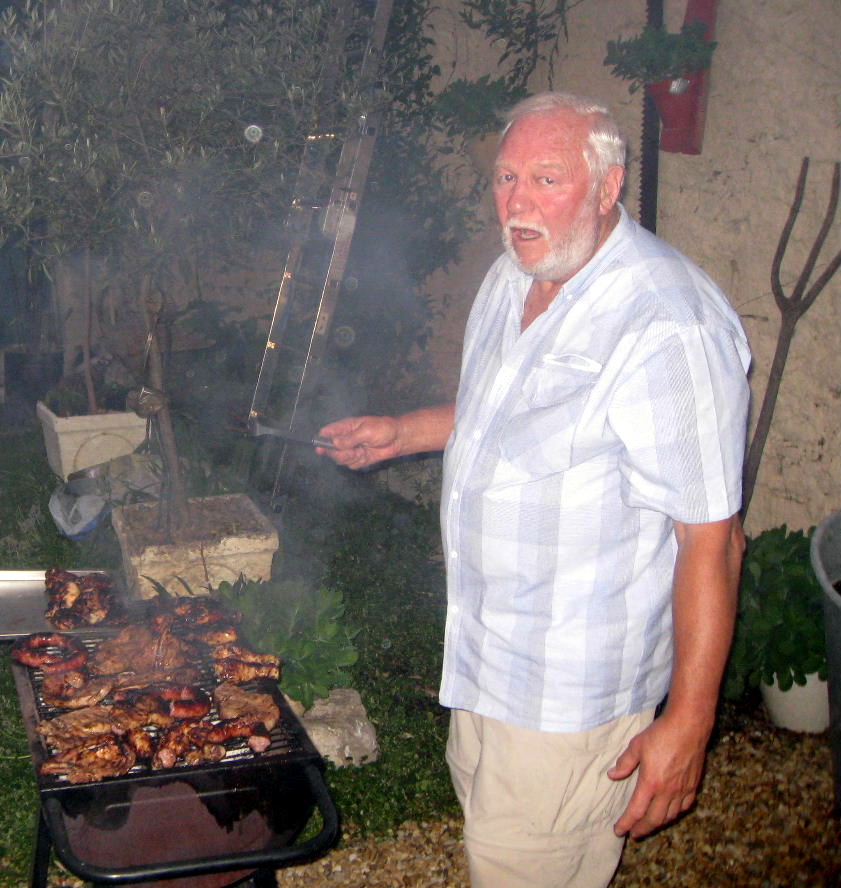 And why have I included a photo of the BBQ? Well because it's probably the best one I've had going since I got here. 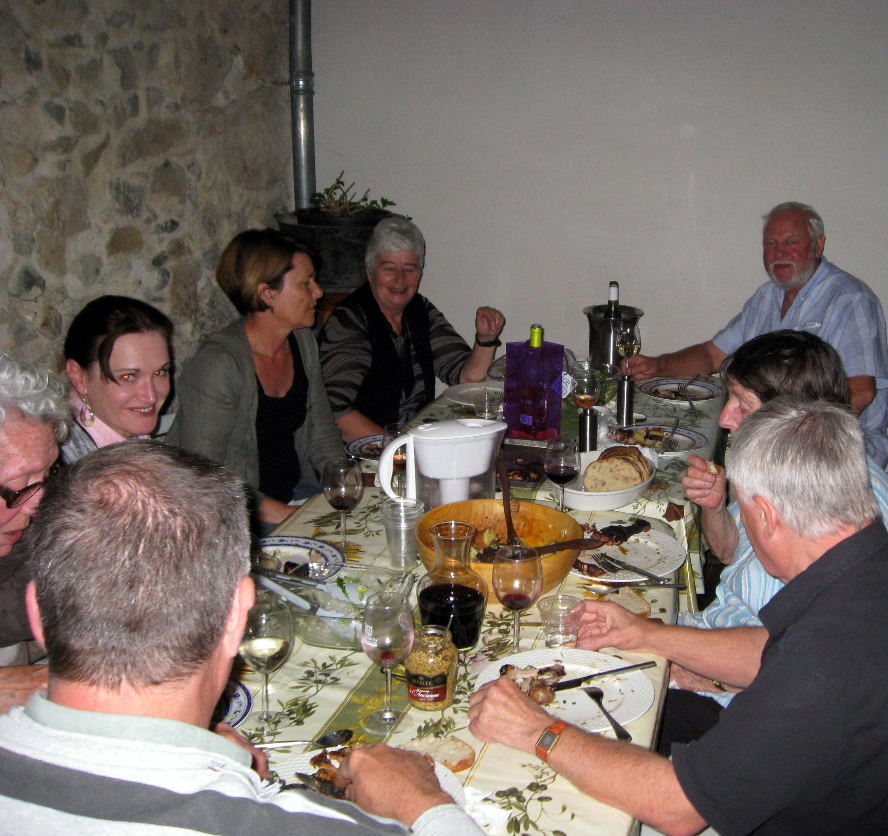 Before France, I'd only ever done wood-fired barbies and have had a few hits and misses with different types of fuel here -  not getting it started, not enough charcoal, etc.

Probably the worst one was the when I fired up with compressed coal (damned difficult to get going, I might add) that I'd found in a bag in the barn - left here by previous owners. It was only when a guest turned up and asked what the strange smell was that I realised something was amiss. 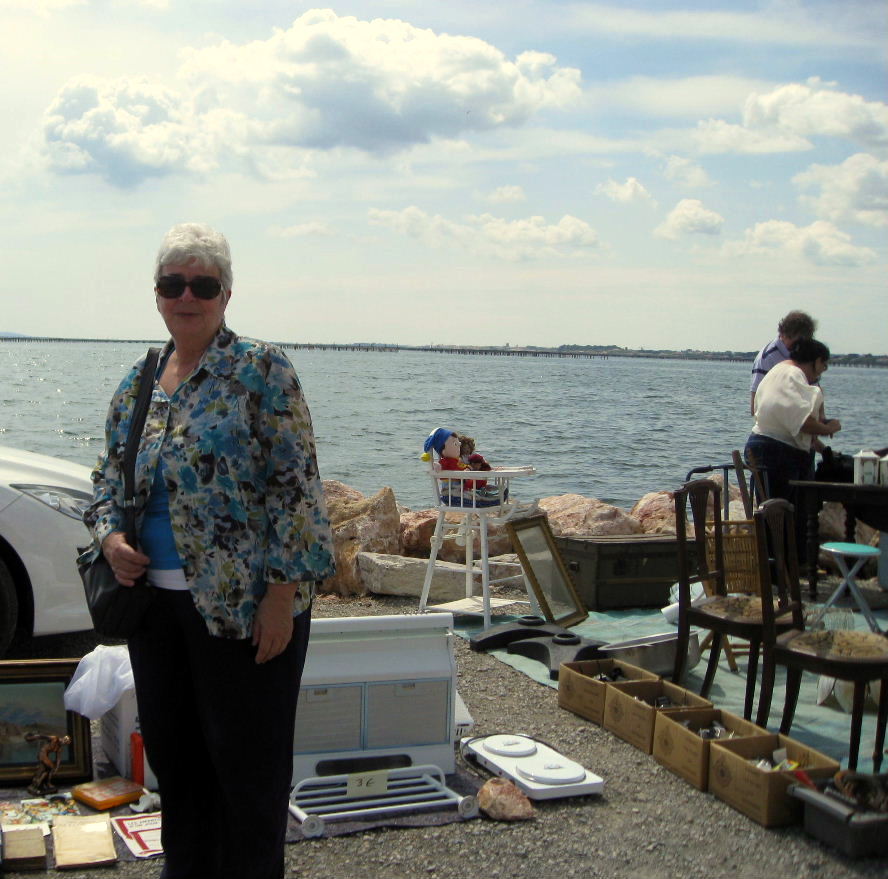 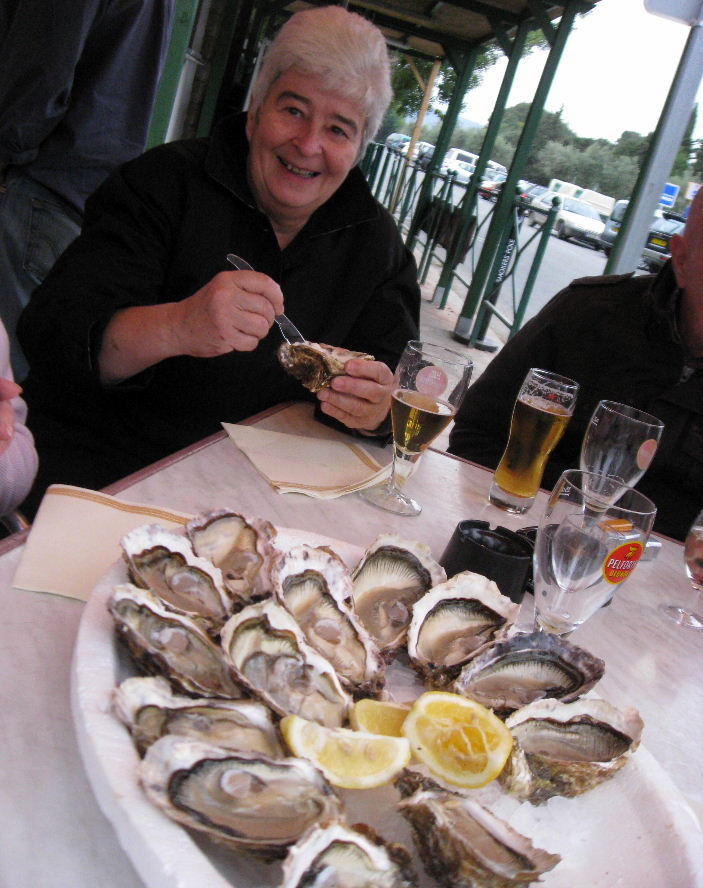 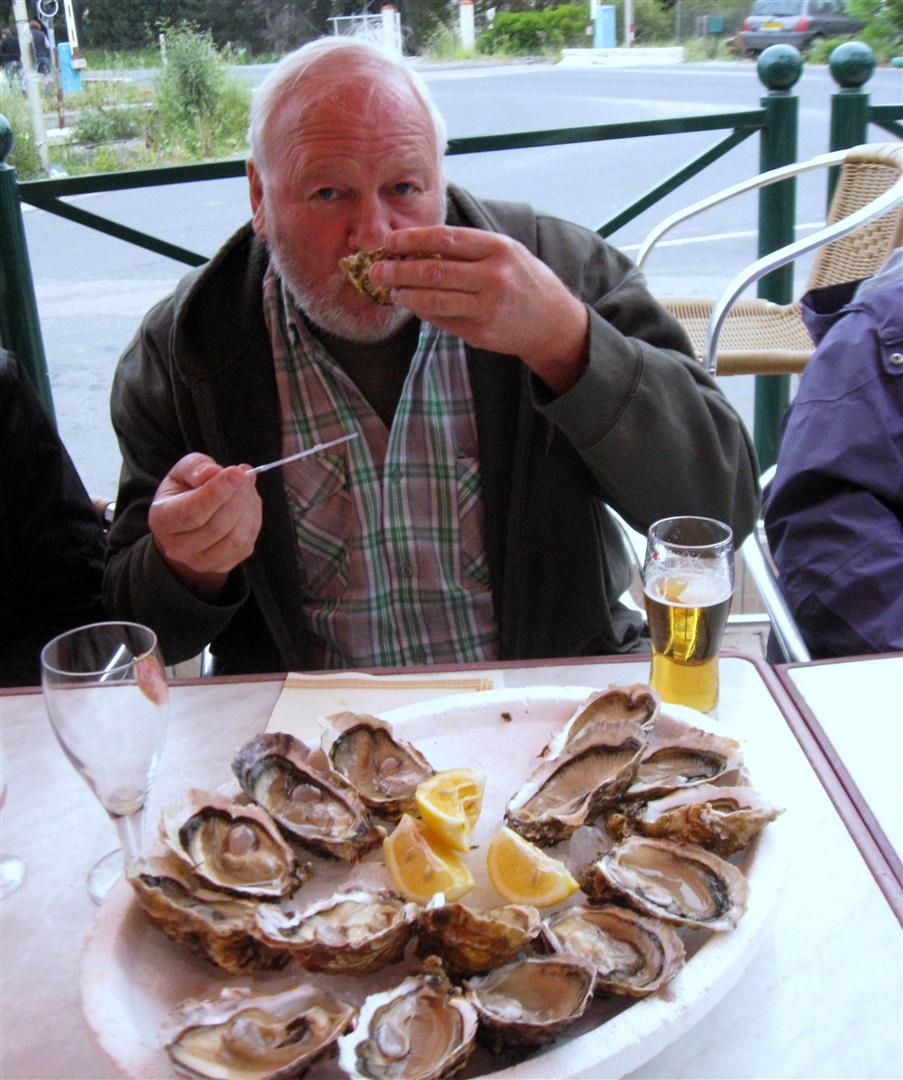 Last weekend, I headed up the motorway to spend a few days in a different part of the country - with Nicky and Alan at their gite. 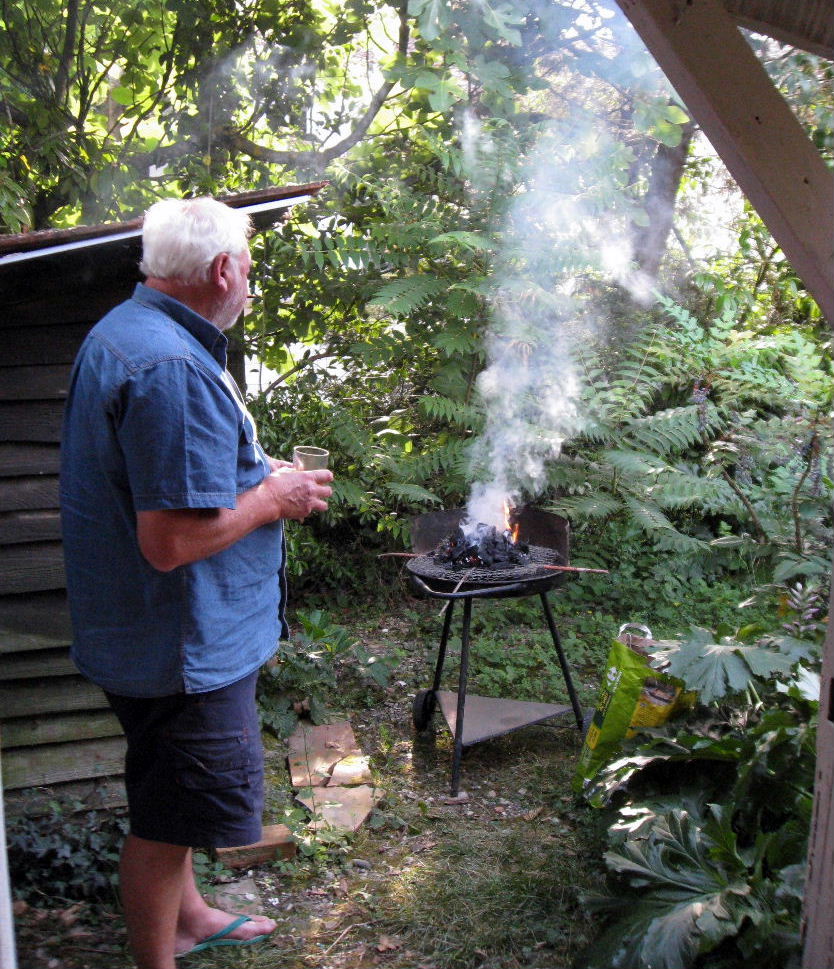 And it’s quite different than this region and very pretty - the home of Armagnac. Rolling hills, more trees, many different types of crops and a few vineyards - and not surprisingly, some gorgeous villages.

Francescas is a pretty bastide village – and located in the heart of the village is the Musée de la Boite Ancienne en Fer Blanc or Museum of Old Tins.

France certainly has some quirky little museums (we have our own Museum of the Hat near Bize), and they’re usually great fun to visit. Nicky said they’d never been lucky with the opening times, so have yet to visit it.

And given it was early evening when we passed by, we only got to look through the windows. It is housed in a rather beautiful half-timbered building. 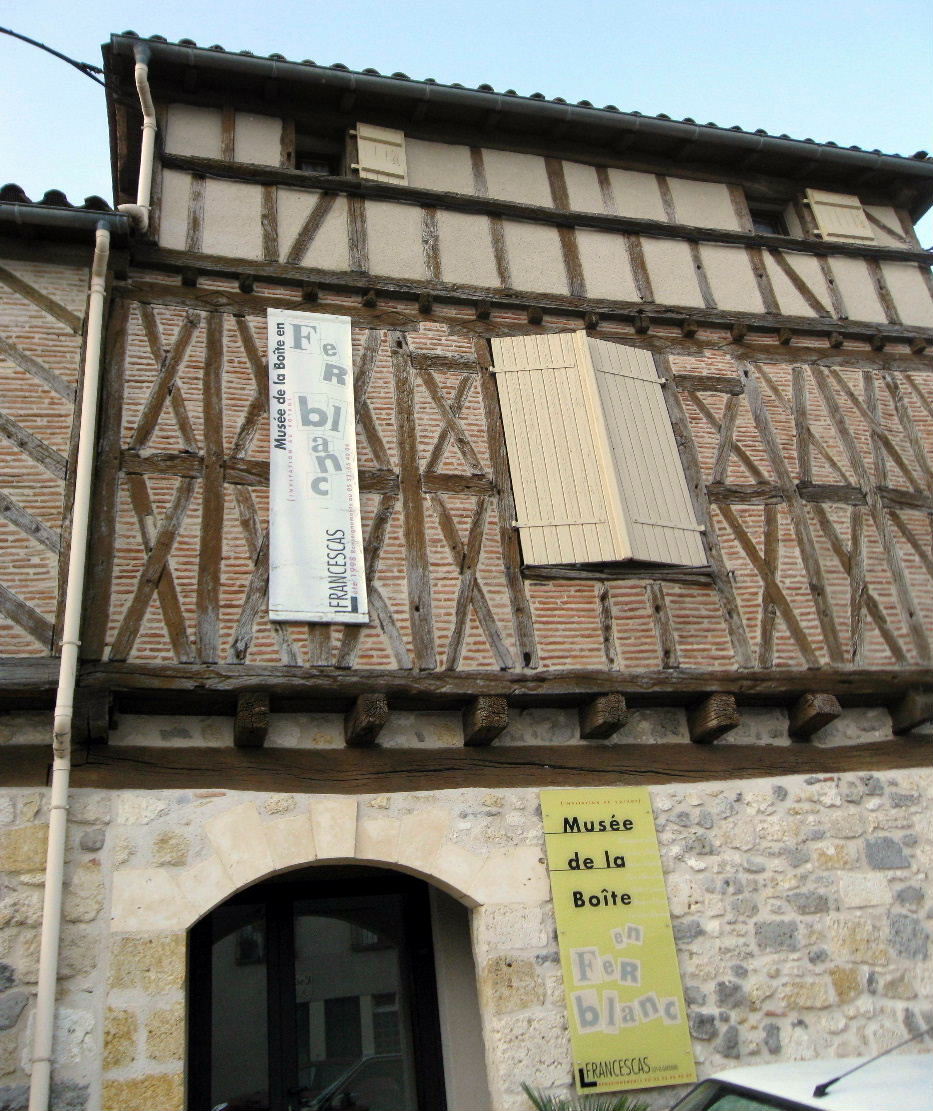 In fact, many villages in the region feature timbered buildings. 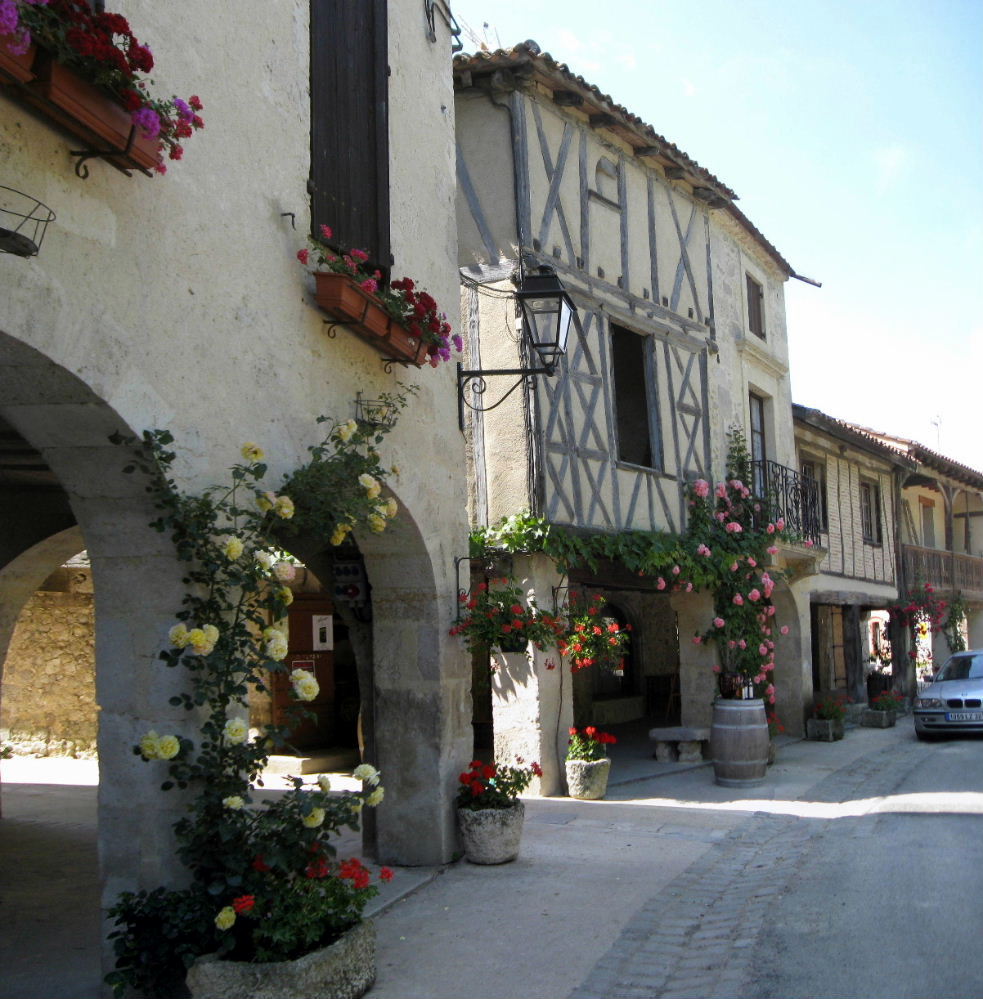 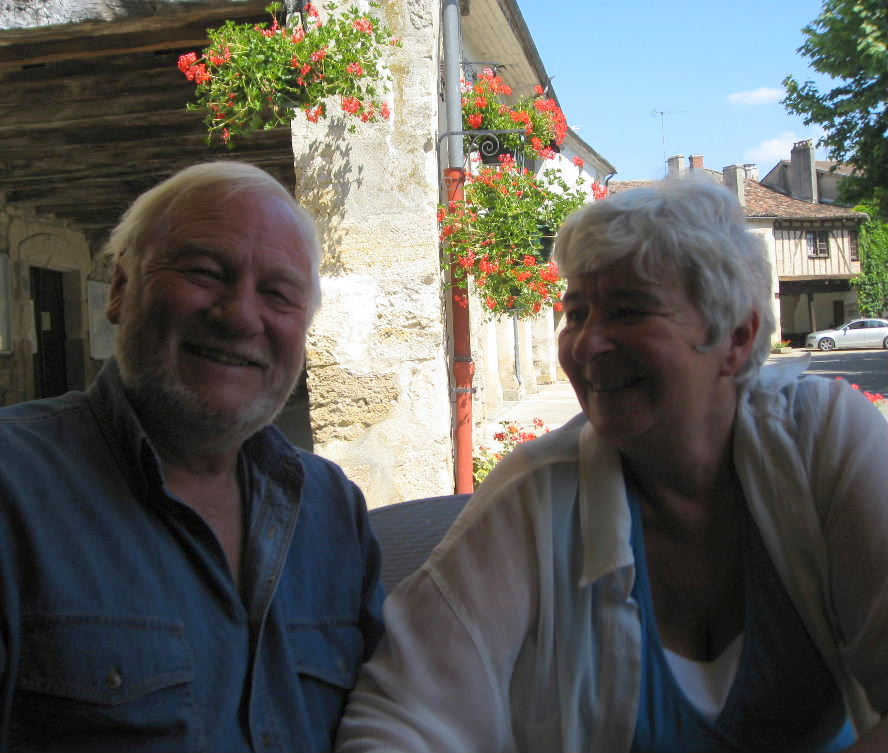 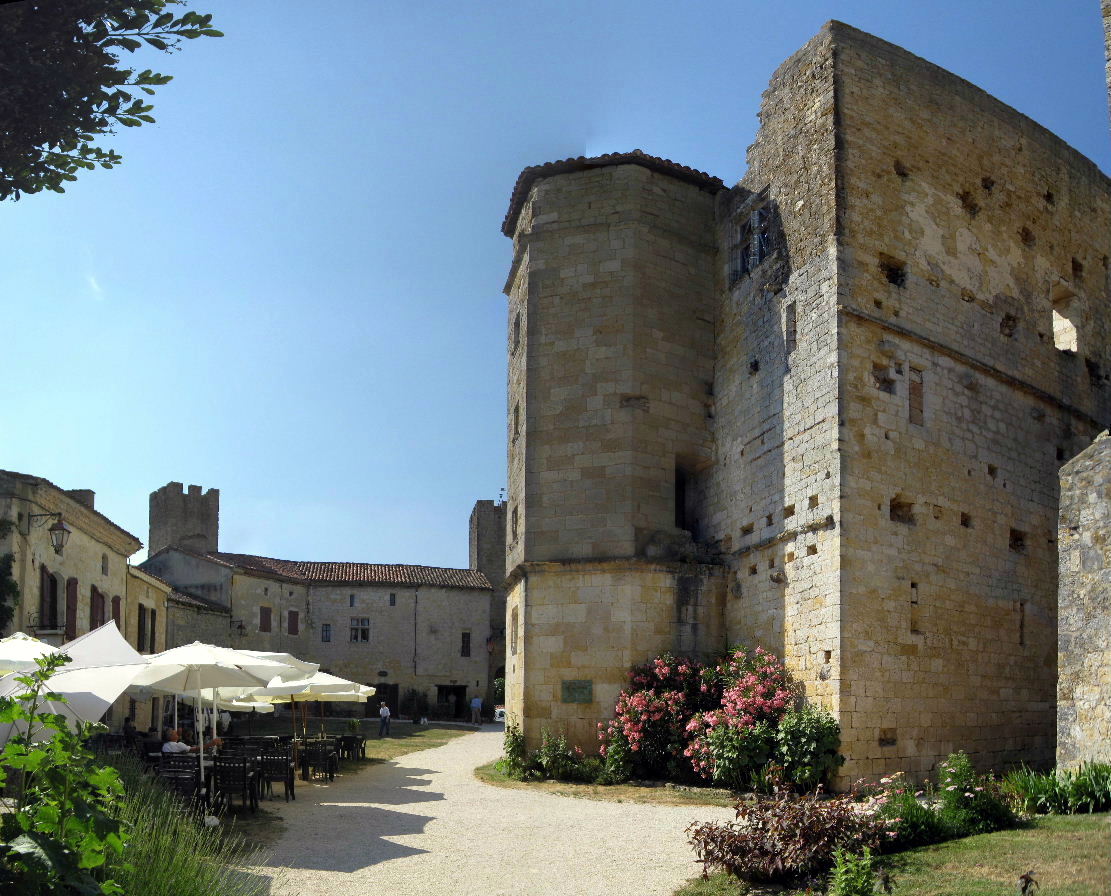 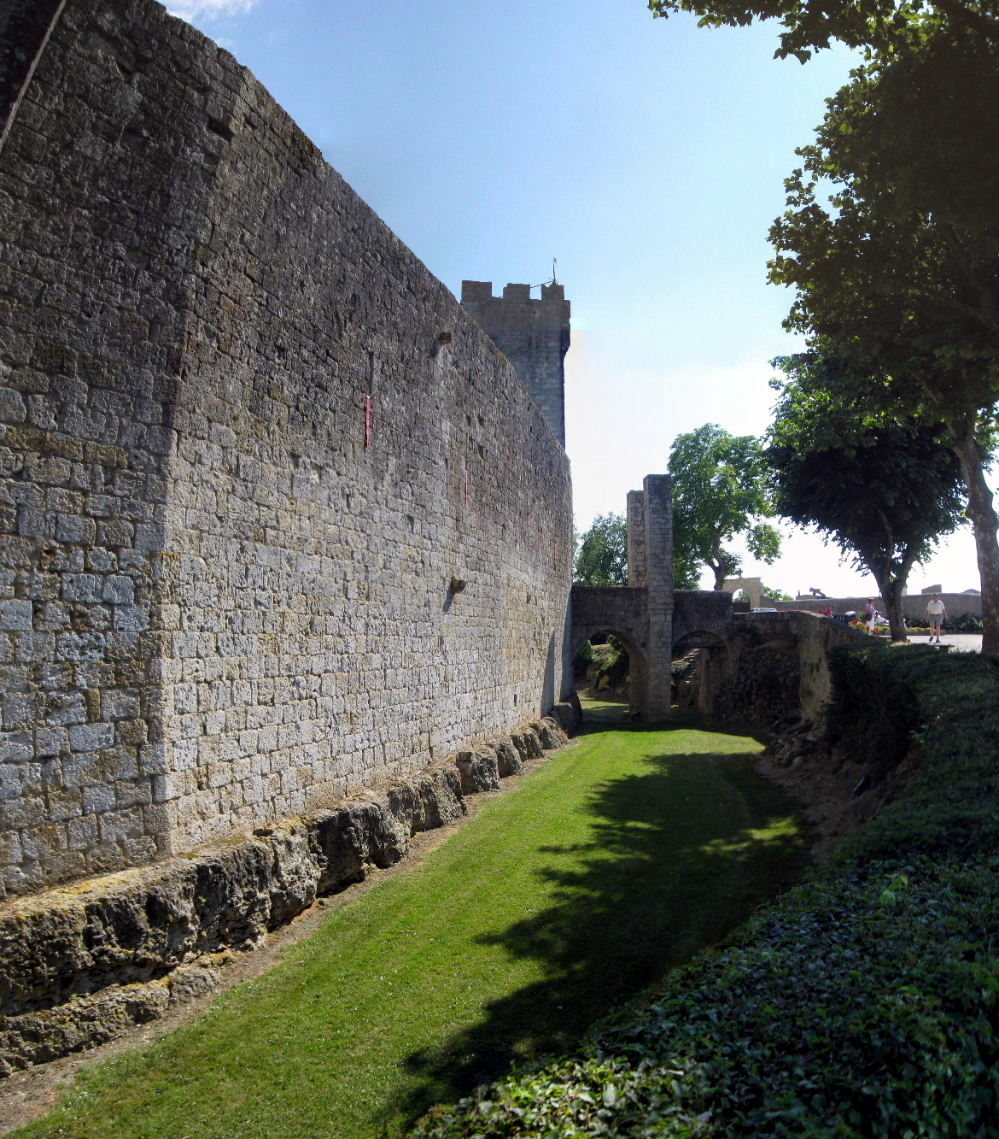 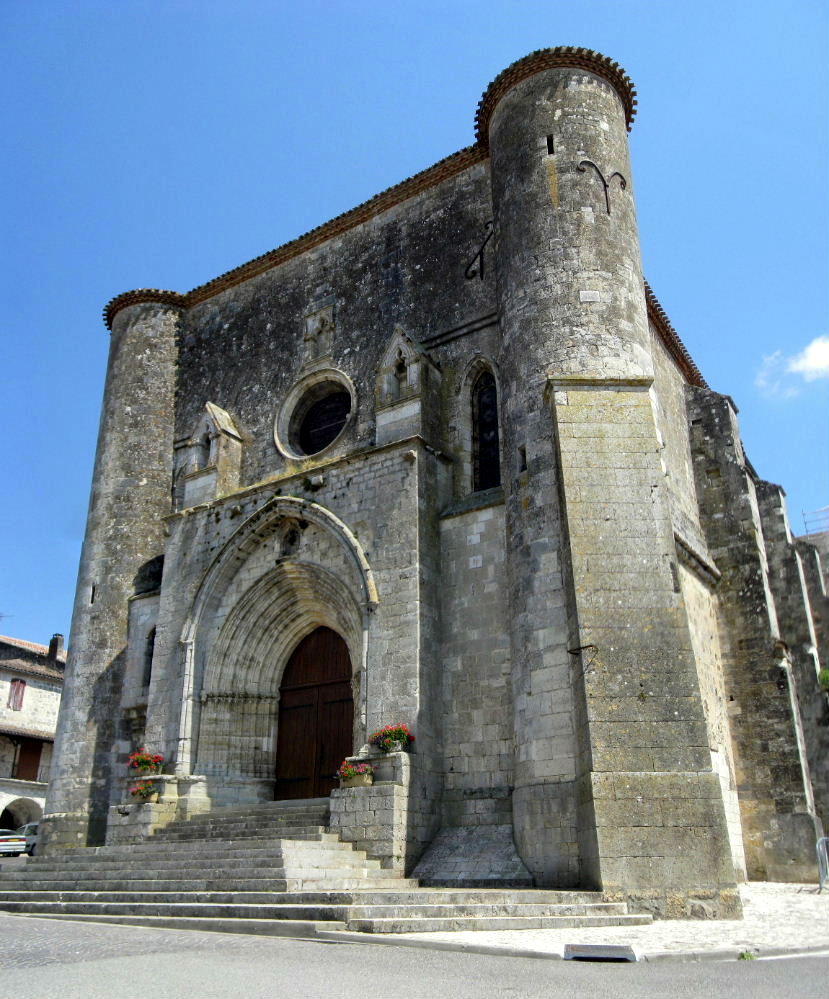 The church in Mezin

Sunday was market day in Nerac: 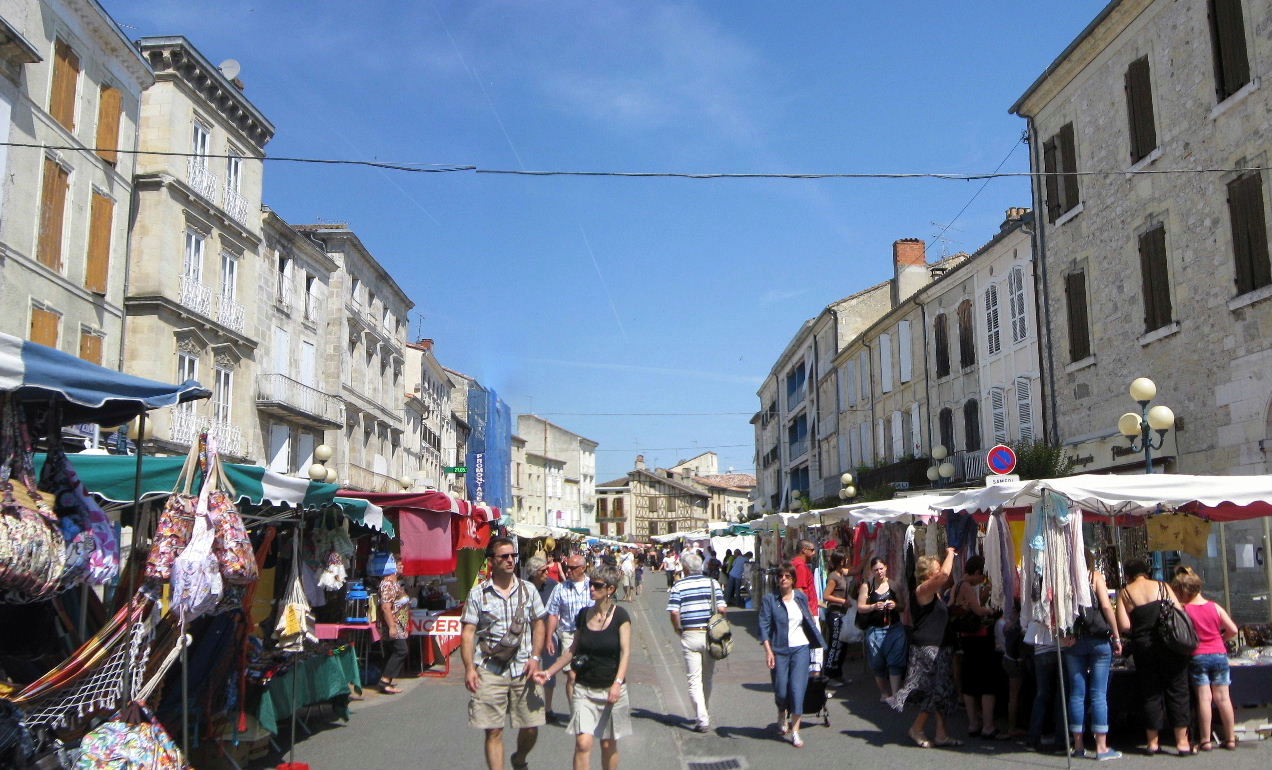 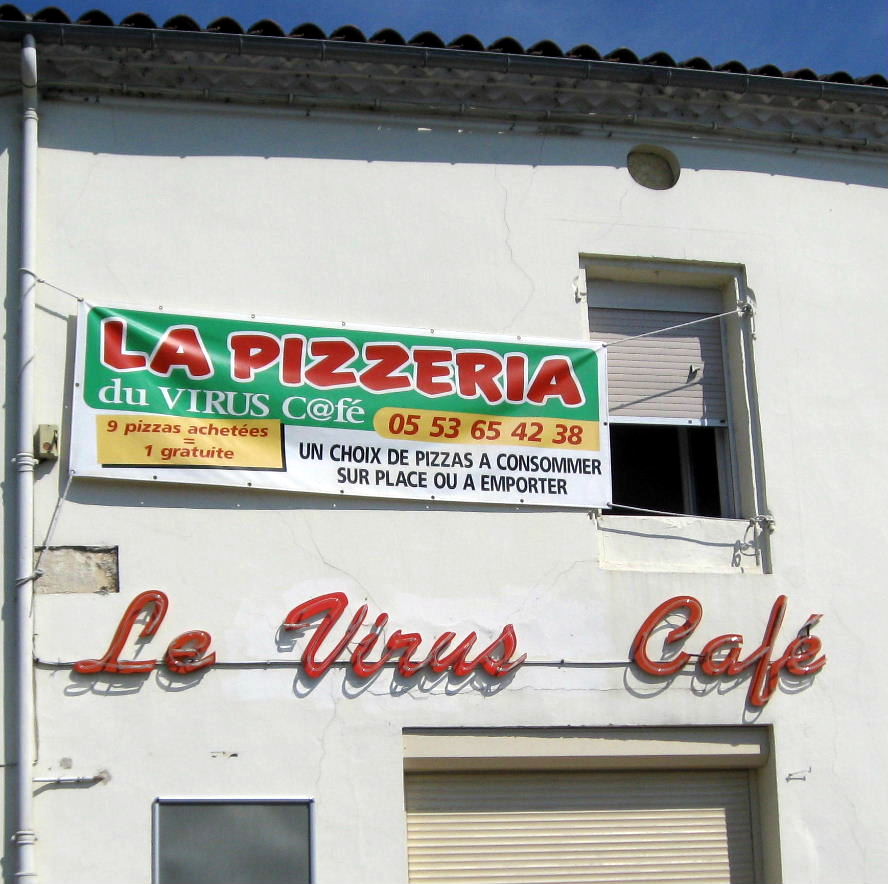 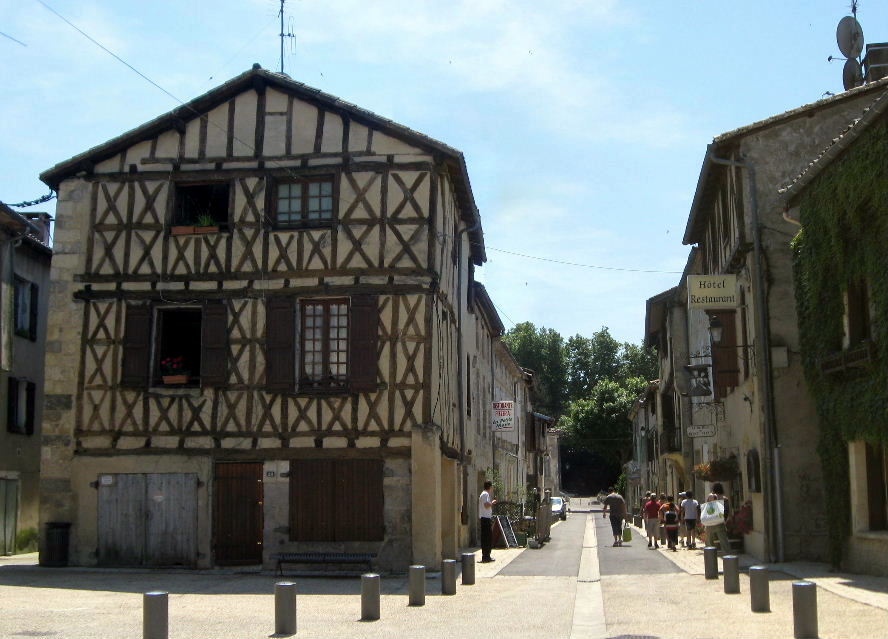 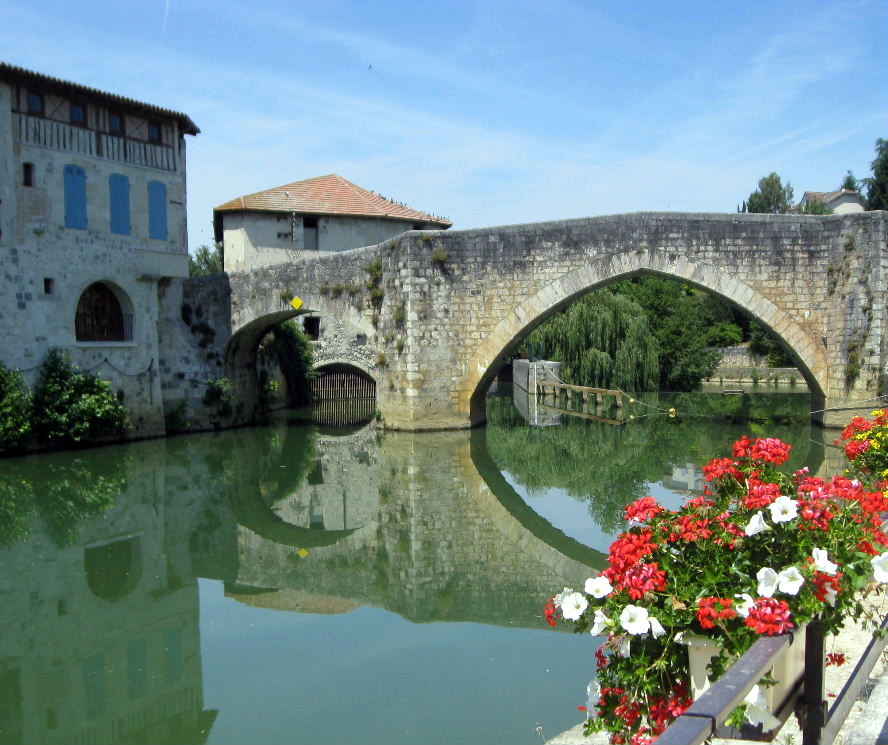 And for lunch, we visited friends of Nicky and Alan (Australians, also from Perth) who bought this amazing building - dated back to the early 1600s - on the edge of the River Baise. 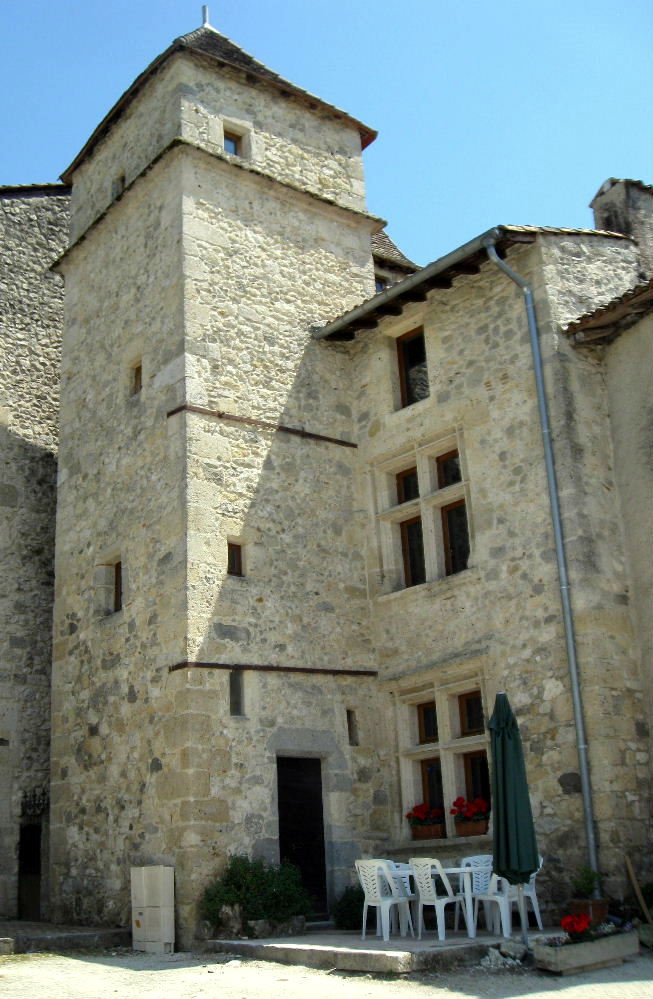 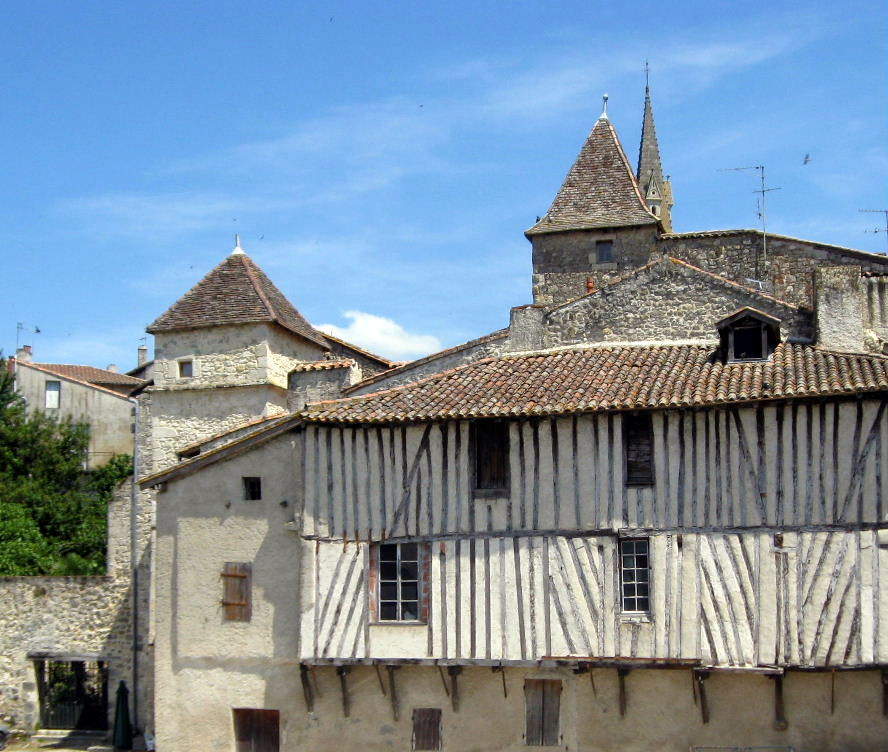 Brian said when they bought it 13 years ago, it was just a pile of stones and pigeon droppings. In fact the tower at the top is an old pigeonniere (dovecote) and it’s still intact.

When I got the grand tour of the building, I didn’t take my camera …… it was a bit of a hair-raising experience going up the restored but rail-less staircases and looking down into a void, 4 storeys deep.

There was a rope pulley hanging from the top storey which you held onto for safety, but you had to hang on to both ropes, otherwise a swift descent was a sure thing. So sadly, no photos of any of the amazing work in progress of the top three floors, nor the pigeonniere in its original state with all the nesting holes on all sides.

They’re going to leave it as it is – but of course cleaned out of all the evidence of many years of pigeons and of being open to the elements.

I did however take a photo of the grand fireplace on the ground floor which – like all the interior stonework – has been taken back to the original. 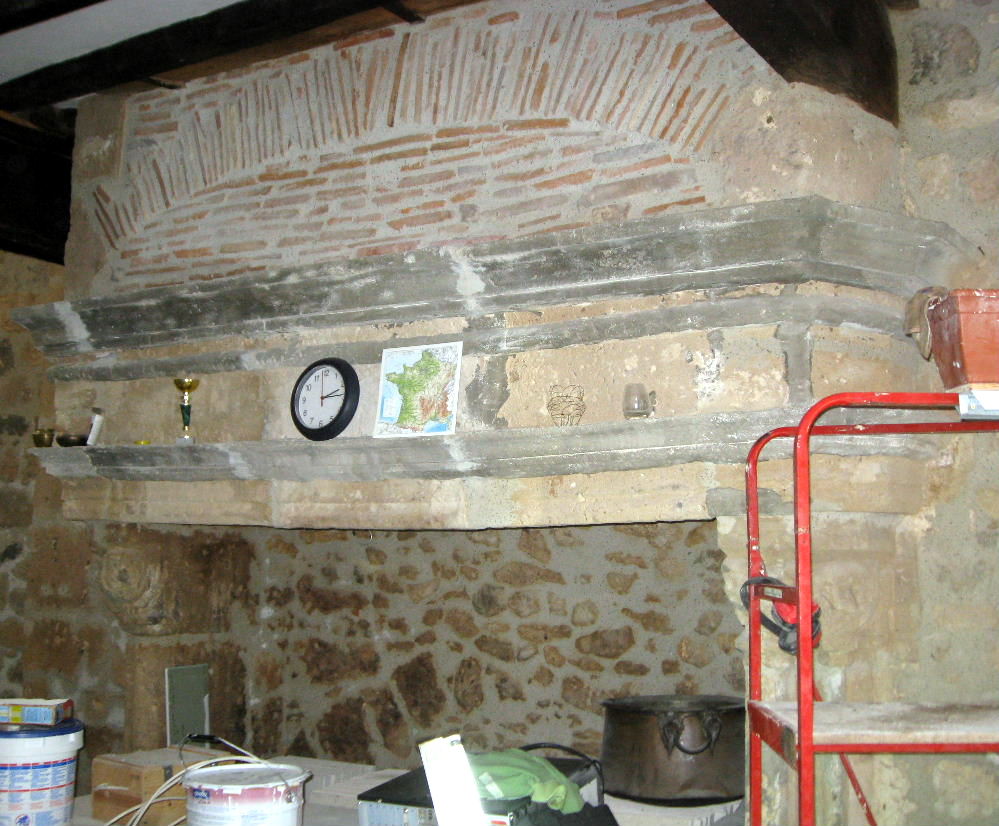 A grand project – 3 months of work every year for the last 10 years or so (the family still live in Perth) – and still a way to go. It’s on the edge of the river, overlooking old Nerac. What a magical place.

We’d called into a supermarket before our visit and bought a few bits and pieces for lunch. And very nice it was too, to sit outside and have a lunch of prawns and salad, with cherries and cheese provided by Brian.

It was here I discover my now absolute favourite cheese – Cambozola. 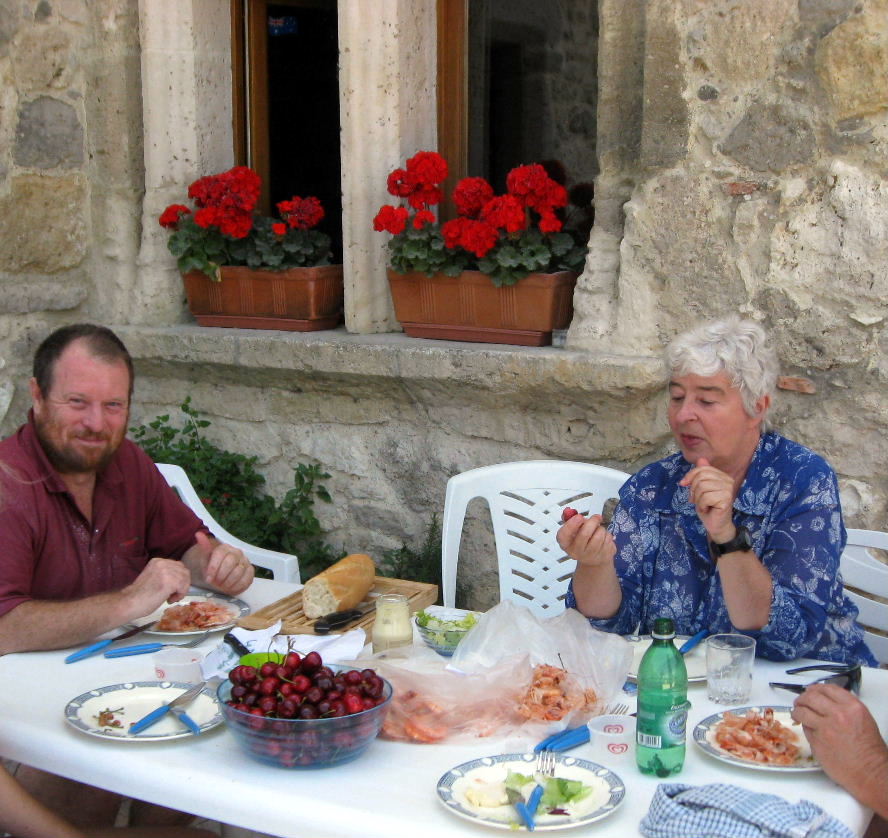 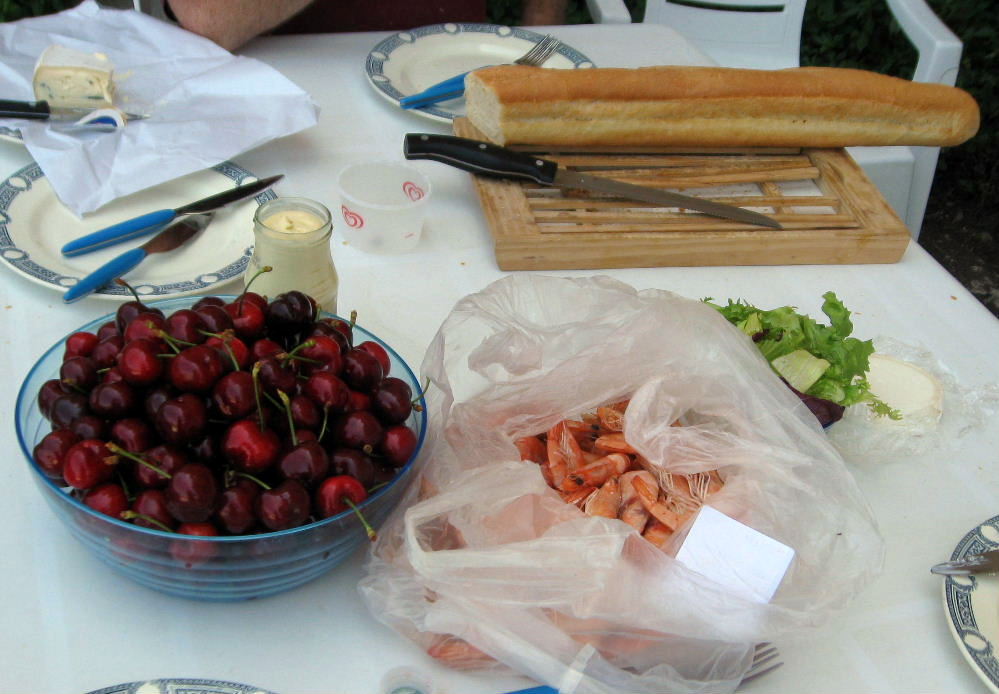