While huge parts of Europe (including most of France) have been suffering record-breaking freezing  conditions, here in this region we’ve just had the bitterly cold wind but no snow. And it’s been howling for days now, with not much relief in sight. Though we have had wonderful clear blue skies, so there is that to be thankful for. 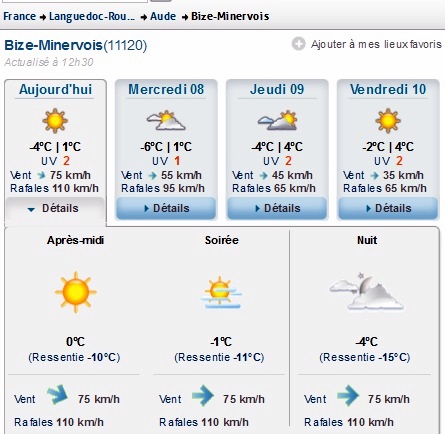 And they're a little destructive. Well, they have been in my courtyard, anyway. Yesterday it blew down the dividing fence, taking my planter boxes with it. 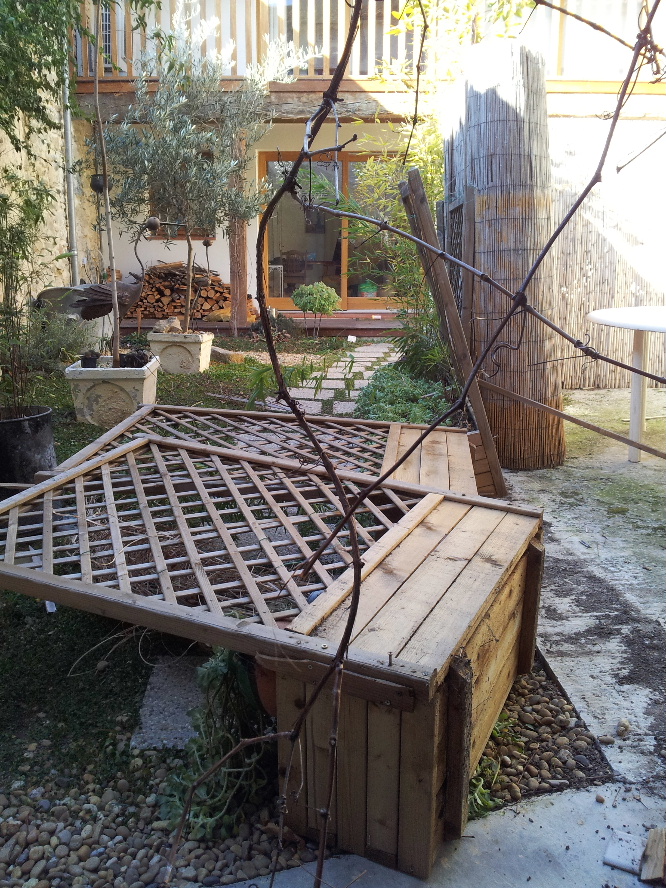 So I’ve rolled up part of the bamboo fencing, as it’s not going to stay upright for long in this wind. Perhaps now’s the time to consider putting in a more permanent structure - some posts cemented into the ground or something …..

This is the longest cold spell I’ve experienced since I’ve lived here. We’ve had snow before but it’s not lasted more than a couple of days. And my fish pond has only ever had a thin layer of ice on it, and that’s not lasted long either. 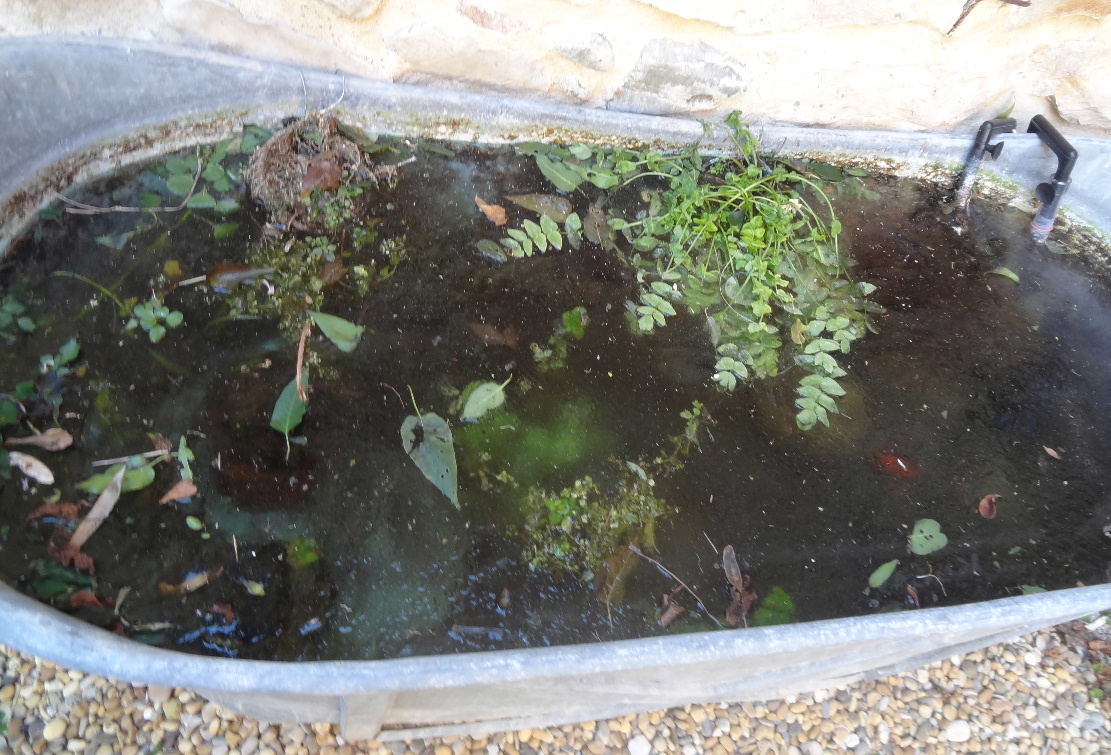 At the moment, the ice is about 2 – 3 centimetres thick and the fish are looking rather lethargic. 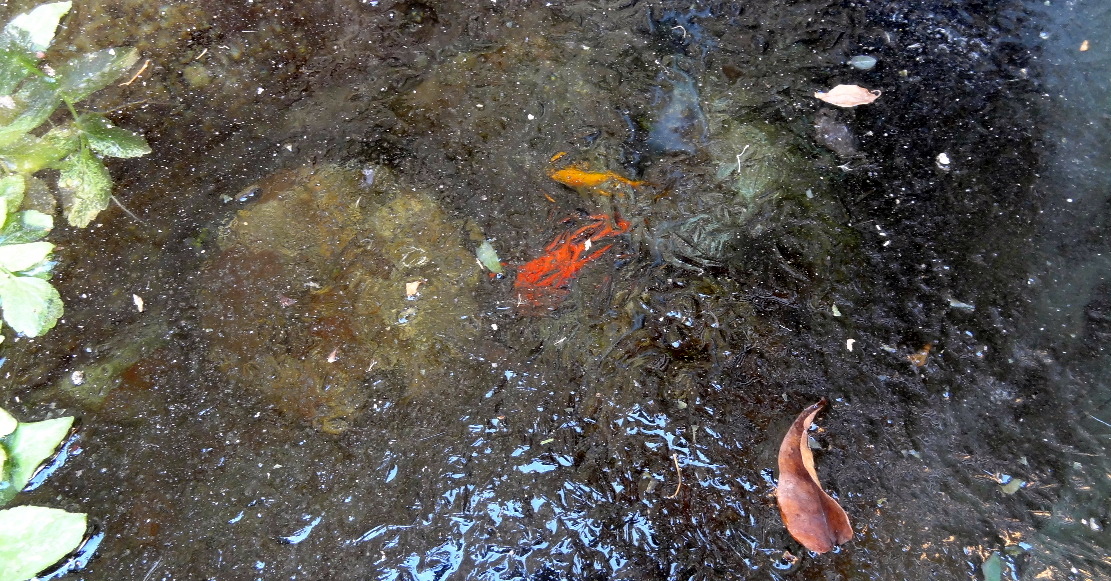 Some of my plants are looking decidedly unhappy – parsley’s a goner I think. 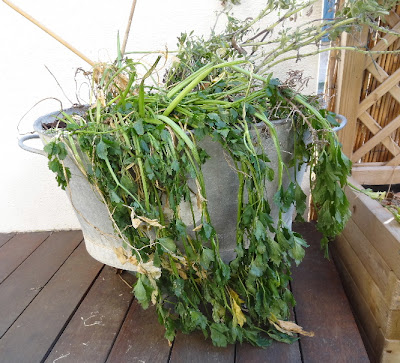 But what seems not to be suffering at all – and in fact is looking really good is my wattle (acacia) tree. It’s just about to blossom. 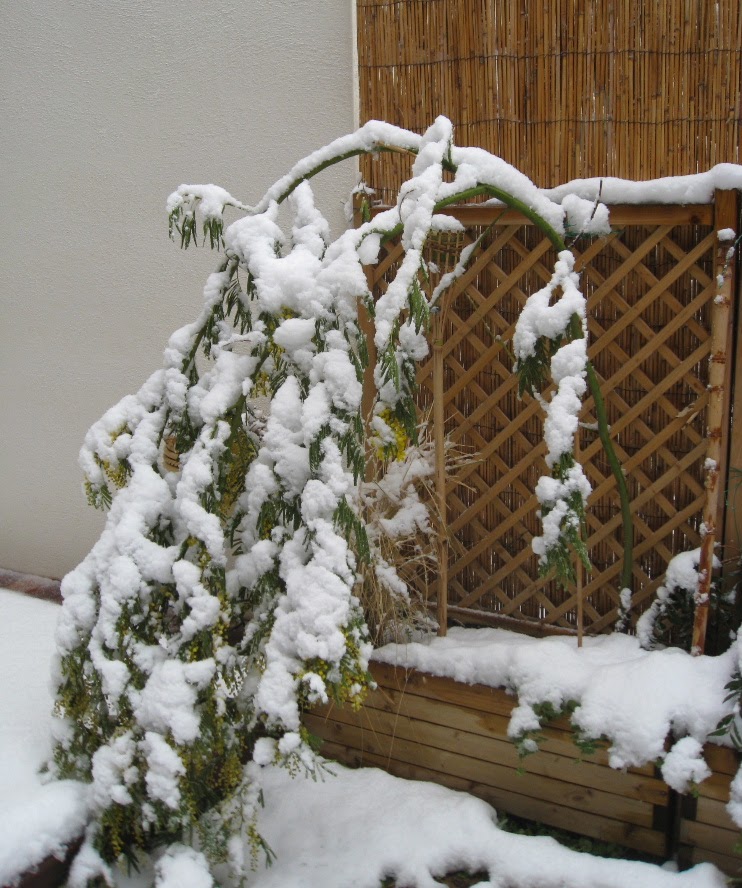 Here’s a photo of it taken two years ago, weighed down heavily with snow.

I don’t know what I was thinking of, planting a wattle in a planter box – so back he went into the ground. And it’s never looked back.

A bit spindly, and tied to the upstairs balcony with a bit of rope – but doing a good job of creating a bit of summer shade for the courtyard.

And because I’ve been spending rather a lot of time indoors until it warms up a little, I’ve been trying to tidy up my photo folders. I’m a little lax when it comes to culling and categorizing. So I’m posting a few totally random ones that I stumbled upon which I quite like ……