I arrived back in Perth after 29 hours Toulouse through to Perth via London and Singapore. And after 4 days here, I think I may have the jet lag finally under control. Day 2, I woke and saw light all around the blinds, checked the bedside clock- 0720 -  and thought .... yes, a good night’s sleep. No problems this time. So turned the computer on, surfed the net, watched a movie – waiting for the others to wake up. A couple of hours later noticed the time on the computer was 2am! It was a full moon, hence the brightness outside, and I’d looked at my bedside clock that travelled with me from France – still on French time. So ... it’s been the usual problem of more than a couple of days before getting back to normal.

I’ve caught up briefly with a few people and today visited an aunty who lives in the northern suburbs, not far from the coast. She advised I drive back along the beaches as the sea was really fierce. We’ve had dreadful weather these last two days. Stormy weather with strong wind and rain, with electricity out in a couple of parts of Perth. Fortunately besides a few flickers of the electricity, I’m still on power here.

And a few photos of the sea - not its usual blue with swimmers and sunbathers - though there were a few hardy surfers and a lone kite-surfer braving the elements. 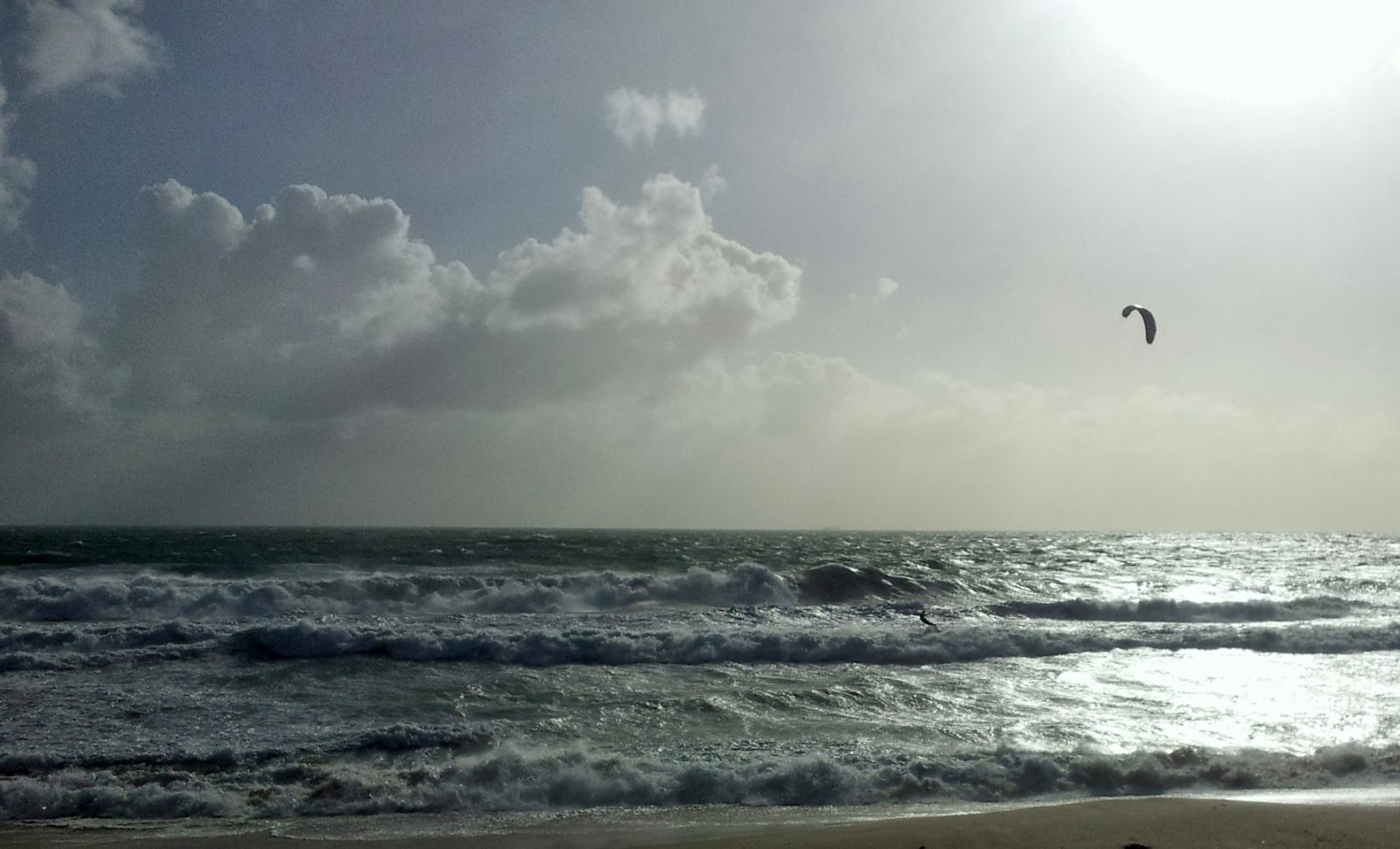