This week’s walk started here in Bize, to the Tower of Boussecos.


It’s a walk many of us have done before, but recently the Bize Patrimoine (Bize Heritage Association) has cleared huge amounts of scrub and bushes, cleared pathways and generally made it easily accessible to all. So I got to see it from the south side for the first time.

A great job and a really enjoyable walk – the late afternoon winter sun on the rocks was stunning. 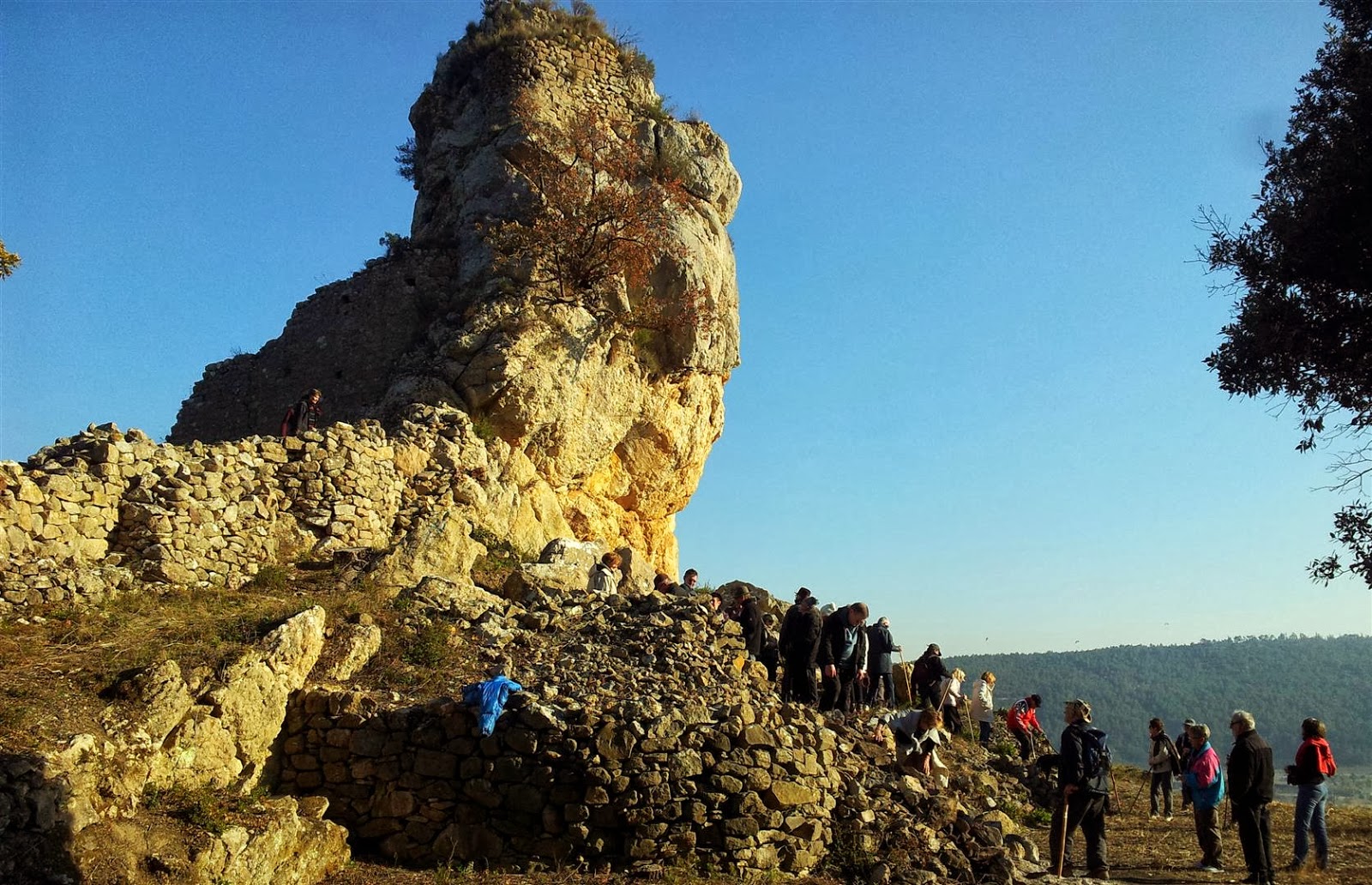 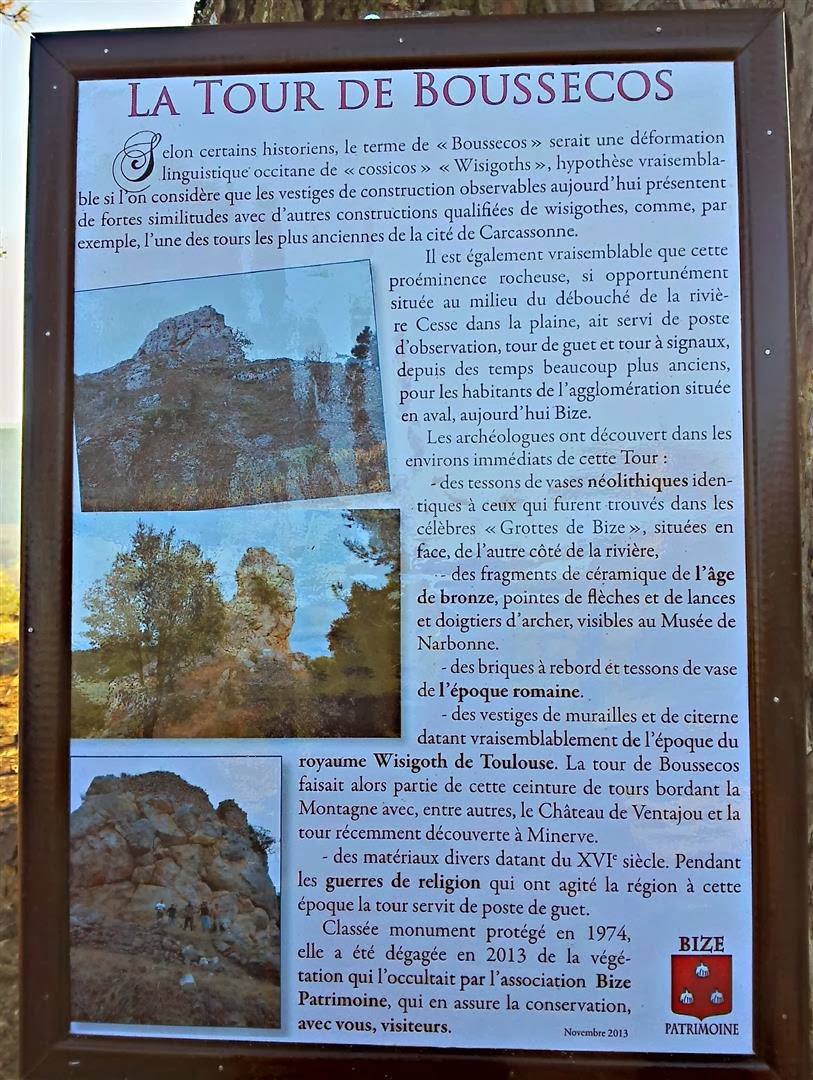 Translation of the recently installed information board:

According to some historians , the term  "Boussecos" is an Occitan linguistic distortion of  "cossicos " (Visigoth) - a plausible hypothesis if we consider that the building remains observable today has strong similarities with other Visigoth constructions - for example, one of the oldest towers in La Cité at Carcassonne.

It is also likely that this rocky prominence, so opportunely situated in the middle of the Valley of the River Cesse, has served as an observation post , lookout tower and signal tower from much earlier  times, for the people of the region situated downstream – today the commune of Bize-Minervois.

Archaeologists have discovered in the immediate vicinity of the Tower:


Listed as a protected monument in 1974, it was cleared in 2013 of the obscuring vegetation by the Bize Patrimoine (Bize Heritage Association), which ensures conservation, with you, the visitors.