A quick trip this afternoon to Saint-Pons-de-Thomières about 35 kilometres north of Bize to catch the Tour de France on the to Castres leg of the event. As I got close, the road was – not surprisingly – closed off, with signs showing a deviation. Deja bloody vu – I’m off on another unplanned scenic tour through the mountains.

But I certainly got to see some pretty spectacular scenery (when I could take my eyes off the road for a second). When I did arrive into town from the other direction, parking was at a premium with all the main street closed off and I ended up parking on the outskirts quite a way from the centre.

But my timing was good as it turned out. Not long after I joined the crowd and got into position at the side of the main street, a parade commenced - floats and other commercial vehicles. Lots and lots of them.

And many of them were throwing out all sorts of things into the crowd – packets of coffee (!), key rings, posters, hats, books, toys, sweets, packets of pretzels – an amazing array of stuff. The crowd was having a great time amassing bag loads of goodies. 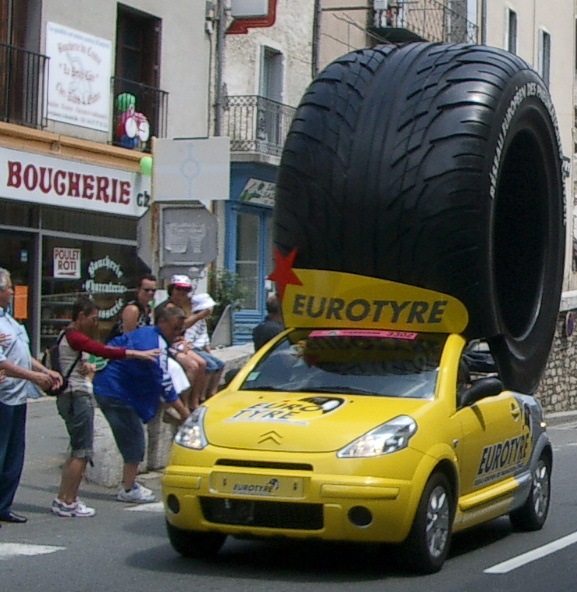 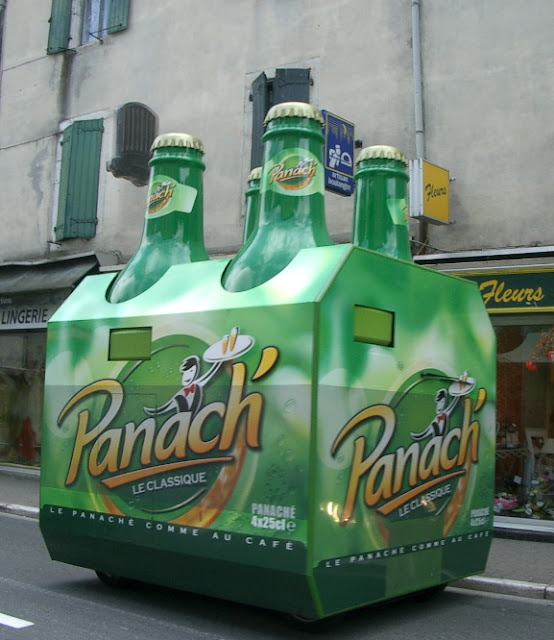 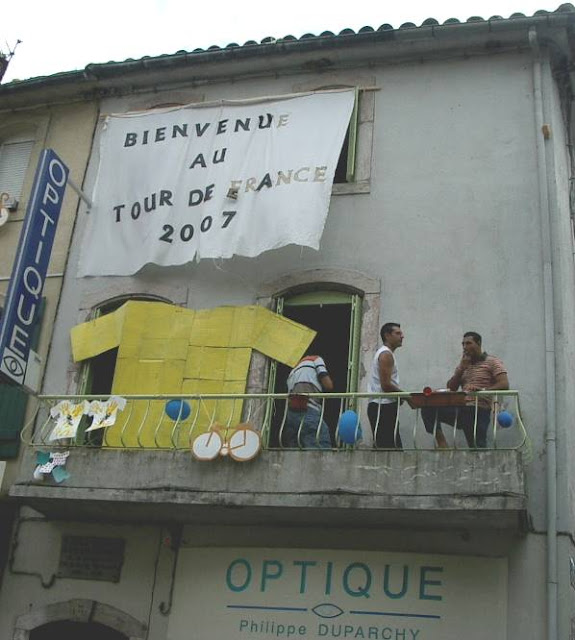 Sage and Indigo: take note – I didn't come away empty-handed. I managed to get something for you (one each ...) for when you arrive here in August. 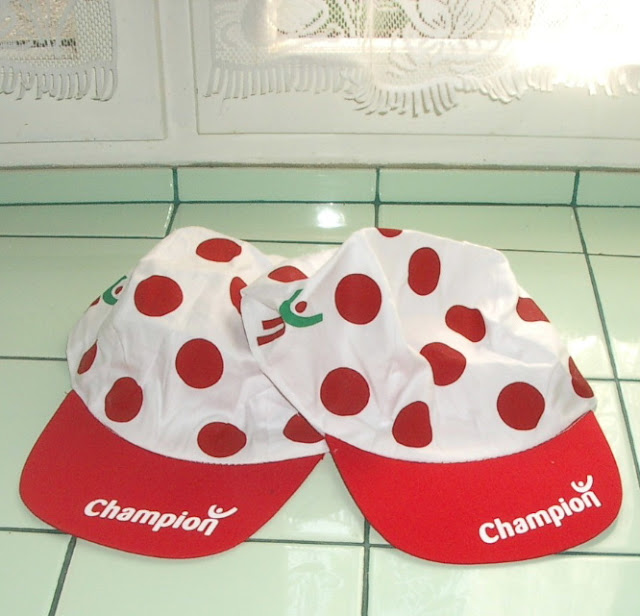 And I only had to wrestle two young children to the ground to get them. Easy.
And there was a bit of an Australian thing there as well – a vehicle in the parade with a bicycle-riding kangaroo on its roof ..... 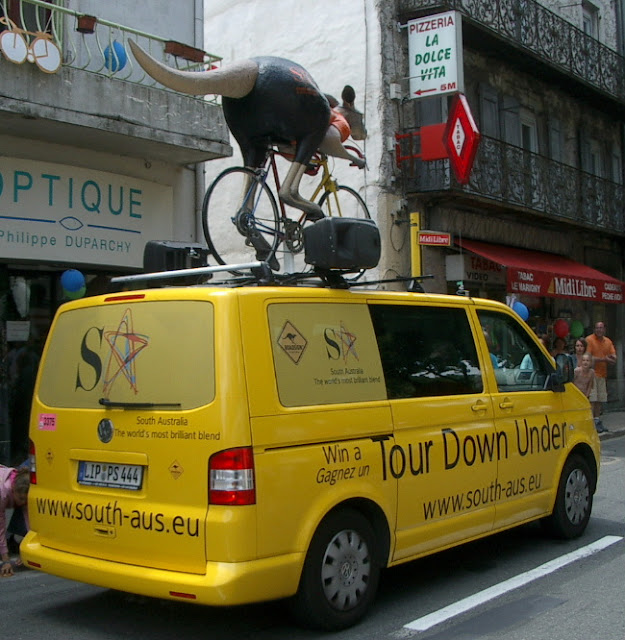 ....... and a spectator who not only had an Australian flag, but also a blow-up kangaroo complete with joey under his arm …. 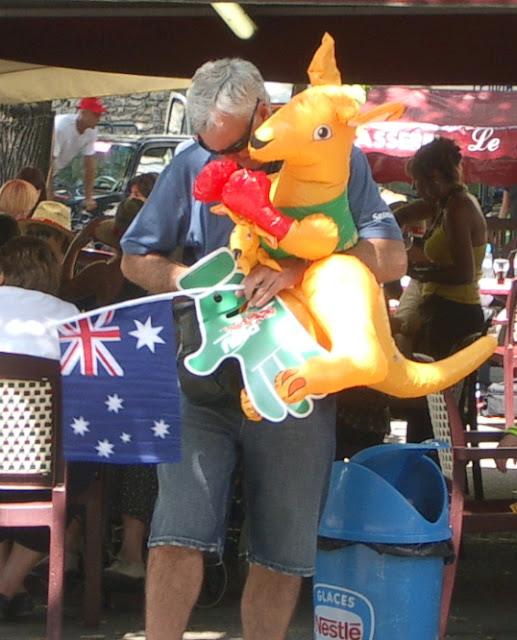 Nice buildings in the main street of Saint-Pons – 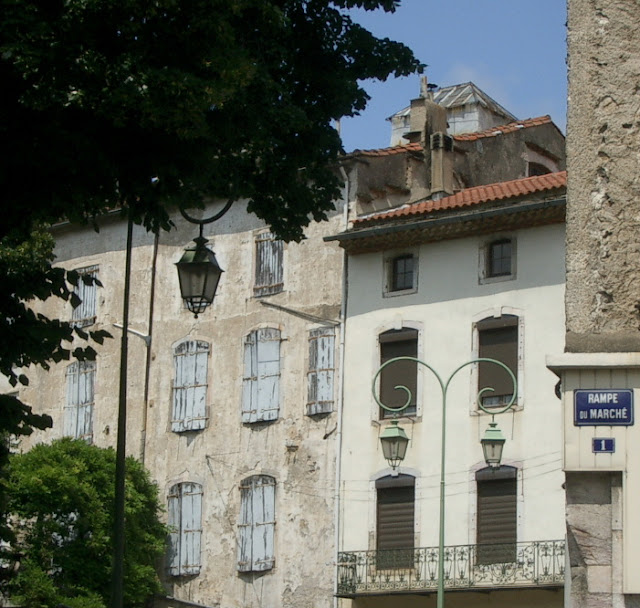 And finally the riders arrived, one or two (perhaps the leaders?) accompanied by gendarmes on motor bikes, and then a little later, the main group. What a sight. I was in fact in a pretty good position and got my finger on the video button of my camera in good time.


It may be obvious by now, given my recent postings of video clips, but I’ve found out how to use the video recording thingy of my new (mostly useless) digital camera. So, for normal photos, I use my old faithful camera, and my new-ish one (that only seems to take blurry photos) is set permanently to video. It does mean that I’m carting two cameras around all the time, but I’m having fun practising.

So watch this space – because this weekend is the Bize Olive Festival - Fête de l'Olivier - one of the village highlights and busiest weekends of the year. And I'm feeling trigger-happy.