Progress on the renovations has been going great guns – except for this week when the builders have been pretty thin on the ground. And not likely to return until next Monday – the boss is ‘en vacances’ in Spain, there’s a public holiday today and a lot of the manufacturing companies are apparently also on holiday this week. Not to worry – things are still well on track. I hope these are not famous last words.
Some HUGE pieces of stone that were buried (one of them was part of a set of steps) and had to be removed: 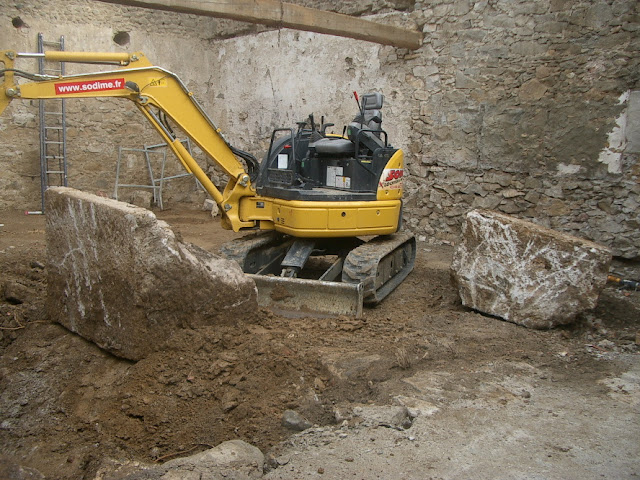 And being taken out through the garage. This is the smaller of the two rocks - I missed getting a photo of the removal of the huge one - they had to bring in an even bigger piece of machinery to get it out. 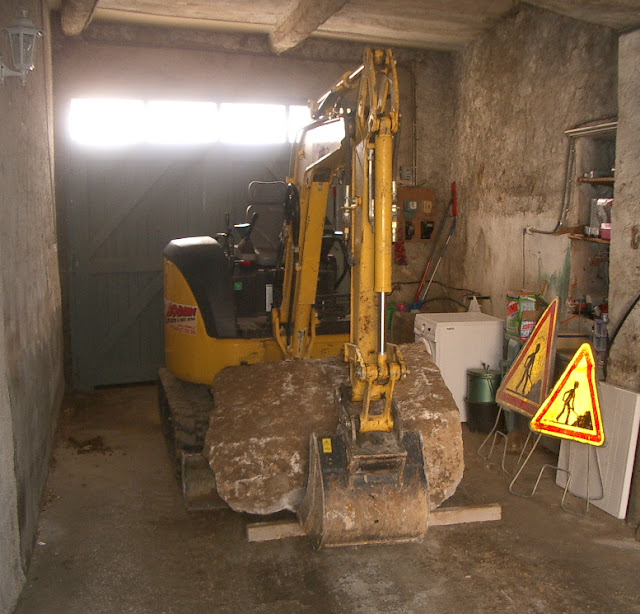 Some pipes go in: 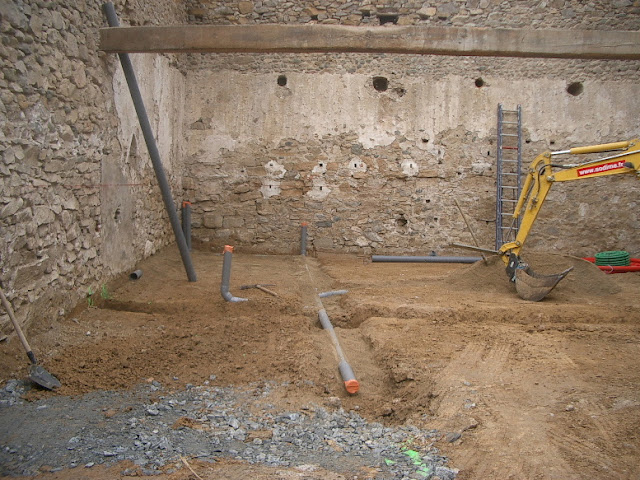 The cement on the ground floor gets poured - 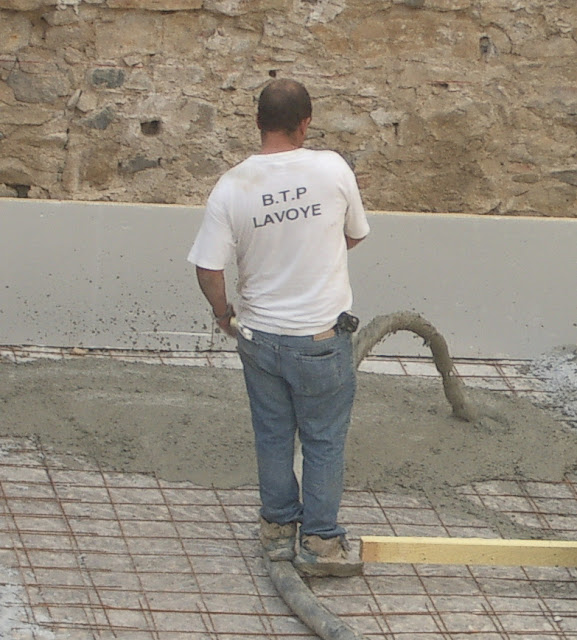 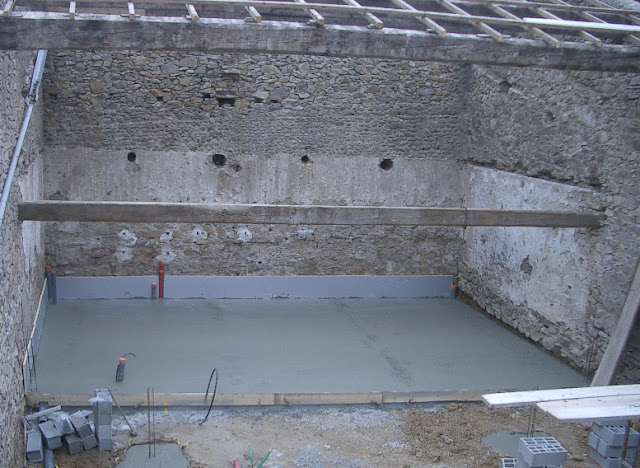 And the bottom half of the front wall is nearly done … 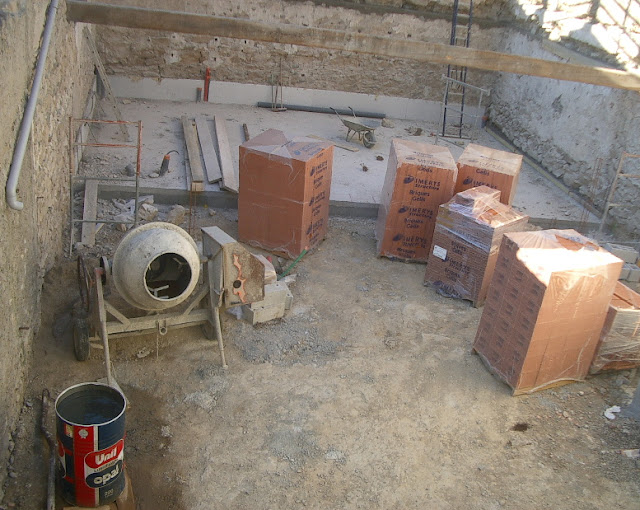 It looks awfully small from this perspective! 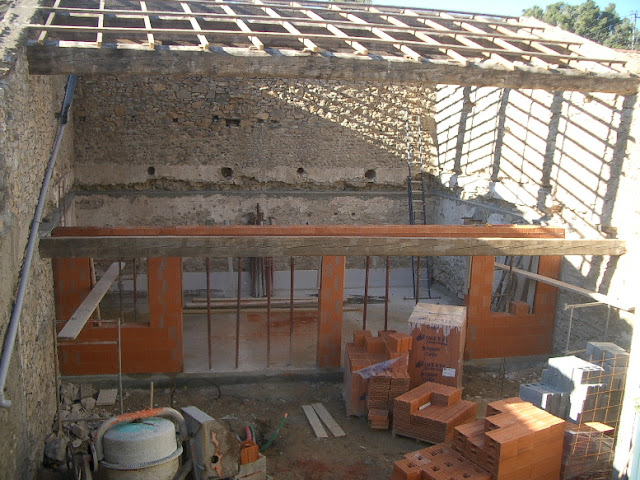